Guest column by Lou Martin: My journey, my destiny! 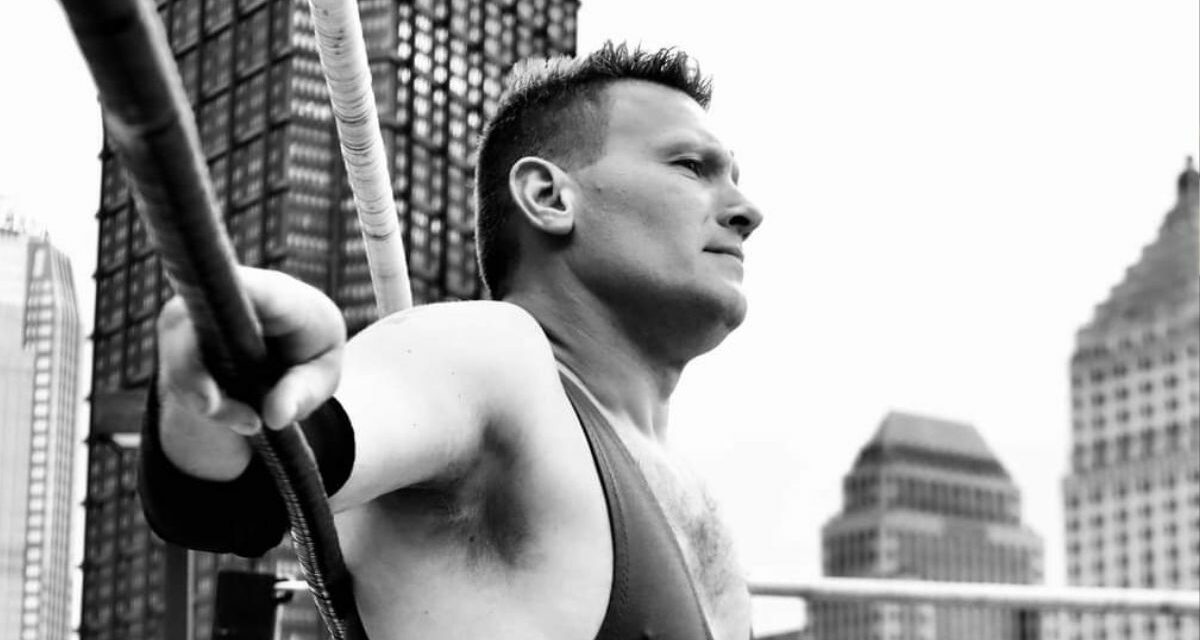 By “THE FACE OF PITTSBURGH” LOU MARTIN – For SlamWrestling.net

Like most kids my age, I was fascinated with sports.

Growing up hockey was my favorite sport. My love for hockey came from my Dad and I was always awe struck by the athleticism and toughness hockey players displayed.

There was another sport that I enjoyed that I wouldn’t come to fully appreciate until I had the privilege to step in the squared circle… pro wrestling.

In Pittsburgh, you have the reverence of the Studio Wrestling days and the mythical persona of Bruno Sammartino.

As I would find out as my professional wrestling career progressed, everybody in Pittsburgh has a Bruno story which only adds to his legendary status.

In the 1980s, there were plenty of options to read about or watch pro wrestling on TV.

This was the era that started my love of pro wrestling.

The tradition, storytelling and bloody feuds of the territory days with promotions under the NWA umbrella, AWA and more were so compelling you wanted more. Then you had all the pomp and circumstance of the WWF and its larger than life characters.

How could not love pro wrestling?

The men that intrigued me most were Ric Flair and the Four Horsemen, Dusty Rhodes, Playboy Buddy Rose, George Steele, Harley Race, Andre The Giant and Curt Hennig to name a few.

The man that really hooked me though was Roddy Piper. He was unpredictable but calculated. Unhinged but the smartest guy in the building. Every word and action meant something. Just the coolest guy on my TV. He was must see each and every week.

As the ’90s hit and my interest in a certain girl and what the future may hold increased, I found the time I used to dedicate to pro wrestling faded.

As the Attitude Era and the Monday Night Wars heated up so did my interest back into pro wrestling. A group of us friends would get together every Monday and for pay-per-views, eating food, laughing and watching wrestling and dreaming of becoming pro wrestlers ourselves. NSWA, The K Dome, Bader St. and Voskamp St. hold so many fond memories.

A friend, Skippy Hawke, found a local pro wrestling school and signed up weeks later. Soon after Shawn Blanchard and I started training and, as they say, the rest is history.

It was a good six to eight months of training before we got our chance. I wrestled under a mask the first few times (if you know, you know) and then “Dr. Devastation” Lou Martin was born.

Shawn Blanchard and I quickly meshed and The VIPs were formed. We cut our teeth in the WPWA before becoming founding members in the Keystone State Wrestling Alliance (KSWA). 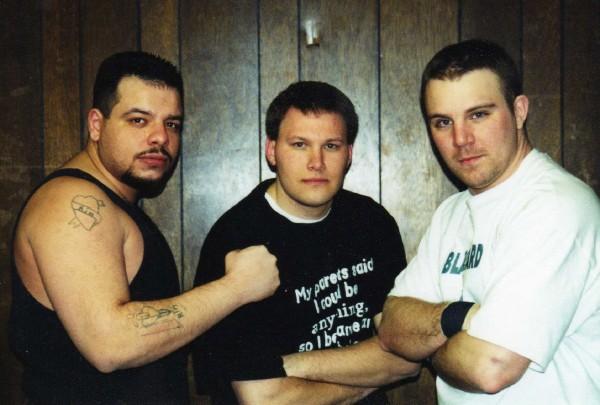 Twenty years ago, the VIPs were The Latin Assassin, Lou Martin and Shawn Blanchard.

Blanchard and I and whatever iteration of The VIPs were always a staple of KSWA events and very successful. Title reigns, main events, high profile matches and running roughshod was what we did best. We were different in so many ways but had the same goal and that is what made us click.

Unfortunately things started to unravel after years of Blanchard’s constant negativity and bashing of Pittsburgh, my hometown, and its great people. It became too much. A change was needed, I was positive of that.

The KSWA’s first event in February 2000 was a fundraiser and has become one of the hallmarks of the promotion to this day. Since the inception of KSWA we have participated in over 100 fundraising events. That is something I am very proud of.

The people I have met and the friendships forged through my 20+ years in the wrestling business have been life changing to say the least. The fans, without your support and enthusiasm we would not be able to do what we love event after event. For that I am forever grateful.

The wrestlers and their families who became my family, the countless people who helped make sure the events went off without a hitch, all of the organizations and businesses who teamed with KSWA and myself in particular.

My time associated with Connecting Champions mentoring kids and young adults with cancer who wanted to be professional wrestlers has been one of the most rewarding things I have ever done. The relationships I have built through this group have meant so much and I will always treasure them.

Last and certainly not least is my family. Without their support I am not sure I would have made it this long and I love you for that!

Now back inside the ring. 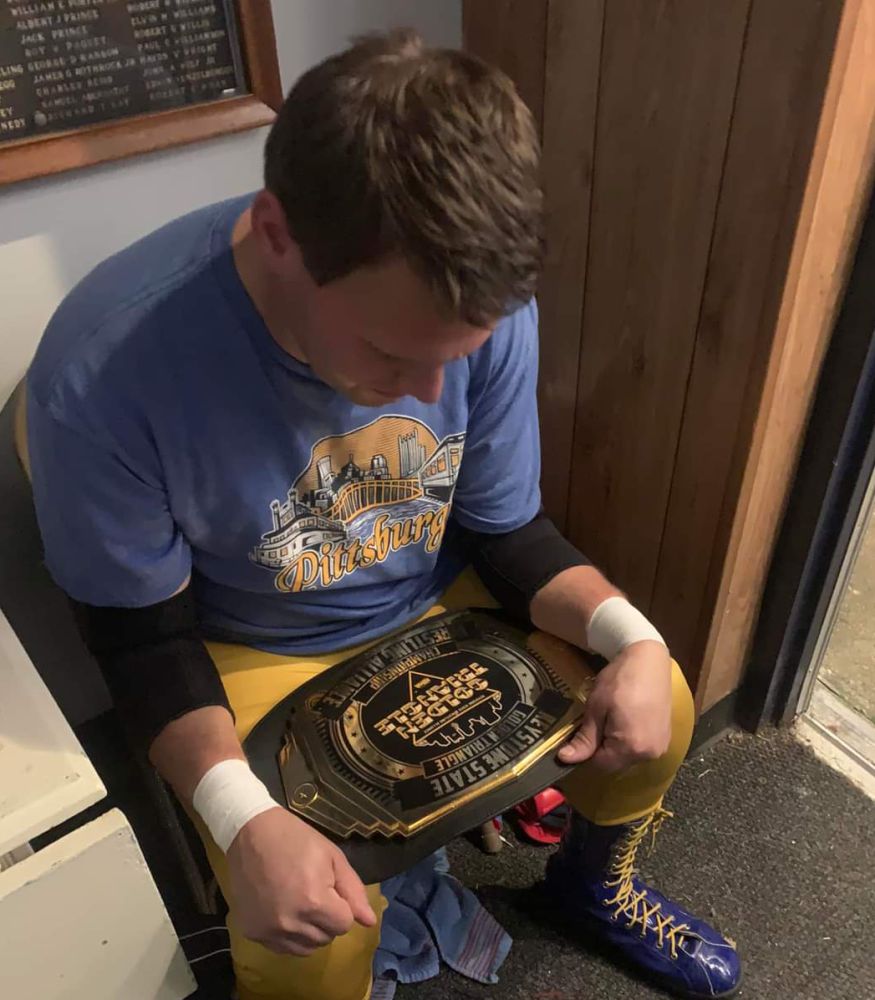 I have had the honor of winning many titles, trophies and awards during my time in the KSWA but being KSWA Heavyweight Champion tops them all. Knowing you are the standard barrier and representing the company at the highest level was something I always took seriously. My two KSWA Heavyweight title runs were two of the longest in the history of the company proving how important that belt is to me.

On Saturday, December 3rd, at FanFest I get another opportunity to become KSWA Heavyweight Champion against J-Ru.

These opportunities don’t come by very often so I am 100% focused on this match. I know what is at stake as I may never get a shot like this again. This match is different from the previous KSWA Heavyweight Title matches I have had in the past.

To me, this is the most important match of my career.

I am ready to carry the mantle of KSWA Heavyweight champion once again and take it to new heights like never before.

TOP PHOTO: Lou Martin outside for a KSWA bout in Pittsburgh. Photo by Howard Kernats