Brock Anderson and Brian Pillman Jr. creating their own legacies in AEW 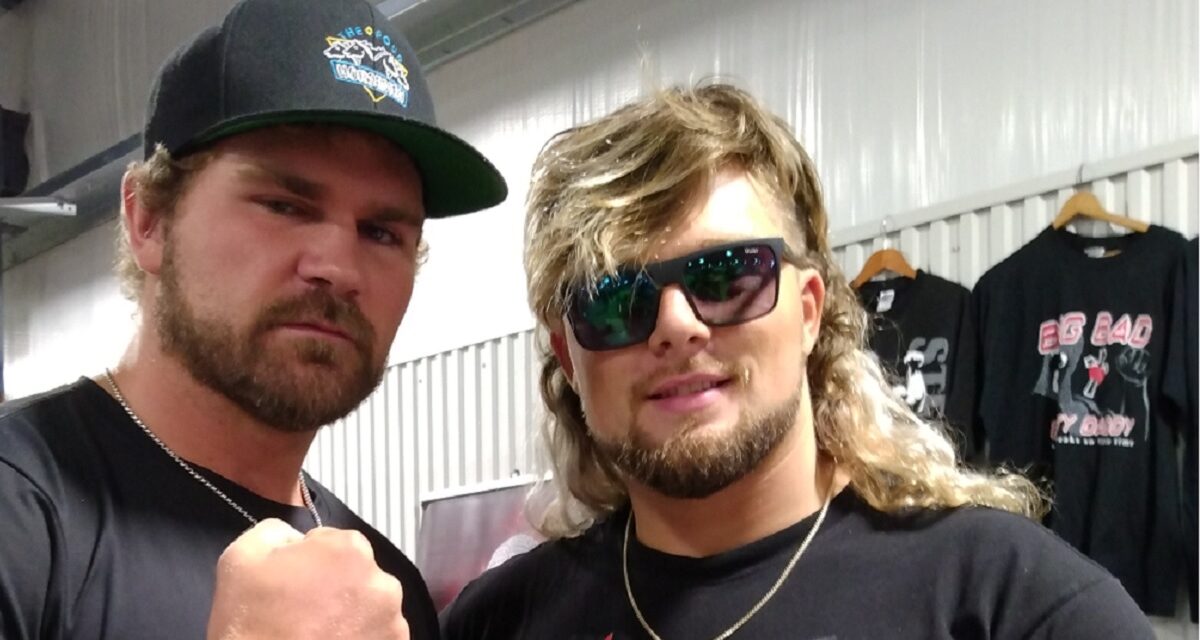 With so many members on AEW’s roster, it’s not known how many of them will be making the trip to Toronto when the company makes its Canadian debut this week. Though, as of yet, Brian Pillman Jr. and Brock Anderson, have not been announced as being on either the Dynamite show on Wednesday or the Rampage tapings on Thursday, both of them are hoping to continue their wresting journeys with a trip across the border. SlamWrestling.net spoke with the duo shortly after the company announced the Canadian dates.

“Yeah, we’re finally coming up to Canada,” Pillman said during a sit-down at July’s Starrcast weekend. “It’s one of those things that had been promised before the pandemic changed things. I’m a huge fan of Canadian wrestling, so I’m excited that we’re bringing the whole AEW roster up there.”

“I think Tony [Khan] made it a priority to go international this year,” added Anderson, “so he’s fulfilling those promises. It’s cool to go to (put on shows) in different countries, in front of different fans. And with everything that’s gone on in the world, it’s the right time to give those fans something because they deserve it. They’ve been watching our TV, following our product. So it will be great to give them the full live AEW experience.”

Gaining that type of experience is invaluable for younger performers, and Anderson knows how vital this kind of trip can be.

“I’ve been at this for one year, have had probably under 50 matches,” he said about his nascent career. “I just want to keep getting better, keep learning, keep getting opportunities, and see where the chips fall.”

Pillman Jr., who had experience on the independent scene and in Major League Wrestling before signing with AEW, is no stranger to the spotlight on AEW television. Not only has he been part of the Varsity Blonds tag team with partner Griff Garrison, but he has also seen his share of singles action. Of particular note was a very short feud with MJF, which was notable for the vicious comments MJF made about Pillman’s family, including his father, the late great Flyin’ Brian Pillman.

Some fans thought MJF’s comments may have gone a bit too far, blurring too much the line between character and reality. For his part, Pillman looks at it as simply part of the business.

“I get the benefits of all the things that come my way, and all my blessings, because of who I am,” he said. “But that also means I have to deal with the pressure that comes with that. I can’t tell these guys – you know, it’s low hanging fruit for them – but I can’t tell them not to (use) that (material), because I am who I am. Sometimes it makes you uncomfortable, sometimes it makes you mad. But at some point, push is gonna come to shove and (the character) Brian Pillman Jr. is gonna get tired of hearing my family being referenced and do something about it, go a little crazy.”

Thus far, Anderson hasn’t been involved in such high-profile storylines, though he’s hoping that will change in time. In the meantime, he wants to soak in as much knowledge as he can from the various veterans backstage – not the least of which is his own father, Hall of Famer Arn Anderson. 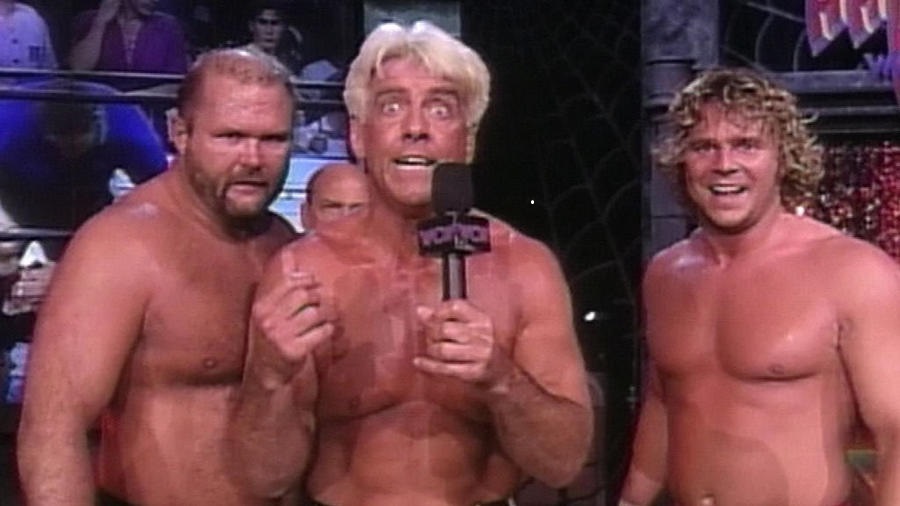 “I’m very fortunate,” Anderson acknowledged. “In the short time I’ve been there, I’ve got to work with a bunch of veterans, a bunch of guys that know a lot more about this business than I do. I’ve also been blessed in being able to learn from people who’ve learned from their own mistakes. So when I ask them, ‘What do you do here? What do you do there?’, they have those experiences of having seen it all.”

While Anderson and Pillman have teamed up at non-AEW shows – including at the Ric Flair’s Last Match event held in conjunction with Starrcast – the two haven’t yet paired up in their home company. Though, it would seem they would both be happy to do so if the opportunity presented itself, similar to how their fathers teamed up as part of the Four Horsemen faction in WCW. It’s all part of their longer-term goals they have set for themselves.

“We want to stay relevant, get to the top, and stay on top,” Anderson said. “We want to keep our names out there and perform to the best of our abilities, to keep getting those chances.”

“We want to be rich,” Pillman laughed. “Seriously, I think everybody in the business wants the same things. It’s pretty cut and dry. One day, we want to have belts around our waists. And long-term, we want to create our own legacy.”