White at Wrestle Kingdom presser: Okada is a ‘coward’ 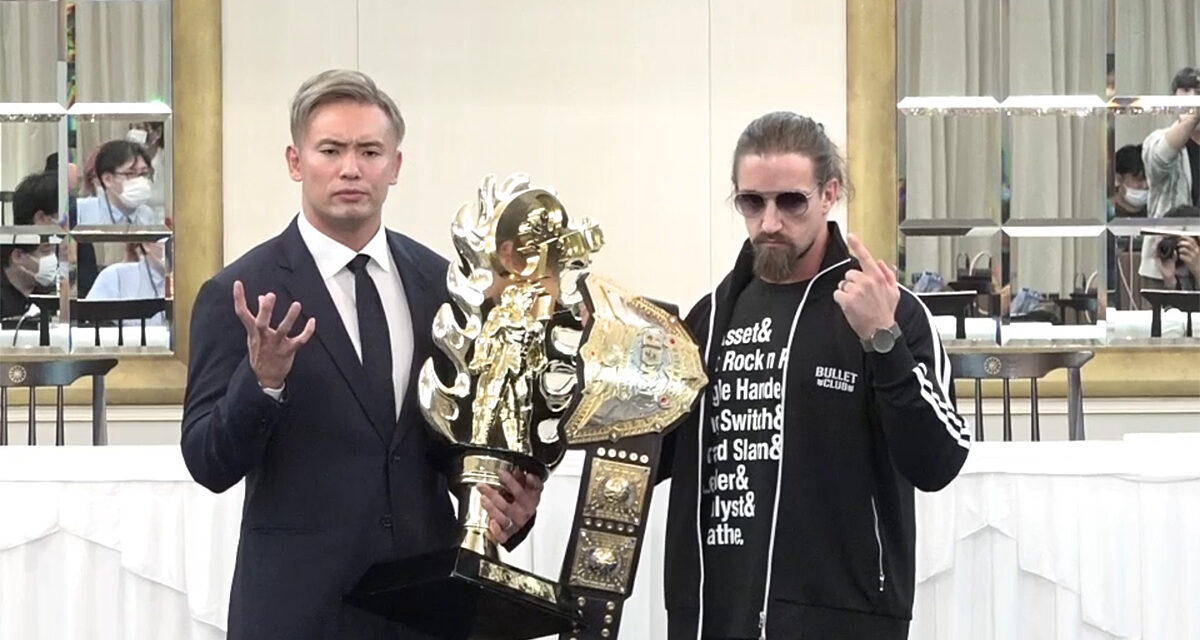 According to IWGP World Heavyweight Champion Jay White it has all been part of the plan.

At NJPW’s Wrestle Kingdom press conference today White too the opportunity to praise his Bullet Club pals Gallows and Anderson making a return to WWE on Raw last night.

“First things first, how about we shout out the Good Brothers? Gallows and Anderson making history. I don’t think you realize how big of a moment that is. A little earlier this year I talked about my vision for Bullet Club, all over the place and in all these different companies. It’s all part of the plan for the Catalyst of Professional Wrestling,” said White taking credit for Bullet Club’s “expansion”.

White will be defending the championship against Kazuchika Okada at Wrestle Kingdom 17 in the main event. White continued his diatribe attacking Okada on a personal level

“You beat JONAH but there was no pressure. I’m disappointed in you. Usually you’re the guy that steps up to the plate. You want those big moments but this time you stepped back and away. He had nothing to lose. Last night I called you ‘Okada the Coward’…You are not the leader that you think and try to act like. If you want to know what a real leader looks like, look to me. You want direction, look to me. You want to see the heights that one can reach and how to eclipse an industry, look to me. With all I say and do, you are drawn to me. I am gravity. You can’t deny gravity and you can’t deny me!” said White.

“Now as for the coward stuff, say all you want. You’re in no position to talk if you haven’t won the G1 like I have, Jay-kun,” laughed Okada rubbing that in White’s face.

Earlier in the press conference Okada explained why there needs to be a change at the top and he is the right man for the job. 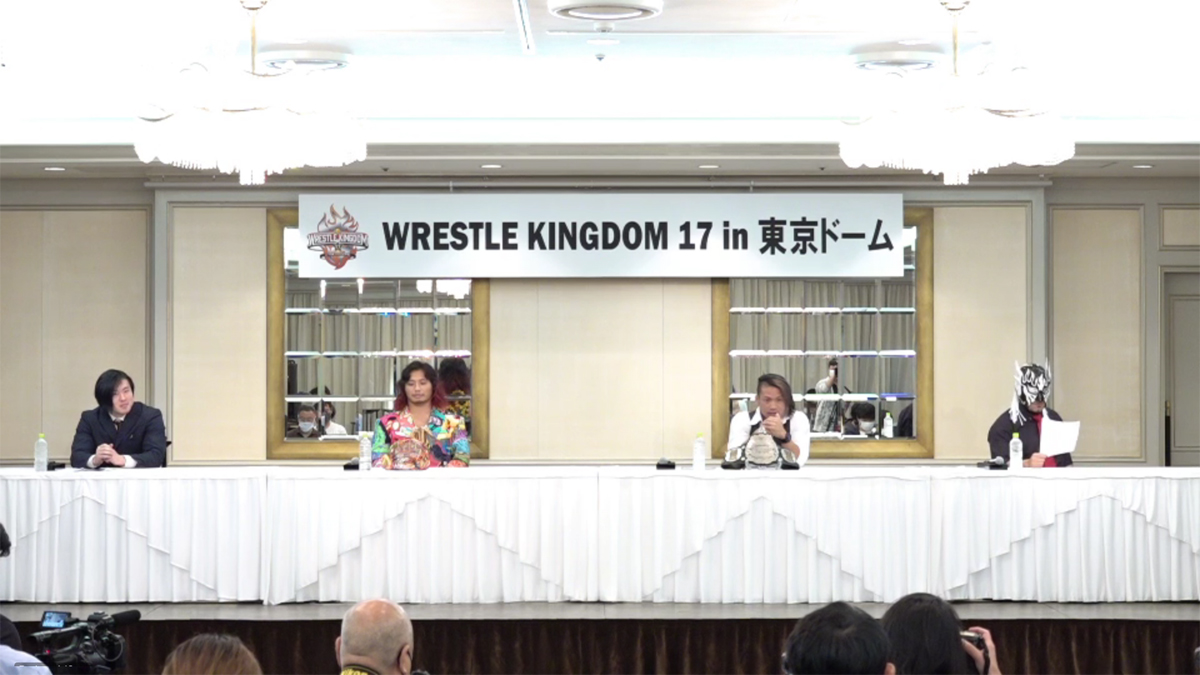 The ‘juniors’ take the stage at the Wrestle Kingdom press conference. Courtesy: NJPW.

NJPW has announced that Wrestle Kingdom will be dedicated to the memory of their founder and wrestling legend Antonio Inoki who passed away last week.

At the press conference NJPW also made the Junior Heavyweight Championship match at Wrestle Kingdom official. It will be champion Taiji Ishimori in a four-way match against Master Wato, El Desperado and Hiromu Takahashi.

Ishimori told the challengers: “I’ve got a lot on my mind, but first, this four way. Miyakojima’s favourite son Desperado wants a rematch. Wato beat me yesterday. Hiromu said his piece. So fine. You can say that all these guys are very qualified challengers. It isn’t like me to say this but at the Tokyo Dome we’ll show all those people watching exactly what junior heavyweight wrestling is about…In the end, I will be breaking all three of you!”

NJPW also announced the brackets for the NJPW World Television Championship tournament and revealed the first ever champion will be crowned at Wrestle Kingdom.

The first round matches are: