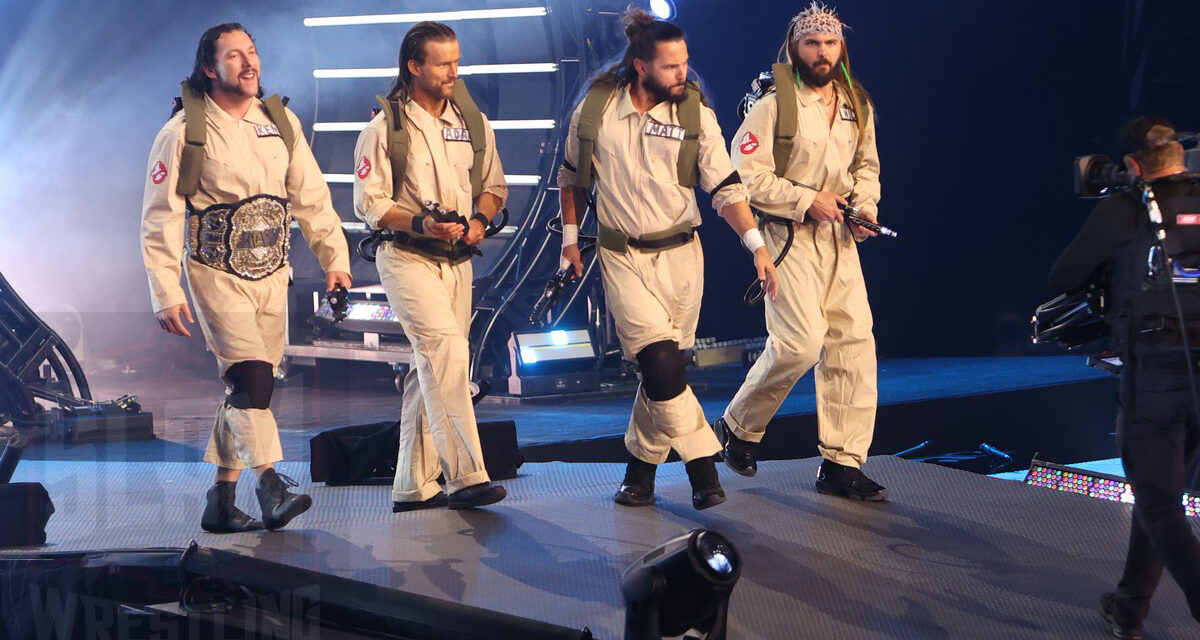 It seems as though there are more versions of what happened backstage after All Out Sunday night than Bryan Danielson has wrestling moves.

What seems to be true is that AEW locker room is divided over who is at fault and who is the bigger problem and why.

Courtesy of The Wrestling Observer what seems to be agreed upon on is that after Punk’s tirade at the press conference following the show, the EVPs (Kenny Omega, Matt and Nick Jackson) confronted Punk at his locker room. Inside were Punk, Ace Steel and Steel’s wife. Some are saying Punk and Steel were just defending themselves. Some say Punk and Steel were the aggressors.

No matter which version is the actual truth what is clear is that things got really heated, really quickly.

“They said there is no dispute that Punk punched the Bucks’ Matt Jackson (David Meltzer said multiple times), that Steel threw a chair that hit the Bucks’ Nick Jackson, or that Steel bit Omega and pulled his hair,” reports The Wrestling Observer.

Security had to eventually break up the brawl as both sides continued to yell at each other as they were separated.

Neither side nor AEW management has commented on the situation or if there will be any ramifications to those who were involved in the incident.

Backstage brawl after All Out