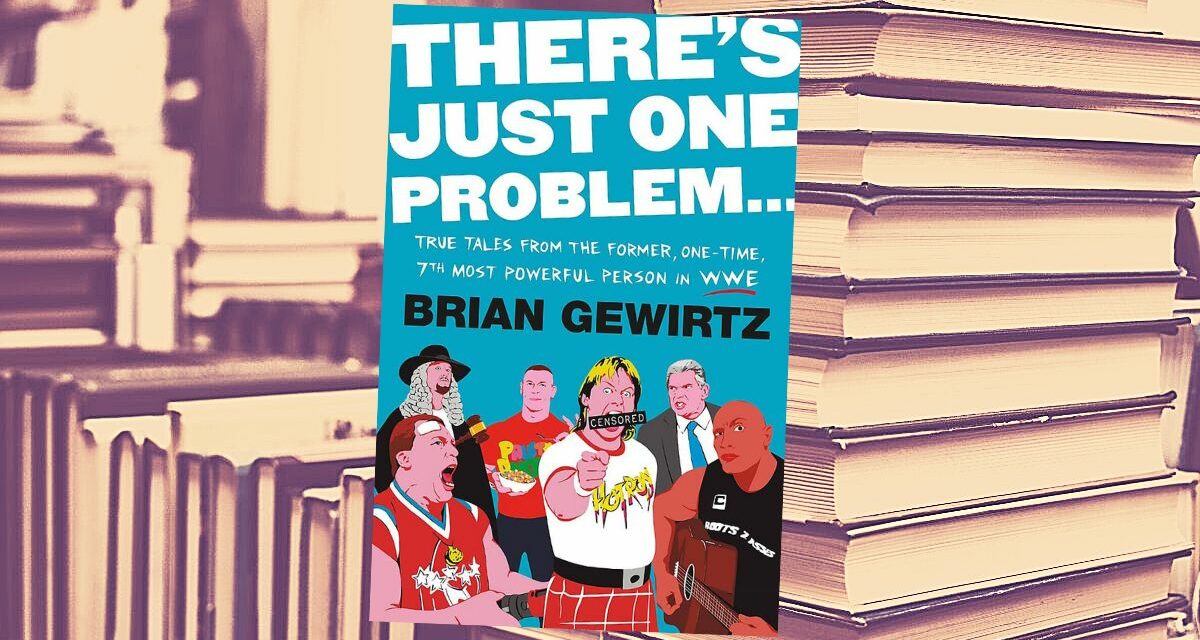 It is impossible to overstate the impact that the advent and all-consuming popularity of the internet has had on our everyday lives, our culture, and how we give and take in information. Professional wrestling has certainly not been immune from these changes; in fact one could argue that few industries have been impacted as much.

Aspects of professional wrestling that we now take for granted were not always so. In short, there are few secrets anymore. What happens backstage is revealed to the greater public almost as soon as it happens, words spoken both in the ring and behind the curtain are endlessly dissected online, the chair shots to the head are gone, but the table shots remain, the athleticism is more pronounced as is the risk-taking all for the constant need of the loud pop from an audience that is more educated about the business and discerning about the product than ever.

Brian Gewirtz had a dream to be a writer for television sitcoms. A longtime wrestling fan, and struggling to break into the television business, he took what he thought would be a temporary job as a writer, with the then World Wrestling Federation (now known as the WWE). Much to his surprise, and no doubt to the wonder of many of those with whom he worked, he spent the next 15 years with the company; much of that time spent as the Head Writer for the WWE’s television shows, including Raw and Smackdown. Gewirtz’s time with the WWE coincided with this time of great change in the industry, all of which is chronicled in Gewirtz’s newly published book There’s Just One Problem…: True Tales from the Former, One-Time, 7th Most Powerful Person in WWE.

Gerwitz found himself, quite unexpectedly, in the forefront of another trend in professional wrestling; as the product became gradually more and more scripted, which necessitated the emergence and importance of the “Head Writer.” To Gewirtz’s credit, unlike most of those in his position, he stayed away from the lure of the cameras and inserting himself into the on-air storylines, which gave him a sense of anonymity among the casual fan, which likely helped his standing with his fellow writers and the wrestlers themselves.

And because of that we have a book that gives a bird’s eye view of the backstage goings on of the WWE, post Attitude Era, right through the Ruthless Aggression Era and beyond.

Gewirtz himself is honest in There’s Just One Problem…, taking credit for his writing successes and accepts blame for the failures, as well as delving into his own relationships with the wrestlers, both good and bad. He also provides a welcome glimpse into the writing process and all those involved, how ideas are generated, enhanced and sometimes discarded. What one discovers within the pages is the sheer amount of backstage politics involved and the author’s self-professed ignorance, at least initially, of how to navigate those unfamiliar waters.

Standing head and shoulders above the “circus” is the unquestioned “boss” of the operation, Vince McMahon. The portrait that Gewirtz paints of McMahon is a unique one, and one that we’ve rarely glimpsed before, detailing their work relationship, as well as their personal relationship and how often those lines were blurred. McMahon comes off as many things in the book — all-knowing, wise, stubborn, egotistical, inattentive, supportive, driven, and, perhaps most surprisingly, loving. With all that being said, we learn that working for Vince McMahon can be at times all-consuming and always demanding.

Above all the book humanizes those larger-than-life figures that we see on our televisions every Monday night. Amidst the glut of professional wrestling books over the last few years, and especially autobiographies, Gewirtz gives us that rarest of books in the genre. He does not provide the reader with a puff piece, bragging about his accomplishments and making himself more important than he was, nor does he come off as bitter, throwing shade on those he didn’t like or sharing highly unflattering stories. Instead he gives the reader an insight into the creative process from conception to payoff, along with the inherent backstage drama, and ultimately an honest portrait of many the people that we see on our televisions but don’t get see in the “unscripted” world.