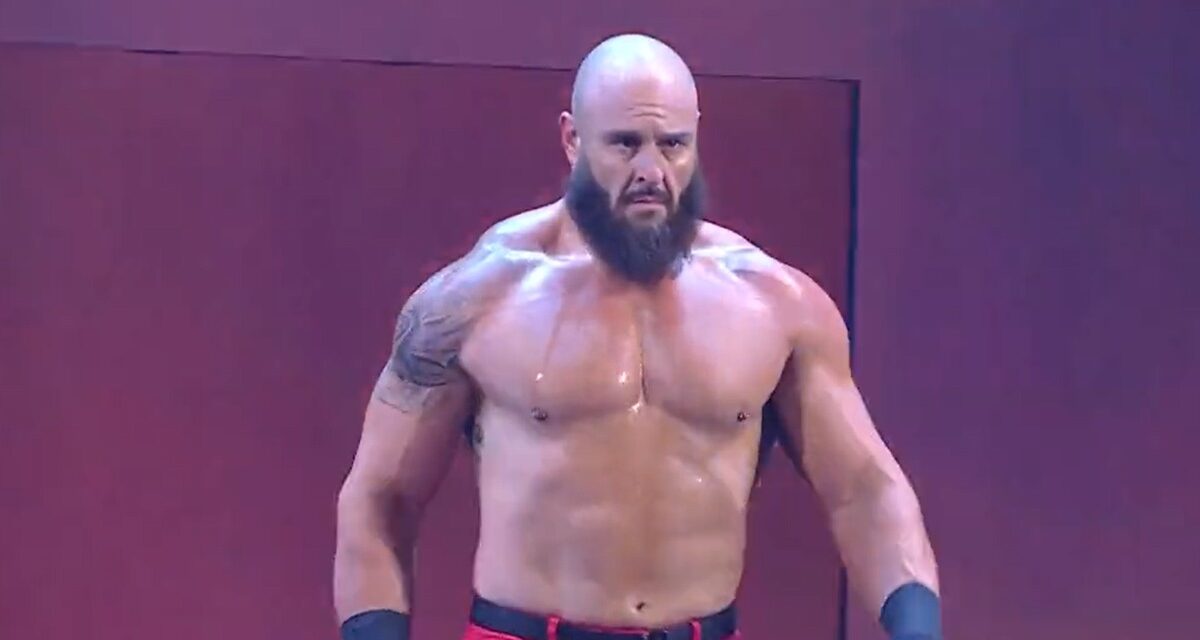 We’re live from Kansas City for RAW tonight, but unlike the last couple weeks, I have a feeling we won’t see a local legend.

We’re starting things off with the Rated R Superstar, Edge. We get a look at Dominik Mysterio turning his back on Edge and Rey while we wait for the Canadian to speak. Edge waxes nostalgic about how close he is with the Mysterios, before demanding that Dom come down to the ring. Papa Rey comes down instead and pleads his son’s case, but Edge is having none of it and demands that Dom come down.

Rhea Ripley comes down and says she made Dom into a man. The younger Mysterio comes in wearing black with a slicked-back mullet. Rhea has words for both babyfaces before she and Dom head to the Ring. Rey bails and tries to talk to Dom who stonefaces his dad while the crowd chants “Eddie’s son.” Classy.

Edge doesn’t move and is taken out by the expanded Judgement Day. Rey tries to play hero but he gets stopped by Dom and Ripley. The beatdown continues as it feels that the segment has dragged on too long. We seemingly reach conclusion after Edge takes a Coup de Gras, avec chair, to the knee. Judgement Day, by the way, has a shirt now.

Out in the parking lot, Miz gets grilled about Dexter Lumis and the Steel Cage match tonight against Bobby Lashley. Ciampa interjects as only he can. The segment comes to an end with Miz and Ciampa checking out an overturned car. RUN!

These matches are always awkward. Logic dictates that there should be one member from each team, not just one-on-one. We get a few highspots from the New Day and Profits. It’s hard to get into the match when all the teams except Los Lotharios have been champs. We need new blood in the division.

We go through not one, but two commercial breaks. Remember what I was saying about pacing a couple weeks back? I hope we get a squash next to even this out (personal feelings about this match aside).

Just when it looks like Chad Gable has victory in hand, Braun Strowman’s music plays and the big man makes his big return. Control your whatnow?

Gable looks like he’s seen a ghost, and is summarily obliterated, along with several others. I wonder if Nicholas is available for a tag team match…

Security tries their luck but get to no avail. Eventually Angelo Dawkins is put through the announcers’ desk via a running powerslam.

I agree with Booker T that Aliyah is improving, but she still has a way to climb. Being in the ring with vets like Nikki and Doudrop will help, but pretty much everyone is eagerly anticipating the heel turn by Raquel. The hope at that point will be that Aliyah has established herself enough.

Damage Control is watching from the back, and are showing about as much interest as the WWE faithful. Sorry to sound cynical, but the heels are overdue for a split and the faces are inevitably going to have the same fate.

Racquel captures a distracted Doudrop and hits a Chicana Bomb with assistance from the elevated state of the former Piper Niven.

Megan Morant tries to get some words from Papa Rey. Rey is fired up and challenges one of the members of the Judgement Day to a match later tonight.

We get a look back at Sheamus’ performance at Clash at the Castle before Austin Theory comes out wielding his camera and the MITB briefcase.

Theory shows off his briefcase and talks about being the future champ. He later stumbles over his words and eats it up like a good promo guy.

Kevin Owens then strolls out and pokes fun at Theory. The two soon start a back-and-forth before Owens calls for a match.

Owens starts out in a very dominant spot and carries the momentum he started into the break, and out of the break Theory’s in control. Who’da thunk it?

The match starts to get into some good back-and-forth and, like the earlier tag team match, goes across two breaks. The backstage and promo definitely help the pacing to swallow these longer matches “back to back”.

The momentum exchanges between the two a couple times over before Theory nearly gets a countout win. Pop-Up Powerbomb and a Stunner, however, seal the W for KO.

Very strong match, and if Paul Levesque is serious about getting Owens to the promised land, seeing Theory cash in on KO could lead to one hell of a feud.

Damage Control (or Ctrl as it’s shown on the Tron) comes out with music. We find out that SKY and Kai will be getting a rematch next week.

Bayley starts talking trash on Bianca Belair, which brings the champ out.

We get a standoff until Bayley backs her team up out of the ring. Interestingly, Bayley turns down a shot at the gold, saying she’ll take the opportunity when she wants to. That’s the sort of confidence we rarely see. Nice.

Backstage, Johnny Gargano chats with Sarah Schreiber until Theory interrupts. We then find out that Gargano’s first match back will take place next week on RAW.

Judgement Day is at ringside for much of the match while Rey does his best Hulk Hogan cosplay.

The match has flashes of brilliance but the long rivalry between Rey and the Judgement Day means it feels like we’ve seen this match quite a few times already. Thanks to distraction by Dom, Priest hits South of Heaven for the win.

Post match, Ripley demands that Dom and Edge square off next week. I think this would’ve been more impactful if Dom took his dad’s mask, but I guess that moment is still to come.

Backstage, an unnamed cameraman finally catches up with Strowman. Strowman announces that he’ll be at SmackDown on Friday.

Before we return to live action, we get a post-Castle Matt Riddle interview, who says that the issue with Seth Rollins isn’t over. Rollins is interviewed elsewhere in Cardiff, and refuses another match.

Before the match can get formally started, Ciampa and Miz assault Lashley.

The Match starts as you might expect – Lashley heroically fights through the pain while Miz takes as many shortcuts as he can. The match progresses extremely strongly, with Ciampa doing what he can from the outside.

Late in the match, Miz hits the SCF but can’t get the three count. Miz then tries to crawl out but only gets his fingers on the floor, not his feet. Ciampa then gets the Curt Hennig spot with the cage door, before Miz does the same. Miz is climbing out, but then sees Dezter Lumis on the floor as he tries to climb down. Miz goes back in the cage to get away from Lumis, and turns around into a Spear from Lashley. Predictable fun.

Post match, Lumis enters the cage and Miz tries to leave; but Lashley closes the door. Lumis gets his submission on Miz to close the show in a creepy ending.

Summary Some strong action with better pacing. Most of the finishes were predictable but the action within was largely fun. The Strowman appearance was spoiled by many, but it was still fun.