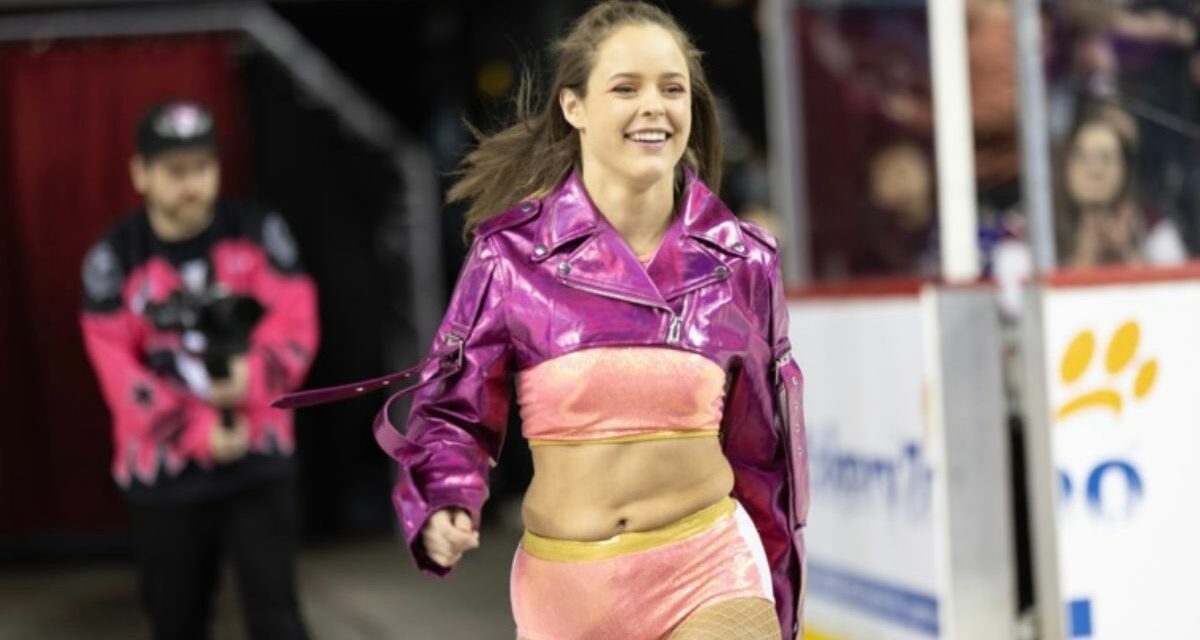 A new wave of female talent has swept into Western Canada and at the forefront of this injection is 23-year-old Zoë Sager.

Buoyed by increased opportunities in mainstream wrestling and a greater societal appreciation for women’s sports, Alberta and British Columbia promotions are finding themselves with an abundance of talented females who often times occupy the main event slot on shows.

Sager has taken the ball and run with it during her short, but very successful career on the independent circuit.

In less than four short years, she transformed from an eager student literally learning the ropes with WWE legend Lance Storm to entertaining packed crowds in enormous venues such as Calgary’s Scotiabank Saddledome and later this month at Vancouver’s Nat Bailey Stadium.

Originally scheduled as a tag team match, when opposing team member Liiza Hall was unable to make the show due to travel issues, it was abruptly changed into a triple-threat match featuring Sager taking on B.C. star Bambi Hall and Alberta’s Taryn From Accounting.

What quickly followed was a star-making performance for all three wrestlers, turning a cold match and negative situation into a red-hot contest. 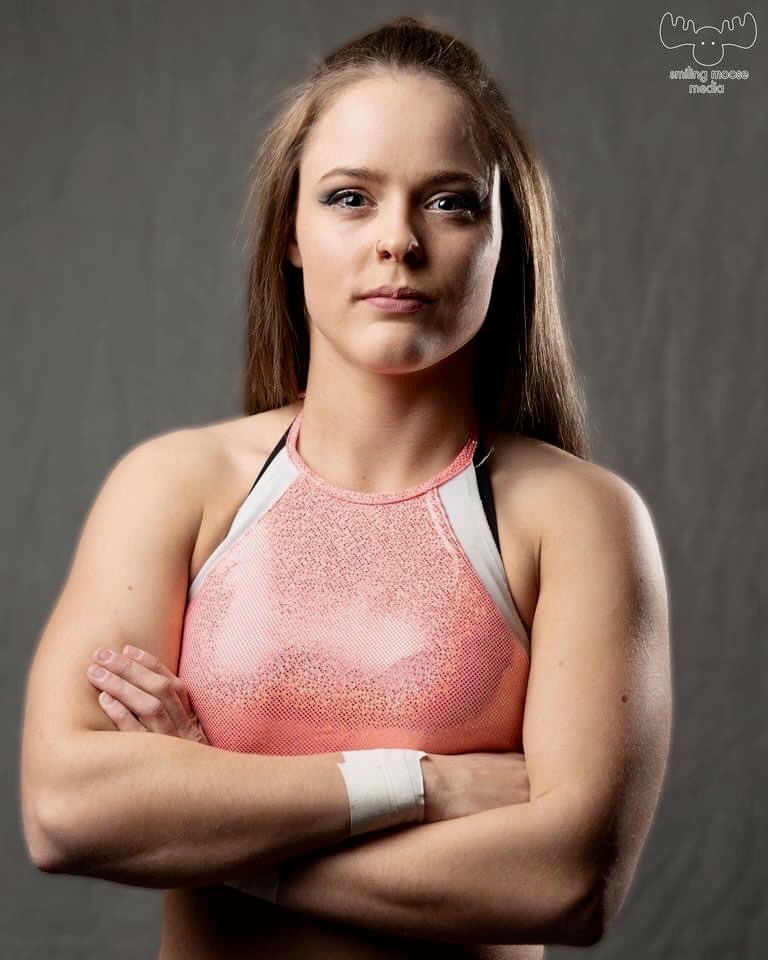 Sager said it was a great first impression and commends her opponents for making the best out of what was thrown their way.

“I’ve worked Taryn maybe the most of anyone in wrestling so we already knew each other and what we do,” Sager said. “But with Bambi we gelled really well. You never know going in how it’s going to work out with people you’ve never worked with but it went amazing and I think it was a very good match considering the situation we were in.”

The triple-threat allowed all three women to shine and showcased a number of double-team and solo highlights for each wrestler. Taryn From Accounting walked away with the win, but all three impressed and that fastball helped them establish themselves as regulars in the Vancouver-based promotion.

Sager said wrestling was something she was always aware of growing up, but she was turned off by some of the ways women talent was portrayed in the late-2000s, citing the “Piggie James” storyline as one of them.

She eventually returned to the product in 2016 after becoming interested in the Bayley versus Asuka NXT Takeover title match and her interest in wrestling reached a fever pitch.

“Literally everything had changed,” she said, comparing the different eras. “These weren’t just bra and underwear matches; these girls were treated like athletes and are doing incredible things.”

Sager, who played rugby and competed in swimming growing up, was inspired by those stars in NXT and after high school made the jump to the Storm Wrestling Academy. She said her time training under the former Intercontinental champion was huge for her development.

“It’s really a crash course,” she said, of the 12-week experience. “Still to this day I’m remembering little tidbits that he said that didn’t make sense at the time, but now after wrestling for four years, they just sort of click and you know what he meant.”

After finishing up with SWA, she sat under the learning tree of Alberta’s Michael Richard Blais. The veteran MRB is one of Canada’s most established indie talents, was trained by T.J. Wilson and has made appearances in World Wrestling Entertainment. Sager said MRB was extremely influential in her rise in the Alberta scene.

“He’s so good and so smart and knows the little ways to make things make sense for different people,” she said.

Sager competed in promotions across Alberta, Saskatchewan and Manitoba in the pre-pandemic era, but remained in her home province post-pandemic until venturing to NEW this year.

However, a new home for Sager emerged last fall when the Edmonton-based Love Pro Wrestling debuted on Oct. 15, 2021. She has become a mainstay for the promotion and has battled some of the top women in Canada and beyond including KC Spinelli, Ava Lawless, Nicole Matthews, Taryn From Accounting and Willow Nightingale. She’s also set to main event LPW 7 against rival Gigi Rey, which occurs on Aug. 26 in the Alberta capital. 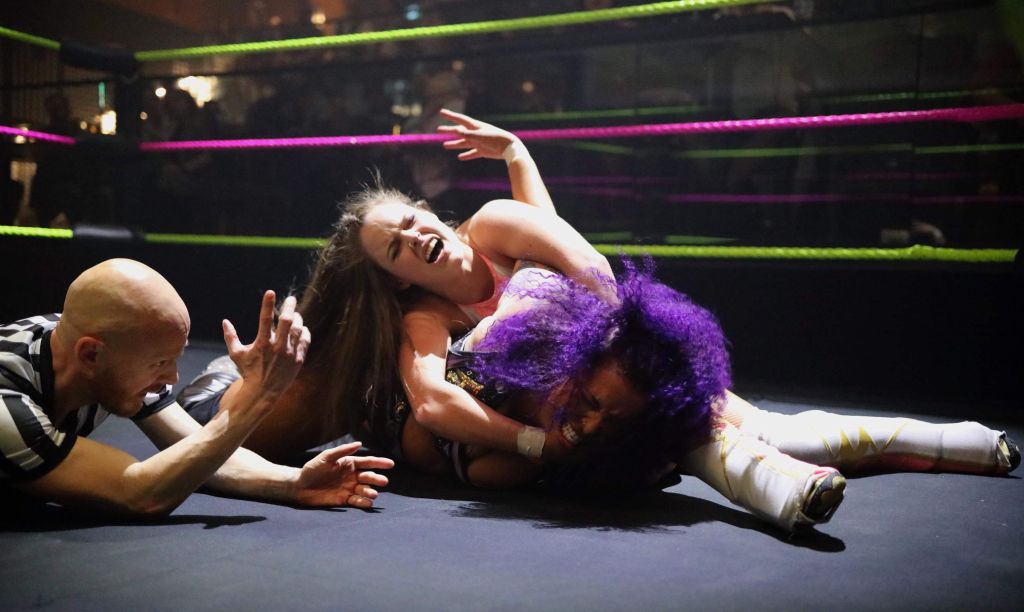 LPW owner Spencer Love said he believes Sager is well on her way to becoming a huge star.

“Even since her first match it’s been evident that Zoë not only had the talent to become a major player in Canadian pro wrestling, but the drive and determination,” he said. “If you have Zoë on your card, rest easy: you’ve got a match that’s going to deliver each and every time. She has an incredible mind for this business, and has gone out to give not only excellent matches each and every time she’s stepped in an LPW ring, but unique matches every time.”

Love said her talent and attitude will bring her great success in wrestling and he wouldn’t be surprised to see her get a shot with a television promotion.

“She’s gone head-to-head with some of the top names in North American wrestling and looked incredible doing it,” Love said. “She’s more than proven she cannot just hold her own, but excel, against the best of the best in professional wrestling anytime, anywhere.”

“Spencer has always been so nice to me and has always been trying to get Alberta wrestling seen by people outside of Alberta,” she said. “He’s given me so many opportunities and he allows the women to be the draw because we can have great matches when given the chance.”

Sager’s run in NEW also saw her battle the current NEW women’s champion and international star Nicole Matthews on April 7 this year. The stiff back-and-forth saw Sager take a beating, but also showcase some of her impressive strength on a smaller frame. One near-fall saw Sager perform a Queen’s suplex – holding the bigger Matthews on her shoulders, locking her hands and dropping her back first straight into a bridging pin. The move drew gasps from the crowd, but Matthews kicked out and eventually earned the win.

Sager is known for her “zed factor” move that she executes in a number of ways, but her move set also includes the Queen’s suplex, the Zoë -solution off the ropes and a number of stiff kicks and strikes. She said MRB helped build up her confidence to use the Queen’s suplex and using it is a nod to her love of Japanese wrestling. 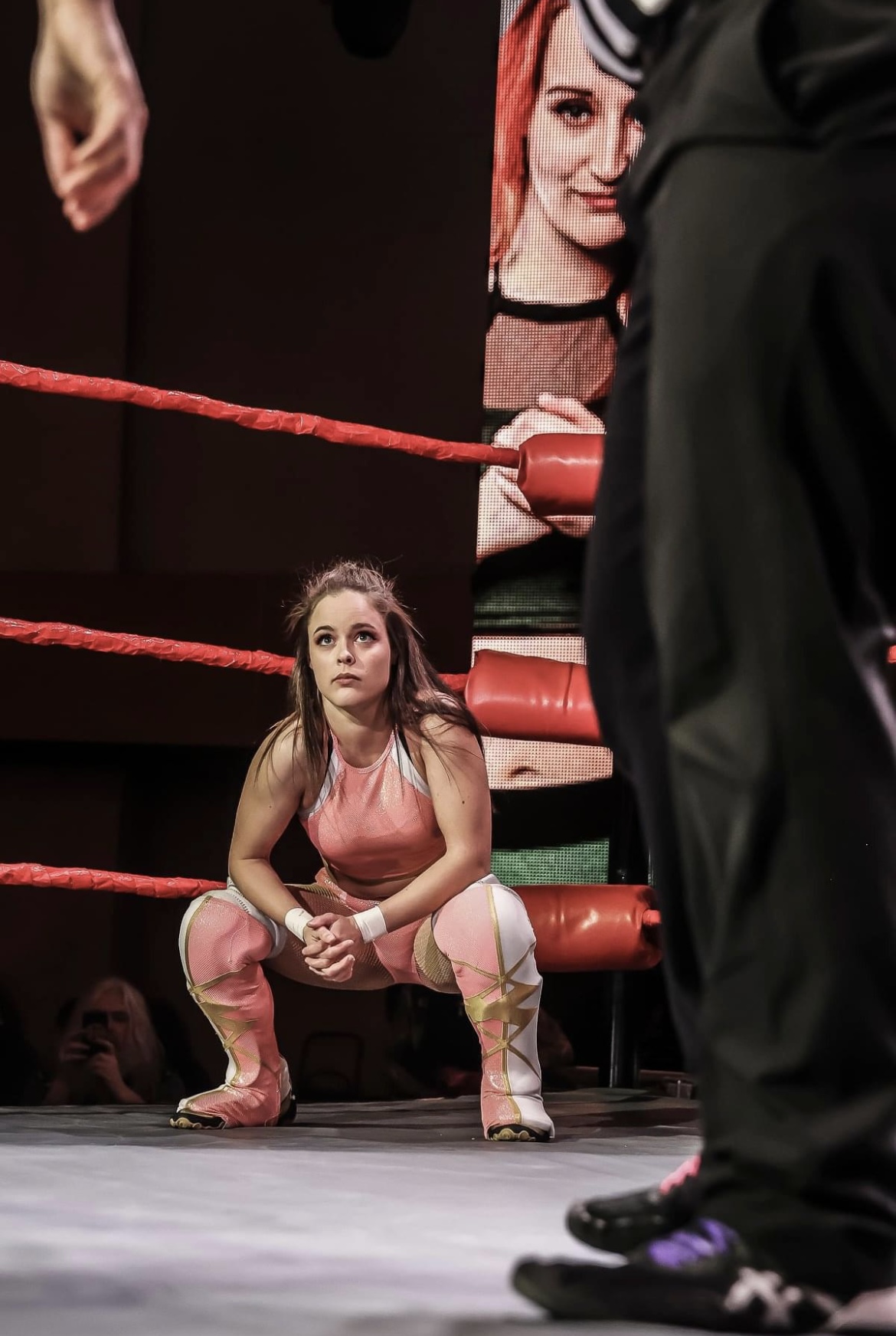 Sager earned her first NEW win on May 28 with a pinfall victory over Izzy McQueen. The Liiza Hall match will be one of her toughest challenges yet. Hall has had an excellent 2022, competing against AEW star Serena Deeb at Terminus 2 in Georgia, defeated Viva Van at NEW 6 and returned to Washington State’s DEFY in July with a win. Sager said she’s looking forward to fighting Hall.

“It’s going to be so much fun,” she said, of the Aug. 20 show at the historic Nat Bailey Stadium. “I have yet to be in the ring with her so I’m very excited. I’m also honored to be a part of something of this caliber.”

She’s expecting to slot the Nat Bailey experience with her two previous Saddledome appearances and also her 2019 match versus Matthews at The Clandestine Society event in Edmonton as her career highlights so far.

Sager said she is going to continue to work on her promos to up her game and that she is hoping to break into Ontario and other Pacific Northwest promotions like DEFY or Prestige. Signing with a television company and competing in England are also on her career goal list.

Sager appears for Vancouver’s NEW on Aug. 20 and then main events LPW 7 in Edmonton on Aug. 26.