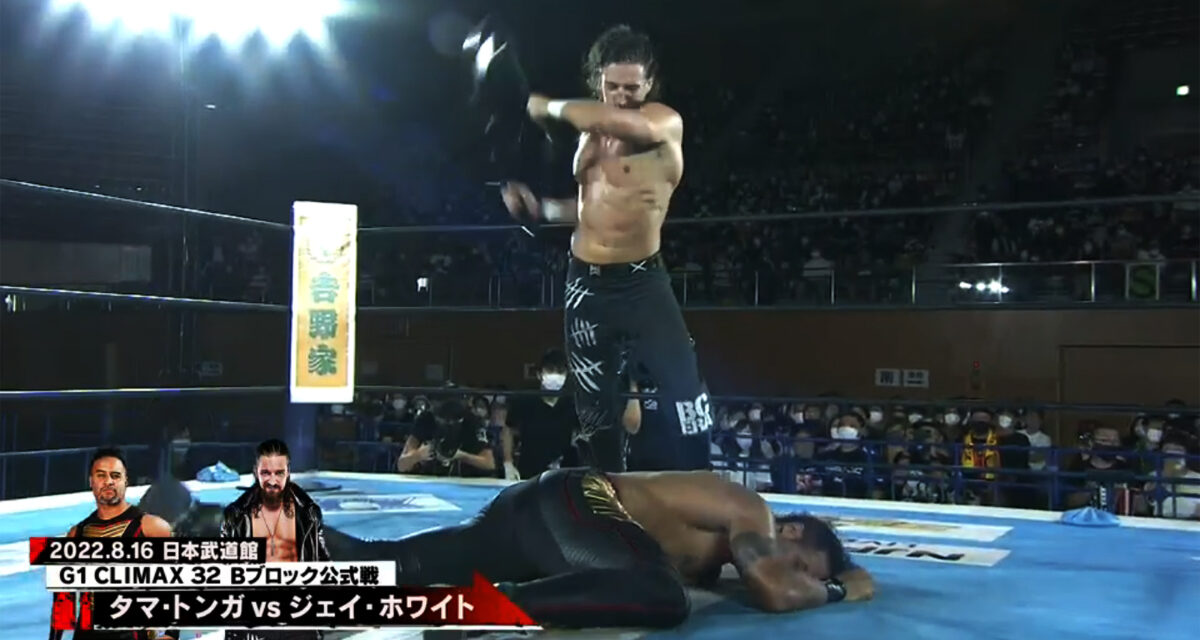 As the G1 Climax tournament winds down to its finals this week, IWGP World Heavyweight Champion Jay White got the jump on his next opponent, Tama Tonga.

In their final regular match of the tournament White will take on Tonga this Tuesday. White softened Tonga up by hitting repeatedly with a steel chair after their tag team match tonight.  Young Lions tried to intervene but White nailed them as well.

The tournament’s regular round of action ends on Tuesday. The semi-finals are on Wednesday and the finals on Thursday. 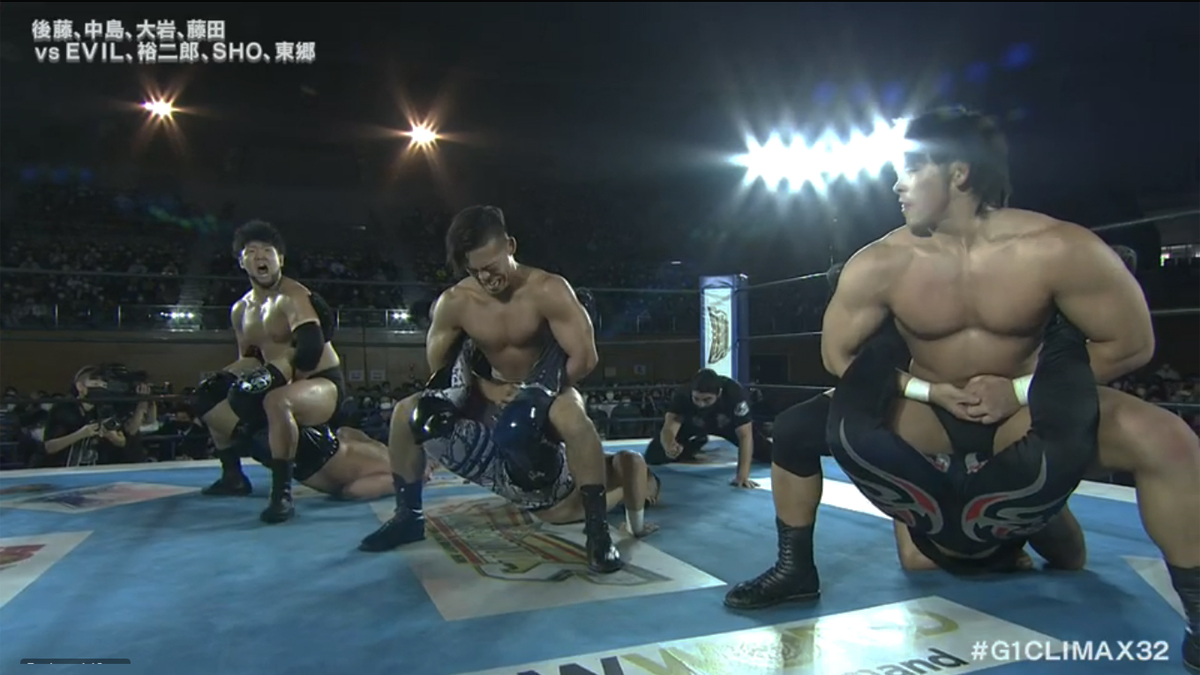 The Lions have the vets all wrapped up. Courtesy: NJPW.

Bushi is pinned by Robinson’s Left Hand Of God and Owens’ C Trigger.

Taka wants to slam Archer onto Yano. He cannot lift him up. Archer slams him instead. Yano pins Taka with the roll-up.

Lawlor nails Cobb with his knee to the back of the head.

Kenta pins The Ace with Go To Sleep.