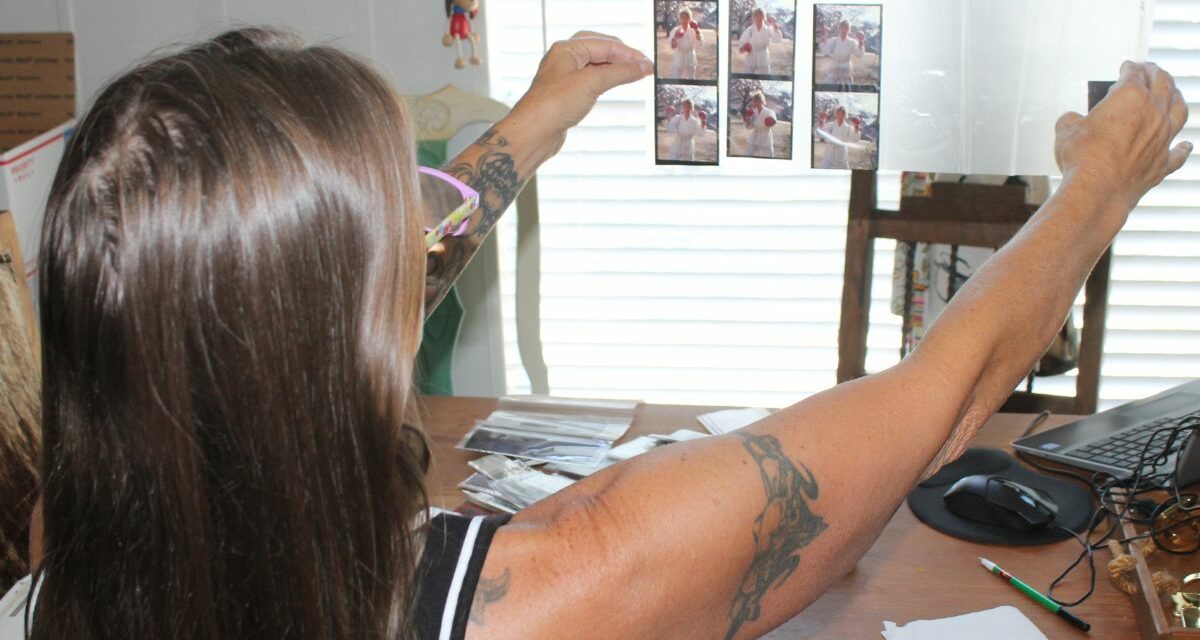 As much as a book is about words, in my non-fiction world, it’s also about pictures.

The setting was the home of Debrah “Madusa” Miceli north of Tampa, Florida, where the goal was the find the right photos for her upcoming autobiography, coming out in April 2023 from ECW Press. (I wish I could share the title … but not quite yet!)

“Deuce” is so different than the other subjects I’ve written autobiographies with because she kept everything.

Think I’m exaggerating? She found a paystub from working at Arby’s as a teenager!

So imagine the amount of stuff she has from her time in pro wrestling and as a monster truck driver. It was simply incredible — and overwhelming.

My first experience with an autobiography was actually through my wife, Meredith Renwick, who worked with Dewey Robertson — The Missing Link — on Bang Your Head: The Real Story of The Missing Link, which came out in 2006. I suspect Dewey was fairly typical of wrestlers. He moved a lot, and whatever photos he had slowly eroded through time. He definitely lost some to theft from a storage locker in Texas too. The photos in the book told his story well enough, though.

In the fall of 2017, Gratoony the Loony: The Wild, Unpredictable Life of Gilles Gratton, came out. That was a great ride, but not as “wild” as you might think. Gilles is a quiet, thoughtful man, not prone to exaggeration or hype. He also is not a fan of physical attachment to things, and as such didn’t have many photos from his life. Fortunately, his sister was there to help fill in the family side of the images, and there were plenty of places to source photos of him in hockey. That one of his best friends, Bruce Jessop, is both a photographer and manages a photo collection, was a blessing.

With John Arezzi, and 2021’s Mat Memories: My Wild Life in Pro Wrestling, Country Music and with the Mets, there were lots of photos, but many of them, as we call them in the journalism business, were “grip and grins” meaning that they were posed shots with people, maybe holding an award or prize. But he had oodles from his three very distinctive careers and it was fun sifting through choices during a trip to Nashville just before the COVID-19 pandemic shut the world down. 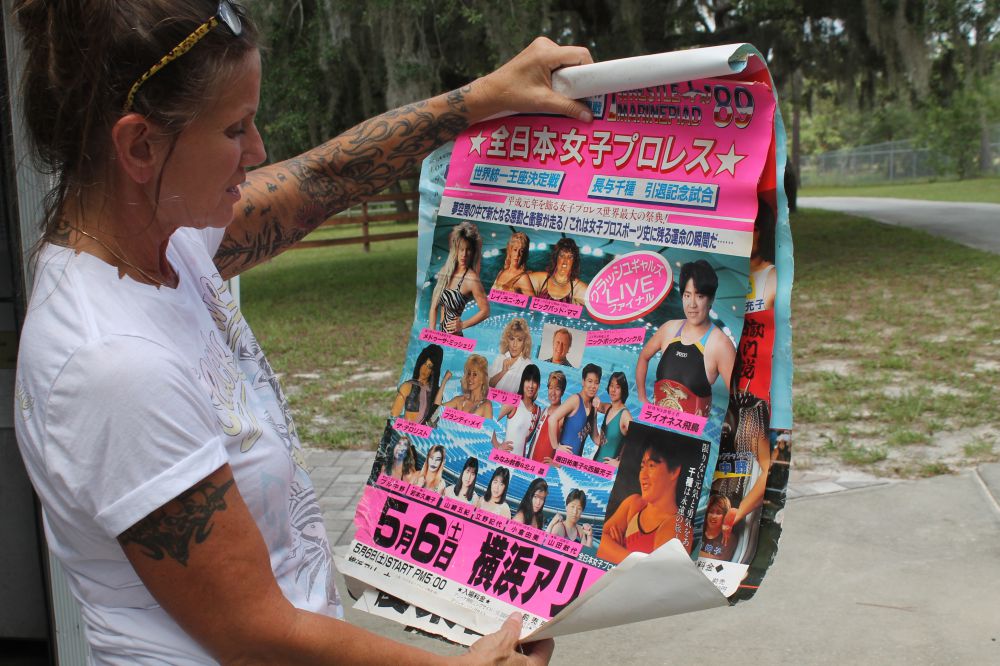 Debrah “Madusa” Miceli revisits a card she was on in Japan in 1989 in July 2022. Photo by Greg Oliver

Then there was Madusa.

As she is as a personality, it was a whole different stratosphere digging through box after box, finding gem after gem, album after album, and weeding out plenty too. There was posters, promos, buttons, pennants, firesuits, helmets, wrestling outfits, fan art, fan mail, contracts, collectibles, awards. Just. So. Much.

On my final day in Florida, we piled all the potential photos on the kitchen table, sorted them into topics: Personal; wrestling in Japan; WWF/WWE; AWA and indies; WCW; monster trucks; promotional shots (she was a model as well!). Then we made tough choices on the photos for the book. There’s a photo with each chapter, in black and white, and then a color insert.

Who to include? Who gets bumped?

What do you mean we don’t have a good photo of Bertha Faye against Alundra Blayze?

Darn, this one is too low-res to use.

Nope, we don’t have rights to that one.

In short, the journey isn’t quite finished, but we are very close. I can’t wait for you to see what we picked out!

TOP PHOTO: Debrah “Madusa” Miceli checks out some transparencies of her posing in kickboxing gear, circa 1990. Photo by Greg Oliver