Madusa announces her memoir is coming from ECW Press 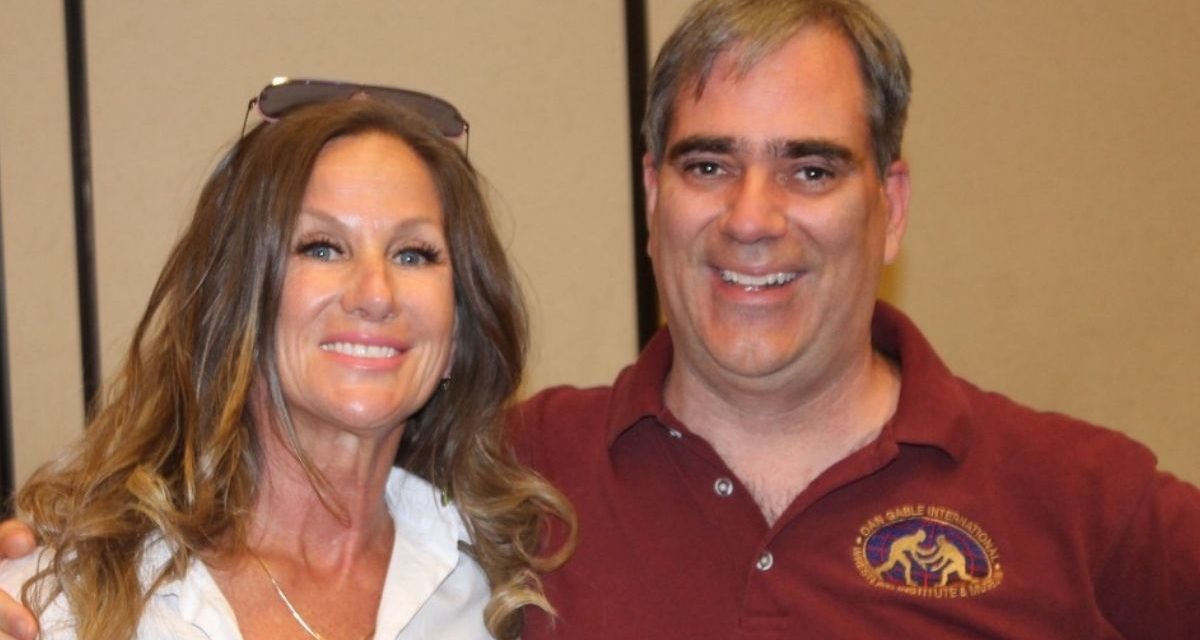 In a press release sent out on Wednesday to coincide with her Iron Mike Mazurki Award at the Cauliflower Alley Club (CAC) banquet, ECW Press announced that it is publishing the autobiography of wrestler turned monster truck driver Debrah “Madusa” Miceli in the spring of 2023.

Miceli has partnered with SlamWrestling.net Producer Greg Oliver on the memoir. Oliver is also being honored at the CAC on Wednesday, as he is receiving the James C. Melby Historian Award.

“It felt like the perfect time to announce the book,” said Oliver from the Gold Coast Hotel & Casino in Las Vegas. “We are well along in the project and we know each other really well by this point — but because of the pandemic, this is actually the first time we have ever met in person.”

Here is the press release from ECW Press:

Through 40 years of entertaining fans, both in the wrestling ring and on the monster truck circuit, Debrah “Madusa” Miceli never could sit still. However, despite her constant desire to learn, to grow, and to inspire legions of followers, she also kept deep secrets.

Her upbringing was a lie from the start, and evolved into pain and torture. The forbidden truths of childhood, revealed for the first time in her untitled memoir coming this Spring 2023 from ECW Press, are the earliest examples of Miceli’s determination to overcome, listen to her voice, and never waver in her belief that things would get better.

Professional wrestling was an odd foray for a nursing student but she went all-in, setting high standards in the ring and for herself. The punishing style she learned and adopted in Japan suited someone who needed constant challenges. In WWE, she was known as Alundra Blayze and held the company’s Women’s title . . . until being fired out of the blue by a letter delivered via FedEx. The rival WCW hired her, and Madusa made waves by tossing the WWF’s Women’s title in a trash can on live TV.

It was not an easy ride in the misogynistic world of professional wrestling. The colorful villains on the screen were one thing, but the behind-the-scenes power brokers were even viler, harassing and abusing with impunity, deft in sowing distrust by pitting employees against each other, and lightning quick to cover up any scandalous behavior.

In 1999, Madusa joined the world of motorsports, thinking she was ready for the southern boys that make up the Monster truck motor sport world. The lessons learned in pro wrestling prepared her for another male-dominated profession, and this time she rolled over them — quite literally — ignoring their lack of respect for women. Instead of backing down, she began a whole new revolution for women in that revved up world.

Soon enough, she was a rarity: a driver who was more famous than the monster truck itself. At meet and greets, little girls in pink “Queen of Carnage” t-shirts would stand alongside ogling fanboys. The pinnacle for Miceli and her Madusa truck were Monster Jam world championships in 2004 and 2005.

Until now, the world of monster trucks — including her involvement in the start-up Major League of Monster Trucks as competitor to the established Monster Jam — has been a secret society, and Madusa’s memoir will be the first to explore the behind-the-scenes machinations of the high-octane, crash-banging motorsport.

Wrestling and monster trucks were hardly the only paths for the restless Miceli. At various points, she taught yoga, groomed dogs, designed custom motorcycles, was a personal trainer, practised Reiki healing, and studied natural health. Through it all, she was a public figure, trying to balance out the demands of speaking engagements and personal appearances with real life.

Yet for all her triumphs and championships, and a WWE Hall of Fame induction, one thing has eluded her: motherhood. While involved in two aggressive sports, Miceli experienced challenges with fertility and pregnancy loss. Even an adoption dramatically fell through at the last minute in a courtroom.

This is a tale you have never heard, and it will leave you wondering how one woman survived through so much chaos, heartbreak, bumps, and bruises. It is decidedly a tale about a woman wanting to be heard.

Madusa’s story is about turning tragedy into triumph, relying on hard work and determination, finding inspiration and motivation in the darkest times, and not letting your past define you.

Debrah “Madusa” Miceli is a force of nature. Originally a Minnesota home girl, she has lived around the world, but currently calls Florida home with her husband, Alan, and their dog, Daisy. Engaged and active on social media, her online home is www.madusa.com.

Greg Oliver is the author or co-author of 17 books, from entertainment to professional wrestling, from hockey to children’s books. He lives in Toronto with his wife, Meredith, and their son, Quinn. Visit www.OliverBooks.ca for all his books and projects.

Both Miceli and Oliver will be honored at the Cauliflower Alley Club reunion, on September 15, 2021, in Las Vegas. Oliver will be receiving the James C. Melby Historian Award and Miceli will receive the Iron Mike Mazurki Award, named after the CAC’s founder, Mike Mazurki, which is considered the top award in the pro wrestling industry.

TOP PHOTO: Madusa Miceli and Greg Oliver just after meeting in person for the first time at the Cauliflower Alley Club reunion in Las Vegas. Photo by Brad McFarlin