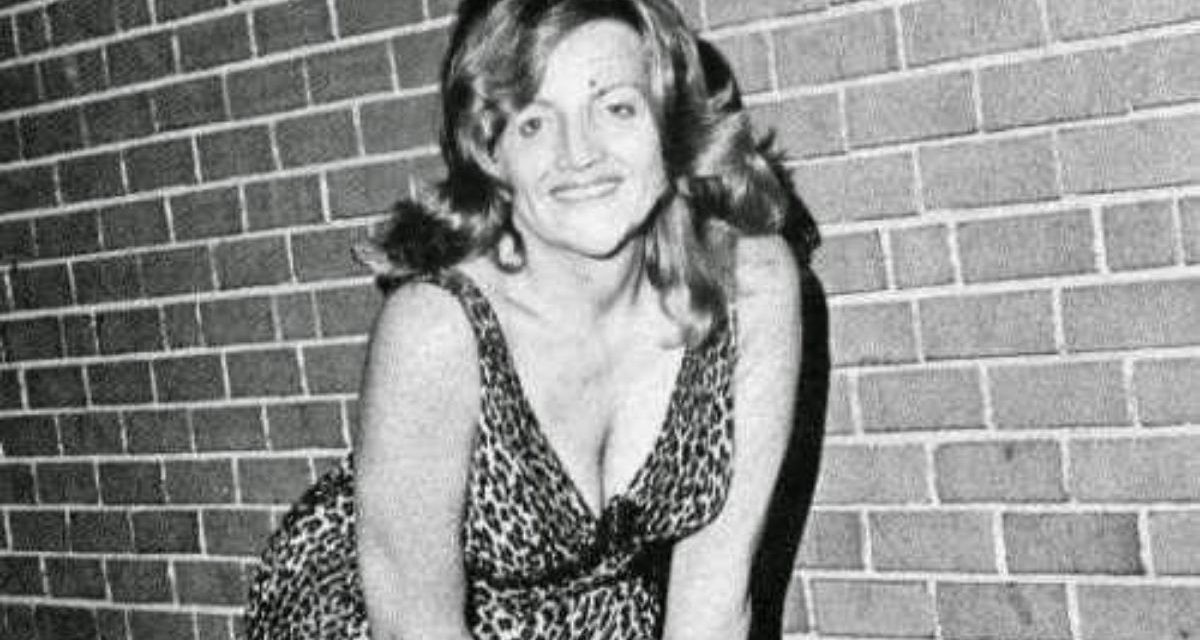 Natasha Cummings Rahme, who wrestled as Natasha the Hatchet Lady, has died; she suffered from double pneumonia and then COVID. She wrestled for two decades, from 1968-89. She was 79.

It started by chance, as she met wrestler Beverly Shade in St. Petersburg, Florida, at a show Shade was promoting with her husband Billy Blue River. “They were running shows over at a place called Joyland and I went to the matches and I just liked what I saw. I went up and spoke with her and she was running a school in Tampa so I enrolled and she taught me,” Rahme recalled to Jamie Hemmings in 2006.

Growing up in Benton, Tennessee, the 5-foot-5, 140-pound Natasha Cummings loved basketball, baseball, softball, whatever sport she could play. She was the third of eight children in the family, and her parents worked in the fields, picking cotton and tobacco, both in Tennessee, and then Georgia.

She took to the training with Shade quickly. “The first thing was learning how to fall to keep from breaking my neck and secondly it was how to take holds and to reverse them, escape them and get away from the other fella and pin him,” said Rahme. There were both women and men learning – and Chuckie, the 12-year-old son of Shade and Blue River.

Rahme debuted against her trainer, and it was Blue River who suggested Natasha the Hatchet Lady as a name. “Beverly’s husband actually suggested I use the name Natasha and I think the Hatchet Lady just came natural because being part Indian I just automatically used my hands and I did a lot of chopping as they came off the ropes. It got tagged on to me. The fans just tagged me.”

The racy costumes became part of her persona.

“The costumes were my ideas. Whatever I felt like,” she said. “The leopard skin suit and the matching jacket and the Indian boots were my trademark. … It was a little risqué. They were kind of sleazy sometimes but yeah the promoters told me I needed to button up a little because I had a nice top so yes I been told I need to lace my bathing suit farther up. And I’ve been told the women were getting mad at me for showing it in front of their husbands so I said okay and went on with my leopard.”

With a daring outfit and heelish attitude to match, Rahme naturally had a story about a stalker. It begins in San Diego, wrestling against Ann Casey. “There was this old guy, he must have been 80 and it didn’t matter where I was wrestling, San Diego, Los Angeles, it just didn’t matter, the guy showed up in the audience. He was madly in love with my character. He would say, ‘I hope they throw you right out of the ring and right into my lap.'” 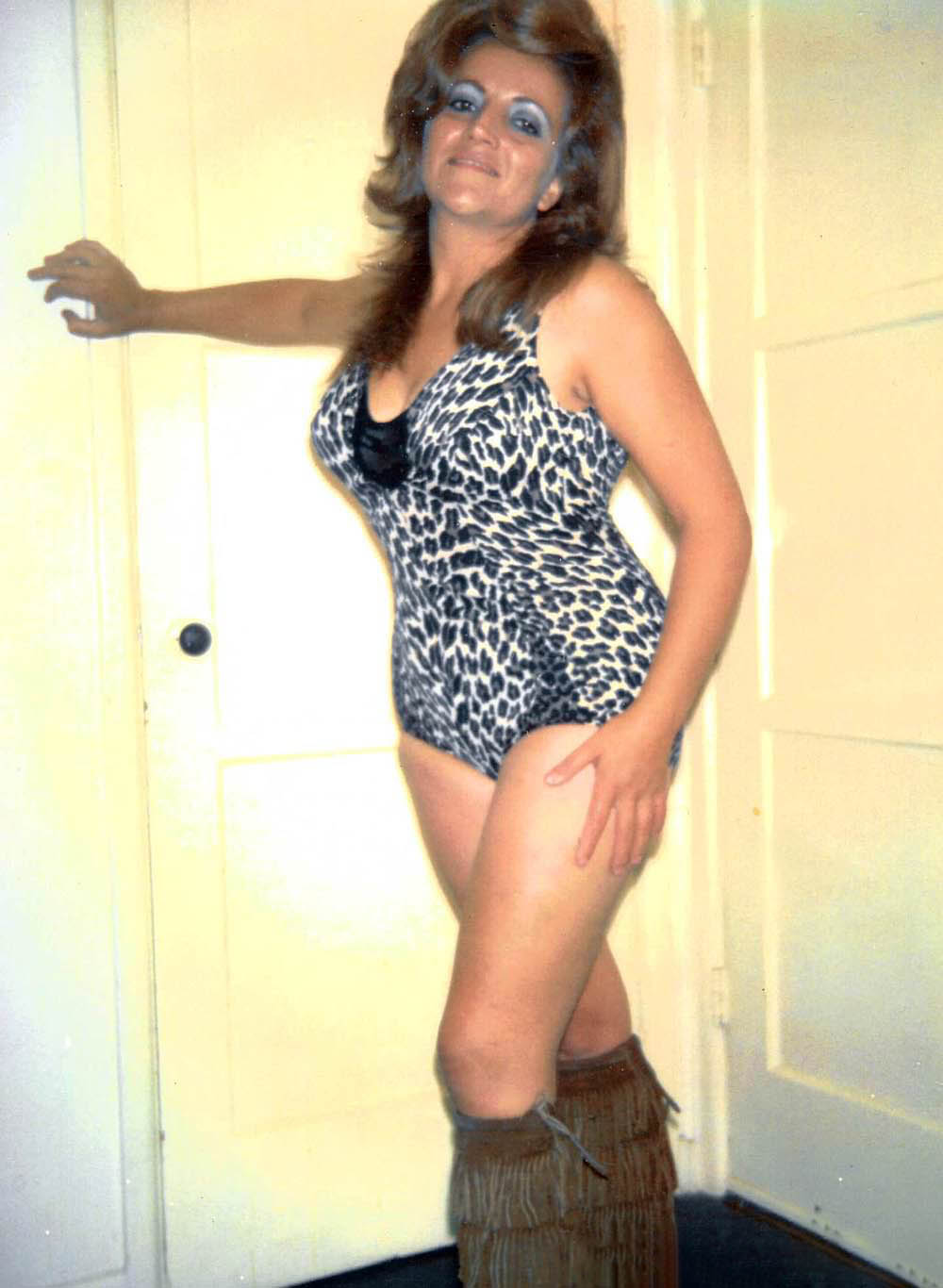 Casey knew about him too and fired Natasha his way. “As I went out through the ropes, I noticed he was sitting in the second row and nobody was in front of him, I went over the first row fell into his lap and knocked him backwards – I held his head, of course – and as I knocked him backwards, the referee was counting, I kissed this old guy and got up and crawled back in the ring. I turned around and looked, all the security was around him. They were on their telephones, he had actually had chest pains and some type of little seizure and they had called the medics to haul him out. That’s a true story.” (He survived, for the record.)

Working in Spain, Natasha and Princess Jasmine had a different kind of close call. “I looked up and this man was standing and had what looked to me was a gun. I threw her out of the ring and dived into her. As we went under the ring, the gun went off and it actually hit the ring and went into it.”

While records are tough to truly establish, it is believed that one of the first, if not the first women’s cage match, featured Natasha the Hatchet Lady versus Ann Casey (though the cage was really chicken wire around 2x4s) in Montgomery, Alabama, promoted by Billy Golden in the late 1960s. Both Casey and Natasha bled, and at one point, the Hatchet Lady added brass knuckles to her armory. Natasha won the bout. 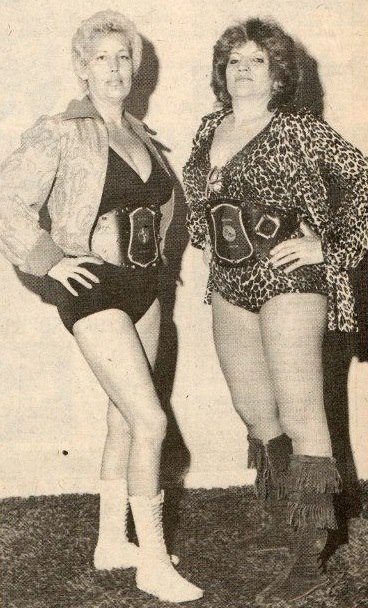 Rahme said she was among the first group of women to go to Africa.

“Let me tell you it was different. The people there were strange. They enjoyed wrestling but they didn’t take to women too much. They would shy away from the women that were wrestlers. It was like, ‘Ooh you’ll hurt me, stay away, get away,'” she recalled. “And the little kids would be like, because I had red hair, they would be like can I touch you. Mothers would bring their children up and ask myself and Beverly or people with light hair to touch their baby.”

“The people from the tribes with their face all done up and their ears and the bones, they would get up their when the girls started getting down or one should get busted up and start bleeding, they’d actually do a tribal dance,” she continued. “I think maybe I got more excitement out of watching those people out there break out into fights, if I put a wrestling hold on one of the girls and they liked it, they would get all excited and applaud me because I was the bad girl. You’d see people in the audience trying to put that hold on someone else in the audience. The police would actually have to break up fights in the audience. It was a weird experience, but I met some nice people. I worked for the king’s sister and we got to sightsee a lot, eat some strange food, and meet some good looking men. It was a nice experience.”

The late Princess Jasmine was a frequent opponent, and once discussed Natasha: “She was a lot of weight. The only thing I hated was when it came to body slamming her, it was like lifting up a ton. She loved to eat. She taught me how to knit and tie knots in Japan.”

Wrestling took Rahme around the world, and she retired in 1989. The hardest part was leaving her kids behind with her mother.

Rahme had two biological children, Bobby and Robbie, and adopted a boy, David, who died around 2001, when he and his fiancée were in a car crash, and a girl, Amber.

There was one memorable moment when her youngest son, Robbie, took things a little too seriously and, when he was about six years old, brandished a toy knife he’d gotten from an amusement machine, threatening her opponent in a mixed tag, Mr. (Bud) Atlas. “He stuck it to Atlas’ gut and said, ‘Touch my Mama one more time and you’ll get all of this.’ The police men had to take Bud (Atlas) and they had to take my son and he was kicking all the way to the dressing room and he yelled out, ‘I’m going to kill you if you touch my mama!'” Rahme recalled.

In conclusion, Rahme said it was a good life. “Thank God, wrestling fed me. It kept me. It made money for me. And it kept me in good shape. It kept my frustrations out. I had a good life after that.”

– with files from Jamie Hemmings

EDITOR’S NOTE: Details of her death were added to the original publication.