2021 CAC Bockwinkel Baloney Blowout a call to brotherhood and friendship 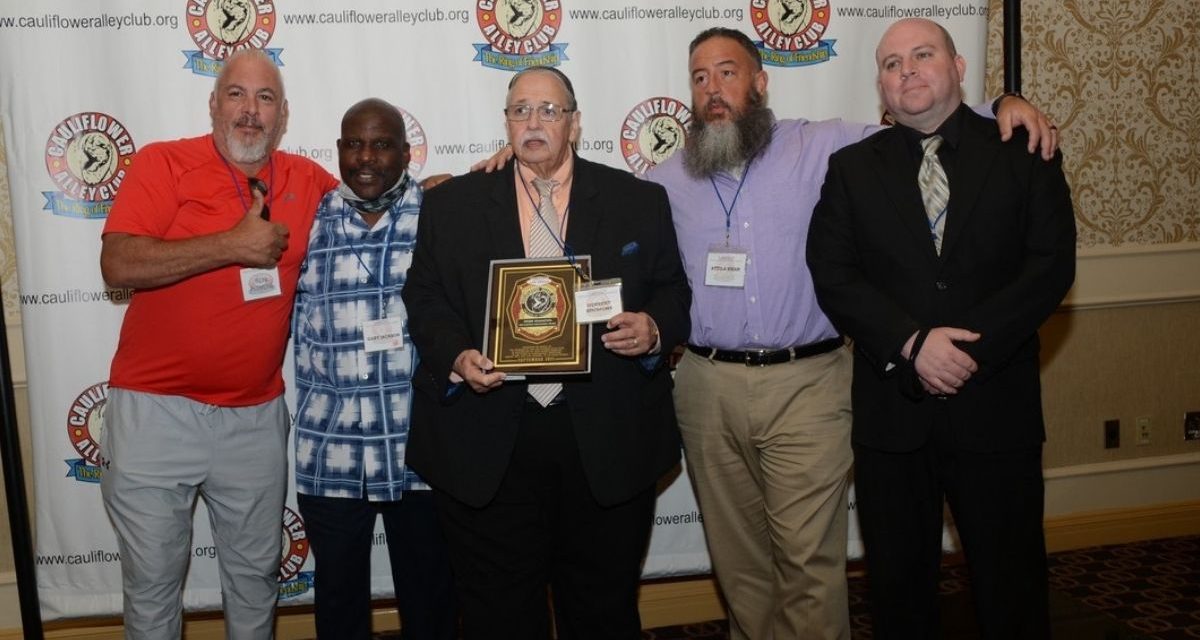 LAS VEGAS- After a year away due to COVID-19, the Cauliflower Alley Club comes back to the Gold Coast Hotel and Casino. But the big moment this night of the famed Bockwinkel Baloney Blowout, other than seeing the past and present and future of professional wrestling, was the resounding theme of family and friendship that was central to the evening. The biggest proponent of that was the recipient of Red Bastien Friendship Award, Herb Simmons.

Brought up to the podium by his longtime ring announcer, Drew Abbenhaus referred to Simmons as a kindhearted person, and a philanthropist, who continues to promote to this day in St. Louis, MO. Abbenhaus mentioned meeting Simmons ten years ago, and spoke fondly of his accolades, from being a police chief and owner of an ambulance company, but his was the relationships with the professional wrestlers that was central. Abbenhaus noted that the loss of people like Bruiser Brody and Larry Matysik made it hard at times for Simmons to stay in the business. But Abbenhaus noted, before bringing Simmons to the podium to receive his award, “All of us came here because you are our friend.” 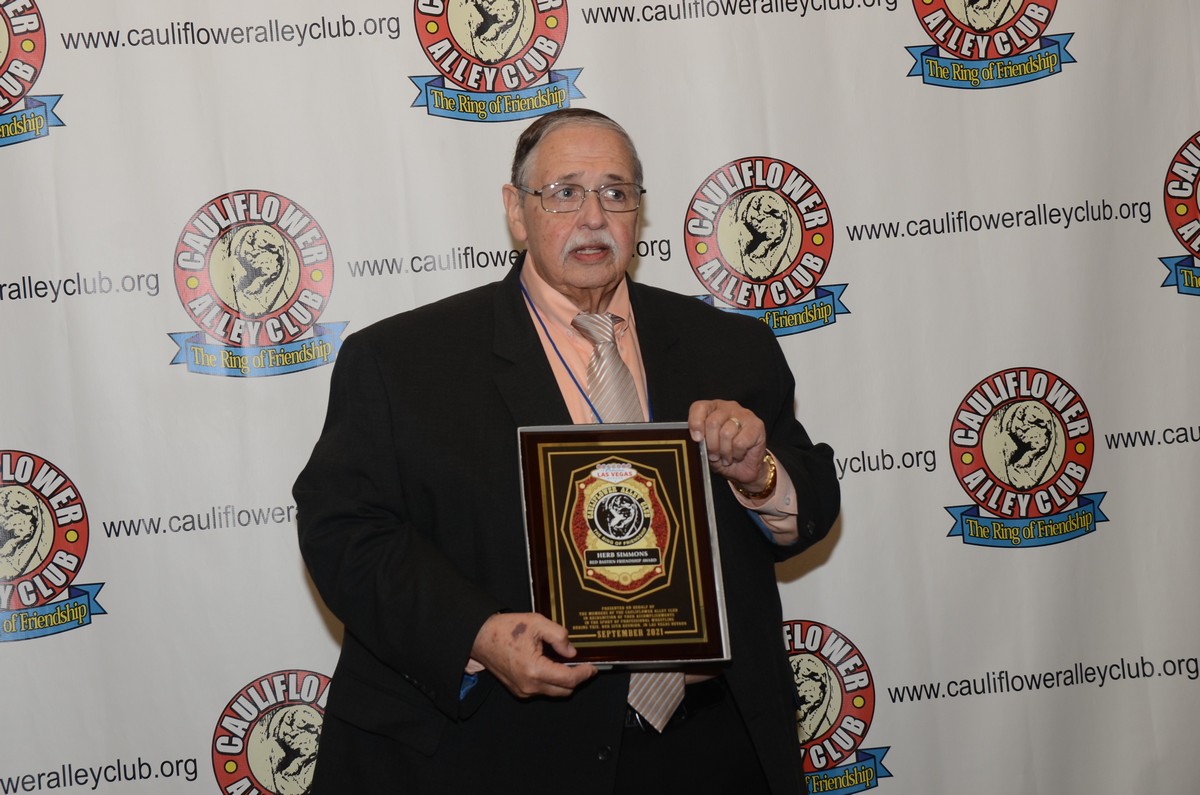 “It all starts in a housing project in eastern St. Louis,” Simmons fondly recalled to the audience, “and the glue that held my mother and I together was a program called ‘Wrestling at The Chase.’” Simmons then spoke to meeting with, and then working with, the legendary Sam Muchnik, and his advice of to keep his eyes open and his mouth closes and he would go far.

Most telling about why Simmons was so honored with the Red Bastien Friendship Award was when he took the time to thank the wrestlers in attendance like “Cowboy” Bob Orton, Sam Houston, Tony Garea, Haku, and Ricky Santana, and imparted the following advice to the younger generation, “To be a professional wrestler, you got to know where it started.”  Simmons notes that he’s worked 24/7 to get where he was, and imparted to the following wrestling promoters also in attendance that to be a successful in the business, is like a great baker and you have to have all the right ingredients or it doesn’t work, and implored then that investing in membership to the Cauliflower Alley Club will pay off in networking down the road.  Simmons thanked the audience by explaining the two major reason he keeps going on in professional wrestling: “It’s been one hell of a ride for 48 years, and my wife allows me to do it”

John Arezzi and Slam Wrestling’s own Greg Oliver were an emcee tag team tandem that kept the entire night flowing, from the famed cold cuts to bringing up the chosen recipients. Arezzi started the evening with the National Anthem. “The National Anthem was to be sung here by our friend Cindy Hall,” said Arezzi, “But due to complications from COVID-19, Cindy is not here live. She wishes she could be here, and sends her love and well wishes to her friends at the Cauliflower Alley Club. We do however have a tape of Cindy, singing the National Anthem.”

Greg Oliver went through the crowd for wrestlers to offer testimonials.  Among those in attendance, Sam Adonis spoke briefly of his family history with wrestling with his dad as a promoter and his brother, Corey Graves, achieving his fame in WWE.  But this might, was a humble Adonis, and the man known in Mexico as “el Rudo de Las Chicas” spoke eloquently when he said, “[I’m] thankful to be here and thankful to be in this room.”

Other moments included when Oliver gave the mike to Royal Hawaiian (April Hom), one of the original Gorgeous Ladies of Wrestling (GLOW).  She mentioned that the work of the Cauliflower Alley Club helped her during a tough year as she faced health problems, but with their help and contributions, she has the chance for a bright future working as a paralegal. It was also a bright moment when she got to bring her fellow GLOW-mate Col. Ninotchka (Lori Palmer) to the club, after a long absence of twenty years.

Arezzi also mentioned to the crowd, “We lost another legend a few months ago, when Dominic Denucci left us on August 12th at the age of 89.” Denucci, a wrestler in his own right who traveled with the likes of Bruno Sammartino, is most famous for training stars like “the Franchise” Shane Douglas and Mick Foley (Cactus Jack/Dude love/Mankind).  As Tony Garea came up to receive the Trainers Award posthumously for Denucci, mentioned how he recently bumped into Denucci before his passing.  He also mentioned that, “[It] gives me great honor to give this award to his daughter.”

Arezzi also brought up the next honoree of the night and recipient of the Men Wrestling Award:  Thunderbolt Patterson. At 82, Patterson was as fiery an orator on the podium as he was when he was active as a wrestler. “My friends” he bellowed to the crowd, “if it hadn’t have been for Jesus, I wouldn’t have been here.” 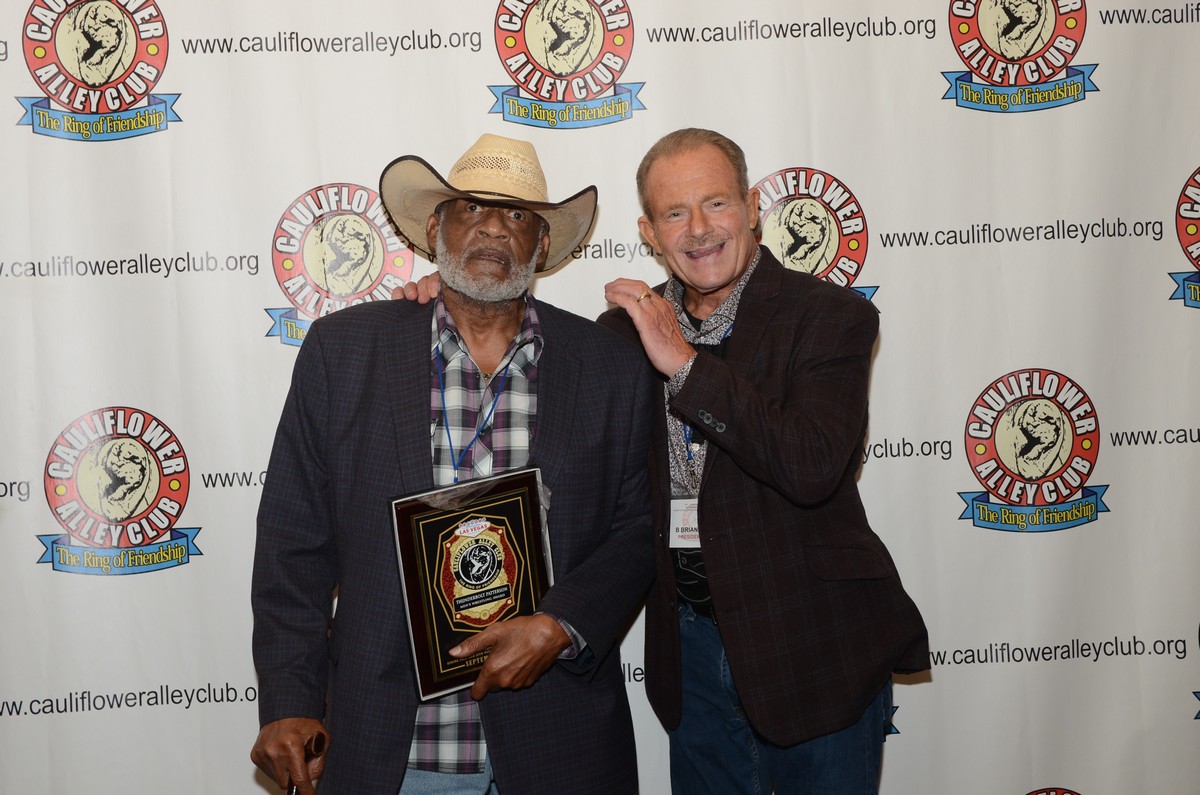 Patterson noted that his work in wrestling was, at times was a struggle, but folks like President and CEO B. Brian Blair were important to him. “I ain’t mad at nobody,” thundered Patterson. “I don’t like a lot of things that went on, but I kept on.”  After thanking his wife, he told those in attendance to, “be good to one another.”

The most human moments of the night came from those who worked to helping and giving aid and a voice to those in the professional community, and this year’s double honorees of the Cauliflower Alley Club’s Courage Awards:  Stuart Kemp and Jim Valley. Kemp, formerly known as “Bulldog” Bob Brown, Jr., was a staple of the Pacific Northwest Wrestling scene and an organizer of the Cauliflower Alley cribbage games,  had recently been dealing with health issues. 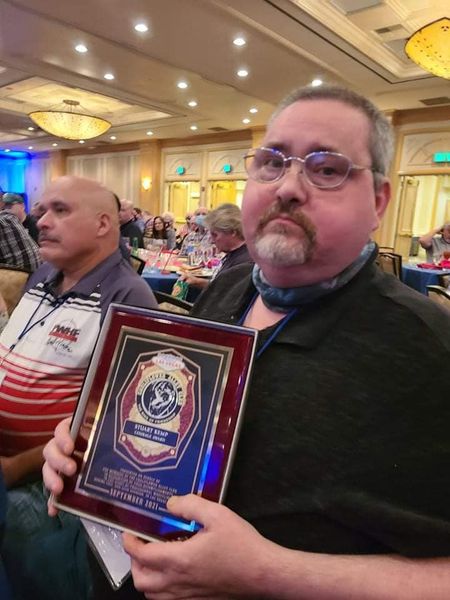 Kemp was visibly choked up after receiving the award, and after being recognized by the wrestling community said simply, “I thank you so much for your support.”

Jim Valley is another name who made his bones as a wrestling broadcaster/podcaster for the Cauliflower Alley Club.  He had been dealing with an autoimmune disease that was recently in remission, but it left his voice hoarse as if he was battling a severe case of laryngitis — it turned out to be far worse, and he has been in and out of hospital for the last year. Even though his voice was raspy, Valley received his Courage Award to standing applause. Valley reflected on the mission statement of the Cauliflower Alley Club in that it was created to help those in the wrestling community in their time of need.  “This is not just my award,” Valley said. “This is my tag team award.” 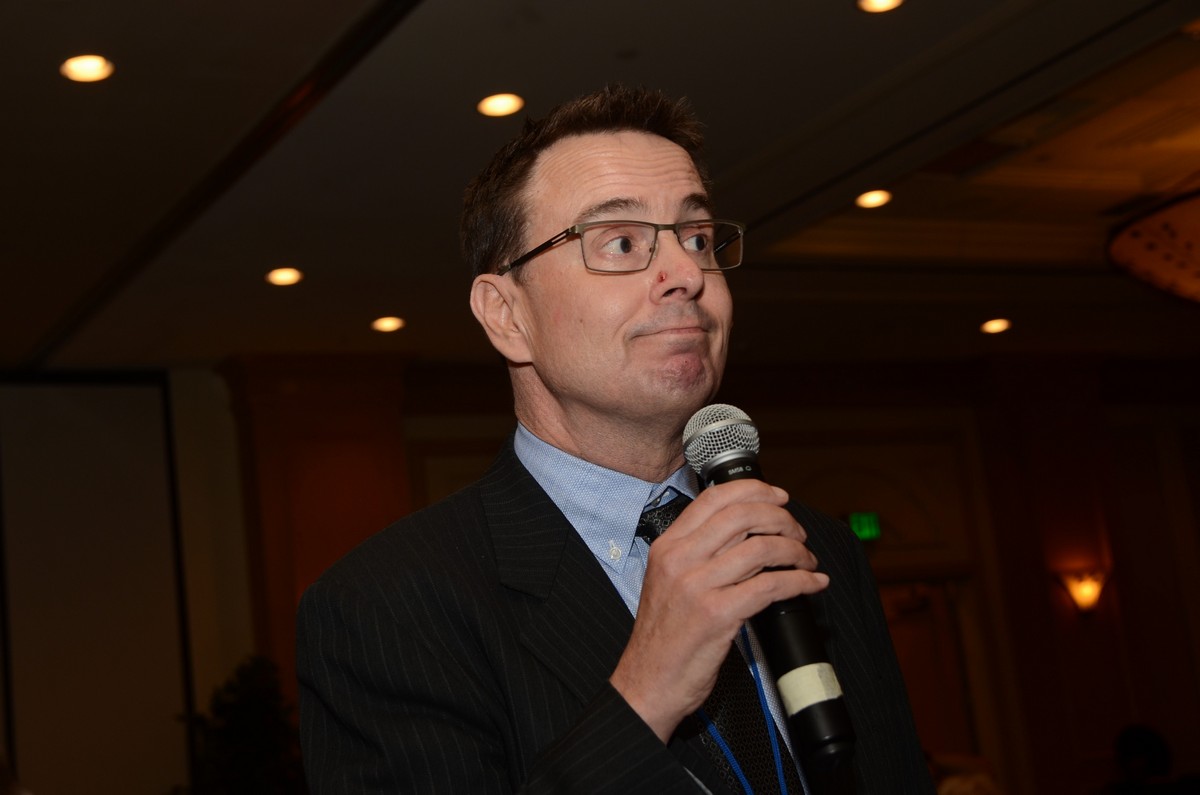 He then spoke his tale of what was thought was a bout of pneumonia, but turned into something worse that flared up to something much worse and he dealt with a scary future during his hospital stay in the time of COVID. “I was so lonely and I asked a nurse to hold my hand, [just] for human contact.” It was a lonely time, but he recalled looking at phone and seeing the thousands of messages from fans continuing to give him support. “It was so encouraging and [it’s] one of the reasons I’m still here today.” After giving credit to his wife, Kari, for going through this tough time to the crowd, Valley emphatically stated, “I’m Jim Valley and I f***ing love pro wrestling!”