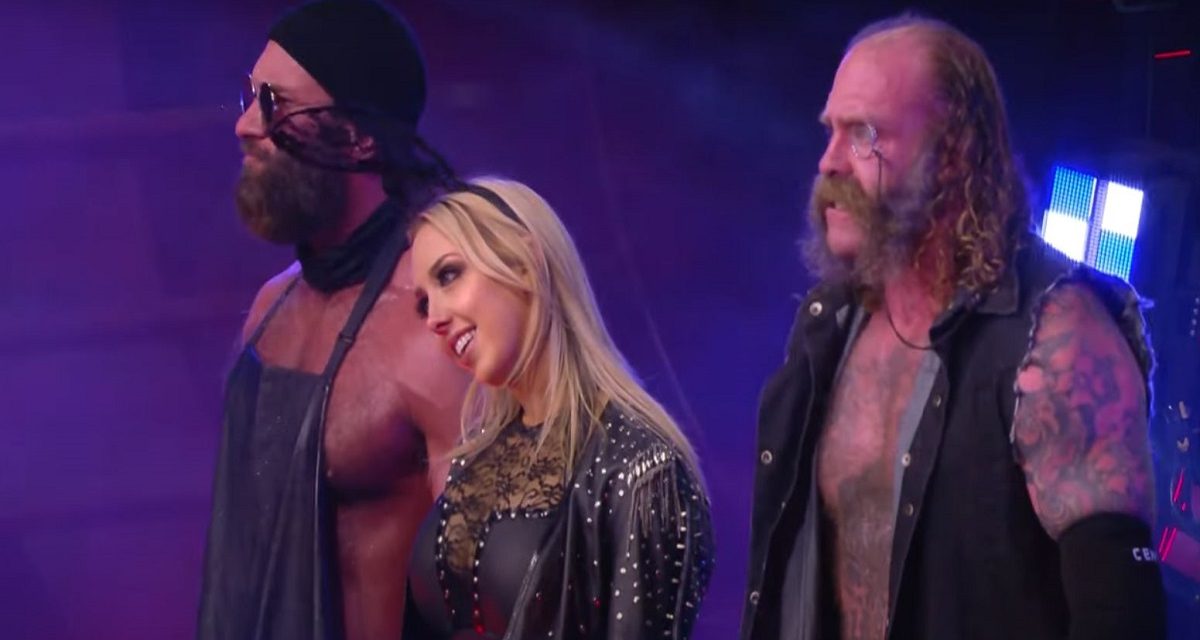 Excelsior wrestling fans and welcome to another AEW Dark Elevation and Dark recap for the week of September 13th.

Jumping right into it, I thought Elevation was the better show as it was taped at the Fifth Third Arena in Cincinnati and had a bigger crowd which had bigger energy than Dark. That said, Dark was still a good show and it was the first taping at Universal Studios in Orlando. The crowd was much smaller giving it a bit more of an intimate feel. Both shows were under an hour making them an easy watch and as always, the pacing of the matches gave both shows a good flow.

From an in-ring perspective, I would give the nod to Elevation. For whatever reason, I found everyone’s striking on this show was crisp and intense, especially Frankie Kazarian which is good since he has a high profile match coming up against Adam Cole. The matches on Dark were good as well and pushed storylines for the upcoming Dynamite and especially Leyla Hirsch vs Jade Cargill.

Match of the night for Elevation was Daniel Garcia vs Lee Moriarty. I had not seen Moriarity until he came to AEW and he has been impressive in the two matches I’ve seen with him so far. Match of the night on Dark was Leyla Hirsch vs KiLynn King. I am a fan of both these women and they did not disappoint although I would love to see KiLynn King get a win (and get signed). Both of these matches were very competitive.

1. Emi Sakura (w/ Lulu Pencil) defeated Queen Aminata after hitting a twisting splash off the top for the win. Even though Sakura isn’t considered a top star in the women’s division, she is very good in the ring and Queen Aminata has shown steady improvement every time I’ve seen her.

2. Frankie Kazarian submitted Ren Jones with the cross face chickenwing. Kaz’s strikes looked really good in this match and Jones even got some good offence in.

3. Penelope Ford (w/ the Bunny) used the Muta Lock to get the win after Layna Lennox tapped. During the match Bunny got some shots on Lennox outside the ring while Ford distracted the ref.

4. The Butcher and The Blade (w/ The Bunny) beat Truth Magnum and Turbo Floyd after hitting a neckbreaker powerbomb double team move. Butcher and Blade were intense in this match and looked very good. I wouldn’t have a problem seeing them get a shot at the Lucha Bros.

5. Jade Cargill hit the Jaded on Shawna Reed to get the pin and the win. This match was very short, very basic and highlighted Jade’s strengths making her look very impressive. Good job Jade!!

6. Anna Jay and Tay Conti got the win over Ella Shae and Jaylee when Anna Jay submitted Jaylee using the Queenslayer choke. This was Anna Jay’s first match back since her injury and she looked OK if a little rusty. Tay was her usual great self.

7. Daniel Garcia (w/ 2Point0) submitted Lee Moriarty with the sharpshooter in a good competitive match. The story of the match was Garcia going after Moriarty’s leg while Morarity went after Garcia’s arm. 2point0 got involved at one point allowing Garcia to chop block Moriarty’s leg.

8. In the main event, Nyla Rose hit the Beast Bomb to get the win over Skye Blue. Blue got some offensive moves in but Rose was too strong and eventually got the pin. Even though Nyla won, this was a good showing by Skye Blue.

1. We start off with Alex Marvez backstage interviewing Jade Cargill and Leyla Hirsch about their upcoming match on Dynamite.

2. The Butcher and The Blade (w/ The Bunny) beat Hunter Knott and Rosario Grillo after hitting the powerbomb/neckbreaker combo on Knott to get the pin. It’s good to see these two back as a tag. Butcher has looked good since he’s returned and Blade is much better as a tag wrestler.

3. Anna Jay got the submitted Ashley D’Amboise after locking on the Queenslayer choke. After the match, Bunny attacked Anna Jay but Tay Conti ran out to chase her from the ring. Not a bad showing for Anna Jay who is much more aggressive since she’s come back.

4. Matt Lee and Jeff Parker (w/ Daniel Garcia) beat Andrew Lockhart and Erik Lockhart after hitting the Two for the Show on Erik for the pin. After the match, Daniel Garcia and 2Point0 beat down the Lockhart brothers. 2Point0 are a great heel team and I’m digging this faction of Lee, Parker and Garcia.

5. Jade Cargill (w/ Mark Sterling) dominated Angelica Risk and hit the Jaded for the pin. Like her match on Elevation, this was kept short and sweet and really showed of Jade’s strength which is her strength. After the match, Mark Sterling cut a promo on Leyla Hirsch.

6. They showed a vignette between Big Swole and Diamante talking about their rivalry. I would be more than OK seeing another match with these two.

7. Fuego Del Sol got his third AEW win after hitting a spinning DDT to pin Mysterious Movado. This was a competitive match as Movado was given a lot of offence. On commentary, Tony and Taz pushed the Punk vs Team Taz rivalry.

8. Shawn Spears hit the C4 Death Valley Driver to get the victory over Khash. I’m not the biggest fan of Spears but he looked good in this match, however, previous booking has not helped his cause and I’m still having trouble getting into his character.

9. Vignette with Joey Janella and Sonny King hyping their match next week.

10. Orange Cassidy, Chuck Taylor and Wheeler Yuta (w/ Kris Statlander) beat Jack Evans, Angelico and Jora Johl when Cassidy hit the Orange Crush on Johl for the pin. This was a fun match and I would argue Johl’s best match to date in AEW. I’m curious where his storyline goes.

11. In the main event, Leyla Hirsch pinned Kilynn King after hitting a running knee strike. Both women came to fight and at one point exchanged forearms and chops in a very entertaining match. After the match, Jade Cargill came to the ring and she and Hirsch started brawling until the refs broke them up.

Thanks for reading and c-ya next week!!