A ‘forgettable’ conversation with a recovering Curtis Sturrock 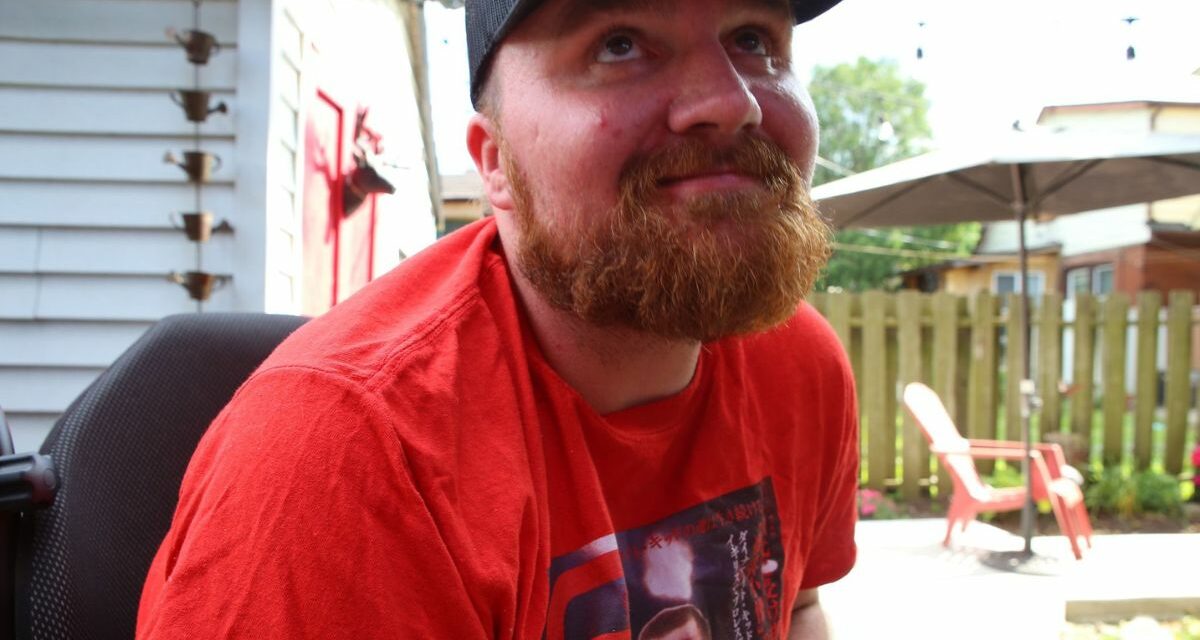 For the longest time, Ontario wrestling fans wondered what happened to Curtis Sturrock, who wrestled as “Hacker” Scotty O’Shea and as S.O.S. We all heard of his brain tumor in October 2021, and then … nothing.

Rest assured, he’s progressing. He’s home, for good. Walking isn’t a sure thing yet, but he’s working on it.

In fact, after my visit on the weekend to tape my inaugural podcast, Jackass of all Trades, I can confidently say that he’s the same asshole he always was, just that he doesn’t remember.

Memory is a funny thing, and at 31 years young, Curtis has had a lot of it stolen away. He remembers nothing of the seizure in his bed, going to the hospital, the discovery of the tumor. It was a couple of months before he was ever awake enough to communicate.

Then it was game on. 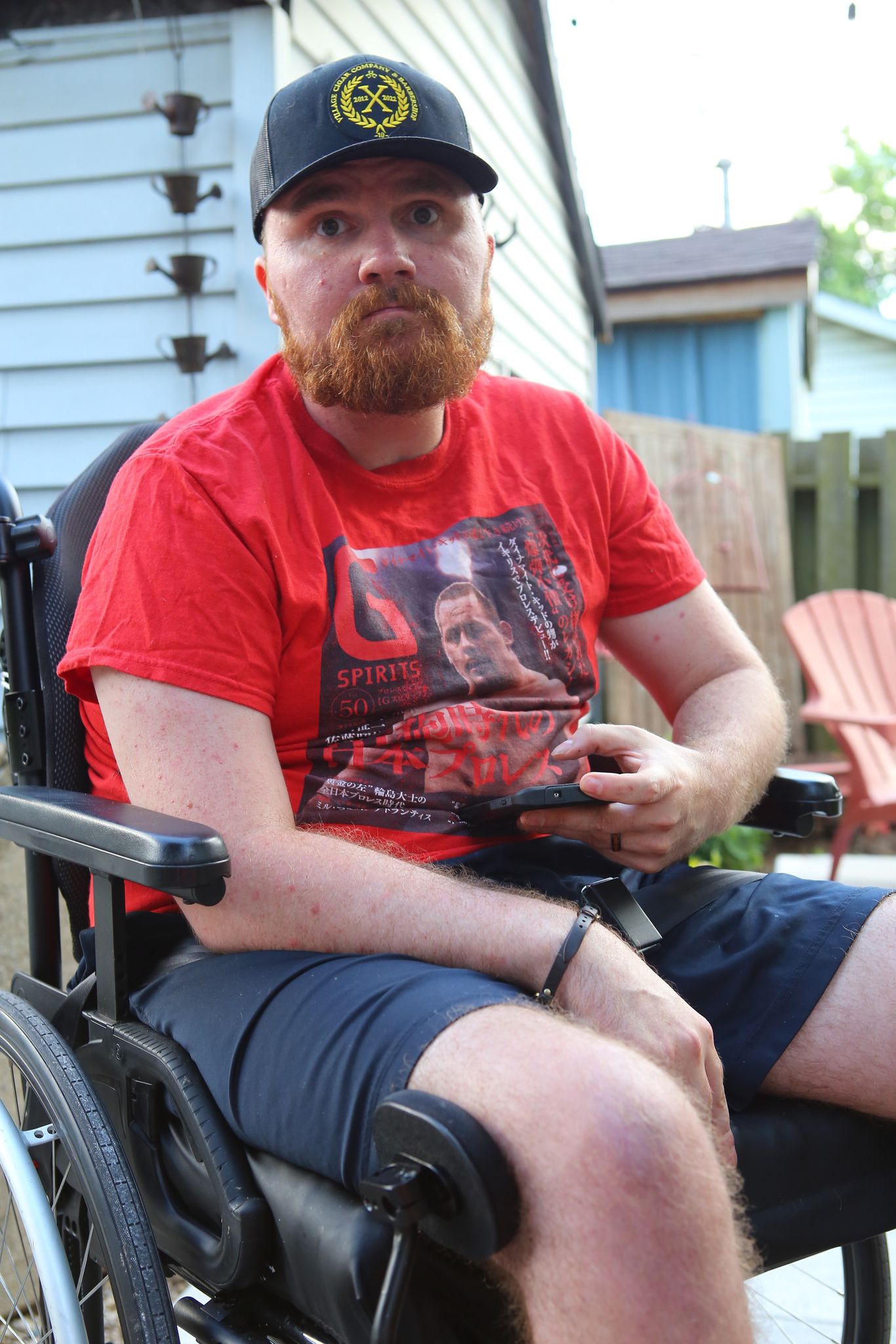 Curtis and I have a special relationship, as you’ll hear — and fair warning, this is no PG-related podcast. I rib him mercilessly about his lack of memory, for one thing. Some inside jokes, some jokes about people we have in common.

But you know what’s great about it?

Hearing his voice. Hearing him laugh.

Hearing the stories from his wife, Roslyn, who is the hero of this story.

It’ll be a long time before Curtis ever gets back into the ring, though bringing him out to a recent NSW show in Hamilton, Ontario, on June 10 was truly special. I was focused on moving chairs so his walker could get through when a swell began, the crowd noticed Curtis and Rosyln and started chanting, “Hacker, Hacker.” Ros lost it, and soon enough I did too. (We’re hoping to get him to the July 3rd NSW show too.)

I’ve seen him through this whole eight month process. He can recall things now a lot quicker than than he did before. In a way, it was kind of fun to visit him because he’d always forget that I was at the hospital or the rehab center. One time I went, “So do you feel like no one’s come to visit you?” And he’s like, “Yeah.” “You asshole, people have come to visit you.”

But for a stand-up comic? He’s gold. I could try out jokes on him again and again. 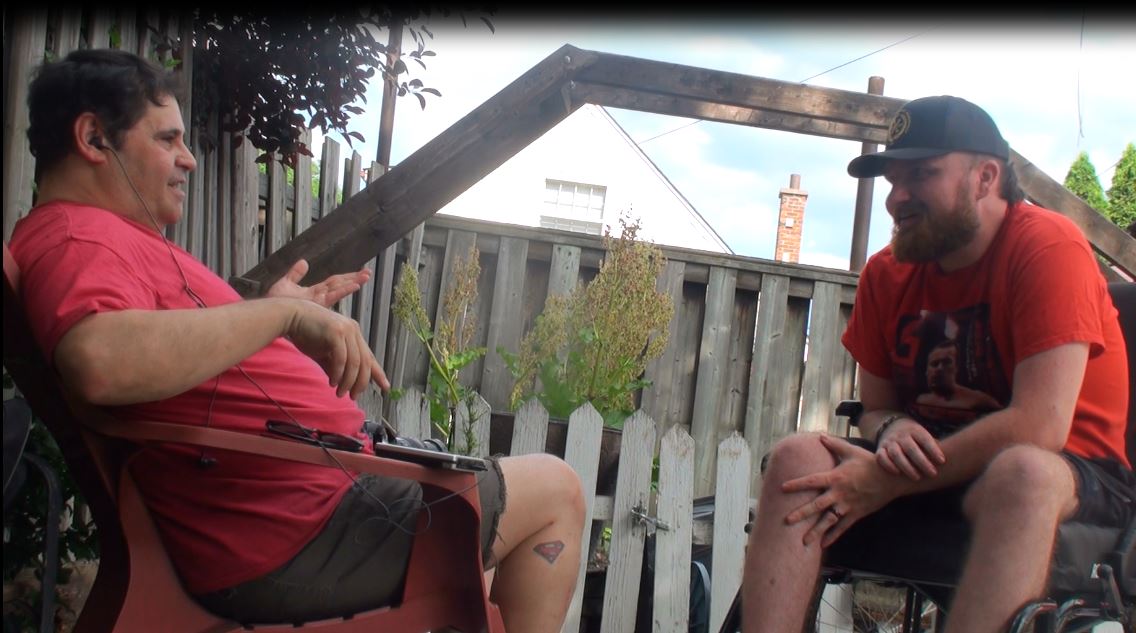 I may ride him worse than any heckler I’ve run into at a stand-up show, but it’s absolutely, 100 per cent done with love. Curt was a wrestling buddy when I was a 40-year-old man hanging out with 18-year-old kids at wrestling shows, and sleeping at his house for a week when my car broke down and serenading his ex-girlfriend. But he’s truly grown into one of my closest friends, inside wrestling or outside wrestling. I love Ros and Charlie with all my heart too, and I know that I’m not the only one there.

After so much procrastination, finishing an actual episode of a podcast feels like a minor triumph, but it’s nothing compared to what Curt has been through.

It’s my hope that Curt will be back doing his own podcast, Wrestling With Myself, again soon where I will be happy to be the returning guest and take all the abuse he can dish out. 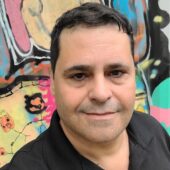 Emanuel Melo is a professional photographer from Waterloo, Ontario, and a stand-up comic.