‘Out In The Ring’ tells a much-needed story 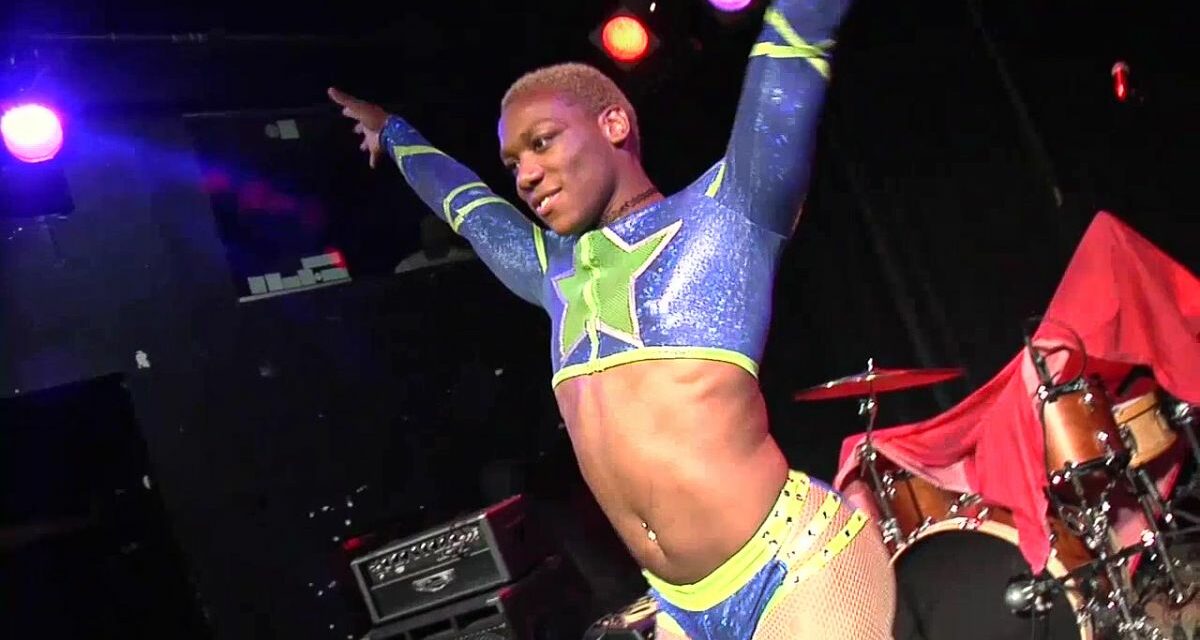 There are issues, inequities, and downright problems out there that can seem so pervasive as to also appear insurmountable. This is in society, never mind wrestling. Sometimes the best and only way to start tackling such things is with little pinpricks that can help poke holes and expose erroneous thinking and practices that some accept as truths along the lines of the way things have always been.

Then, wouldn’t you know it, these attempts to address problems often create branching issues of their own, and once more the good fight may seem never-ending.

Welcome to the world of Out In The Ring, a mesmerizing feature-length documentary about the past, present, and future of 2SLGBTQIA+ community within pro wrestling, serves as equal parts history lesson, speaker’s corner, and debate stage as on-screen interviewees, although travelling along paths of shared interest, sometimes offer differing opinions on the big picture.

The number one strength of the film, in fact, is director Ry Levey’s seemingly hands-off approach in letting a cavalcade of wrestlers, industry workers, journalists and historians guide us through the film. There is no singular narrative, and although any documentary is intrinsically subject to a director’s viewpoint, Levey’s hand seems invisible in this project and allows for a broad spectrum of opinions to play out.

Levey is a film industry veteran who has been working for years to bring Out In The Ring, his feature documentary directorial debut, to the screen (case in point: this guest article he penned for SlamWrestling.net in late 2018 about his continuing work on the film).

As hinted at before, the movie features a mile-long roll call of contributors and keeping up with them all can be a bit overwhelming. The structure of the story helps by grouping up many of the speakers into shared segments. The film opens with a surveyal of the history of gay wrestlers and characters within the business, segues into profiles of some contemporary performers as they navigate the current landscape of being out in the open, and finishes with a broad view of 2SLGBTQIA+ successes and challenges in pro wrestling with an eye towards the future. 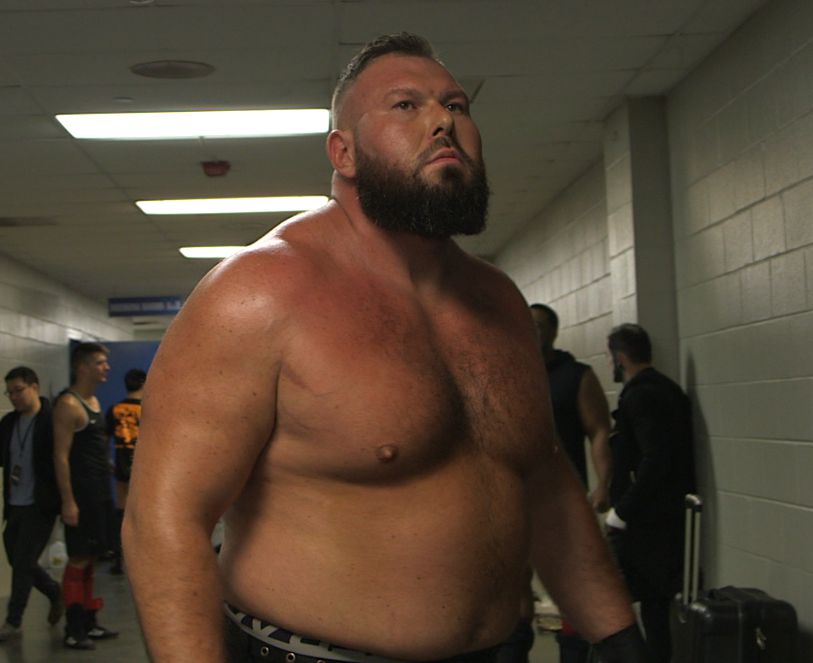 Mike Parrow in Out In The Ring. Photo by Jahlen Barnes

Virtually everyone refers to moments of becoming captivated by the characters found in pro wrestling, either speaking about experiencing that for themselves or describing the effect that stars such as Gorgeous George had on the fans of their time. Once that theatricality brought people in as viewers, what fans were left with was, in the words of some of the interviewees, unmistakably the homoerotic spectacle of usually fit, oiled men grappling one another for control.

Pratt suggests that this essence of pro wrestling forced, and still forces, some wrestlers to overblow their heterosexuality in their words and actions, as if to make it perfectly clear to the viewers where their sexual preferences lay.

What isn’t discussed at this point of the film, but will enter the discussion later on, is how so many flamboyantly gay characters have thrived as natural heels – as if their characters’ very sexual identity is responsible for their being booed. As Oliver notes, it was how George Wagner went from journeyman wrestler to a hot ticket as Gorgeous George.

This “success trumps all” ideal is expressed a little more bluntly by Wade Keller of Pro Wrestling Torch when he explains that Pat Patterson was accepted, or at the very least tolerated, because he was successful. The wrestling business, he suggests, is a business first and foremost.

The film shifts its focus away from gay characters in history to particular performers, mostly focusing on Susan “Tex” Green, Sandy Parker, and Pat Patterson. Many voices from the current wrestling scene speak with reverence and empathy regarding how these three wrestlers and more succeeded in the difficult world of wrestling with the added weight of living a secretive, double life for the public. 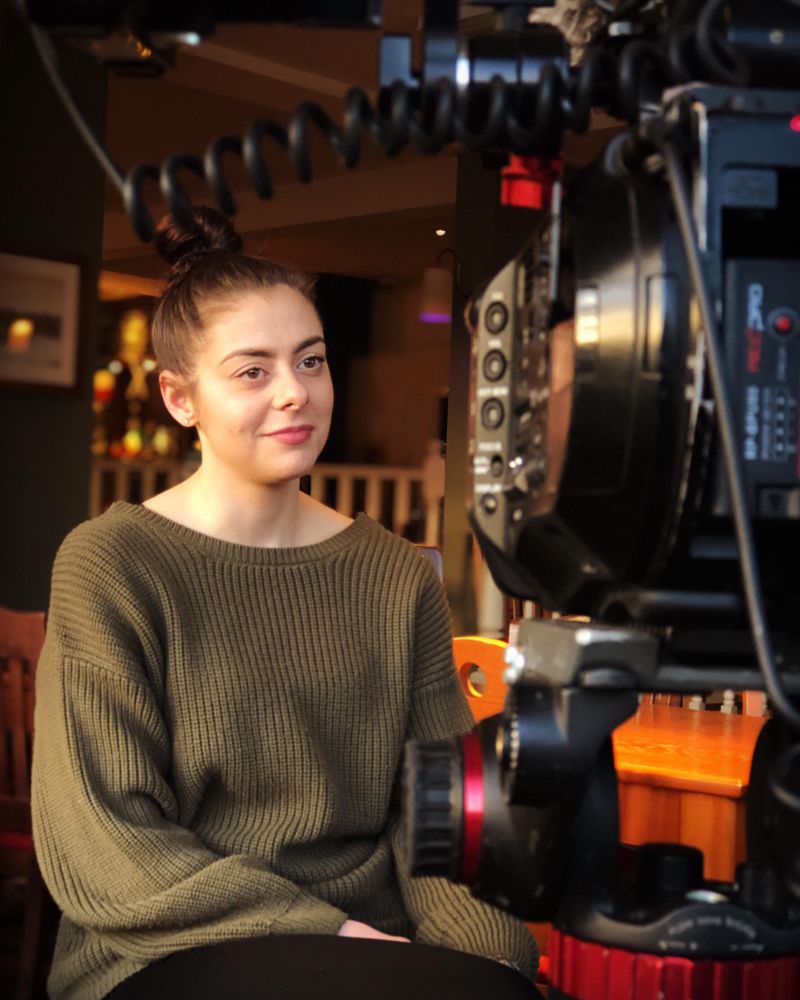 Charlie Morgan in Out In The Ring. Photo by Tom Swindell

Jumping ahead to a later point in the movie, this idea of living a double life makes for a fascinating conversation. Recently retired English wrestler Charlie Morgan described her early persona, Lady Penelope, as “really not me” – and that’s where wrestling is unlike any other kind of public performance.

Sure, the character may not be “you”, but wrestling doesn’t have the same separation between performer and character as other acting does. Wrestling personas are generally understood to be based on, or at least informed by, some aspects of a wrestler’s real-life story and personality.

When Morgan uses a wrestling show, in character, to come out in real life, the lines of truth and entertainment become intertwined in the way that the best stories in wrestling often do.

In terms of the visuals, the film is replete with footage from many federations and eras, and plenty of people with plenty to say about representation in wrestling’s history. Kaitlin Diemond has an interesting take on Dustin Rhodes as “Goldust”, beginning with admitting that she sees “the brilliance of it now”, if not when he first appeared.

She touches on the historically heel nature of a queer character as being someone who is intrinsically predatory, but that Goldust eventually revealing himself not to be gay meant that he was “playing mind games on those whose masculinity is so fragile.”

Still, left unsaid is the fact that all Goldust had to do to cement his babyface turn was to say on TV that he wasn’t queer and the fans immediately supported him. Meanwhile, some time is given to the storyline of Billy and Chuck’s doomed gay wedding in the WWE where fans were quick to treat them as heels – even booing their marriage proposal.

Parrow recalls just wanting to see the ending of that storyline turn out happily, but instead he says of the WWE: “You made us a joke and you weren’t trying to.”

Naturally, each individual has their own feelings on the nature of representation, and there are some contrasting viewpoints offered towards the end as to whether wrestling companies really needs to be at the forefront of promoting inclusiveness, or whether it can be trusted that they’re doing it for anything other than their own self-interests.

This is, once more, the highlight of the film, as it doesn’t hit the viewers over the head with a point-of-view, but rather very openly allows for differing opinions to compete and let the audience decide for themselves.

Is it time for a “major company” (to wit: WWE) to take part in Pride celebrations, or did Finn Balor’s new rainbow-merch debuted at WrestleMania 34 exist to push sales while Sonya Deville was unceremoniously there and gone during a battle royal match on the same event’s pre-show?

Sue Green states simply that “Gay’s got nothing to do with what we do in the ring,” and that’s echoed by wrestler Byron Anthos when he says: “We’re just here, we just want to wrestle, leave us alone.” Wrestler Billy Dixon agrees in spirit, but says that in order to achieve that kind of utopian state, there needs to be acknowledgment of history and there needs to be visible representation. The Dark Sheik, a wrestler who transitioned very publicly by addressing it in her in-ring promos, admits that while it was nerve-wracking holding onto her own secret, once she made it public it was more terrifying being out of her own hands.

Still, she was committed to taking a public stance because, as she puts rather succinctly: “White man wrestling has had a great 2000 years.”

Of course, they’re all correct because they all have their own voice. Ry Levey has succeeded in giving a platform to those voices in a way that does pay attention to the past while showing that there is way more than one way forward to any kind of utopia – and that everyone’s voice needs to be heard if we hope to get there.

This is a deeply rich film, and to touch on all issues and opinions raised in this review would be tantamount to providing a verbatim transcript covering the entire running time. Instead, trust that the elements highlighted above are treated respectfully, but not reverently and deemed untouchable or unimpeachable. It is this style that makes the film so engaging and, in the best of the outcomes, motivational towards creating conversation.

The film is awaiting wide release as it is currently touring film festivals – having recently won “Best Canadian Feature Documentary” at the Inside Out 2SLGBTQ+ Film Festival.

For now, keep up-to-date on viewing opportunities through the film’s Facebook page. 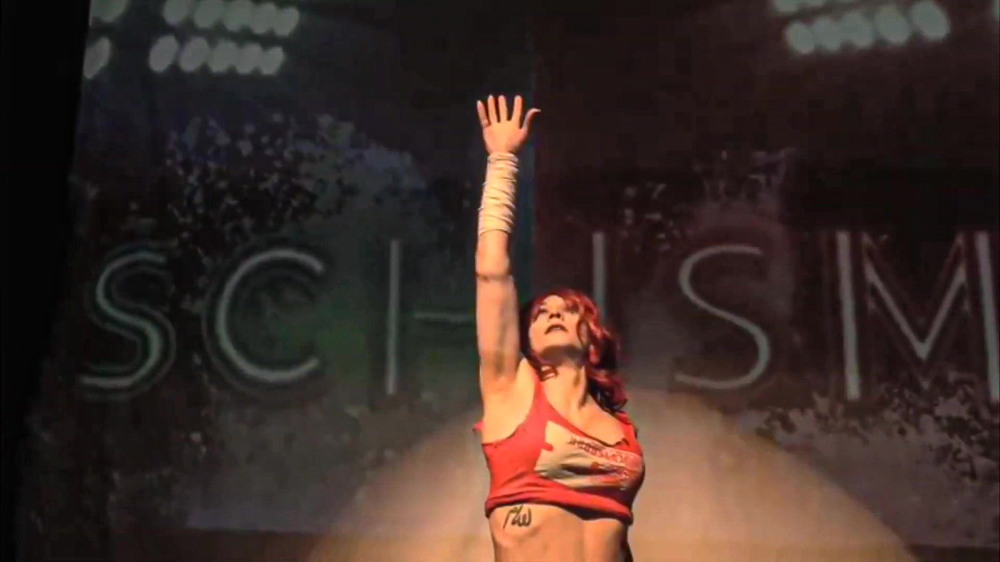 The Dark Sheik in Out In The Ring. Photo by Jahlen Barnes

TOP PHOTO: Sonny Kiss in Out In The Ring. Photo by Jahlen Barnes

OUT IN THE RING LINKS