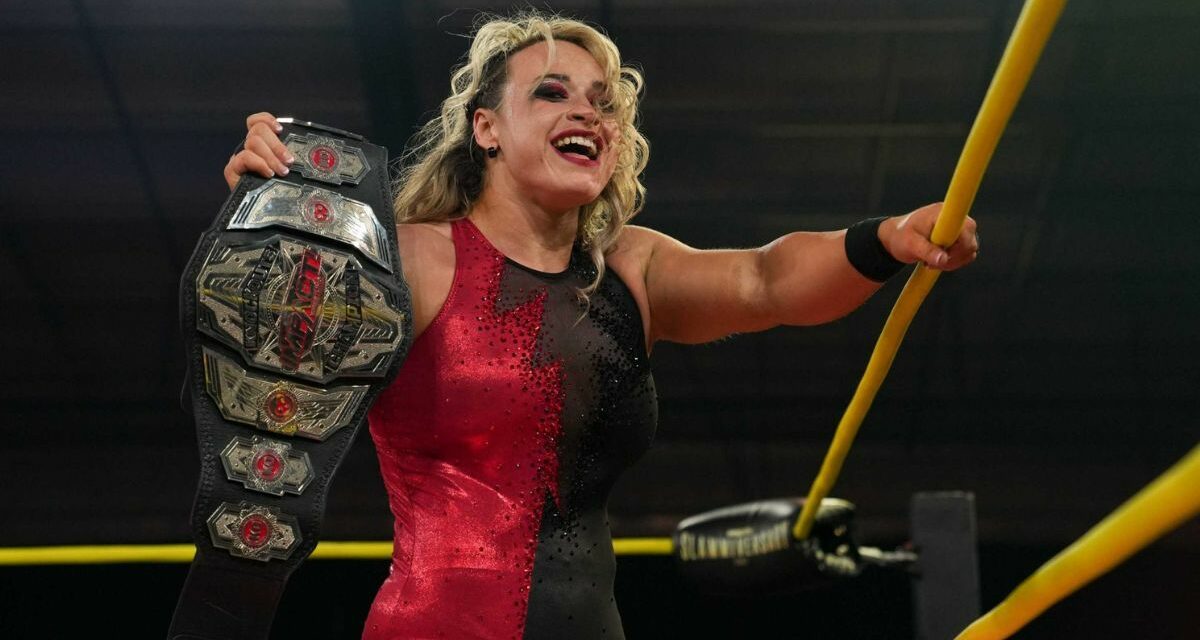 Jordynne Grace is on the phone, just days after recapturing the Impact Knockouts championship in the first-ever Queen of the Mountain match at Slammiversary. Despite the tables, ladders, cages, bumps, kicks, and general mayhem in the bout against Tasha Steelz, Chelsea Green, Deonna Purrazzo and Mia Yim, she swears she’s okay.

“I actually did bruise my face but other than that, nothing’s broken. So like it’s fine,” Grace assured SlamWrestling.net readers.

Given that it was the debut of women in the Impact-only King of the Mountain match, where there are assorted timeouts in cages, and the ultimate goal is to hang the title belt — but only after scoring a pinfall or submission first, it’s fair to ask how she prepared. 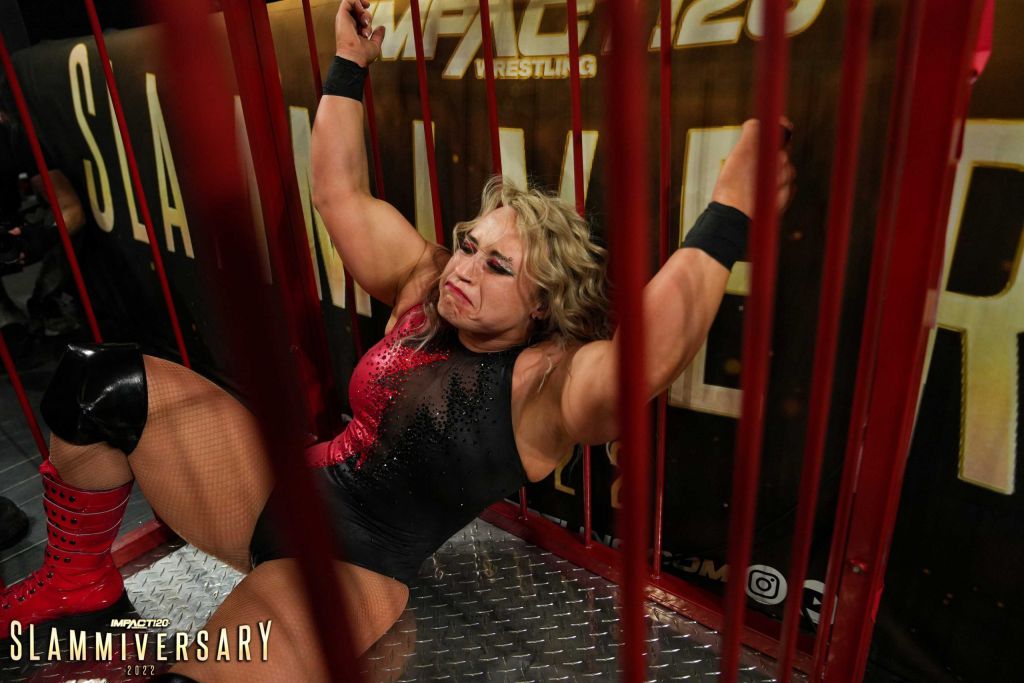 Jordynne Grace spends time in timeout during the Queen of the Mountain match at Slammiversary. Impact photo

“I can’t speak for every other girl, but I asked for a link to all of the past to the King of the Mountain matches, there’s been 12,” said Grace, who believes that all the other girls in match were sent the same links to watch previous incarnations of the chaos if they chose.

“I watched all those matches so many times through. And I figured out all the rules. And there’s a couple rules that I didn’t even realize were rules and had to clarify,” she said. “Like, I didn’t know that it was also Falls Count Anywhere, because it doesn’t say that in the actual rules when it’s up on the screen. So there was one match, I think Chris Sabin got pinned on the outside, and I was like, ‘Oh sh*t, you can get pinned on the outside?'”

Grace went and asked Impact Executive Vice-President Scott D’Amore about the rule, and he confirmed that, yes, falls can be counted anywhere.

“I knew that immediately I wanted to implement that rule into the match,” said Grace.

“Even even after we did all of that, a couple of things still were thrown at us that we didn’t know were going to happen during the actual match. I feel like that’s a match you can’t 100% prepare for it, because there’s so much convoluted stuff going on about it,” she said. 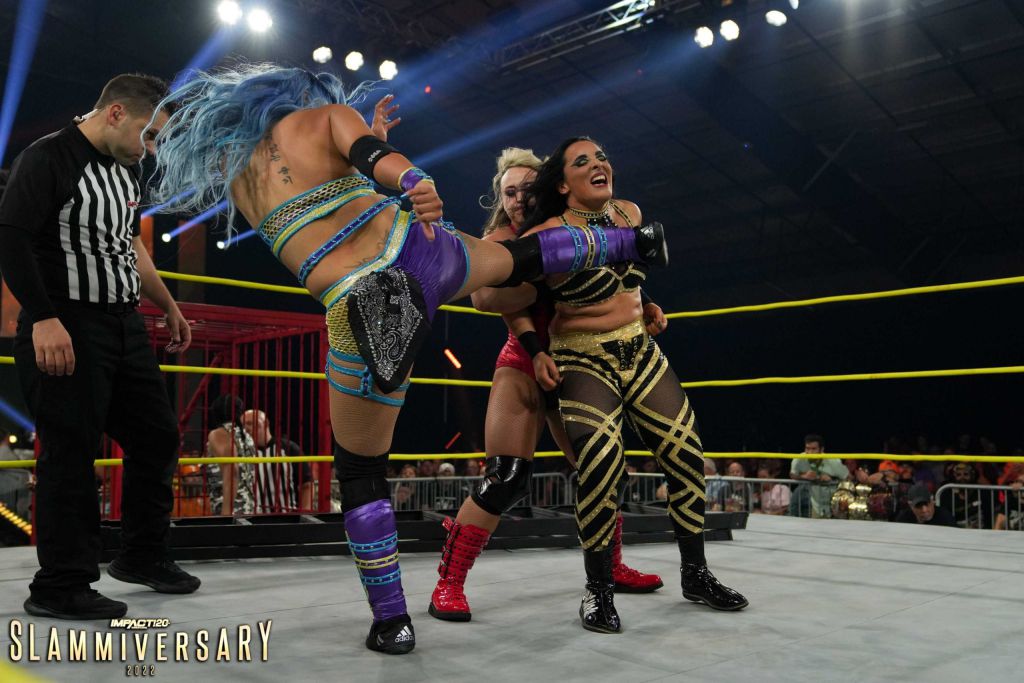 Jordynne Grace holds Deonna Purrozza for Mia Yim to kick during the Queen of the Mountain match at Slammiversary. Impact photo

“Luckily, I had four other girls who were with me that are all extremely professional and talented. So we were able to just go and do stuff on the fly like that.” [See Bob Kapur’s recap of the show.]

It was the 20th anniversary of Total-Nonstop Action which became Impact Wrestling, and all kinds of names from the past were in attendance in Nashville, on the card headlined with Josh Alexander retaining the Impact World title against Eric Young.

Grace was especially stoked to meet the most important woman in the history of TNA/Impact.

“A person that I thought was really cool who was there was Dixie Carter. I’d never met her before and I got to meet her,” said Grace of the former owner. “I also thought it was really cool that AJ Styles was able to send in a video. I wish he could have been there, that would have been a huge mark-out moment for me.”

EDITOR’S NOTE: Watch for more from our conversation with Jordynne Grace next week, including her thoughts on being Knockouts champion for the second time, some of the challengers ahead, and how she feels she is a different wrestler this go-round.