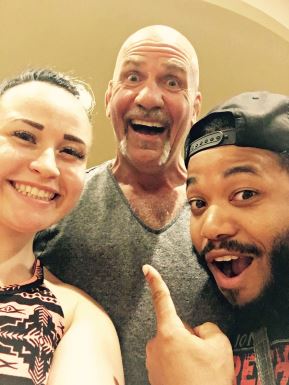 It is 8:51 a.m. on day 19 of the “Nightmare on Elite Street” tour, and I awaken on a comfy couch at Greg and Lori’s house. They run the ring truck, and work the front door at our shows.

Despite all of the turmoil over the past few weeks with injuries, family emergencies, frustrations, vehicle problems, etc. the past few days have FINALLY seen us fall into that “well-oiled machine” groove, that, as far as I’m concerned, should have been from day one.

The reality is, however, things happen. And with almost 20 people on this tour going from town to town, a lot of things are just bound to happen.

The past few days have seen our travel time slow to nearly nothing, which provides all of us some much-needed rest. I could easily tell, as there were a lot more smiles from the crew, every night at the shows in Virden, Souris, and Morden. 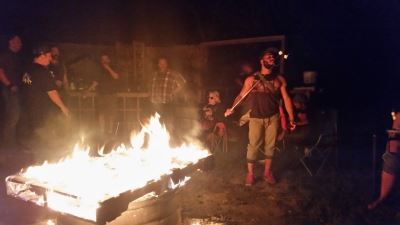 BBQ, campfire and roasting marshmallows at a private afterparty in Moosomin. Jonathon Gresham making sure his marshmallows are just the way he likes them!

Last night, after the event in Morden, Manitoba, we all came back to Winnipeg and, at the midnight hour, we were informed on our group Facebook message that Jordynne Grace and Jonathan Gresham were getting married by Nikita Koloff in their hotel room before flying out today.

I had just settled in on the couch and was dozing off while my phone kept buzzing with some of the crew asking what easy going on, and where the hotel was, etc. 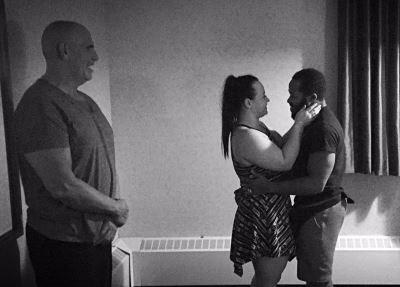 Nikita with Jordynne and Jonathon.

This morning I saw several pictures from the impromptu service, that was more symbolic than legal, I believe. However, as far as I’m concerned, symbolic is all you need, because that’s what’s truly in your heart, so my very best wishes to Jordynne and Jonathon!

I really enjoyed my time with them this tour. I hadn’t seen Jordynne in several years, and she has blossomed as a performer tremendously. And I loved sitting with Jonathan sharing wrestling ideas, viewpoints, and psychology. It really got my creative juices flowing, and there may be some collaboration between us on some projects in the new year. 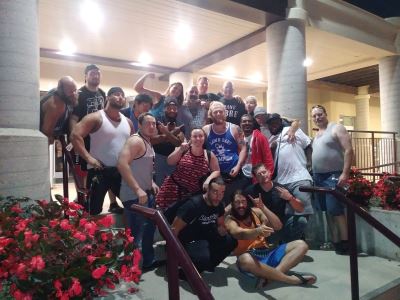 Our crew (minus Silas Young, who left earlier that day) in Morden at the Access Event Centre. The last night before things switch up, more people leave and others join the last remaining dates.

Silas Young had to leave the tour after Souris, so he could fly out for his United Kingdom bookings, so we all said our goodbyes to him a few days ago as well. Another great dude, who I’m thrilled I got to spend most of my time with on this tour. This business essentially is very strange, in that, you may not see someone for years, but you can pick right back up where you left off, and then you hug goodbye, not knowing when, or if you’ll ever see them again. 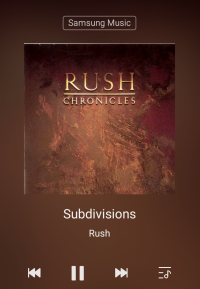 My music of choice, in my earbuds, while driving across the stunning Canadian landscape.. There’s nothing quite as peaceful as the Canadian Praries. I could live anywhere up here.

I understand that more now than ever before, after all these years, and that’s why I cherish every minute and why I want to work to make these tours as much of a success as I can, however I can contribute!

We still have three more days of tour left, and it’ll be challenging! Tonight we’re here in Winnipeg, at a new venue, so I’m looking forward to that. Hopefully it does every BETTER than our regular Winnipeg venue. Tomorrow is an eight-hour drive to Thunder Bay, and Sunday, another six- or seven-hour drive to Sault Ste. Marie to conclude this massive tour.

So stick around, I’ll have a bit more to talk about from the road, and then, once back in St. Louis I’ll summarize this whole experience and wrap it up in proper fashion!