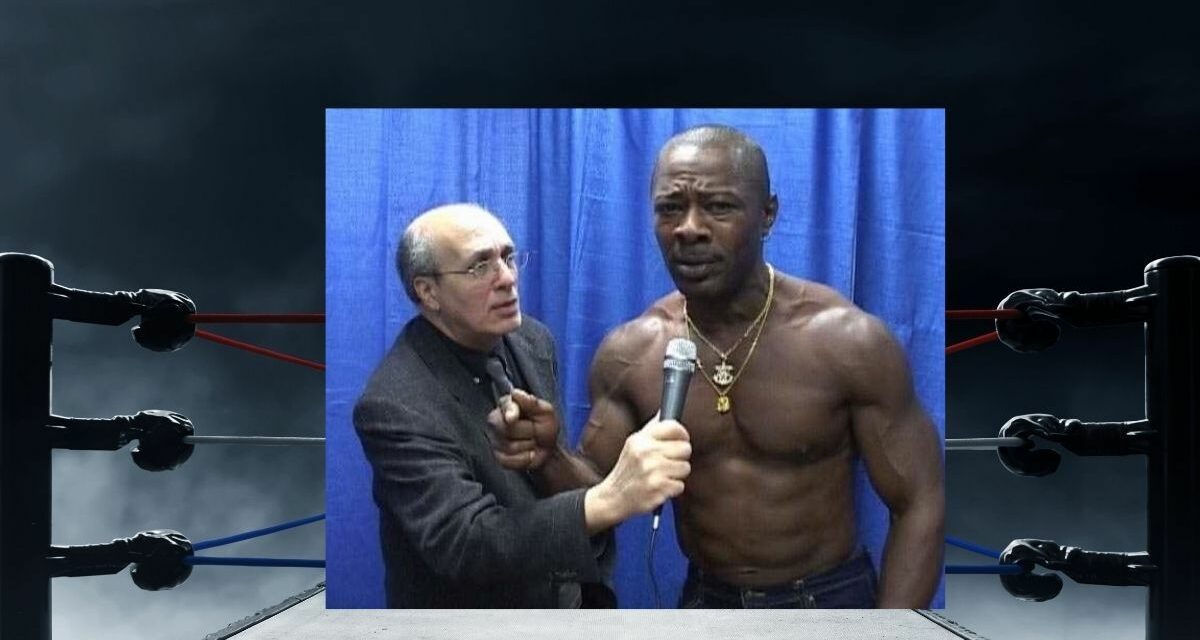 There’s a Rocky King two-word tweet from May 5, 2015 that summed up his life: “Helping people.”

His passing on March 27, 2022, after battling health issues for the last few years — a stroke, blind in one eye, kidney issues — leaves a huge hole in the greater Atlanta area, where the former wrestler, referee, trainer and promoter gave of himself again and again to help others.

Helping the homeless was a particular passion of King’s, and he knew the cause intimately, having experienced homelessness himself. Atlanta station WXIA-TV once dubbed him “King of the Streets” for his efforts.

Born in 1960, and growing up in Richbourg, South Carolina, William Boulware Jr., was homeless for a time in the early 1980s, “often eating from garbage bins” and surviving as best he could.

“I promised God if I made it, I’d feed the homeless,” King told the Atlanta Journal-Constitution in 2015.

As a young man, he did his initial wrestling training in Lancaster, South Carolina. He made his way to Atlanta, and told people that he would become a professional wrestler. The dream came true.

“I used to go down to the TV station (WTBS) hanging around the wrestlers and was thrown out every time,” he told The Atlanta Voice in 2004.

Molding himself into a 6-foot-1, a 220-pound man, working as a day laborer, he debuted in the early 1980s, and working primarily for Jim Crockett Promotions.

He particularly improved in the Florida territory. It was in Championship Wrestling From Florida that King struck up a friendship with Pez Whatley, who died in 2005. “When I met him, I was doing jobs, travelling around the country,” King recalled after Whatley’s death. “I came to Tampa, and [Florida promoter] Eddie Graham gave me my first full-time job. Pez was already working there. We struck up a friendship. His momma called me son, and I called her mom.” 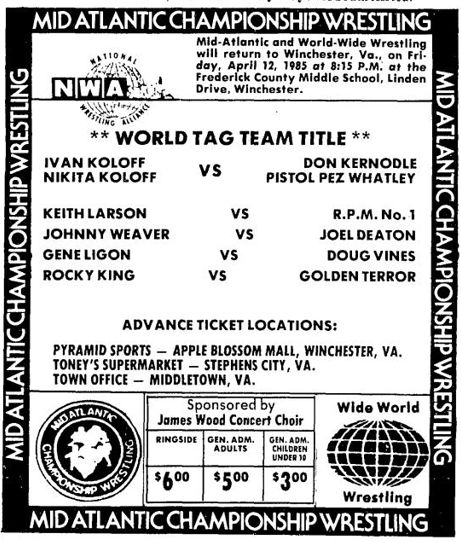 There aren’t many names of the era that he didn’t face, especially as a punching bag of sorts. The Four Horsemen, in particular, often found themselves beating down King.

Tommy Angel was another JCP enhancement talent. He recalled King as a “was just a fun loving, happy guy with an infectious personality. All the boys loved him and also had great respect for his work. He was a jobber that earned his way up the ranks, so much so, the office was putting him over in some house shows and I worked him several times putting him over. He was a fan favorite amongst our talent level. One of the good guys. He will be missed.”

“What people fail to see is that on TV, you go against the very best,” King told Tom Sorensen of the Charlotte Observer in 1987. “The people I wrestle are like the N.Y. Mets — they’re on TV all the time because they’re world champions. They’re hard to beat.”

His highest profile time might have been as Little Richard Marley, roadie/manager/valet for the Fabulous Freebirds (Michael Hayes and Jimmy Garvin), though it didn’t last very long.

“When you are the greatest rock ‘n’ roll band in the world, it allows you a few special perks, and right now we’re going to show you one,” crowed Hayes, bringing Marley.

With his face painted, King begins, “Good golly Miss Molly” and claims to also be from Badstreet USA.

In The Atlanta Voice piece, he talked about all the partying, alcohol, drugs, and womanizing. “I had a woman in every port,” he told writer Hal Lamar. “But I wasn’t happy.”

King — listed as Rocky Boulware — was a part of a 2003 lawsuit against World Championship Wrestling and Turner Sports, suing for discrimination against them because of their race.

Most of the attention went to more outspoken names like “Hardwork” Bobby Walker and Sonny Onno. One part of the complaint noted, “African-American wrestlers are nearly always portrayed as loud, obnoxious, pompous and shiftless. WCW directs African-American wrestlers to act and dress as pimps and hoodlums, to act cocky and showy, and to generally fit into the negative stereotypes associated with that race.”

Here is one of the parts that included King:

Apparently referencing to a demographic survey that was done by a Turner Defendant, informing African-American Rocky Boulware that “Turner told us we don’t need to use you all n******.”

The lawsuit was settled out of court.

King was also a WCW referee. 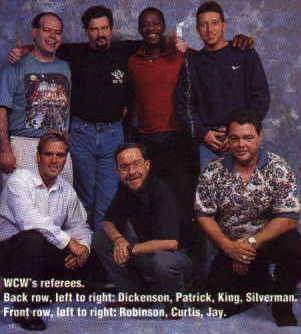 In 2004, King opened Rocky King Used Cars in Atlanta, and ran a restaurant at the Westgate Shopping Center called the Chicken Coop.

He set up a wrestling school and the associated promotion he ran put on upwards of 150 shows a year for a time, in schools, churches, at Boys & Girls Clubs. Most were fundraising based, and Habitat for Humanity was a particular charity King and company supported. The WWA was proudly family-friendly, and its old website promoted: “We run traditional wrestling shows and shows for Charities. The shows have great wrestling, great role models, and great inspiration. There are no curse words, no sick soap operas, no porno. You will be proud to take your 7 year olds and have no fear they will see anything X Rated.”

“Some of the guys I knew in the business laughed at me,” King told The Atlanta Voice. “They said I was a fool to offer to do wrestling matches for charity. They said I’d be out of business in a year.” For a time, the promotion was called Boulware Wrestling, in tribute to his late brother, Michael.

He loved people just as much. 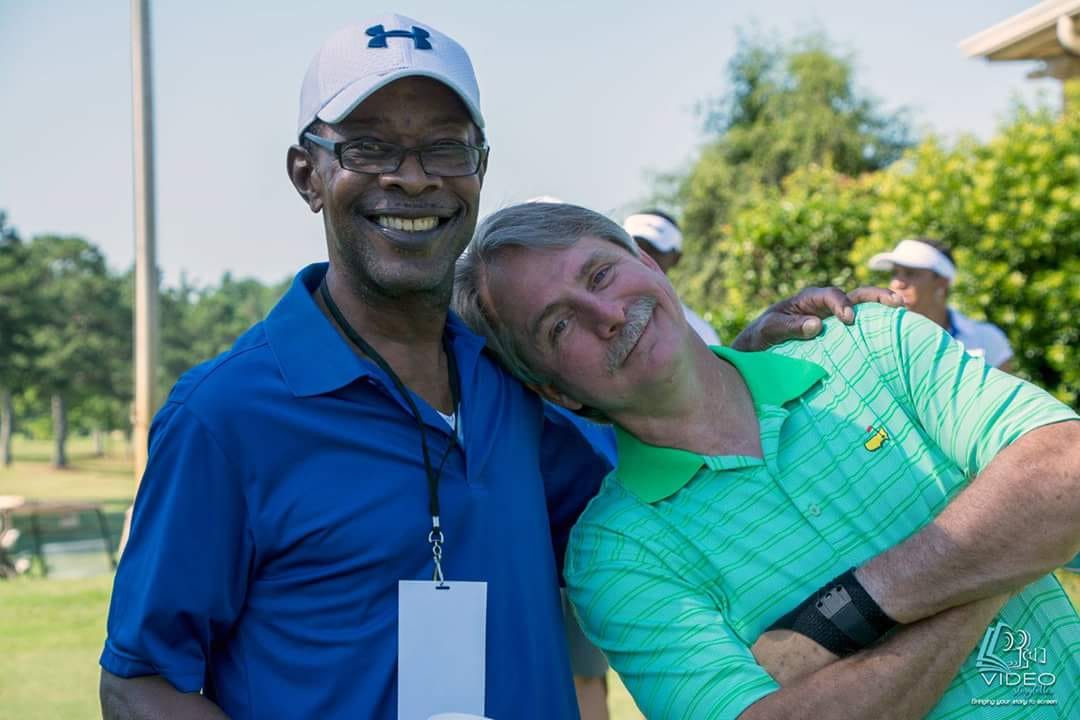 Comedian Jeff Foxworthy was a friend of King’s, and they ran many golf tournaments and other charitable events together. He explained to WXIA-TV the goodness he saw in King: “He just loves people who need loving on. I sometimes ask myself, ‘God am I going to get to heaven and find out that Rocky was an angel that I didn’t know about? Because you say in Hebrews they walk among us.’ Maybe Rocky is one of them angels and we didn’t know about it.”

As with wrestling, where he mixed with so many top names, his Facebook and Twitter pages are filled with photos with governors, mayors, titans of industry, as well as those he helped along the way.

The WXIA-TV piece from 2015, with the accompanying story written by Jaye Watson, sums up King:

A year ago Rocky had a stroke. He has had to relearn how to walk. He is now blind in one eye and his famous strength has been stolen away.
But he is still on the streets every day.
To him, it’s not an option not to help.
“God blessed me to be able to wrestle around the country.” And it’s what came after that high that is the center of Rocky’s life, the center of who he is. As he drives to his next destination he talks about the people who “plant seeds” versus the people “who take and take.”
“You gotta give back.”
Despite all that he has lost, Rocky’s true power, love, shines brighter than ever.

Jack Lord on Facebook: Hearing about the passing of Rocky King really breaks my heart. He was such a great guy, did so much in his career, and was heavily involved in his community in Atlanta. The world has lost a good man and I have lost a brother. Rest In Peace, old friend.

Rob Kellum / Maestro on Twitter (@thestro): RIP my wrestling brother Rocky King . Thank you for your kindness and friendship. Loving prayers, thoughts, and condolences to the family. Love and respect forever brother.

Shawn Hoodrich on Facebook: I love u Rocky King this hurts so bad to hear the passing of u u were a big mentor to me I love u so much old man u were a pioneer for black wrestlers and u made all of us proud thank u so much unc u meant alot to me and helped me alot fly high unc #RipRockyKing

Eric Adamz on Facebook: The Georgia wrestling scene just lost another great who deserved way more than he ever got. Rest easy Rocky King your fight is over now you can rest in paradise. I’m sorry we never got to spend more time with each other. My condolences to his family and the entire Georgia wrestling scene that he touched and shared his wisdom with.

Axl Foley on Twitter (@ARodMadness): Heartbreaking news to wake up to today. Rocky King was the man who first trained me in the ring all those years ago. I loved how he would give back to the communities and did so much for the kids. He truly had a heart of gold. RIP Rocky King.

Stephanie Woods Miller on Facebook: Some grief feels too big to bear. Some pain is too deep for words to cover. God in His wisdom blew out a candle and Rocky King has gained his well deserved wings. Professional wrestler, advocate for the homeless, businessman, strategist, fierce defender. He loved his family and his friends. He had the biggest personality, that unique and unmistakable voice and the largest heart. You forever changed my life and made it bigger and brighter. You finished the race. Rest now where there is no more pain.

EDITOR’S NOTE: The initial piece incorrectly noted that the WCW racial discrimination lawsuit was dismissed, when it was, in fact, settled out of court.