WWE Toronto house show fun for kids of all ages 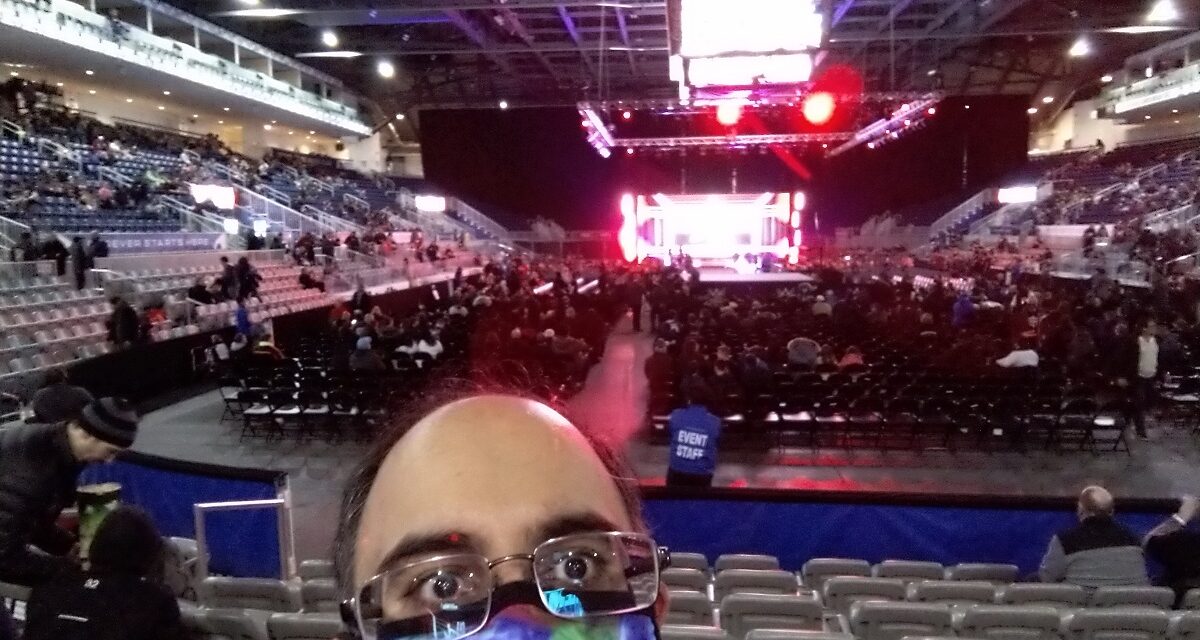 TORONTO – As someone who writes about wrestling on the internet, it can be really easy at times to be negative.

Whether it’s knocking the creative direction of a storyline, nitpicking every little mistake in a match, or questioning who is or isn’t getting a push, sometimes the going-in position is to criticize, as opposed to highlighting the good points.

That very well may have been what my report of Sunday night’s WWE Road to WrestleMania house show at Toronto’s Coca-Cola Coliseum would have read like. Until the two people with the seats next to me joined me: a man and his 7-year old son, Owen, who was attending his first wrestling show in person.

Watching the show through Owen’s eyes – hearing him scream and shout and clap and stomp in his support of his heroes as they courageously battled the villains in the ultimate battle of good and evil – gave me a sense of wonder, excitement, and enthusiasm I hadn’t felt in a long time.

And when I turned off my “smart mark” brain, I noticed something else. The rest of the near- if not fully-sold out crowd in the building were just like him. Perhaps it was all the pent-up energy of a lockdown being collectively-released. But the crowd was as rowdy and raucous as ever – certainly louder (and obviously more authentic) than it sounds like on TV.

The energy was felt throughout the building all night.

From the long line-ups at the merch stands where you could get a custom Toronto 3:16 t-shirt (which apparently sold out by the end of the night) or an autographed 8X10 of Riddle, or a Becky Lynch plush doll.

To the singing along by the crowd of the wrestlers’ entrance music, including R-Truth’s ever-popular “What’s Up?” call and response.

To the cheers and chants that filled the building during every single match, including the appreciative “This is awesome!” one that broke out during the US Championship match that saw Finn Balor successfully defend his title in a Triple Threat match against Damian Priest and Austin Theory.

Right up until the very end of the show that saw WWE Hall of Famer – and Toronto’s own – Trish Stratus confront Becky Lynch, leading to a slap that staggered Becky and into the waiting arms of Rhea Ripley who planted Becky with the Riptide as payback for cheating to beat Ripley in the main event. 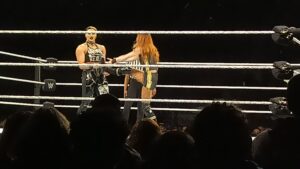 And sure, there are things that I could criticize. Like the fact that the opening segment seemed to blur the line between babyfaces and heels. Or the fact that the two teams that will be contending for the Tag Team Championship at next week’s WrestleMania lost to a duo that aren’t even a proper tag team anymore and neither have a scheduled match at Mania. Or that there was no point in putting on title matches when there was zero-point-zero chance of actually having a title change hands this close to Mania.

But what would be the point? Because it’s safe to say that 95% of the fans in the audience – and a great many number of them seemed to be kids like Owen – didn’t notice, or didn’t care. After all, they weren’t there to analyze the show with a jaundiced eye. They were there to have fun.

And, at the end of the night – because I took off my critic’s hat and replaced it with my fan’s hat – so did I.

So, thank you, Owen, for helping me feel the joy of a wrestling show as if I was a kid again. 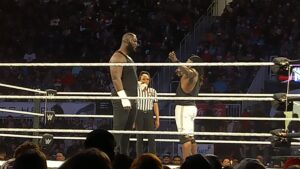 Omos towers over R-Truth at the WWE Road to WrestleMania show – Coca-Cola Coliseum, Toronto ON, March 27, 2022

Top Photo: Bob Kapur before the WWE Road to WrestleMania show at the Coca-Cola Coliseum, March 27, 2022.