ZSJ wins the New Japan Cup for a second time 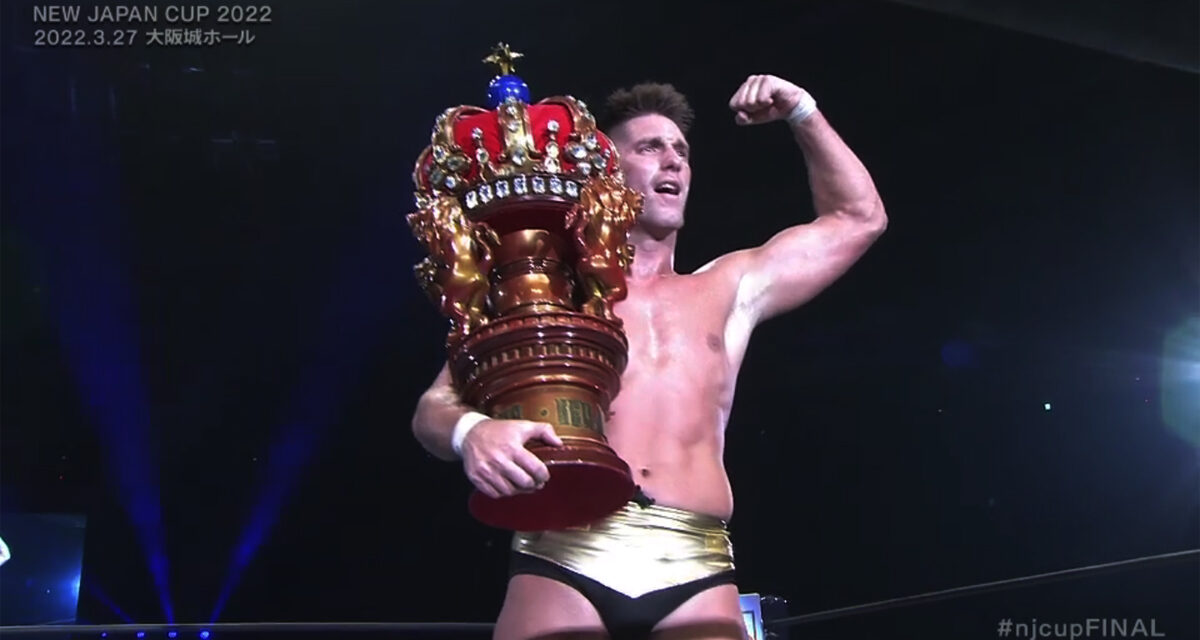 ZSJ defeated Tetsuya Naito to win the tournament and lay claim to an IWGP World Heavyweight Championship match. ZSJ won the Cup for the first time back in 2018 defeating Hiroshi Tanahashi.

ZSJ tried to throw Naito off his game from the very start of their match as both were changing out of their entrance gear.

“All the time in the world, darling,” ZSJ said to Naito as he took his time changing out of his suit.

ZSJ played mind games back with Naito by backing him into the ropes and then laughing as he broke clean. Naito did the same thing back to ZSJ seconds later. 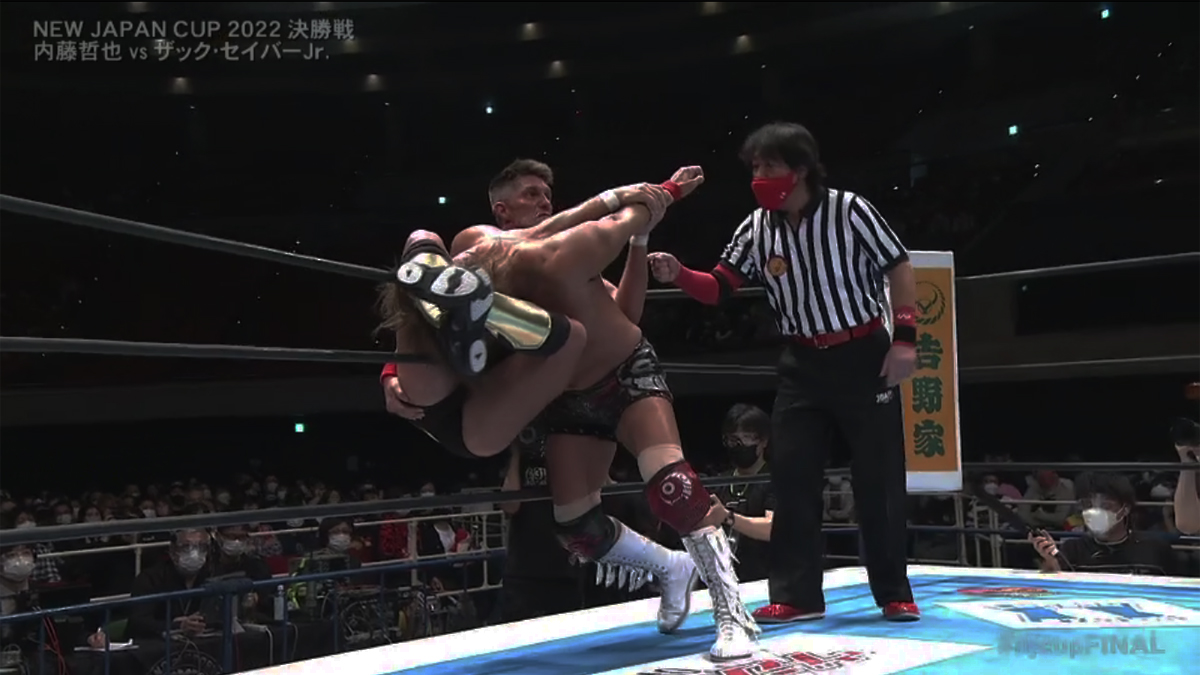 Both men attempted an arm drag on the other. They ended up locked together. For a while, they argued about who would let go first. They eventually both backed away at the same time but Naito kicked ZSJ in the stomach.

Naito strung along a series of attacks. ZSJ gave Naito a bow and arrow drop. It damages Naito’s knees which are severely taped up. Naito has to roll out of the ring.

On the floor, ZSJ stomps on Naito’s knee, twisting and contorting it. Inside the ring, ZSJ worked over the knee forcing Naito to reach out for the ropes. An inverted atomic drop and a neckbreaker halts ZSJ’s assault.

ZSJ uses the ropes to tie up Naito in a nasty Octopus. As the pace quickens Zach almost pins Naito with several clever roll-ups. Natio attempted that fancy roll-up he has used recently. Zach countered it with one of his own for a two count.

Curiously, Zach didn’t win the match with a submission move. He gave Naito a Tornado DDT and a Zach Driver to claim the Cup.

Accepting the trophy Zach broke character and thanked Naito for such a great match. 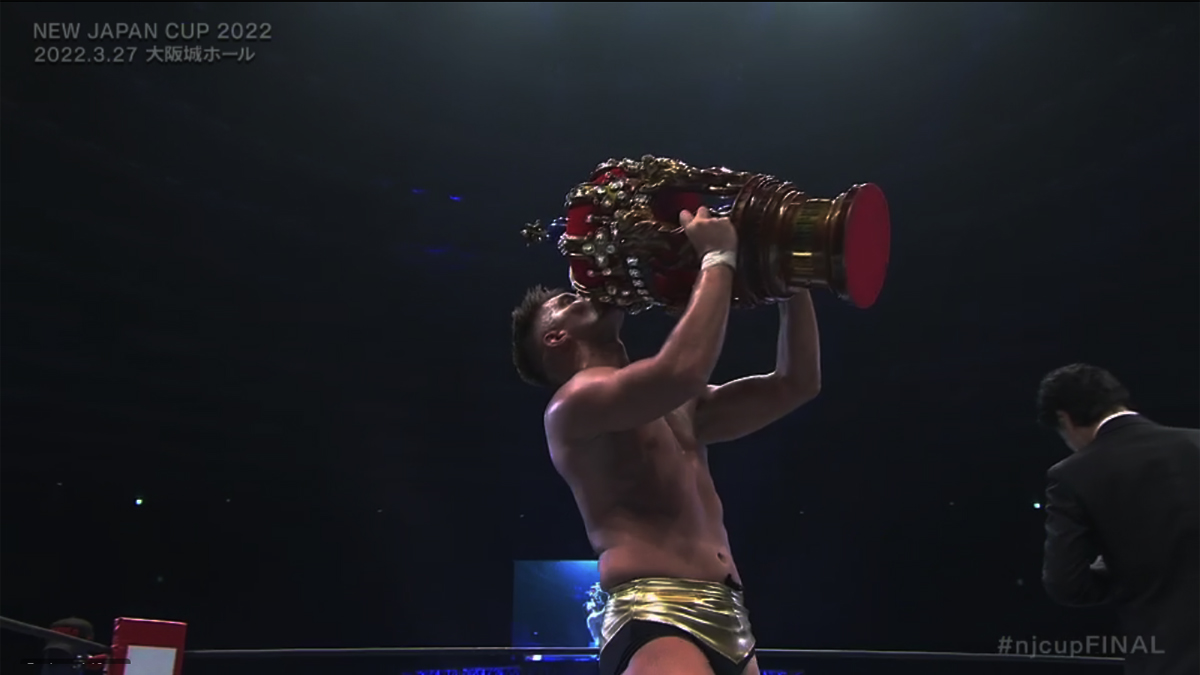 Owens hits Jado with a running knee and puts Gedo on top for the cover.

Taichi pins Yoh with his leaping elbow smash. Taichi picks up the KPOW trophy and drops it on Yano’s chest. Young Lions and officials have to pull Suzuki and Ishii off each other. They break away on the entrance way and continue brawling.

Sho demands a title shot. He isn’t given one so he leaves the ring. Yujiro is left alone as Suzuki-gun makes their way to the ring. Sho attacks them from behind hitting them with the wrench. Yujiro hits Taka with Pimp Juice. House of Torture demands the bell be rung and the match started. The official refuses. Sho ends up attacking the official. The bell is rung. Sho makes Taka tap out to Snake Bite…when he was already KO’d by the wrench. Sho rips off Desperado’s mask. Sho nails Desperado with Shock Arrow.

Cobb pins Honma with Tour of the Islands.

Evil is tossed into an exposed turnbuckle and Hiromu pins Dick Togo with Everything is Hiromu. Hiromu challenges Evil for the NEVER Openweight Championship.

Okada pins T-Hawk with the Rainmaker.