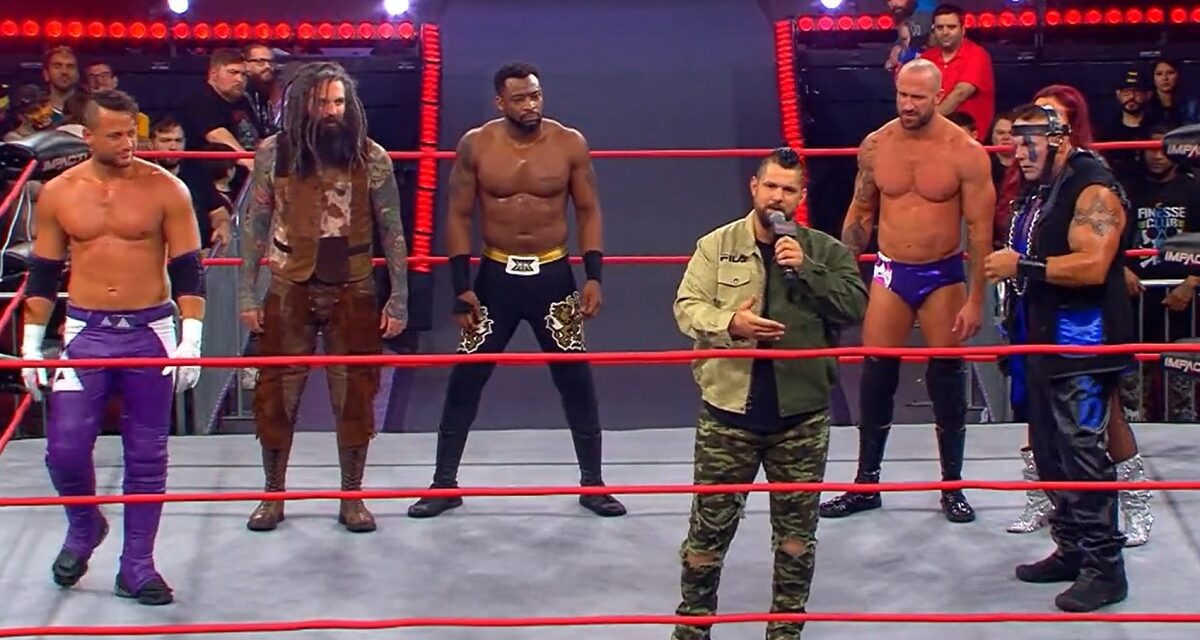 On March 5, Tony Khan kicked off AEW Dynamite with his latest “big announcement” — the purchase of the Ring of Honor (ROH) wrestling promotion from Sinclair Broadcasting Group.

Predictably, internet commenters were quick to draw comparisons to other ill-fated purchases of one wrestling company by another. We all know how the Monday Night Wars ended: with World Wrestling Entertainment (WWE) buying World Championship Wrestling (WCW) for a fraction of its value in 2001, then burying the brand (more on that later). What gets mentioned less often is WWE’s purchase of Extreme Championship Wrestling (ECW) out of bankruptcy in 2003, well after its talent had been co-opted for the same ruinous “invasion” angle. Wrestling historians will also remember Jim Crockett Promotion’s acquisition of Bill Watts’ failing UWF in the late 1980s, which brought talent like Sting and Rick Steiner to JCP but squandered a host of dream matches and overextended JCP to the point that it was easy prey for Ted Turner. These examples in turn may offer Khan a guide to maximizing this investment, or at least a useful checklist of what not to do when buying a second wrestling brand. 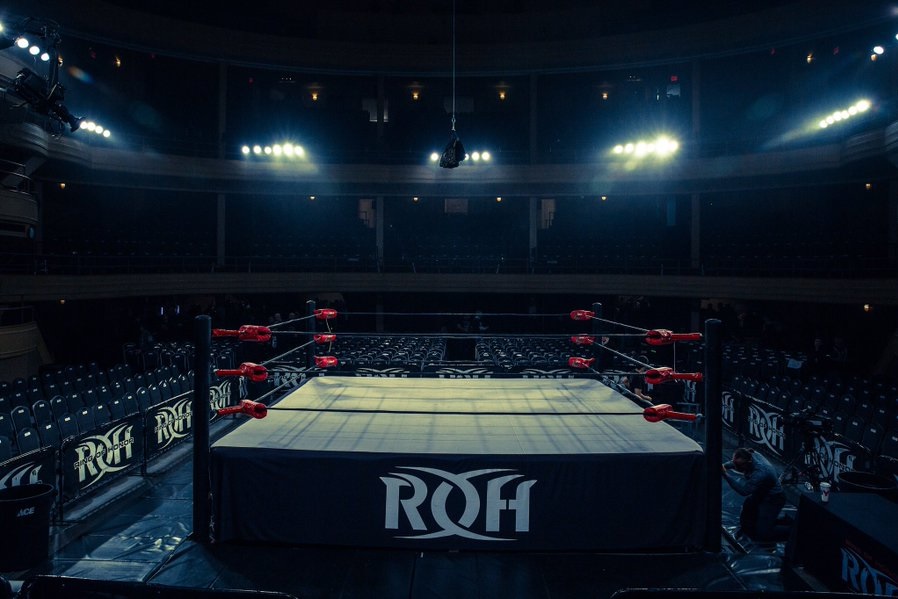 But first, it’s worth noting just what Tony Khan has bought. According to AEW’s press release, Khan purchased assets “including the promotion’s extensive video library dating back to 2002, brand assets, intellectual property, production equipment and more.” Like WWE’s purchase of WCW, this was not the purchase of a fully-functioning promotion. In late 2021, ROH had announced that it would temporarily cease operations and its entire roster would be released. Indeed, some talent like Jay Lethal and Brody King had already landed in AEW by the time Khan made his announcement, while others have turned up in Impact Wrestling and the National Wrestling Alliance (NWA) as part of their own invasion storylines; in promotions like Major League Wrestling (MLW) and the new Control Your Narrative enterprise; or else on the smaller independent scene or to home promotions in Mexico or Japan. AEW bought a wrestling promotion without any wrestlers.

This matters for three reasons:

I would argue that the worst thing Khan could do is to establish an ongoing false rivalry between AEW and a revitalized ROH. WWE and JCP both made this mistake, with the result that they felt the need to put their own brands over at the expense of the new kids on the block. Whatever value the UWF or WCW had was lost when JCP and WWF guys were seen beating the interlopers regularly; even worse in WWE’s case when the whole legitimate promotional rivalry was overtaken by the endless McMahon family squabble.

At this point, such rivalries are played out especially when they’re not sincere. WWE tries to convince us that Raw and Smackdown superstars wave their respective flags, but routinely swap superstars throughout the year, and recently scheduled the periodic draft between brands for weeks before Survivor Series. This means the one premium live event that pits brand versus brand mostly saw talent that barely had time to register in their new homes… and for some talent to shuffle back and forth with every draft. Neither of these things build supposed brand loyalty and burn fan suspension of disbelief quickly.

In AEW/ROH’s case this problem is greater. A recent ROH invasion storyline has seen several of brand’s talents crash Impact a wrestling in order to find new jobs. The story goes that the former ROH guys are bitter over losing their jobs, although ROH did more to keep paying talent during the pandemic than many promotions including WWE which has let go a stream of superstars. But if you look at who fought for each side, the vast majority of both teams have spent time in both promotions. Honor No More includes Kenny King, Mike Bennett and Maria Kanellis and now Eddie Edwards (initially positioned as Team Impact until he switched sides). Team Impact included Edwards, Chris Sabin and Rhino; both teams with wrestlers who are easily identifiable with either brand. It takes away from the ‘loyalty’ aspect of the storyline when any of the talent involved could just as easily show up on the other side.

Doing a ROH invasion of AEW would make even less sense. AEW’s initial talent swipe after the All-In pay-per-view devastated the ROH roster (Adam Page, the Young Bucks, Cody Rhodes, Best Friends and So Cal Uncensored were among high-positioned AEW stars who jumped ship) and left them scrambling to build new talent. ROH tried but a series of champions like Matt Taven, Rush and PCO failed to capture their audience’s attention. Even before the pandemic business was down sharply. While one could do a similar angle to Impact, it would be derivative and once Khan made his announcement, why would his new employees, supposedly grateful for their new employment, try to sabotage the brand which made that employment possible? Khan has yet to play the kind of sadistic madman who could make this make sense.

Depending on time and budget and interest, it seems like there are two ways forward that preserve ROH’s legacy among its fans, make use of an actual investment of money rather than throwing it away like WWE or JCP, and help create a stronger, more varied wrestling scene. 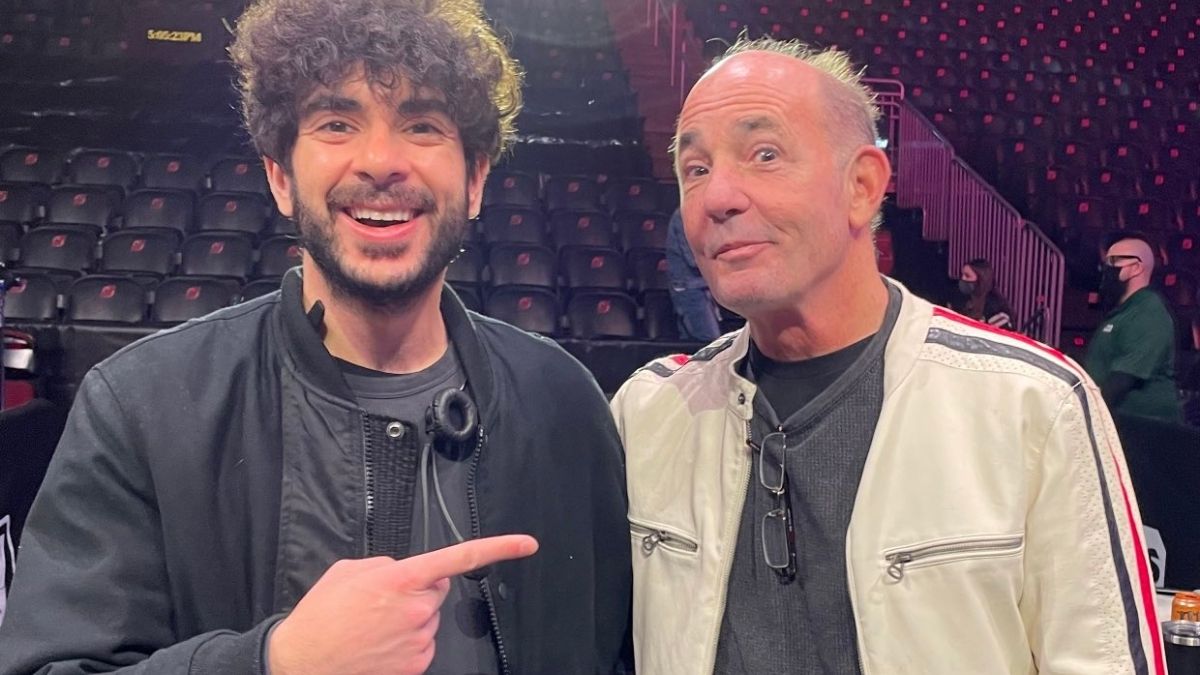 The first option would be to retire ROH as any kind of full-time promotion and use its library full of top flight matches and early appearances of current stars to grow AEW’s mystique. Using clips or selling videos would allow Khan to merge AEW’s history more directly and less brutally with ROH, giving the impression of an evolution of the wrestling business rather than the more predatory reality. This approach gives Khan another 20 years of backstory to ride on-not quite the NWA’s century plus ‘legacy’ but at least somewhat more legitimate. ROH titles and pay-per-views and rules could be brought back occasionally to enhance feuds or give talent storylines to fight over. Managed carefully, this is a way to build AEW’s prestige and make use of an otherwise defunct promotion. Existing AEW talent could be used, emphasizing their respect for and history with ROH, or non-AEW talent could be hired and spotlighted as a way to test them out with audiences before hiring full-time (which ROH did itself with its Top Prospect tournament).

The second option would be for ROH to resume as a full-fledged promotion, but in order to avoid the pitfalls of the past Khan would have to agree to a more hands-off role, and effectively build a wall between his two wrestling brands. This means creating a ‘parallel universe’ where each maintains its own roster and rules and visual identity, and hope to keep them separate enough that they grow rather than cannibalize each others’ audiences. This is a much trickier path, especially for AEW since it is already seen as more of a ‘wrestling first’ promotion rather than the entertainment-heavy WWE.

Khan would effectively have to choose a lane for each brand and allow it the creative freedom to be different from each other. WWE struggled and failed with this concept, convinced that its formula for building superstars and matches and cards was the only way, and stripping WCW and ECW of their individuality. As a result, fans loyal to those two brands stopped watching and arguably, until recently have never come back. WWE withstood the creative and financial failures of its attempts to buy its rivals because it was already huge and stablished. JCP over-leveraged itself in acquiring the UWF to the point that the Crocketts sought out Ted Turner to rescue the promotion.

At this point Khan is known for being somewhat hyperbolic with his announcements, but he promised that this one would be big. Just how he delivers on this promise will tell us how big it is.