‘Mr. Excellent’ excels in the ring and in … math?! 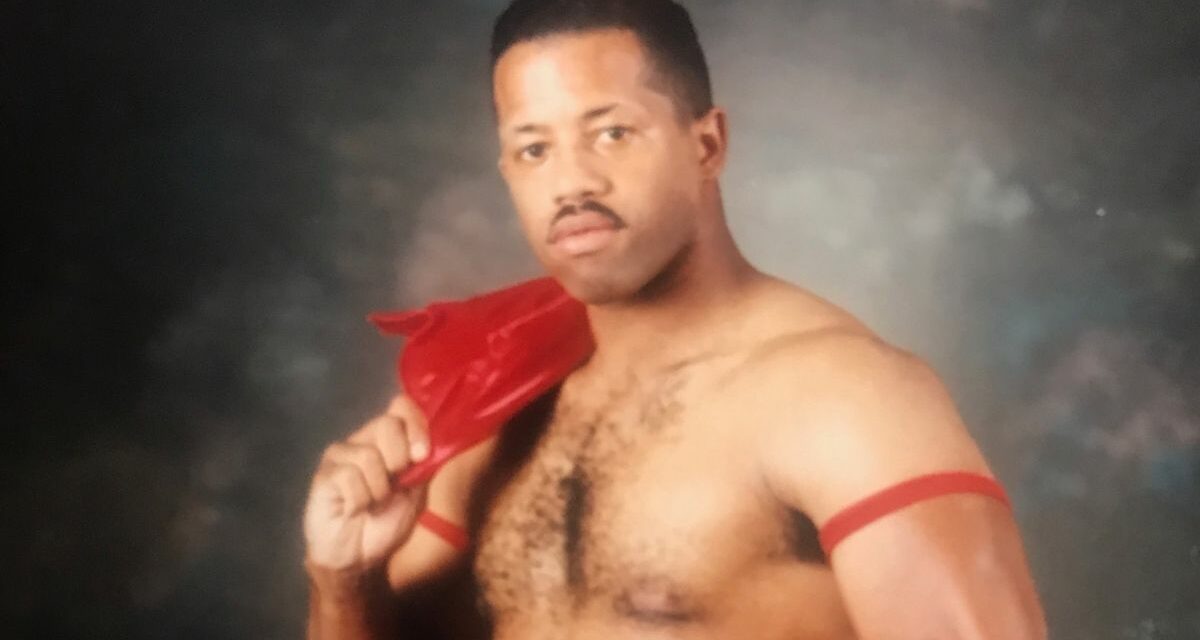 Math. It has been confounding ordinary people for centuries.

But not “Mr. Excellent,” who has proven that brains can go with brawn in the wrestling ring.

Meet Daniel C. Fritz, who wrestled on the North Carolina independent circuit in the late 1990s and early 2000s as Mr. Excellent and Dan Excellent.

Today, he is known by his students and colleagues as Dr. Fritz, as an Assistant Professor of Mathematics and Economics at Virginia State University — and he teaches martial arts to boot. The Good Doctor is good too — he was the 2021 William C. Lowry Mathematics University Educator of the Year.

In the mid-2000s, Fritz stepped away from the ring to pursue a career in education and his “Mr. Excellent” persona has been put on the shelf since then. However now at 59 years old, Mr. Excellent is ready to get back in the squared circle and take on all rising star wrestlers. He’s spent the last few years doing math and now it all adds up to having another match. 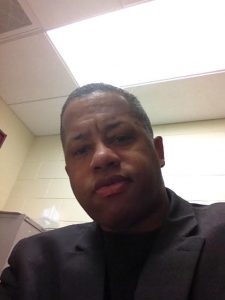 Dr. Daniel Fritz poses for a selfie in an office photo. Courtesy of Dan Fritz.

Fritz’s birth mother had him at a very young age, and he was instead raised by his aunt, Trudy Fritz, the woman he refers to as mom.

Before Fritz laced a pair of wrestling boots or put on his best suit for a lecture, he was a standout athlete in football and track & field. He received many medals, honors, and achievements in his time pursuing track & field, where he actually broke the 800m record at Maryland Eastern Shore — first breaking someone else’s record and then his own. Fritz also served time as part of the army reserves, doing temporary active duty during the Gulf War.

He credits Trudy Fritz with shaping his mentality and being there to encourage him growing up. Without his her, he wouldn’t be in the position that he is today. “My aunt —  or mom as I called her — she was always telling me, ‘You gotta wait till you get your college degree first before anything’,” Fritz told SlamWrestling.net. “I would always tell her I wanted to be in the NFL and try out for the Eagles, or I wanted to be an Olympic athlete. It was sort of hard academically because I was doing all these different sports and at the same time I had to study engineering. It was a lot!”

Fritz loved football and track & field, but after years of attempting to play semi-pro football and trying his hardest to make the Olympics, Fritz instead turned to his childhood dream of becoming a professional wrestler.

As a young boy, he was captivated by the flashiness, the characters, and the athletic aspects of professional wrestling. He saw pro wrestling as another personification of all the sports and hobbies he’d already loved. It had the competition that he felt in playing football. Track & field had prepared him in terms of stamina and endurance for such a fast-paced environment. Fritz also wanted to show a different side of himself, through a wrestling character and working with the entertainment aspect of the sport.

“I used to always put on All Star Wrestling on Saturday mornings. Then there was also a thing called the WWWF. So yeah, I remember seeing the likes of Hulk Hogan, ‘Superstar’ Billy Graham, Tony Garea, and Johnny Rodz,” Fritz said. “These are old, old guys, from way back in the day. Pedro Morales, Gorilla Monsoon. Some of these guys were scary, not in the sense that they looked it, but in their villainous ways. Also, I just loved the flashiness and drama of it all. Rocky Johnson and Tony Atlas, those guys were amazing! Then when I got older, I saw the likes of Bret ‘Hitman’ Hart and Shawn Michaels. Those guys were some of the styles I emulated in a sense, you know, the kicks and technical abilities.”

In 1994, the 6-foot Fritz enrolled in Ken Spence’s School of Professional Wrestling. Following his time there, Fritz then became a student at the Funkin’ Conservatory in 1999-2000 under Dory Funk Jr. However aside from the necessary training, Fritz had to imagine a name and a character for himself.

“I came up with the name Mr. Excellent, because I thought I’m not perfect, really nobody can be perfect. I mean there was Mr. Perfect in the WWF and he was certainly amazing, but you can’t be perfect. There’s only one who is perfect in this world and that’s God. So I said to myself, if I can’t be perfect, then I’m excellent!”

Fritz had nothing but praise and appreciation for the man who helped bring his wrestling career into fruition, Dory Funk Jr.

“I learned so much from him. One of the cornerstones of professional wrestling. He taught me things, as far as the execution of moves, and solidified what I knew,” Fritz said. “Of course, Ken Spence taught me things, but Dory taught me more things… the psychology of the business, the promos, how to speak. Dory trained a lot of people before me and showed me what he did with them… sort of took me under his wing. The name Funk is synonymous with wrestling greatness, but Dory was a great athlete and a great person too.” 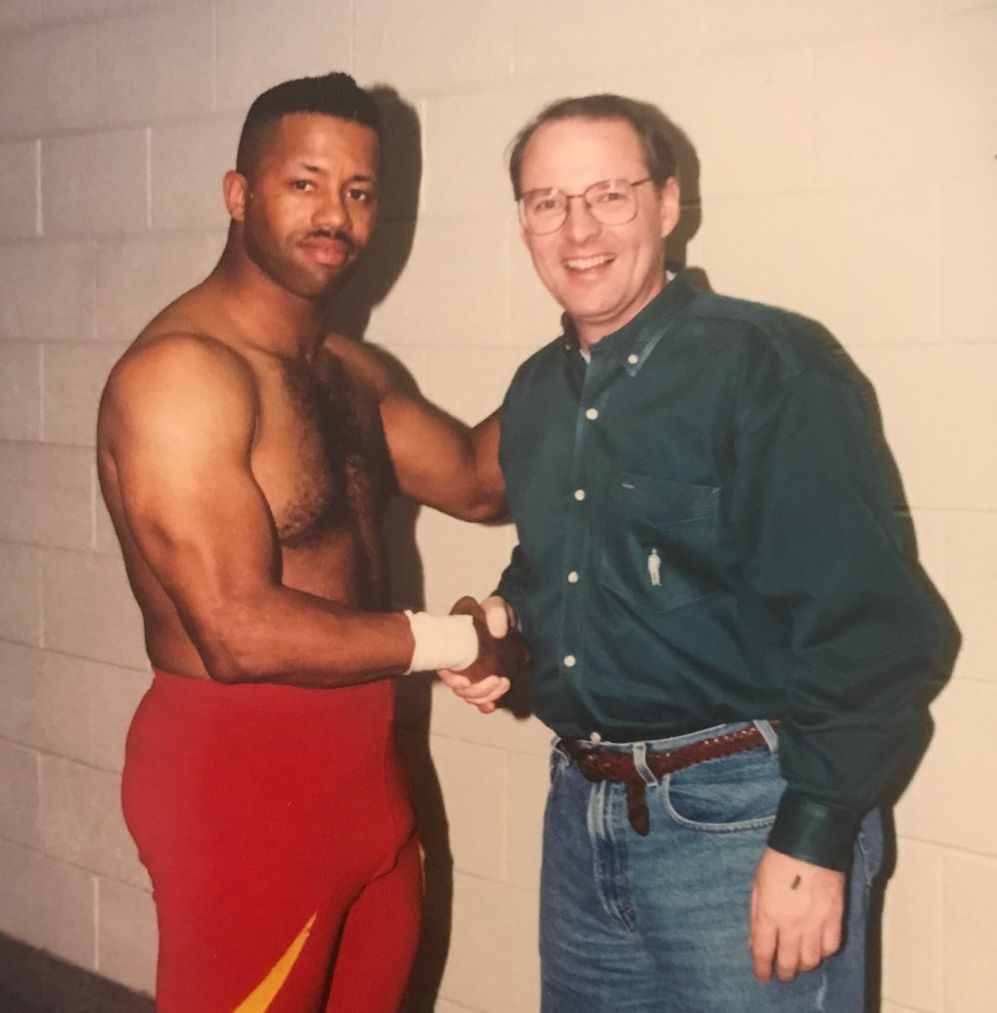 Fritz described his wrestling style as a mix of his martial arts background and athletic abilities.

“When I started to wrestle, I really wanted to do flips and the high-flying stuff. I did the double-jump moonsault, which was me jumping from the top rope to the other side of the rope… or I guess the adjacent side. Let me use my math now,” chuckled Fritz, “not from the adjacent side but to the opposite side, you know, hypotenuse. So that was one of my finishers, aside from the power-plex, which is basically the northern-lights suplex. I incorporated some of my martial arts pedigree into wrestling too, especially my taekwondo and karate. It was a little bit late to start a career, but hey, I can still do some of these moves today.”

Fritz had the honor of working with the Hardy Boyz early in their careers and also independent wrestling legend, Chris Hero, who he trained with at the Funkin’ Conservatory.

“You know a lot of people don’t know this, but I worked with the Hardy Boyz in some battle royals way back when they were real young,” Fritz said. “Those guys were doing some great stuff in the North Carolina scene and, of course, Vince [McMahon] ended up taking notice and signed them to the big times… and Chris Hero wow… somebody needs to tell him I’m trying to reach him. I remember us two at Dory’s man, Chris is an absolute class-act. A real genius of the sport. I’d love to get the chance to talk to Chris and hopefully wrestle him again.”

Fritz’ best memories of wrestling were his fan interactions and ability to draw crowds into his work. Knowing exactly who he is, the spectators would shout “That’s Mr. Excellent!”

“The fans are amazing. You come out there and the fans are going crazy really, that’s what I enjoyed because I was wearing my sleeve out for everyone to see… I would go out and hug the fans, sign them autographs, and some people would come to the shows every week for the same autograph… I’d still sign it for them,” Fritz said. “There was one time we had a contest, like a pick a wrestler to take for dinner and the family that won chose me. So they took out all their cousins, all their family members that were fans of wrestling, and we ate dinner on that night together. Talking about wrestling, love for wrestling, how they were fans of mine… that is an experience I will never forget.” 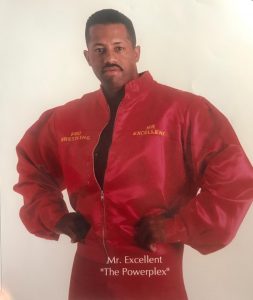 “Mr. Excellent” does not directly mention his wrestling past in his present life; however, he carried over the mantra that helped him achieve his goals and into his eventual career as a professor/instructor.

“I have always had three rules that I can say will guarantee or almost guarantee success in you life — S.O.S.: Stay in school, obey your parents, and say no to drugs,” stressed Fritz “If you have a dream, stay in school, and you will eventually achieve it. Even if what you want to do has nothing to do with school, if you continue learning, you will always have a backup in case things don’t work out. Obeying your parents, always honor thy mother and father. Say no to drugs because your body is a temple of the Holy Spirit, so don’t put anything into your bodies that will ruin it. I follow this myself, I taught this to my fans, and I teach it now to my students. It will really set you up for a great future. This has always been my message.”

Rodolfo Bernal went to grad school with Fritz, at North Carolina A&T State University, studying for their Masters in Mathematics. A wrestling fan, Bernal recognized him from the local scene, so he is one of the few who truly know both sides of Mr. Excellent. “Danny was always a positive influence and was one of the few wrestlers that had catch phrases for kids like, ‘Stay in school, listen to your parents and say no to drugs.’  He also said, ‘Don’t try any of these moves at home,'” recalled Bernal. “He is also an extremely decorated martial artist.  I did not know that at first until I got to know him. He does MMA and continues to teach self defense. A complete class act and true example of a hard worker and positive role model and overall human being, he continues to work on his craft to the point of perfection.”

The ratings for Dr. Fritz at RateMyProfessors.com are overwhelmingly positive. “Dr. Fritz is patient and is willing to help you beyond class time. The lectures were great and all of my questions were answered in class,” reads one, while another notes, “Professor Fritz is a great role model for us students here at Virginia State University. I would not have passed Math if it was not for his patience, knowledge, and his diligence to help me.”

Though Fritz is not entirely vocal about his wrestling career to students and colleagues, he hasn’t closed the professional wrestling chapter of his life just yet. He believes his dedication to these aforementioned key rules in life have helped keep his body in check and fueled the determination to continue wrestling since he hasn’t retired.

“You know the wrestling world man, it’s full of drugs and alcohol and pills and all that bad stuff. I never touched drugs in my life,” Fritz said. “Not in my wrestling career or my personal life. You don’t need steroids to be successful or to get that body you want for wrestling. Just eat clean, work out, live a healthy life, and you will be fine. I think my ability to stay away from that lifestyle has helped keep me in a healthy shape, of course, the pandemic sort of gave me a gut from all the sitting at home. But, I am a 59-year-old, and I feel better than ever. I want everybody to feel that way, especially the generation of tomorrow. This is what I want to leave for the world.”