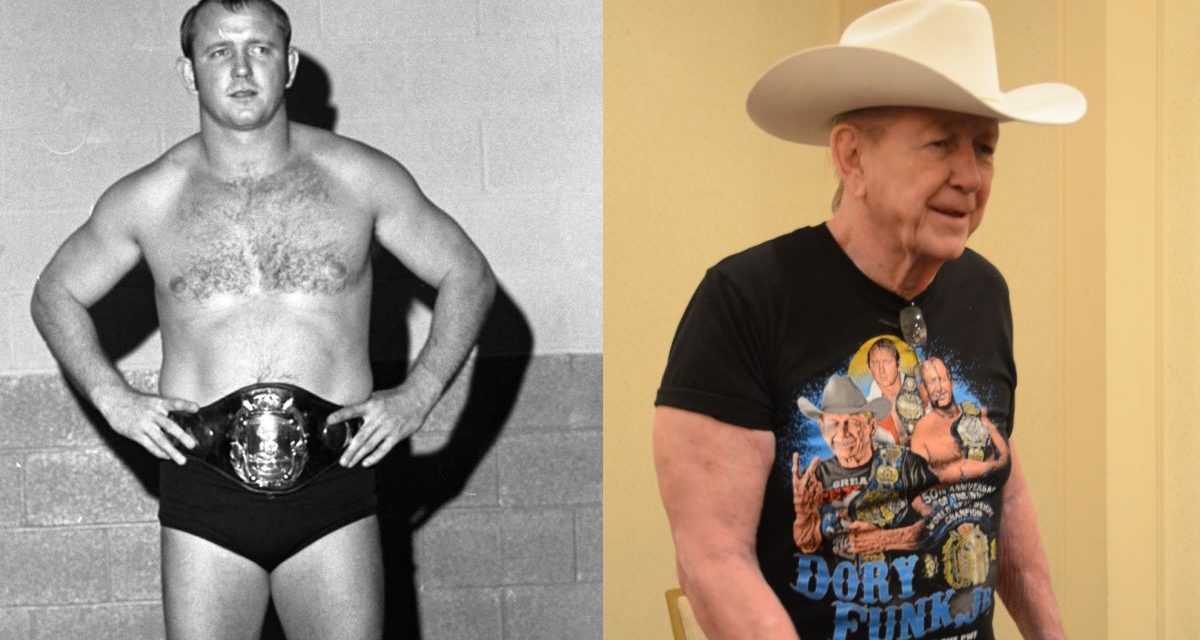 After years of toiling in semi-retirement, Dory Funk Jr. got the itch. He realized he needed to get back into the ring.

It doesn’t come as any real surprise. After all, as the son of legendary wrestler and Texas promoter Dory Funk Sr., he and brother Terry grew up in the wrestling business. The man lives and breathes pro wrestling.

So he decided to step back through the ropes. But Funk isn’t another in a long line of washed up ex-wrestlers making an ill-advised comeback, looking to recapture past glories and cash in on his legend. He has too much respect for himself, and wrestling, to do that.

Instead, he’s helping to train the stars of tomorrow at his pro wrestling training camp, the Funk Conservatory.

“We take a crew of young men and do everything we can to help them make it into pro wrestling,” Funk told SLAM! Wrestling recently from his home in Ocala, FL.

The six day camp, running which began September 20th, and runs to the 25th, draws aspiring wrestlers from all over the U.S. and around the world.

“Last camp we had 17 guys from the States and one guy flew over from England,” stated Funk. “We were very happy with the response we’ve been getting from the ads on the website.”

In today’s fast paced world, mastery of wrestling fundamentals and basics is a forgotten art. Too many young wrestlers breaking into the sport don’t have a firm grasp of the most basic holds and maneuvers.

Who better to teach them than Dory Funk Jr? Funk reigned as NWA World Heavyweight champion from February 11th, 1969 (defeating Canadian Gene Kiniski) to March 4th, 1973 (losing to Harley Race). During his title run, Funk set the standard of excellence in scientific wrestling with a series of classic matches with Jack Brisco, Race and Japanese legend Antonio Inoki. 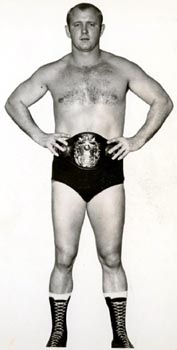 Started earlier this year, the Funk Conservatory is a six-day session that grew out of Funk’s life long commitment to the sport. Dory and brother Terry have informally trained wrestlers throughout their careers. After realizing the demand for his services, Dory turned entrepreneur and established a formal training program.

“We start off with the most basic things that I’ve learned through my years in wrestling,” explained Funk. “We do the basics and graduate to more complicated moves and let the boys be a little more creative.”

While Funk does encourage the wrestlers in his camp to get creative, he also stresses safety in the ring.

“You can be creative as far as you want to go so long as it’s within the safety of yourself and your opponent.”

“We teach them how to control themselves and their own body, whether they have the advantage or disadvantage,” explained Funk.

Aside from wrestling basics, Funk also instructs the students on conditioning, weight training and helps them with their interview and promo skills. The camp ends with a live show before a paying audience, giving the boys a chance to work before a live crowd.

Funk says the camp is not for the faint at heart.

“It’s very tough, it’s a lot of hard work. The guys get bruises and bumps but we do everything we can to prevent injury.”

Funk feels that his camp is crucial to the development of future wrestling talent.

“I used to wrestle 300 times a year for many years. Wrestlers nowadays don’t have the opportunity to get that kind of experience. There’s many small things they should know to improve their work in the ring.”

Funk only accepts people he thinks can handle the rigors of the camp.

“All of the kids that come in here, we make sure they have an athletic background,” explained Funk. “Either in martial arts, football or judo, we want them to be used to the regimen an athlete goes through. That’s very important.”

Funk also had a hand in training several of the top stars in the WWF when he ran their training camp and dojo last year in Conneticut.

“The WWF contacted me when we were doing the Funkin’ Dojo,” said Funk. “They asked me to come up with a full fledged program. That was pretty successful.”

“We’ve had guys like Test, Christian, Val Venis, the Hardy Boyz and Edge, not in the Conservatory, but training with us,” boasted Funk.

And while Funk has had a hand in training some of the biggest stars of the past, it’s the wrestlers coming through this and previous camps that he’s focused on.

“Scouts from the major organizations will be taking a look at the boys,” promised Funk. “There are some you’ll here from very soon.”