AEW Music Producer creates the beats that are All Elite 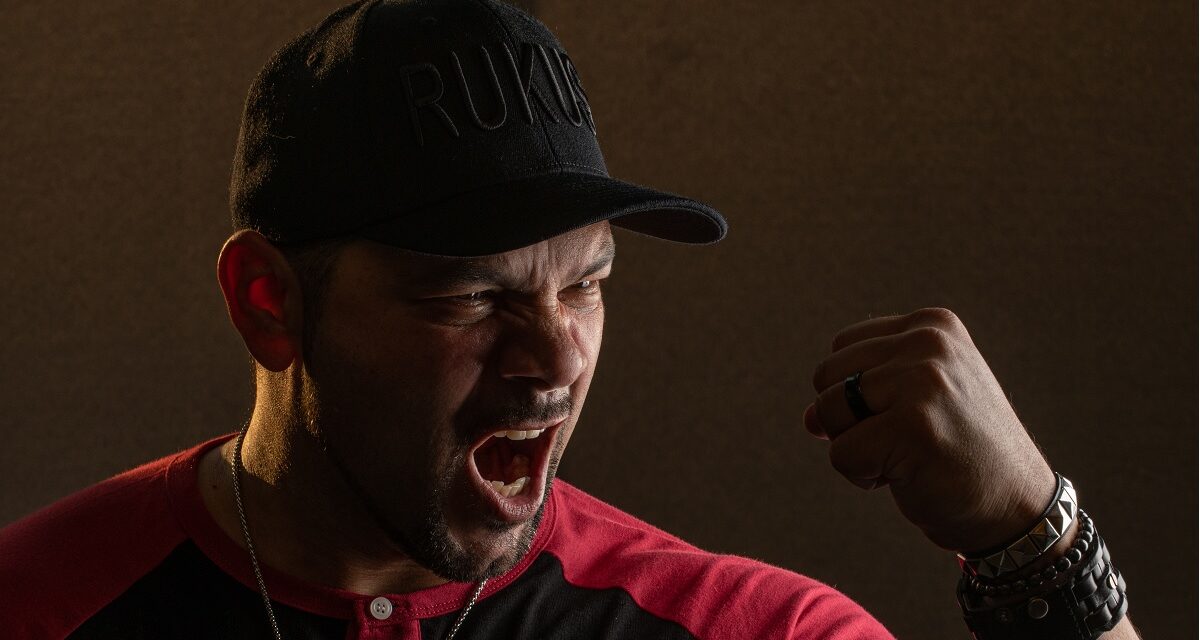 It’s hard to imagine what professional wrestling would be like without music. From the wrestlers’ introduction music, to the TV show theme songs, to the music used in video hype packages, the right music can convey emotion that can’t felt through the visual presentation alone. Nobody in the business is more attuned to this than Mikey Rukus, the in-house Music Producer for All Elite Wrestling. He talked with SlamWresting.net about his work in AEW, including a new album dropping soon in celebration of Black History Month.

A life-long lover and creator of music, Rukus has been composing theme songs for stars since 2010, starting off in the Mixed Martial Arts circuit.

“I was deep-rooted in MMA at the time – I had grown up as a wrestling fan, but actually got away from it when MMA became prevalent,” Rukus said. “I was looking for some supplemental income, and I just decided that I was going to make theme music for fighters. I started with local, regional amateur fighters in the Virginia area, and then just started networking, just creating theme music that they would want. I had to learn the process of listening to their stories and putting them to the style of music that they were interested in.”

“Within a year and a half,” he said proudly, “I had music being played in the UFC. So that was a big deal for me. And then it just kind of started to branch out. I started working with different organizations – I created the theme music for the launch of Invictus Fighting Championship. And in 2015, I (was part of the group) that created the theme song for the World Series of Fighting on NBC Sports.”

As the MMA market scaled back in late 2015, Rukus started to pay more attention to the boom in the independent wrestling scene. “I decided to fully transition into pro wrestling, working in the independent scene. I saw that the indie talents were taking their brand and their name into their own hands, and really creating personas to carry from territory to territory and promotion to promotion. I wanted to be a part of that, and between 2016 and 2018, I created over 200 different theme songs for independent workers. And then heading into 2019, I saw the announcement for AEW.” 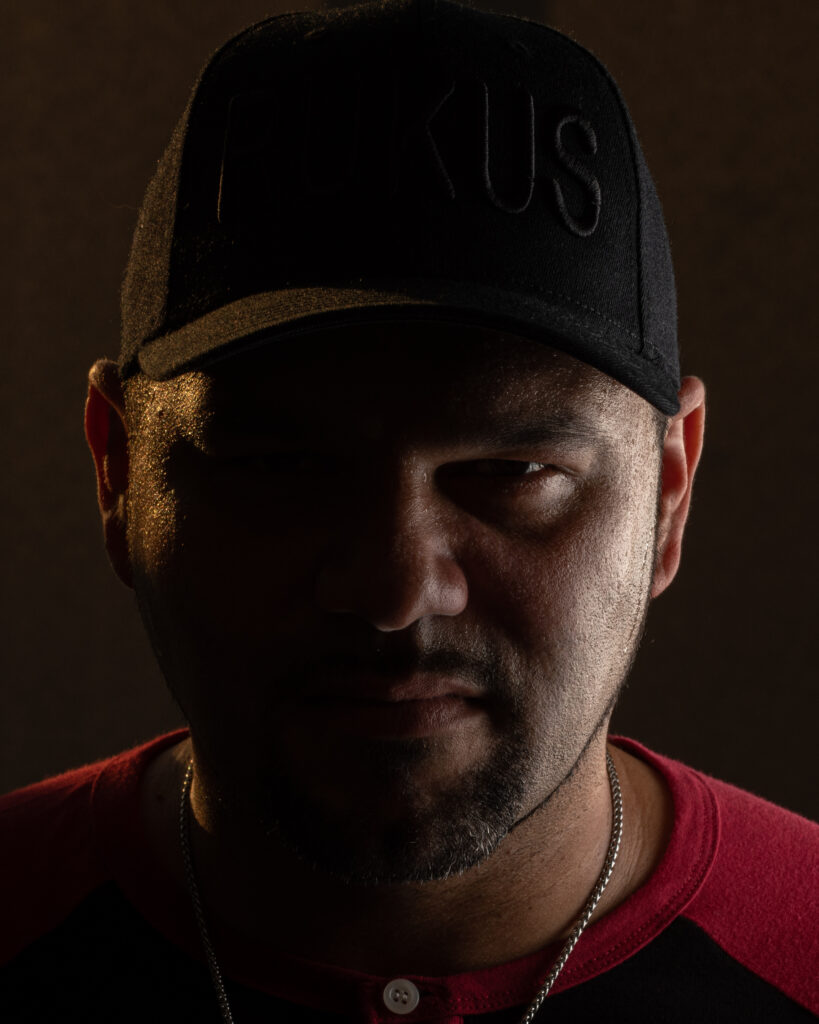 By the time AEW came along, Rukus had a good portfolio and had the workflow down, knowing how to manage the various steps along the way efficiently. It was time to make a decision. “I was really close to burning out from my retail job – I was working 60 hours a week as a retail manager – so I reached out [to AEW],” he recalled. “We had an initial conversation in February 2019, and they asked me do something for the first Double or Nothing show. The first thing I did was the music for Nyla Rose – it was almost like an audition. After that, they started asking me to do more and more – ‘Can you do five songs, 15 songs?’ I finally said, ‘How about I just work for you guys forever?’ And I signed on in May 2019.”

A truly successful audition, then.

“Nyla is still using that same music today,” he laughed.

In terms of coming up with the music, Rukus is given a lot of freedom, but he works very closely with the talent involved and with AEW owner Tony Khan. The ultimate goal is to create a sound that suits the persona. Fortunately, the diverse range of characters in wrestling gives him a lot of opportunity to experiment.

“With MMA, it’s a little bit more linear than we are in pro wrestling,” he explained. “Because in MMA you have some very personal stories that caused people to become fighters. In pro wrestling, you get a chance to expand a little more on the characters and story arcs.”

That includes, in some cases, celebrating their past career history and adding elements of their past themes into their new one.

“If somebody comes into AEW but they had a legendary career (before that), it’s always nice to connect the dots,” he said. Sting is a great example: “Everybody knew him from his entire career – it’s not like anyone was seeing him for the first time. So it was important to tap into the past, to honor the past character and stories, (in addition to) creating a new chapter.”

“But some people will want a completely clean slate. Miro was a good example of that. When they did the ‘Best Man’ theme for him, they really wanted to give it an epic feel, and separate it from who he was in WWE. And when he went to the Redeemer character, they took it to another level.”

Rukus makes a book comparison. “These are like pages that turn in telling their stories. Sometimes they’re a completely fresh coat of paint, and sometimes it’s a continuation, like turning the page in the same story. With Paul Wight’s theme music, we wanted to do something that really connected his storied career. What better way to do that than to get the same guy who sang his WWE theme to sing his new one? So that worked out really well.”

Of course, there are times where an existing song perfectly represents a character, and in those cases, Rukus is often called on to assist Khan in selecting or procuring licensed music instead of creating something original. In other cases, it’s getting the license to use a song for a one-off situation, such as for a special video or a single show.

“It’s a very open collaborative process – usually, it’s a think tank between me, the talent, and Tony. But the buck stops with Tony. (When selecting licensed music) it’s a team effort, and I assist, whether it’s helping the legal team put together deal (terms) or helping to research the publisher and get in touch with them. I think it’s a good balance to have. A mix of original and licensed music helps bring a balance to create variety,” Rukus said.

They are always thinking bigger than the event. “When you go to a hockey game or a football game, there are certain songs that are played in the stadiums to get the people hyped. We incorporate that as well. I really try to give almost a party vibe to the show.”

But the power of music means that it can be both festive and deliver an important message, and that’s exactly what Rukus had in mind when he came up with the idea for the company’s first official CD release, Who We Are: A Celebration of Excellence.

The album, which will drop on February 18th – and is available for pre-order now – tells the stories of more than 20 of AEW’s Black wrestlers through hip-hop and R&B collaborations between the wrestlers and established music artists. Proceeds from the sales will be donated to the Bootsy Collins Foundation, the charity established by the funk legend. 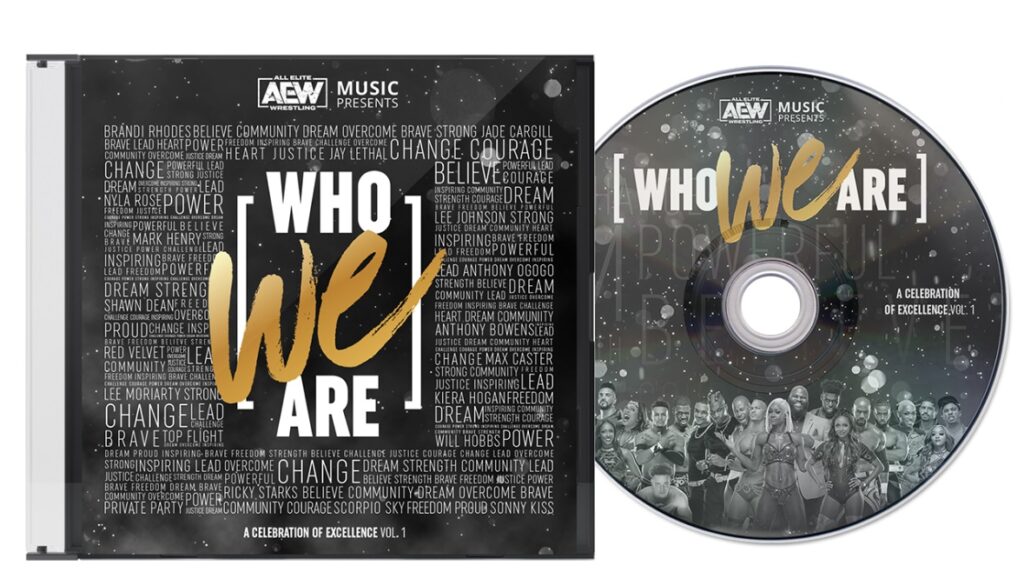 Rukus was (pardon the pun) instrumental in getting the album made, and is incredibly proud that he was able to use his position to showcase Black History Month.

“I was looking for different ways to be innovative, and wanted to give as much of an expansive experience and audio experience to the fans as possible. This wasn’t just about writing theme music and sending it up and then waiting for the next call about writing theme music. I wanted to do something that impacted culture and had a deeper meaning than just making music. I pitched the idea last November. And rather than me writing all the music, I assembled a team of producers and artists that are familiar to the wrestling music space. And we just went to work.”

In addition to known artists like Applejaxx and Mega Ran, the AEW stars also performed on the songs, the title of each reflecting that the song represents that talent’s personal story.

“We wanted to tell their personal stories,” he explained, “as much as they were comfortable sharing. Each song is like a 30 for 30 special wrapped up into song form for each of the talents.”

As for the wrestlers, having the opportunity to perform on the album was a new experience for some of them. But the importance of the project motivated them – with Rukus’ support – to go out there and put it on the line as much as they do in the ring.

“Some of them had been waiting to opportunity for something like this for a long time,” Rukus remarked. “So when they got the call, you know, they were ready to go.”

The album is titled as Volume 1, so it stands to reason that this will not be a one-time thing. Indeed, even beyond this possible series, Rukus says that he has a lot of other projects on the go with AEW, to supplement the existing offerings that are available on Spotify.

“I want to continue working, continue exploring. We have (a number of things available) like ‘God’s Favorite Champion’ EP, where we took Miro’s character and explored it over five different songs – different variations of his entrance them and then some other material that we put in.”

“Currently,” he shared, “I’m working on an AEW symphony album, where we’re doing symphonic arrangements of some of the more popular theme songs. We have some great surprises coming up in 2022,” he teased.

In addition to his AEW projects, Rukus is also continuing with his own recording projects, including an album he released in January 2021 called Bring the Rukus. But he is clear that his first priority will be AEW.

“That will always be my main focus,” he confirmed. “This is the place where creativity abounds. And it’s non-stop. It’s lightning speed, it’s ever, ever evolving. And that’s my kind of thing. I really want to do my best to continue creating new music that excites the fans and tells great stories.”