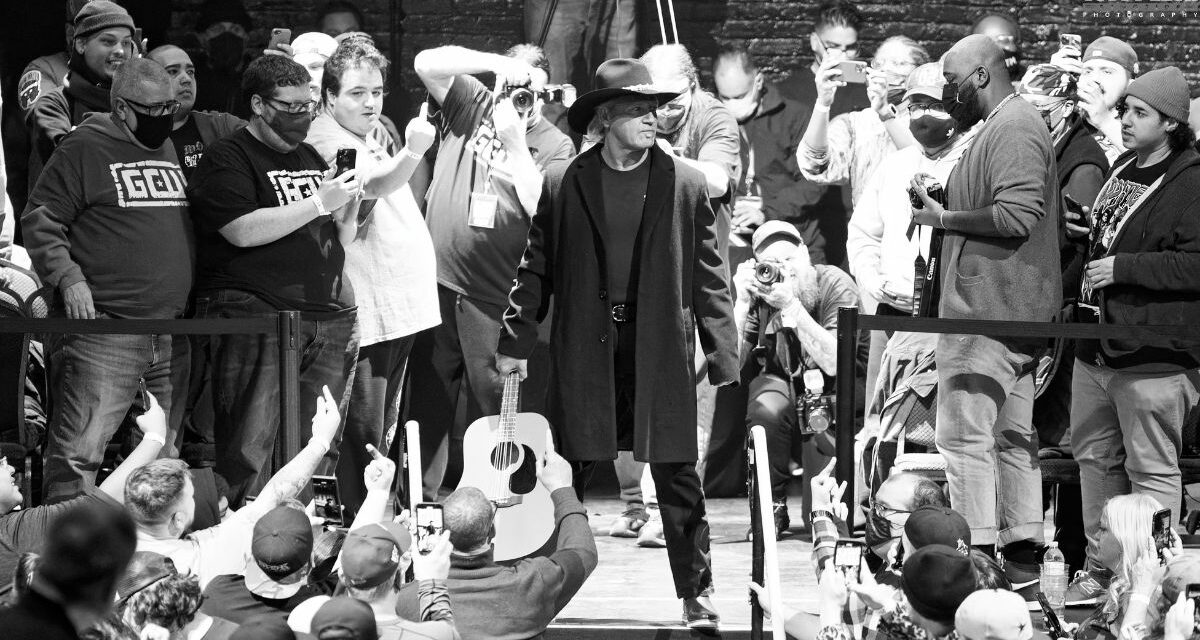 Ever since he left his producer’s role in WWE, Jeff Jarrett has been thinking about what’s next. There was his podcast, My World with Jeff Jarrett, and an investment in a minor league baseball team. But he always knew that the ring beckoned.

So there he was on Sunday, January 23, 2022, at the Hammerstein Ballroom in New York City, competing against Effy in a singles match at Game Changer Wrestling’s The Wrld On GCW show.

In the end, Jarrett won, using his guitar as a weapon, and finishing off Effy with the Stroke.

Driving to a meeting about his baseball team, Jarrett told SlamWrestling.net that getting back in the ring was “surreal, in so many ways.”

More than a few people asked him afterwards how his 54-year-old body was holding up.

“The last time I was the ring, it would have been three years,” Jarrett recalled. “I trained. I’ve always stayed in shape but I took it to another level, basically the last 90 days. But of course, first time in a ring, you’re going to be sore, but nothing that I hadn’t experienced before.”

The decision to actually get back in the ring had been percolating for some time.

“My World was launched and I began to get some calls,” he revealed. “2021 was obviously transitioning from full-time employee status in WWE to consultant to the podcast and everything that went with it.”

He began to mull, “What is the direction I’m going to take Jeff Jarrett’s in-ring career?”

Through his discussions with co-host Conrad Thompson on the podcast, Jarrett came to terms with the fact that he is among the few remaining who worked in the territorial system. “I was one of the last guys to really break in and work the territories full-time. I wasn’t the last one but I was certainly late ’80s, it was sort of in that generation,” he said. “With the evolution of the business, and obviously WWE and AEW and there’s so many other promotions, and New Japan and AAA and Progress in the UK, we live in such a much more connected world, what is my positioning? That’s sort of the stance, that I am ‘The Last Outlaw.'”

It’s partly about reminding people about history, and not just his own.

“You think about me and [Jerry] Lawler against the Moondogs, hardcore wrestling, the term wasn’t used, we were using trash cans and boards and fighting in concession stands and bleachers and backstage, and cameras following us — that was a done in Memphis for a long time,” Jarrett reminded. “A lot of today’s generation believe that ECW created hardcore, and that’s just not reality. With the intergender wrestling and everything that goes with sort of the modern day product, you look at 1999, the situation with me and Chyna. Just those types of elements, that’s sort of where The Last Outlaw is making his last stand.” 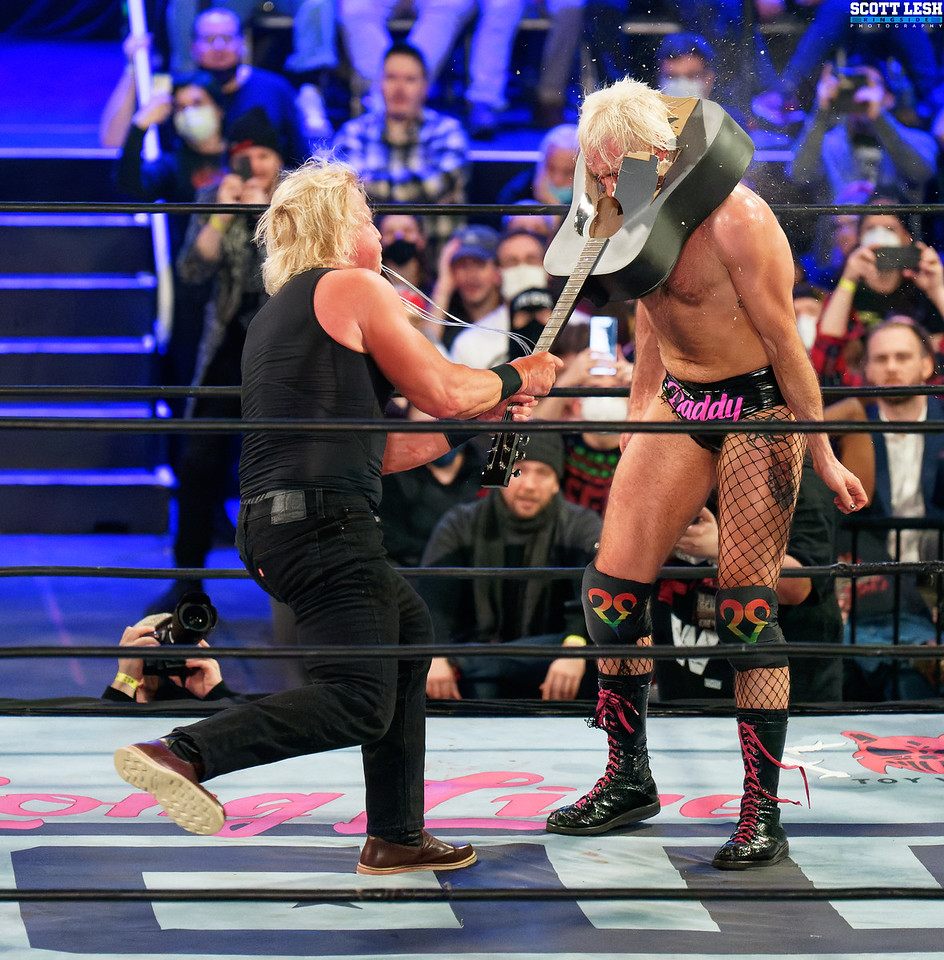 Jeff Jarrett clobbers Effy at The Wrld On GCW on January 23, 2022. Photo by Scott Lesh, ScottLesh.com

But The Last Outlaw knows he can’t ride forever, and understands that pro wrestling needs future stars. He believes Effy is one of them.

“This week if you listen on My World, I go into depth that in 2022 that I believe Effy is the most marketable talent that’s on the Game Changer Wrestling roster. And I think the audience proved that Sunday night,” he said.

It was a magic moment, said Jarrett. “A sold out Hammerstein Ballroom, New York City, especially in the environment, coming out of the pandemic, and everything that goes with it. The vibe at the very core of the Game Changer fanbase, it was electric. It was truly electric standing in the ring and listening to Elton John. ‘Goodbye Yellow Brick Road,’ Effy’s theme song.”

But we are also coming up to spring, when a not-so-young man’s fancy turns to baseball.

In December 2021, it was announced that Jarrett was a part of an ownership group, known as Golden Rule Entertainment, that bought the Springfield (Illinois) Sliders baseball team, that plays in the Prospect League. It’s a summer league, where college players get to showcase their skills.

Double J is excited about the possibilities, and understands the experience he brings in from the world of wrestling.

“They brought me on board because, in a lot of ways, it’s professional wrestling meets minor league baseball, all kinds of crazy promotions. We’re not governed by Major League Baseball and all the turnover and all that, so the gloves are off, and it’s gonna be a summer of fun,” he promised. “I’ve worked with minor league baseball teams for years. It’s always fascinated me how they have been marketable, but they have no control over the players on their team. It’s just kind of amazing how that ecosystem has worked all these years.”

Jarrett used an example: “In minor league baseball, they want them to come out to the baseball stadium, but, ‘Hey, we don’t even know who’s going to be there to play.’ When you drill it down on that level, conceptually, it’s a head scratcher. But I love it.”

The comparison is obvious.

“You know, I’m wrestling guy, so not only do we not control who we’re promoting but wins and losses, and all that kind of stuff that goes with it.”

TOP PHOTO: Jeff Jarrett heads to the ring at The Wrld On GCW on January 23, 2022. Photo by Scott Lesh, ScottLesh.com