Behind the Gimmick Table: ‘Hardcore Hick’ & ‘Queen of Horror’ team in school and life 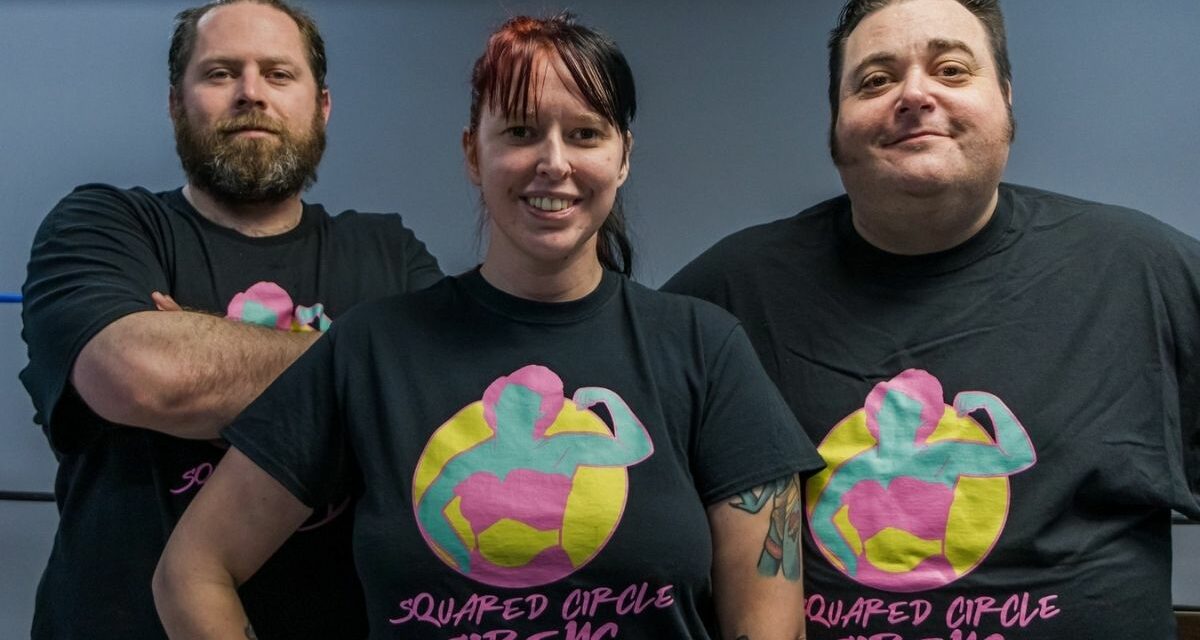 Emerging from their lockdown cocoon, pro wrestling couple Sabrina Kyle and Jeff Black broadened their wingspans in “the business.”

The recently-opened Off the Ropes Studio in Kitchener, Ontario, is the result of the pair’s cumulative experience of nearly three decades in the sport.

Kyle (real name Vanessa Douglas) shared her inspiration to start the school. “When I first started out there wasn’t a lot of guidance like, ‘This is how you would pick a gimmick,’” she began.

This realization was especially prevalent to Kyle during the #SpeakingOut movement in summer of 2020 where women in the pro wrestling industry shared experiences of abuse. That’s when the idea first began to sprout for her.

“I was really involved in it. I’ve been around wrestling for a long time and talking about stuff like that is very taboo in wrestling. You just deal with it and move on because sometimes it feels we female wrestlers aren’t as important,” Kyle said.

She feels lucky to have had mentors in her corner to prevent these types of encounters for the most part. “I had Reggie Marley and Eddie Osbourne to look out for me, so personally I didn’t have to deal with a lot of that but a lot of other people didn’t have that. They just pushed the girls out of the nest.” 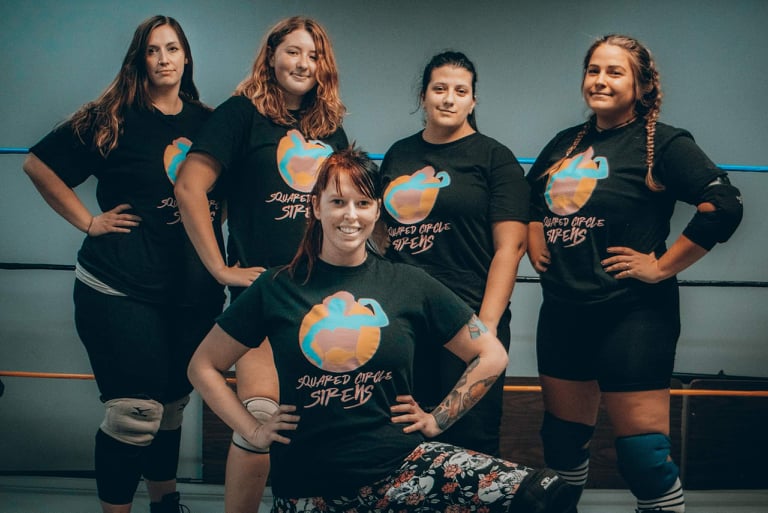 Sabrina Kyle front and center with some of her Squared Circle Sirens.

Hence, the studio’s Squared Circle Sirens Program — believed to be Canada’s first all-female pro wrestling program. The program provides a unique environment to develop for women “to their strengths” which she has found is lacking in most male-dominated wrestling training programs. But they are also encouraged to participate in the co-ed classes with Black.

With years on the wrestling circuit, Kyle and Black can compare their similar upbringings but widely different experiences. Each other’s strengths combine to a gestalt effect in an effective school. 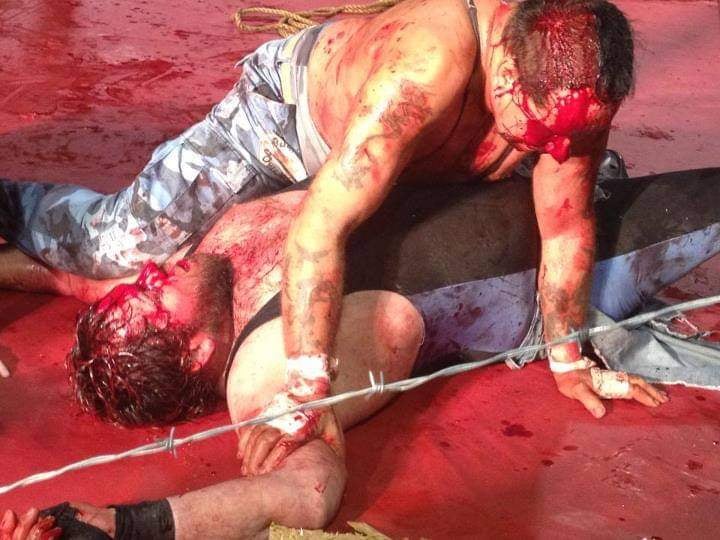 The pair both grew up in small-town Ontario, and found pro wrestling for the first time as grade schoolers due to the selection of an older sibling on the sole cable-less household TV. They each loved the larger-than-life character aspects of pro wrestling and the colorful superheroes of Batman (Kyle) and the Power Rangers (Black). And the similarities don’t end there.

But neither do the differences.

Kyle concentrated on getting in-ring experience after her 2006 debut, and “not even making money.” She did not have her own T-shirt available until 2019, after only really “gaining steam” the year prior. Now, with the influence of Black, she has a wide selection of horror inspired shirts, stickers and more.

Before learning the ropes, Black completed his Police Foundations program at Conestoga College. He learned about local independent wrestling, and soon began his training at Hart Brothers Wrestling School in Cambridge, Ontario. Upon completing his training in 2005, he immediately plunged into the deep, murky waters of event promotion and merchandising.

Black admits that he was not prepared for the task of running his own event so early in his career — especially since wrestling was still governed by the Ontario Athletic Commission. But a few of the key moves came naturally to him such as postering, flyering and merchandising. “I pissed so many people off putting flyers on their cars. I took so much abuse.” He also took abuse from more experienced wrestlers for the efforts so early in his career. “It was discouraged [for rookies]. ‘You’re new? Why would you have merch?’” 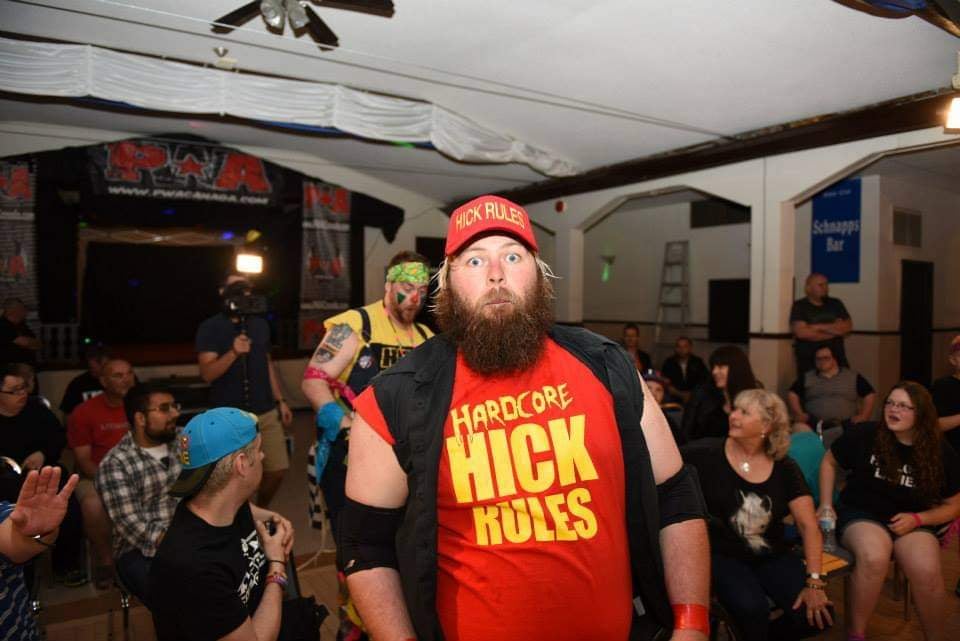 Through the years Black has continued to prioritize the show, business and merch first. This has led him to portray some diverse roles inside the ring as Chunk E. Fresh and The Hardcore Hick, and work backstage as a lighting and sound technician.

Kyle admits that it was only after getting together with Black in 2018 that she began to consider the gimmick table opportunities of pro wrestling. 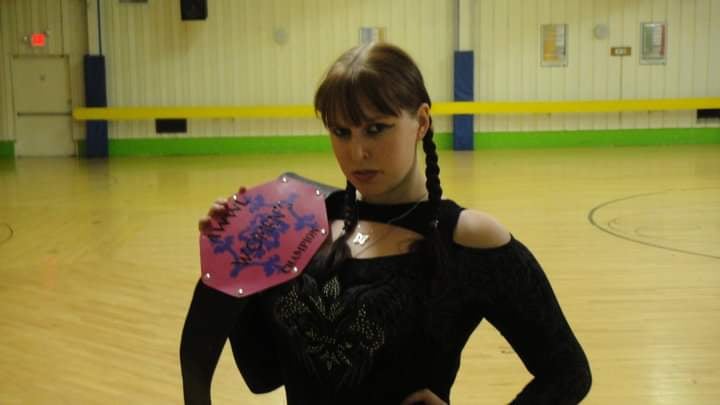 Sabrina Kyle in her early years.

She was not only short changing herself gimmick table-wise until then but gimmick-wise as well. “It was just like, the girls on TV are pretty and, even on the indies, that’s what was popular at that time, so I had blond hair and came out to pop music.”

It was happenstance during a photoshoot in 2013 that led Kyle to wearing skull makeup for a just a couple of shots. But those were the photos that resonated with fans and mentor Eddie Osbourne suggested she wrestle with the look. It led to her current “Queen of Horror” persona that plays upon her longtime interest in the gothic. 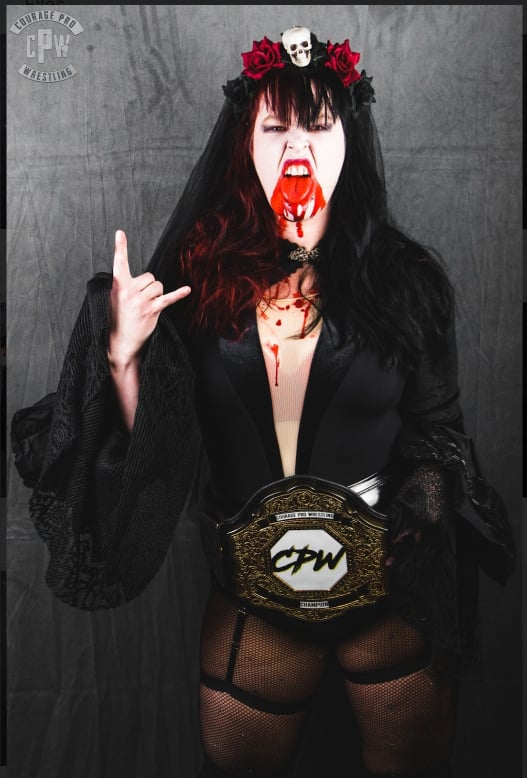 “The Queen of Horror” Sabrina Kyle.

Kyle is already offering her Squared Circle Sirens help in this area. A gear maker visits the school and they do promo picture photoshoots there as well. “One girl has her look down, she does a Viking thing, she’s a tall, bigger girl and very pretty,” said Kyle. “So I have a giant white Great Pyrenees and husky shepherd and we did a photo shoot with her and my dog in the snow.”

As for the school, which Kyle and Black operate with Lenny Lilac, right out of the gate, there merch for both Off the Ropes Studio and Squared Circle Sirens.