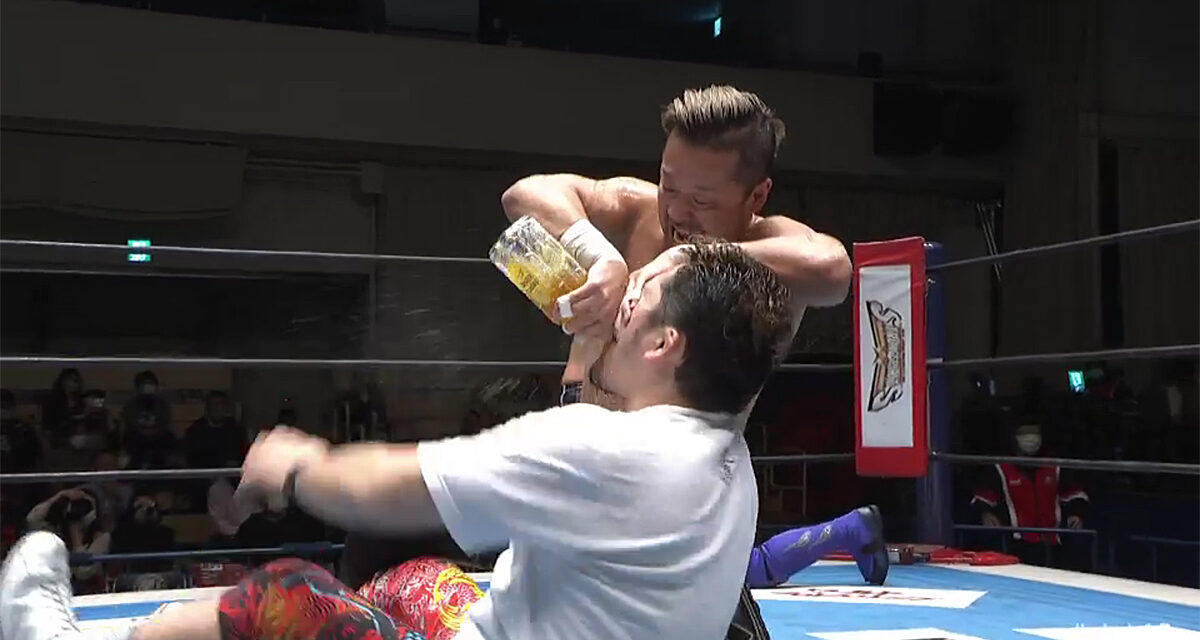 Tomorrow is the final KOPW match of the 2021 but Yoshinobu Kanemaru and Toru Yano continued to toast each other…but not the most polite of ways.

On the final night of the NJPW Road to Tokyo Dome tour on Friday Kanemaru and Yano will meet in a The End of the Year Party Rules match for the KOPW Championship. In the match, both wrestlers are required to take a drink at two minute intervals. After beverages have been downed both wrestlers will have to respond to the referee’s 20 count. Should a competitor fail to respond they will lose the match, in addition to victory earned via pinfall, submission, disqualification, etc.

Tonight, it was Yuji Nagata teaming withToru Yano against Minoru Suzuki and Yoshinobu Kanemaru. The faces were jumped at the entrance way. Before Yano could even get to the ring or take his robe off Kanemaru popped open his whiskey bottle pouring alcohol all over him. Kanemaru then whipped Yano into the ringside barricade. Kanemaru put the boots to Yano as Suzuki choked out Nagata on the floor.

In the ring, Yano ripped off a turnbuckle only to have his head smashed into the steel by Kanemaru over and over. Yano retrieved his own bottle of booze from under the ring, took a swig from it before pouring it down Kanemaru’s gullet. Kanemaru responded by spitting booze into Yano’s face and eyes. Kanemaru whacked Yano in the head with his whiskey bottle. With Yano on the mat, Kanemaru doused him with whiskey. The official called for the bell throwing the match out. Yano lay on the mat coughing and spitting while Kanemaru laid the boots to him, tipped the rest of the whiskey into his mouth. As he left the ring Yano was staggering to the back.

Wrestle Kingdom will take place on January 4 and 5, 2022, at the Tokyo Dome, in Tokyo and January 8, at Yokohama Arena in Yokohama, Japan.

Wato scores the win for his team via Boston Crab submission.

Taka is victorious via submission. 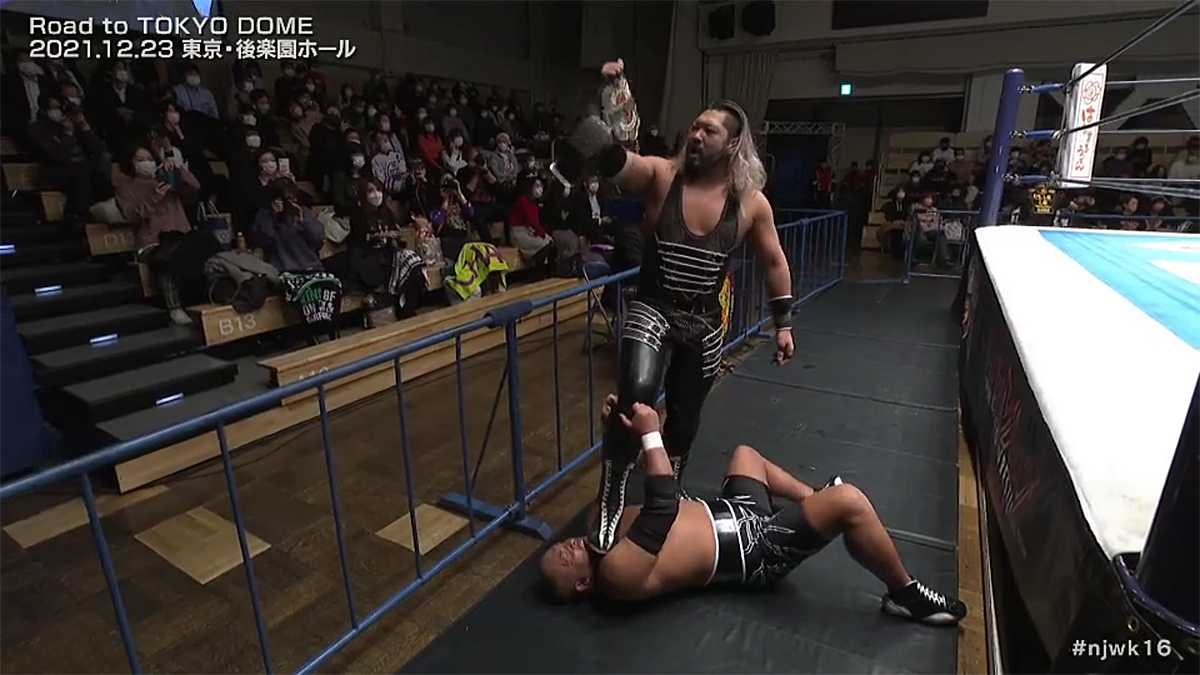 Evil hits Tenzan in the face with Ishii’s NEVER Openweight Championship knocking him out. Togo gets the easy three count. Evil poses over Ishii with the NEVER Openweight Championship. Evil rolls Ishii into the ring so that Sho can nail him with his wrench. Yoh makes the save super kicking Evil and Sho in the face. Ishii clotheslines Evil and stomps on his face with his boot as he yells at him. It is interesting that as the House of Torture heads to the back they do so using Bullet Club’s theme.

Once again, Owens pins Honma with the Package Piledriver. On the floor, Kenta beats Tanahashi with a steel chair and leaves him laying. As a Young Lion assists The Ace to the back, Kenta comes running out hitting The Ace in the face with the IWGP United States Heavyweight Championship.

Takagi pins Henare with A Pumping Bomber and Made in Japan.