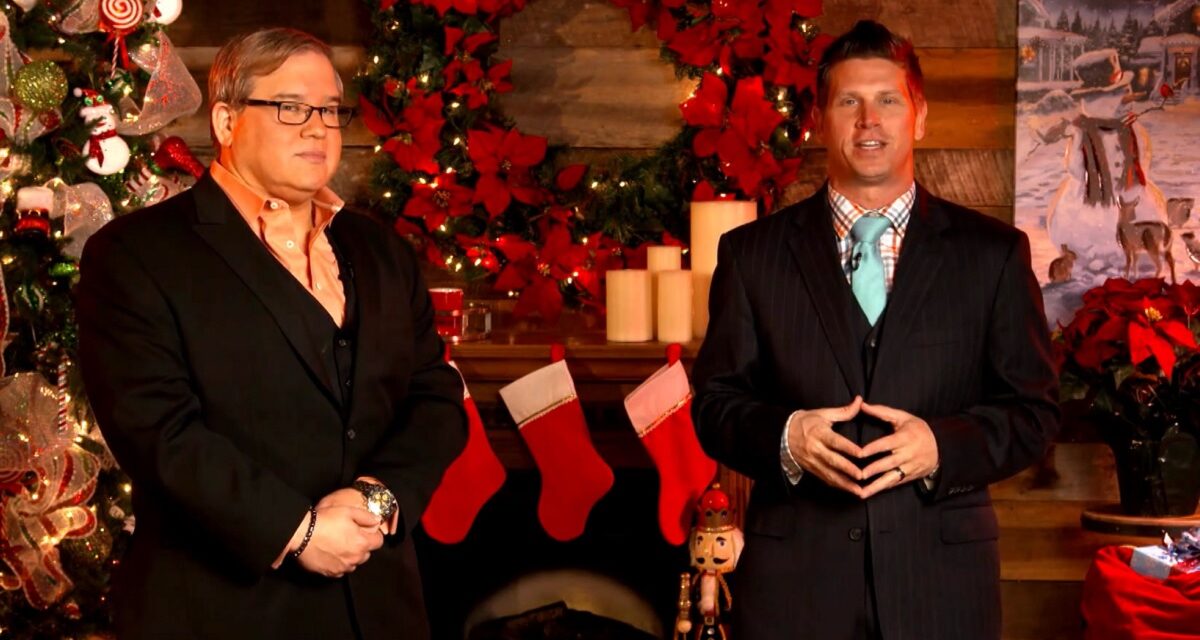 Over the past year, Impact Wrestling had a year full of twists and turns. From championships being held by wrestlers from other companies, to numerous debuts of new stars, to memorable returns of TNA/Impact legends, to the evolution of Josh Alexander – who, on his way to becoming world champion put on a Match of the Year contender – the company that doesn’t always get its fair due put on a lot of great shows during the year. All of which will be celebrated in two Best Of shows, the first of which aired on Thursday night.

The first highlight was from Hard to Kill, when Moose, Rich Swann, and Chris Sabin took on Kenny Omega and the Good Brothers.

Chris Sabin gave some advice to Jordynne Grace on how to win Ultimate X, as she will be competing in the first ever Knockouts Ultimate X match at Hard to Kill (January 8th). He told her that upper body strength was key. So she did pull-ups for an hour until he was convinced she was ready.

Jordynne Grace knew just who to go to for Ultimate X advice to prepare for the first ever Knockouts Ultimate X match at #HardToKill! Who better than former X Division champion @SuperChrisSabin?!
!? #IMPACTonAXSTV pic.twitter.com/M4OPuvHig6

They ran a video package of all the people who debuted or returned to the company during the year.

Next up was a Tag Team Championship match from Rebellion pitting FinJuice vs. the Good Brothers. After that clip, D’Amore and Matthews talked up the working relationship between Impact and New Japan Pro Wrestling.

Tag Team of the Year Award

They revealed the winners of the fan-voted award for Tag Team of the Year: The Good Brothers.

The Good Brothers did a video promo touting their successes, and said 2022 would be no different.

They showed the match from Rebellion where AEW Champion Kenny Omega beat Impact World Champion Rich Swann in a title vs. title match.

After that clip, D’Amore and Matthews ran down the subsequent title changes that saw Omega lose the title to Christian Cage, who later lost it to Josh Alexander, who lost it within minutes to Moose after Moose cashed in his Call Your Shot opportunity.

In the back, Deonna Purrazzo and Mathew Rehwoldt were griping about D’Amore and Gail Kim making her title match against Knockouts Champion Mickie James a Texas Death Match. But Purrazzo then reminded everyone that when she won the title originally, it was in a No-DQ contest. She said that she can adapt to any situation, but questioned whether Mickie could do the same.

“When I get my hands on you at #HardToKill its going to make ending your reign that much sweeter!” @DeonnaPurrazzo @DramaKingMatt #IMPACTonAXSTV pic.twitter.com/Q3Jj0ReVYB

D’Amore and Mathews talked about Purrazzo’s walking through the Forbidden Door to challenge ROH Women’s Champion Rok-C at that company’s Final Battle show.

Knockouts Match of the Year Award

D’Amore and Mathews announced the winner of the Knockouts Match of the Year: Deonna Purrazzo vs. Mickie James at Bound For Glory.

They showed tape from earlier, when Trey Miguel tried to get into D’Amore’s office to talk to him about something. Gail Kim intercepted Trey and asked him what he wanted. Trey said he wanted a one-on-on match against Steve Maclin, and Gail used her power as the newest member of management to book it. Trey will now defend his X-Division Championship against Maclin at Hard to Kill.

A hype video aired for Masha Slamovich who is coming to Impact soon.

They showed last week’s contract signing for the main event at Hard to Kill where W. Morrissey and Matt Cardona will be in a Triple Threat match with World Champion Moose. This was a good segment, though some people were apparently not thrilled with Chelsea Green taking a chair shot to the head. A video package aired for Matt Cardona afterwards.

The next highlight was the Triple Threat X-Division Championship match at Rebellion where Ace Austin defened against Josh Alexander and TJP. Alexander’s win was the start of the biggest year of his life.

The Good Brothers and Violent By Design combined forces for a promo, as they will be teaming up for Hardcore War at Hard to Kill.

Mathews and D’Amore ran down the great year Jordynne Grace had, and they showed the match from Bound For Glory where she won a multi-person match to become the first Digital Media Champion.

Knockout of the Year

They announced that the fans voted Deonna Purrazzo as the Knockout of the Year– for the second year in a row. She cut a promo basically saying that it was a given she would win, given the year she had.

They showed the Bound For Glory match where Josh Alexander beat Christian Cage for the World Championship, and the aftermath where Moose beat him for the title.

The show ended with the image of Moose holding the title in celebration.