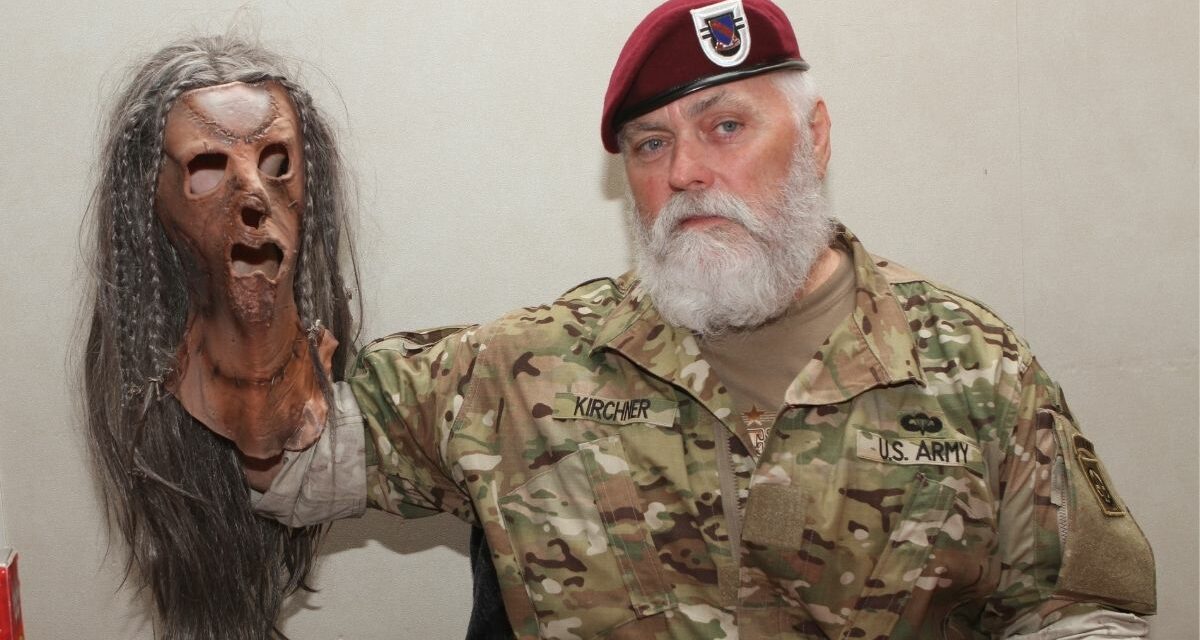 Former WWE star Corporal Kirchner, who also achieved fame in Japan as Leatherface, has died of an apparent heart attack. He was 64.

He passed away on December 22, 2021, at his home in Siler City, North Carolina. His real name was Michael James Penzel.

Much of his story has been told before — including his death.

In 2006, WWE posted on its website that Kirchner had died. The name listed in the obituary (Thomas Spear) was not Penzel, and this author set out to find out what happened, and found Penzel’s mother, Genevieve “Jean” O’Callaghan, and that led to Penzel himself.

The two stories — Cpl. Kirchner speaks: ‘I’m not dead!’ and Cpl. Kirchner sets things straight — revealed to the world that Penzel was still alive. He had been driving a truck and out of the wrestling loop. The news immediately brought about numerous bookings for him at wrestling fan fests and conventions.

WWE never retracted the erroneous report, just quietly removed it from its website.

In 2011, WWE.com did interview Corporal Kirchner about his time in wrestling (and again, never acknowledged the mistake). 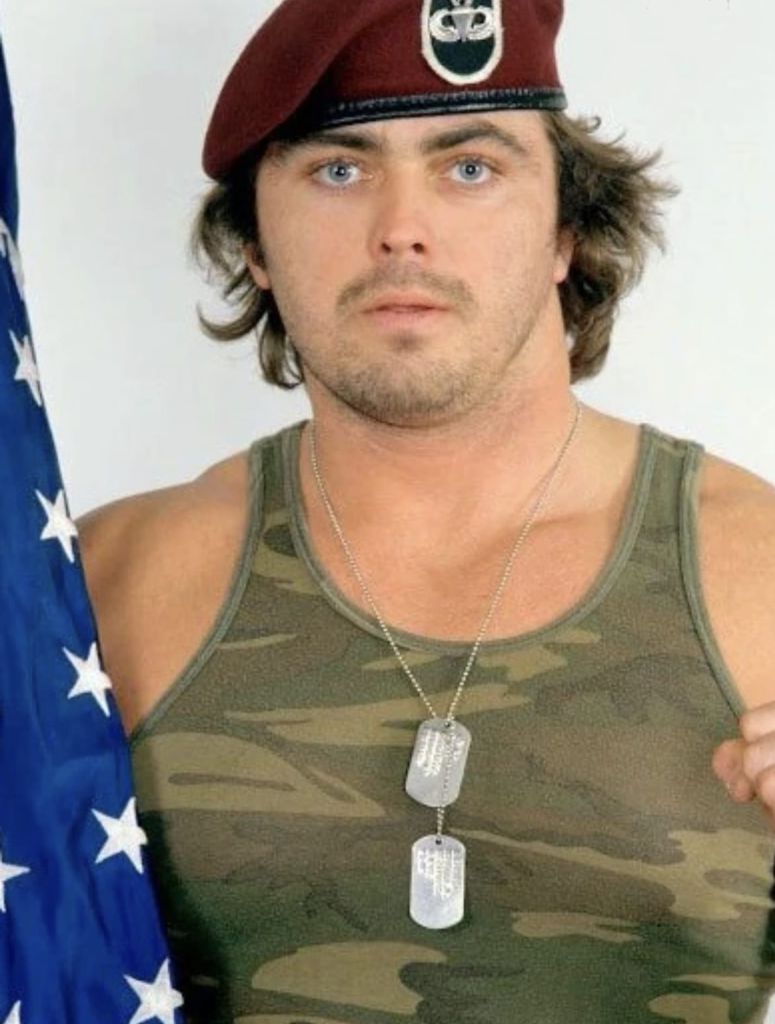 Cpt. Kirchner at the height of his WWF fame.

Born on September 7, 1957, Penzel grew up tough in Chicago, but grew up in Florida, and joined the military at age 17, and became a paratrooper with the 82nd Airborne Division out of Fort Bragg, North Carolina. Though he never faced combat, he learned the discipline that would carry throughout the rest of his life.

A chance meeting with Hulk Hogan helped get Penzel into Verne Gagne’s training camp, and his first territory came down in Florida.

“He worked for us as RT Reynolds in Nassau ’84,” noted Howard Baum, whose father promoted out of the Florida territory, especially many of the Caribbean islands. “Had a very badass look at the time.”

In early 1985, Sgt. Slaughter left WWF and Penzel was brought in as a patriotic hero to replace Sarge. Immediately, the renamed Cpl. Kirchner fought evil foreigners such as the Iron Sheik and Nikolai Volkoff.

His peak was probably the WrestleMania II Flag Match against Volkoff.

In 1987, Penzel left the WWF — he was going through a divorce among other reasons.

He resurfaced in Stampede Wrestling. In his memoir, Straight From the Hart, booker Bruce Hart wrote that Kirchner “was a kind of cross between Sgt. Slaughter and John Cena; he wasn’t a great worker but he had a  ton of fire.” In 1988, Penzel “got into a bar-room brawl, was arrested and charged with aggravated assault. After posting bail, he skipped out of the territory and wasn’t heard from again.”

In his interview with SlamWrestling.net, Penzel did not shy away from his issues, including drugs.

Heading to Japan for 10 years was a way to avoid some of the notoriety he’d established in North America. His character Leatherface / Super Leather, was based upon the killer in The Texas Chainsaw Massacre.

No public services are scheduled at this time.

TOP PHOTO: Mike Penzel with his two most famous gimmicks at a fan fest in 2019. Photo by George Tahinos, georgetahinos.smugmug.com