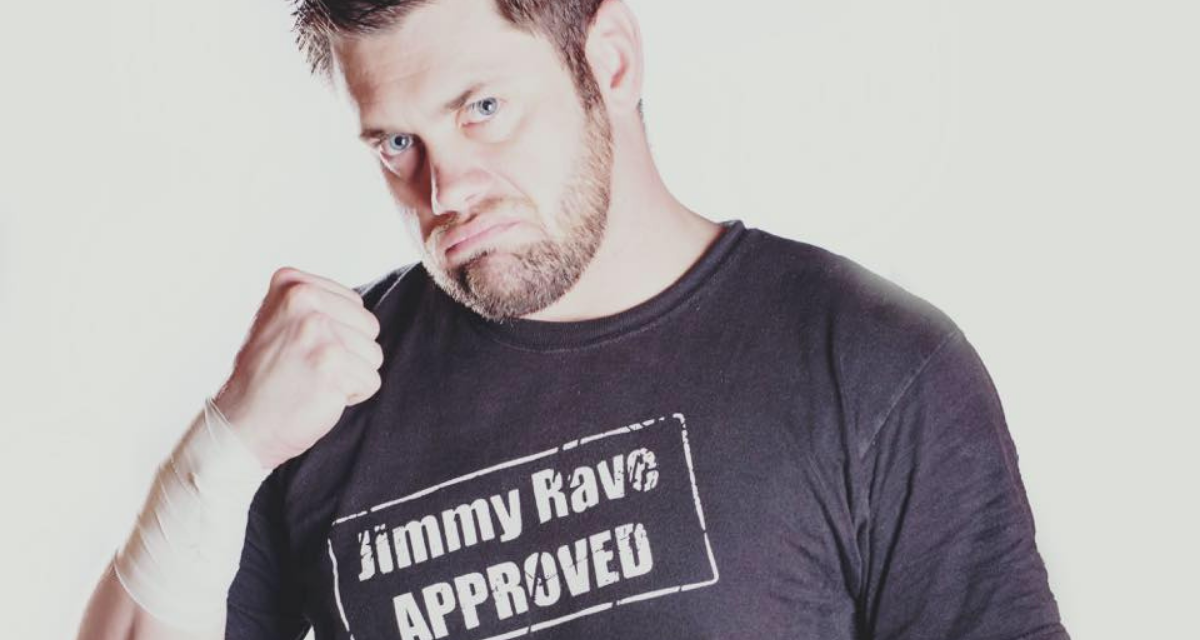 James Michael Guffey, who wrestled as Jimmy Rave, has died. He was 39.

The last few years had been difficult for Rave, who had an arm amputated, followed by both of his legs, and that was after years of struggling with drug addiction.

However, for a time, he used his own troubled history to help others, as Director of the Bartow County, Georgia Peer Support, Wellness and Respite Center, Cartersville, Georgia, supporting people with mental health and/or substance abuse issues.

“Through dealing with my own struggles I stumbled upon this thing called Certified Peer Specialist. Then applied for a job with no expectations and luckily received the director’s position. I’ve been very lucky in both pro wrestling and this line of work,” Rave said in 2012 with journalist Daniel Johnson.

Asked about how he ended up doing that work, Rave replied: “The main thing that lead me to this… my challenges, which I thought I’d have to keep quiet and would hinder me for life. Now, they’re what I get paid for and are tools to support people in moving forward with their own lives.”

In many of his interviews through the years, Rave was honest about addiction. In 2011, he talked about his time in Ring of Honor, in 2009. “My 2009 run, I was a complete drug addict to be honest. I didn’t give a damn about wrestling because I just cared about scoring more pills and numbing myself. Which people probably could notice about what kind of shape I was in and how I looked and even my wrestling.” When he was sent home, Rave entered rehab and ended up at the Wellness and Respite Center, helping others.

Born December 8, 1982, Guffey broke into pro wrestling in 1999, around his native Atlanta, after training with Murder One. He worked under a mask as Mr. XTC before settling on the name Jimmy Rave.

On that Georgia scene was a young up and comer named Alan Jones, later known as AJ Styles. Together, they took a chance and drove up for a Ring of Honor show in December 2002, a 15-hour drive. Rave and Styles had a pre-show match on Night of the Butcher. “The rest is history. I thought it was a risk going up there.” Rave told Alan Wojcik in 2009. “All I knew was being a southern babyface. Well, Philly doesn’t like us all that much. Luckily, I stuck around CZW and ROH for awhile.”

Rave also worked in Japan for New Japan Pro Wrestling — where he was in the 2008 Best of the Super Juniors tournament — and Dragon Gate. “Japan was always one of my main focuses. Wrestling there was a whole new level of professionalism and hard work,” Rave said. “They don’t have a cruise control, it’s go go go. I loved it and it motivated me so much. They were two of the best companies I’ve ever worked for and treated me with a great deal of respect.” He also worked in the United Kingdom.

However, Rave is most associated with ROH, and challenged for the promotion’s World title, held by Bryan Danielson and then Nigel McGuinness, but never won it.

He credited his feud with CM Punk with making a difference. “This feud and match MADE me in ROH as a top guy. Punk and I had been having great stuff for months and to blow it off in Chicago in a steel cage was insane,” he said of the ROH Nowhere to Run 2005 bout. “The finish of this match was absolutely terrifying but I’m glad we did it. I learned a ton working with Punker and he’s been a huge support for me in my career.”

In ROH, he became a member of The Embassy, a stable led by Prince Nana, and was nicknamed “The Crown Jewel of the Embassy.” In a social media post after Rave’s death, Prince Nana said, “You might be gone… But you will never ever be forgotten my friend.. Love you and Rest In Peace.. This one hurt Bad. Rest In Peace James Jimmy Rave.”

A natural heel, Rave drew the ire of fans. Instead of throwing streamers to celebrate the wrestlers in the ring, fans used to throw toilet paper. Current Impact star Josh Alexander was one of them. “I was lucky enough to throw a roll of TP at Jimmy Rave once,” he posted to Twitter, noting that his wife, former ROH valet Jade Chung, knew Rave better than he ever did. “My wife has spoken so fondly of him over the yrs that I can’t help but be thankful that she had him around to help & protect her back in the day.” 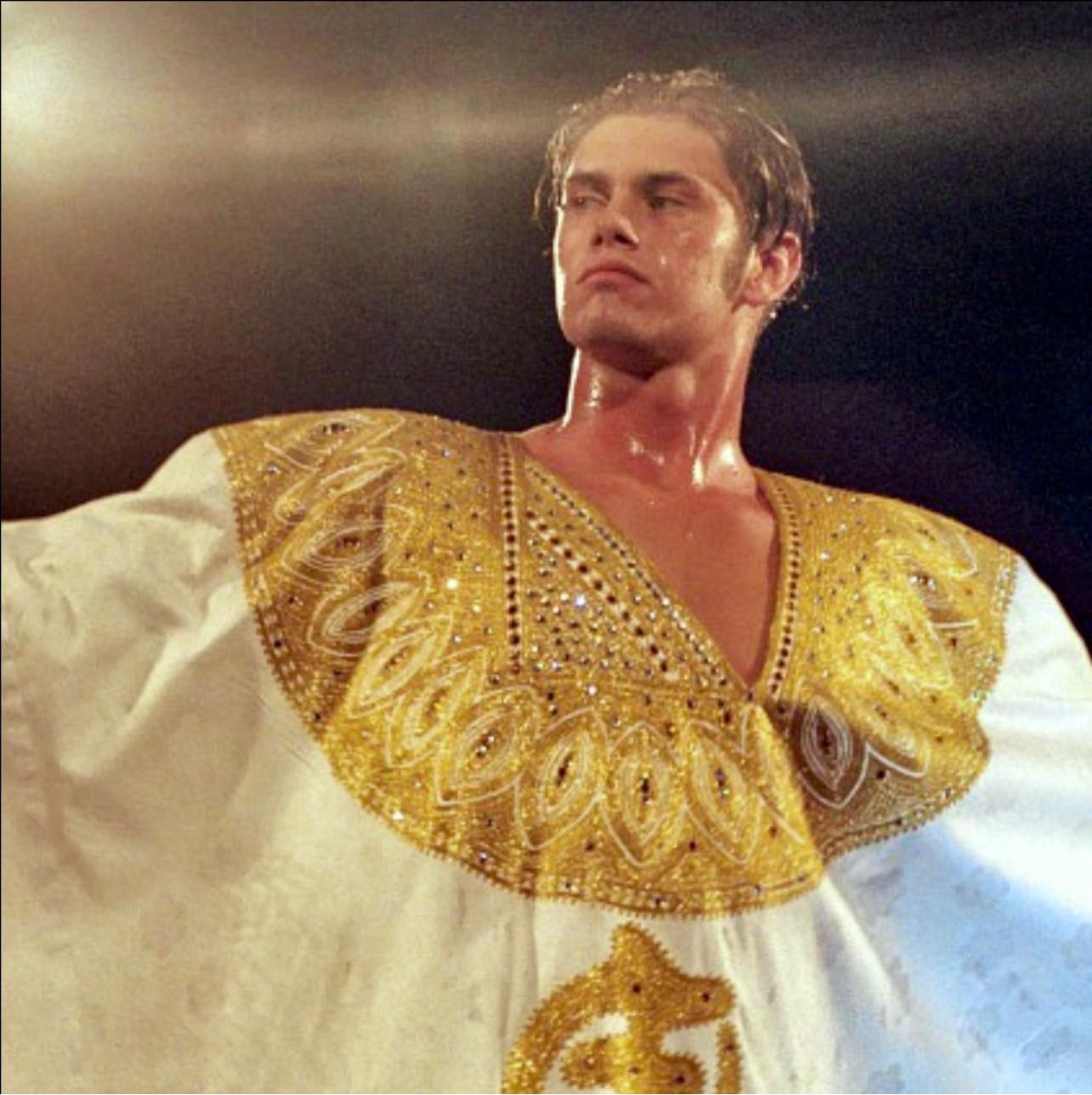 For all the time Rave spent in ROH, he was never a champion, though did win the Ring of Honor Trios Tournament in 2006 with Alex Shelley and Abyss.

In August 2007, Rave signed with Impact Wrestling / TNA. His biggest profile time there was as half of The Rock ‘n Rave Infection with Lance Rock aka Lance Hoyt / Lance Archer and manager Christy Hemme. “I had a great time working there. We were on a lot of the house shows and those matches were awesome. Especially working with the Machine Guns, Jay Lethal, Sonjay Dutt, Abyss and so many others. That is really where I had a great time. I let myself get out of shape and made a ton of excuses for myself,” he once said. In February 2009, Rave was gone from TNA and battling his demons.

From then on, his appearances in promotions were generally shorter, including returns to TNA in 2011 and 2013, and ROH in 2009. Rave was both a trainer and a performer for TNA’s India project, Ring Ka King.

CZW was another long-time home for Rave, and until early 2020, he was helping training CZW wrestlers.

Rampage Pro Wrestling was his home promotion for many years, where he acted as booker and mentored young wrestlers. In a 2012 interview, he talked about Georgia’s Kyle Matthews with SlamWrestling.net. “Jimmy Rave has helped me out a ton, because he knows lots of guys up north from his time in Ring of Honor. So he’s helped me out a lot in getting bookings,” said Matthews then. After learning of Rave’s death, Matthews posted, “We are all greater because of the knowledge you passed on.” In Rampage, he had a stable of “Jimmy Rave Approved” wrestlers.

Rave had been in and out of wrestling, but in November 2020, it came to a crashing halt, as he had to have an arm amputated. “I have been very blessed for the last 21 years in professional wrestling and getting to live out my dream. Today, that dream has ended for me and I have a new reality. This past Tuesday my world came crashing down when Doctors found an infection in my left arm. I tried toughing it out but by the time I saw a doctor it was too late and they had to amputate my left arm above the elbow. This effectively ending my in ring career,” he wrote.
Less than a year later, in October 2021, Methicillin-resistant Staphylococcus aureus (MRSA) resulted in the amputation of both of his legs. He took to social media to raise funds to cover some of his medical costs. Highspots.com and Mick Foley teamed for a signing where the money when directly to Rave.

“I was just a kid with a dream and continued to learn and grow and 14 years later I am doing the very same thing in every aspect of my life,” Rave told Johnson. “Pro wrestling gave me a family that I really didn’t have and an opportunity to see the world. I am very thankful for that.”

Guffey, who died on December 12, 2021, is survived by his ex-wife Felicia, daughter Kailah, son James II, his parents Jim andToni Guffey, and sister Shelby. At the time of his death, he was living in the Philadelphia area with Gabby Gilbert.

Jimmy Rave in TNA for the long haul