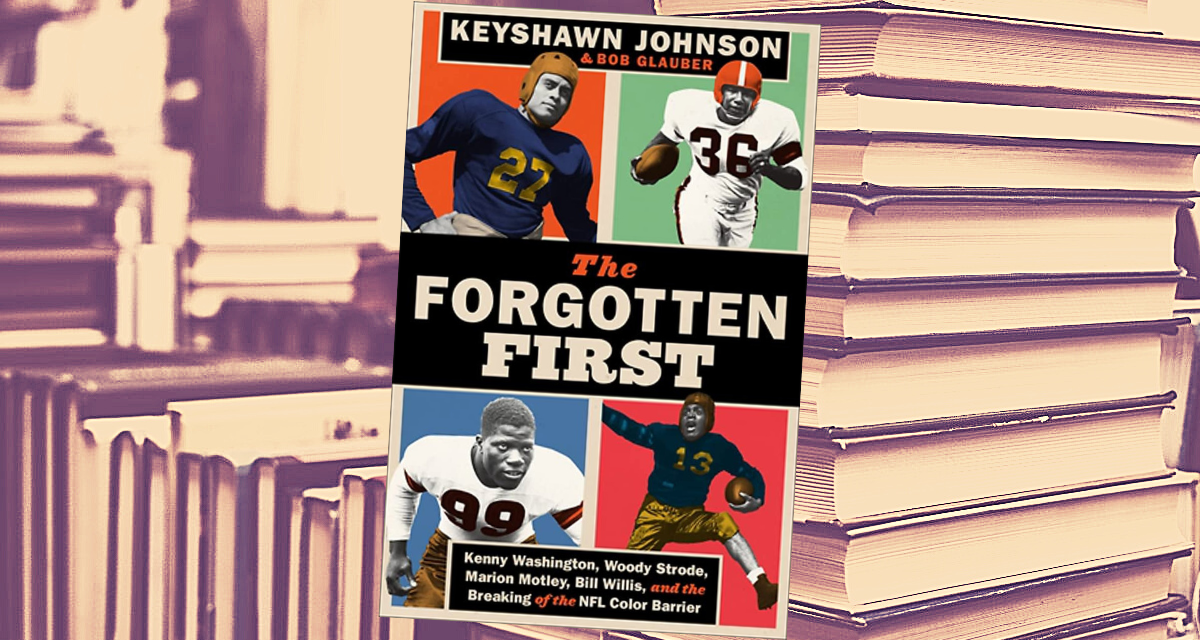 Sometimes you get a book and you just know that it is capital “I” Important. That’s the case with The Forgotten First: Kenny Washington, Woody Strode, Marion Motley, Bill Willis, and the Breaking of the NFL Color Barrier.

Why is a football book being reviewed here at SlamWrestling.net?

Because of Woody Strode.

For those who are unfamiliar with Strode, The Forgotten First is a great starting point.

Strode and Kenny Washington grew up in southern California, and ended up playing football at UCLA. In their second season, they were joined by a name you should know — Jackie Robinson, who would break baseball’s modern color barrier, after the “Forgotten First” did it in pro football.

The word “modern” is important here, in both football and baseball, because there had been African-Americans playing pro in the early years. When Strode, Washington, Motley and Willis played in the 1946 season, they were the first African-Americans since 1933. It was all about racism, through unwritten rules. Owners, like George Preston Marshall of the Washington football team, were openly against black football players, so the story of those men are detailed in this book too.

Strode and Washington were prevented from playing pro after graduating from UCLA in 1939, but then World War II came along and shook up everything. But consider Washington’s starts as a senior — he played 580 of the Bruins’ 600 minutes, meaning he played on both offence and defense, and he had 1,370 total yards of offence.

The years slowed him down, and numerous knee issues, robbing Washington of what could have been a stellar pro career. Instead, Washington had a couple of years with the Los Angeles Rams, alongside his best friend, Strode.

Strode didn’t play as much with the Rams — it’s alleged that the management didn’t approve of his marriage to a Hawaiian lighter-skinned woman. Instead, he was invited by an old friend to play in the CFL, where racism wasn’t an issue, and Strode was a star for the Calgary Stampeders for a couple of seasons

But back to Strode, since it’s his wrestling story that brought me to the book. Let’s say, it’s covered, but not in depth; nor should it really have been a lot more than it was, since wrestling was a nice side hustle for Strode while he pursued acting, breaking barriers there too.

By underplaying Strode’s wrestling, though, authors Keyshawn Johnson (yes, that Keyshawn Johnson!) and Bob Glauber actually devalue him, as he was highly respected. Though it isn’t mentioned, Strode was the very first to receive the Cauliflower Alley Club’s Iron Mike Mazurki Award, which has grown to become the top award in the professional wrestling industry. That was in 1992.

The Forgotten First: Kenny Washington, Woody Strode, Marion Motley, Bill Willis, and the Breaking of the NFL Color Barrier fills an important blank in football history, detailing the four men who helped move the NFL forward. It’s well researched, with lots of interviews with family members as well as archival words from all four pioneers. For those who want more Woody Strode and his wrestling, track down his autobiography, Goal Dust.