NWA POWERRR: A POWERRR-Surge of action 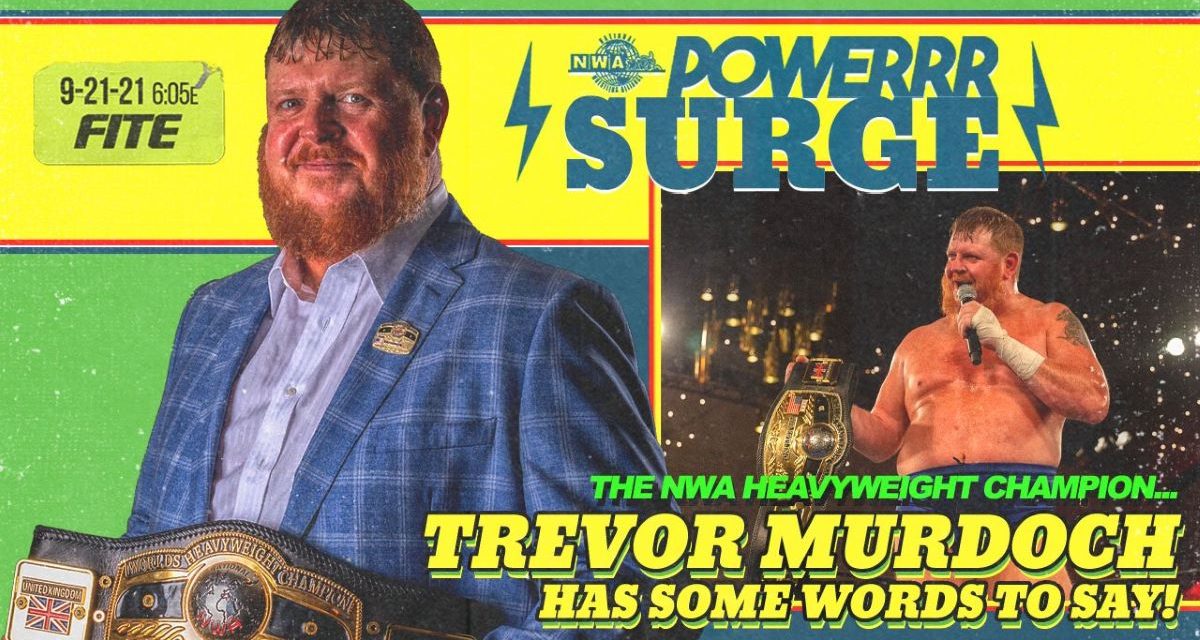 Returning back from Gold Coast Hotel & Casino to the comfort of my Lucha-cave to step back Into The Fire for another NWA POWERRR episode.  Thanks again to “Bloodthirsty” Bob for covering for me last week, as it was a busy couple of night at the Cauliflower Alley Club, but let get to the action.

From the Khorassan Ballroom at the Chase Park Plaza in St. Louis, MO.  Your commentators Joe Galli, Tim Storm, and Velvet Sky have the call, and the house is…uhhh, packed?  I hear voices, so unless the delta variant of COVID has people social distancing more than usual, or they turned invisible, let’s jump to the First Match… 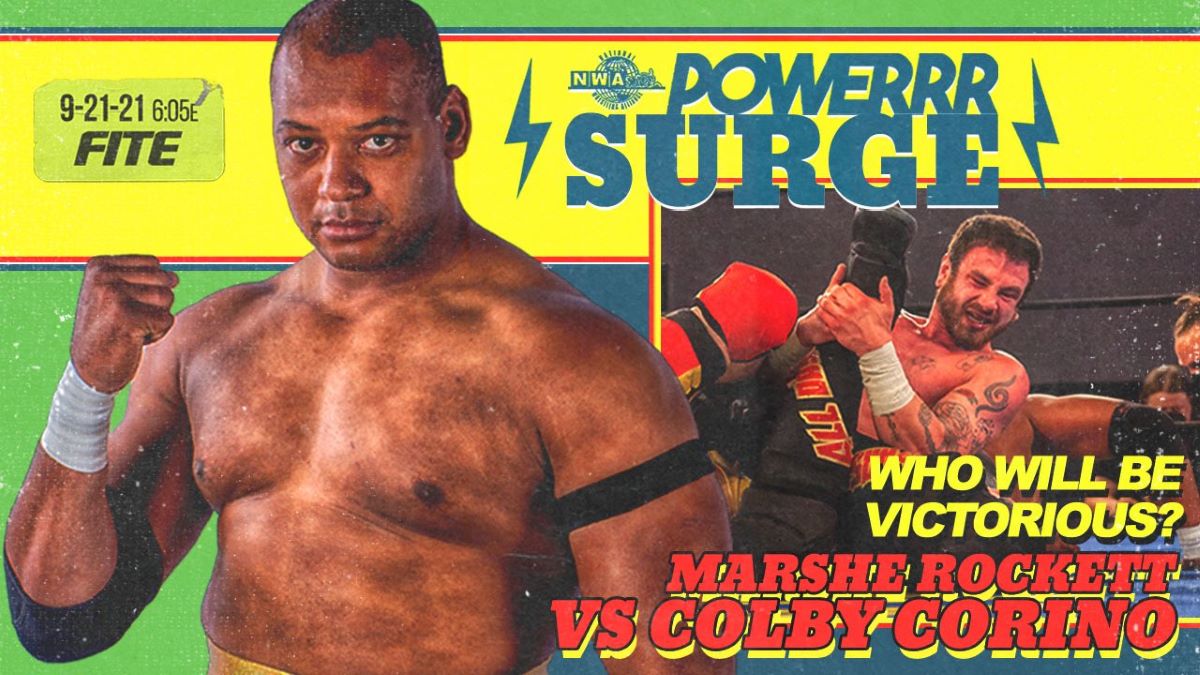 This match is a classic case of size and power (Rockett) versus speed and “technology” according to Storm.  Hey, he’s not wrong.  Professional wrestling is a sweet science, as I’ve always maintained.  Now if only I could get my old science teacher, Sister Donna, to buy that instead of kicking me in the shins…

Huh?  Oh, Right.  The match.  The mezcal is making me more nostalgic than usual.  Better switch to straight bourbon from now on.

Rockett is just taking Corino to school, but along the way, Rockett gets his right leg injured, and Corino, smelling blood in the water, summons the Douche Side of the Force and chop blocks Rockett, and gets a unique grapevine submission to further weaken Rockett’s leg.  Corino goes up top for a bodypress, but gets caught by Rockett.  The added weight causes Rockett’s leg to give way, and Corino covers for a two count. Rockett goes for a leg lariat, and pulls up lame again. Corino gets a roll up with a huge handful of tights, and gets the win.

Now, on to something different… 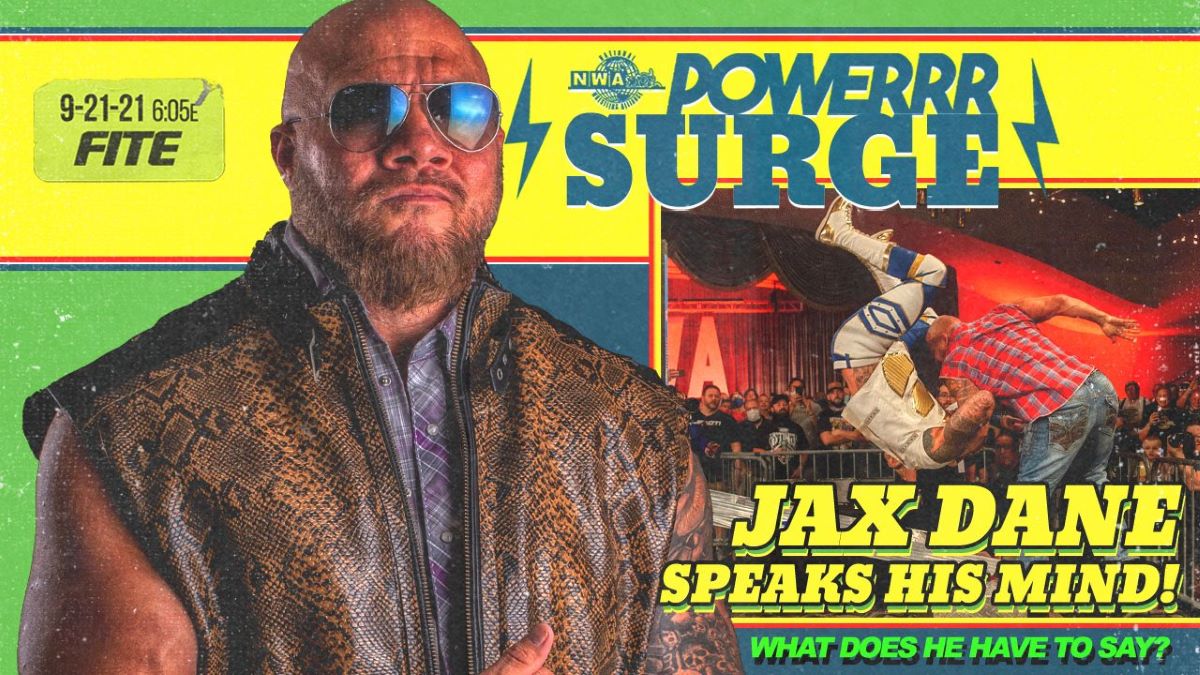 We go to (ehh, let’s be fair and call this a Zoom meeting) interview with Gary Horne (who typically does the post-show recap on the NWA YouTube channel with co-hosts Dr. Robert Stinson and Wil Martin), who is with Jax Dane. Dane again lists his accolades, and tells Horne not to label him as just a “multi-champion.” He also talks about the fallout of the slap fight from last week with Crimson, and says that the War Kings, in so many words, are done. Dane states his only rule in tag action is “never leave your wingman” and Crimson left a couple of times. Doesn’t blame Crimson, but…ya know he kinda does. Dane also discusses with Horne about going eye to eye with the current NWA Heavyweight champ, Trevor Murdoch, and justifies his actions on laying his hands on him during the slap fight, saying he shoulda just officiated instead of getting in his grill, and says that Murdoch’s call for the biggest baddest men will be gunning for his belt was an indirect challenge to Dane, as he interprets it.  As for Crimson, they’re going to settle their feud in a steel cage at By Any Means Necessary at the Valor Event Hall center in Oak Grove, KY.  Well, sign me up folks!

We then go to Joe Galli on another Zoom call with the NWA Women’s champion, Kamille , and she’s is SO happy to be there (*cue eye roll*). She’s upset by Galli’s questions that she “blindsided” Melina, let alone the term “blindside.”

“Why are people using the word blindside?”

Kamille lays it all out regarding last week’s attack on @RealMelina and the “threat” she poses to the Burke!

She doesn’t feel like Melina’s entitled to a shot at The Burke, and that she was defending herself from Melina accusations when she blindsi….errr, used her fists to punctuate her point on Melina’s head that nobody disrespects the champ. Galli asks if Kamille sees Melina as a threat.  She laughs it off and tells Melina to bring it.

Strong words from the champ, and it sizzles a little.  Let’s see if they can bring some steak with some bourbon glaze.  Mmmmm….Bourbon Glaze!

Before I channel my inner Homer Simpson, let’s go to the next match… 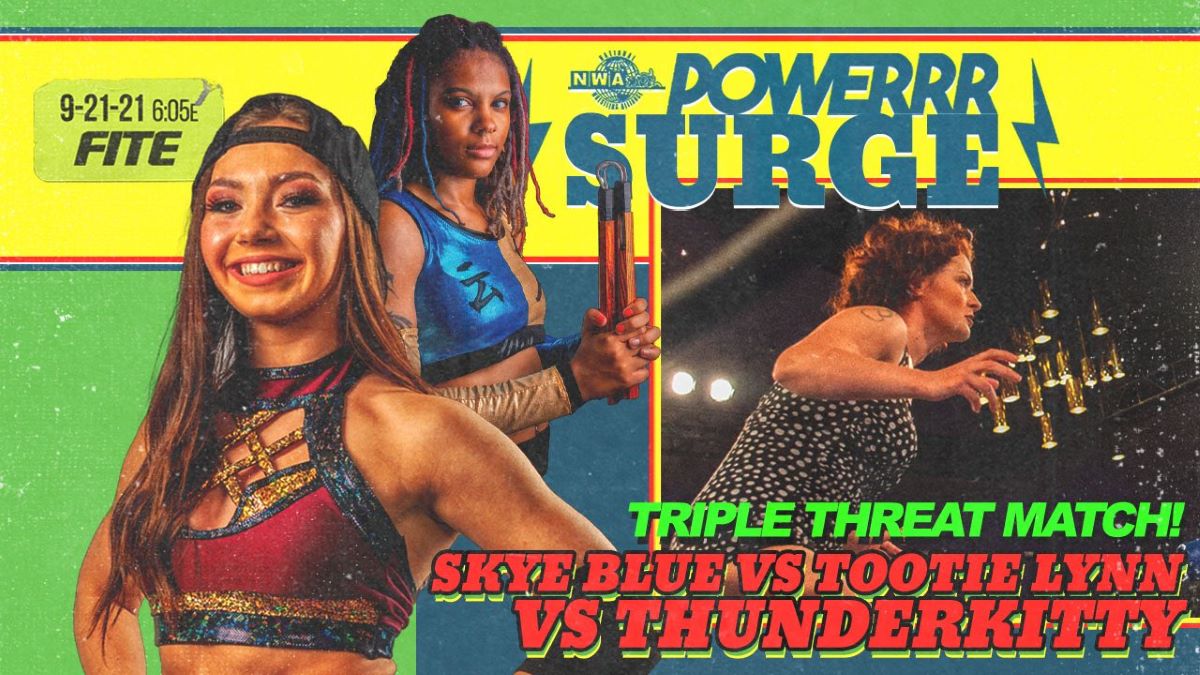 Have to say, there is a lot of fascination by the commentary team on the age of Thunderkitty wrestling at (*checks his notes*) 100 years old.  Hey, old people have a lot of piss and vinegar, but mostly the former that smells of the latter.

Blue and Lynn gives handshakes of respect, but when they go to Thunderkitty, the old cat shows her claws and shoves off both women.  Lynn and Blue team up to beat down on the old ‘Kitty, which might be the definition of elder abuse (but I digress), but ‘Kitty keeps on clawing away, with a suplex to Blue for a count of two.  Hometown hero Lynn takes it to Kitty, but Blue catches Lynn of guard and rolls her up to cover, but Kitty breaks the ref count.  Lynn and Blue start striking each other, and a double thrust kick knock both women down, and Kitty takes advantage with covering Lynn for a two count.  Kitty is aghast (or the dementia was making her sunset, take yer pick), and Blue rolls up ‘Kitty with a bridge for the three count.

Your Winner via Pinfall:  Skye Blue

Back to Horne again on Zoom with the champion, Trevor Murdoch.  They talk of the match with Nick Aldis, and Murdoch is complimentary, saying there was a lot of fortitude from Aldis in earning the Ten Pounds of Gold.  Horne mentions that for Murdoch, he’s out of the frying pan and into the fire (Ha!  I see what he did there!), and everyone is gunning for the new champ. There’s speculation on who’s the next challenger.  Pope is on the list, as is Dane, and trying to figure out other challengers from his team on The Champion Series like Corino and Cyon (the former Son of the Question Mark ™), but Murdoch states that he knows he’s a target on the top of the list, and spectacular grown ass men need to step up.  Murdoch says it sure is nice to be on the top of that list, after suggesting people pick up his new T-Shirt from Collar and Elbow that says “Everyone is a Tuff Guy, Until They Meet One.”  But the best line from the interview?  Murdoch says his favorite quote is:  “Don’t let the fat fool you. There’s an athlete in this body.”

Brilliant.  I might have to use that line in the future.  But for now, let’s go to your Main Event…

No longer going by “Matthew”, the “Big Strong” wrestler goes to school on Black Jeez,  making The Church’s Money go bankrupt with frustration.  Mims is in control, and he shoots the ropes, but Jeez hits a dropkick to the breadbasket of Mims, winding him momentarily, but Mims gets back up and delivers a body slam and a big elbow drop for a two count.  Jeez rakes the eyes of Mims, and backs him to a corner with chops, and shoulder tackles to his torso to wind him further.  A flatliner by Jeez is enough to cover Mims for one, two…no.  Jeez goes up top and attempts a double stomp that misses the mark, and Mims come back with a spine buster to a floatover cover for another two count.  One head butt by Mims and a big clothesline to Jeez, and his power uranage are enough to keep The Church’s Money down for the one, two, and three.

Good matches, and good interviews for this POWERRR-Surge.  Only quibble I have is that, especially on the hard camera side, there were no fans to be had.  If they were in the GPB Studios it’s not a big issue, but when they are in places like a ballroon, they should consider having fans visible.

Otherwise, the interviews laid a foundation of what could possibly come down the pipeline for new angles and matches, especially for Trevor Murdoch.  The tease for the Steel cage match between the former War Kings has me curious if they’ll get into a spot of the ultra violence with Jax Dane and Crimson.  It’s the slap fight is any indication, that was amuse boouche to the main course in a month’s time.

Until then, I don’t need to go to Vegas anytime soon, for see ya in seven days!