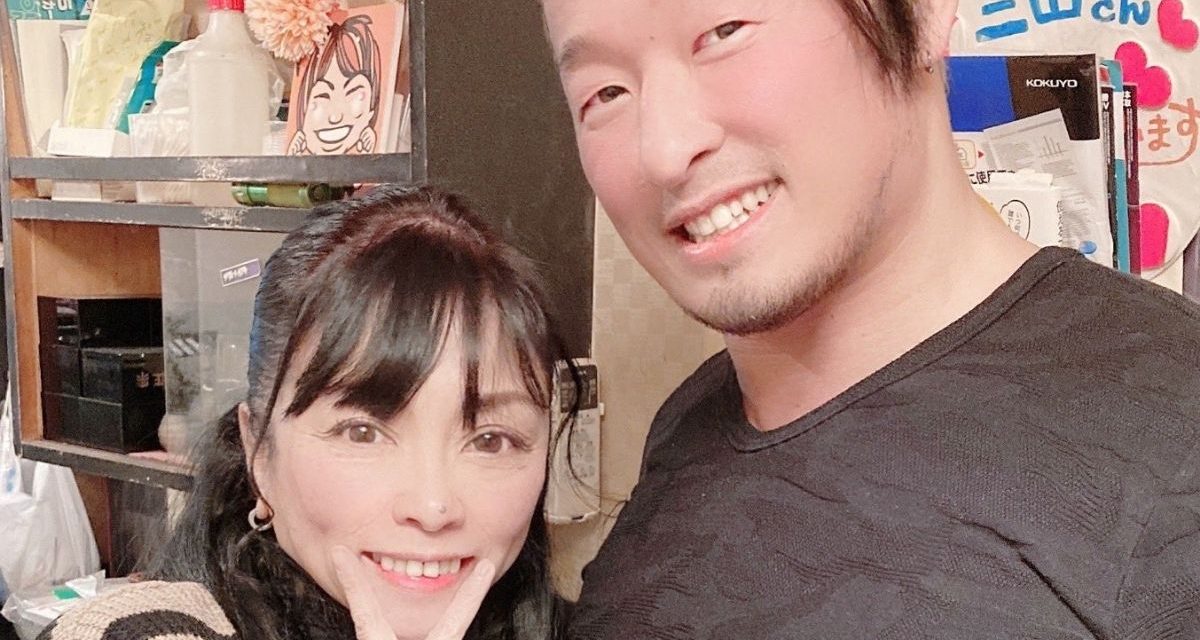 On her blog, Kazama talked about suffering from anemia, and having no appetite.

The 5-foot, 136-pound Kazama was most associated with the Ladies Legends Pro Wrestling (LLPW), which she helped found in August 1992 alongside Shinobu Kandori. The idea was that the promotion had legitimately tough women, and Kazama herself had a kickboxing background.

On her blog, she noted the memory of starting LLPW (via Google translate):

No one can establish a new group for girls and athletes! I heard that I was saying that, and I knew that I was told that it would collapse soon after I launched it 😊
I knew there was always bashing when I did my first thing 😊
However, it was harder to prepare for the launch than to listen to such bashing, and no matter what I said, it was more fun 🤗
That’s why I thought (speaking freely) 🤣
Since I experienced the pain of birth on this day, I feel that I can do my best in various things 😊
After this, the pain of raising will come soon (laughs).

Prior to LLPW, Kazama had been on the first JWP show, which itself was a breakaway from the long-established All Japan Women’s Pro Wrestling (AJWPW) company. AJWPW believed that the women wrestlers should retire at age 25, and in JWP, they were allowed to keep wrestling.

In the LLPW, Kazama was in a faction called Black Joker, alongside Takako Inoue and Eagle Sawai, and they held the LLPW Six Woman Tag Team titles for two years, 2000-02. 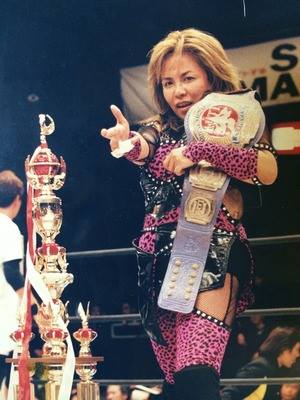 At the Scotts Blog of Doom!, the author has an excellent recap of Kazama’s career, noting that she never achieved the mainstream fame of many of her peers.

Rumi Kazama is one of those “hey, who is that again?” wrestlers, rarely appearing on big shows and typically lacking a lot of extraordinary showings or a huge push in most of the Interpromotional stuff I’ve seen in the mid-1990s. She’s probably most recognizable for her weird ’80s-style gear, like leopard-print shoulder pads and chest-piece on a bright purple jacket, an all-tiger-print set of tights, and a purple leopard-print set with black epaulettes. Not to mention her hilarious “Soccer Mom Hair,” sporting this GIANT teased mullet on a few ’90s shows I’ve seen.

Through the years, Kazama worked for other Japanese promotions, including DDT, Wrestle Association R (WAR), and WWWA, where she was a tag team champion with Takako Inoue. She was known for the Dharma German Suplex, Panzer Bomb, Swinging DDT and Dragon Sleeper.

She noted that there were no regrets.

I’m still really glad that I became a professional wrestler 🤗✨

I’m always really grateful to all the fans who have debuted, finished their careers, and have been retired for 18 years and still support me ✨🤗✨

On the big screen, she was in Benten-dôri no hitobito (2009), Silver – shirubaa (1999) — it was released in North America as Silver, and the TV listings described it as, “A woman searches for the gang that killed her family” — and Seinto Seiya: Tenkai-hen joso – Overture (2004).

Further details on her passing on September 21, 2021 are not known.