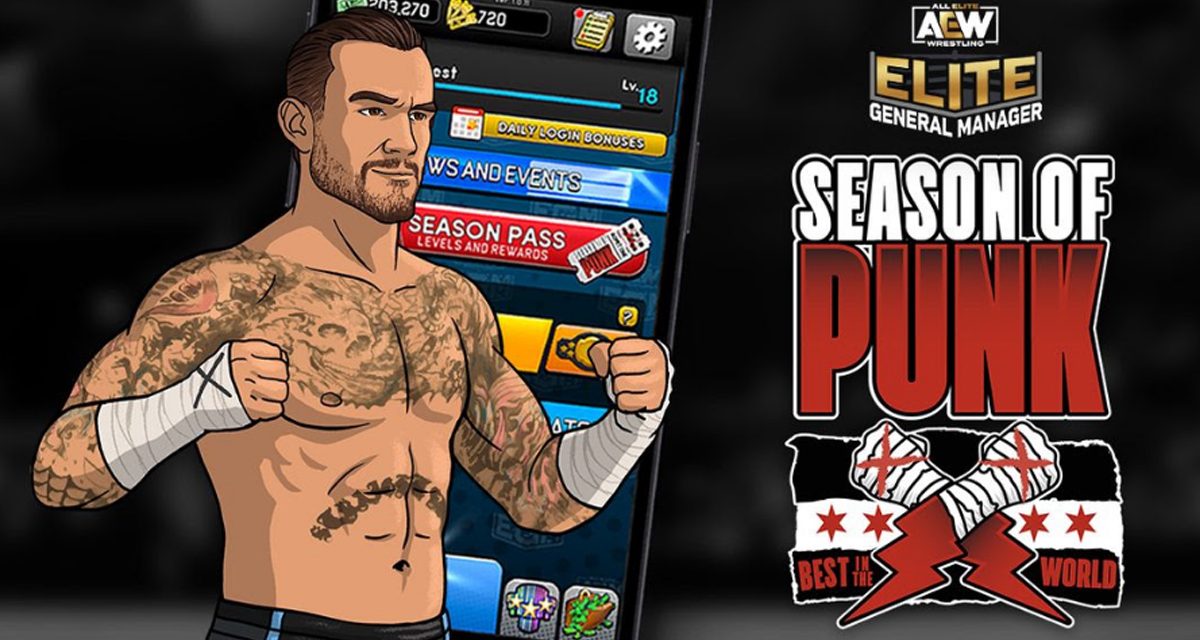 Season of Punk, the latest update to the free-to-play AEW Elite GM mobile game, is broadening the experience.

In celebration of CM Punk’s arrival, AEW Elite GM is now offering the Season of Punk season pass for a limited time. The season pass is a one-time purchase and includes a variety of challenging missions that GMs will have to conquer in order to receive exclusive CM Punk-themed rewards that can only be obtained through the season pass.

Ranked Multiplayer has now been added so that players can work through placement matches and upon completion be granted a GM rating. Players with a specific GM rating will be matched against other players of a similar rating.

The developers have also reworked how the championship title system works giving more choices, freedom and creativity to GMs.

AEW Elite GM is available through either the Apple App Store or Google Play Store.