Behind the Gimmick Table: Chris Adonis a ‘Masterpiece’ of merch 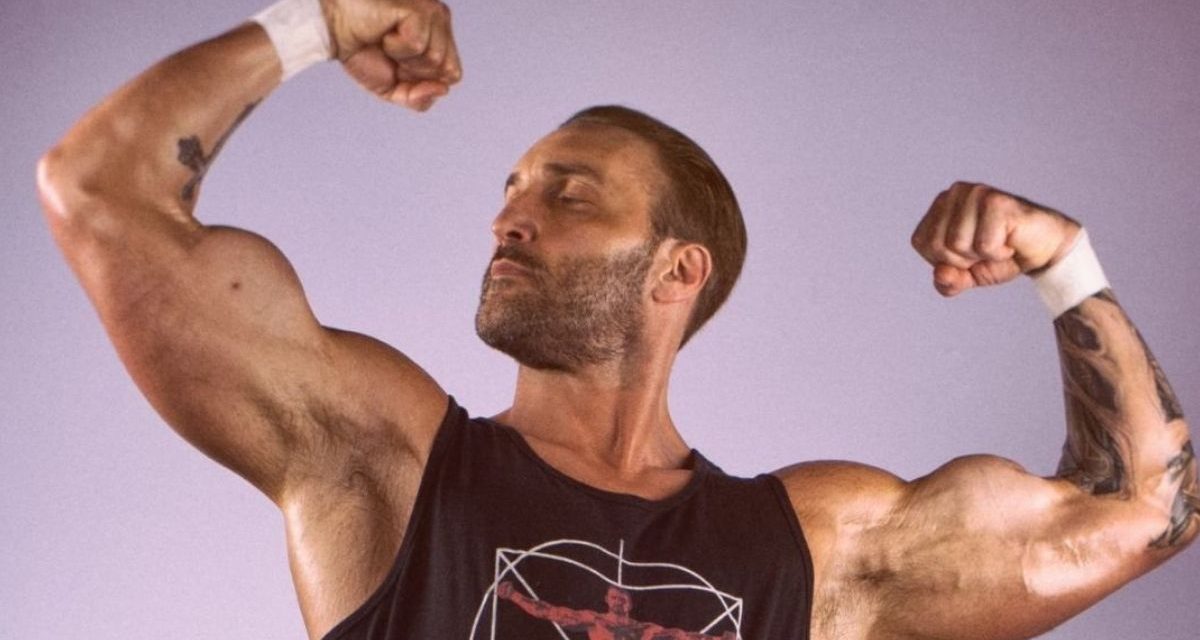 Chris Adonis is the NWA National Champion going into the NWA’s 73rd anniversary pay-per-view, this Sunday, August 29, at the historic Khorassan Ballroom of the Chase Park Plaza in St. Louis. One of the veterans on the show, especially after years in the WWE as Chris Masters, the man born Chris Mordetzky is in a good spot, and is happy to discuss his years of merchandise and branding.

Mordetzky’s brand is directly tied to his very being. His monikers such as “Masterpiece” and Adonis illustrate this. Mordetzky brings his physique to the (gimmick) table.

Unsurprisingly physiques were definitely at the forefront when Mordetzky fell in love with the sport as a child in 1989, when the literally and figuratively larger than life Ultimate Warrior and Hulk Hogan were at the top of the game. “I had a Warrior Wrestling Buddy that meant to me what it has meant to so many others including the Warrior himself for whatever reason it was a big part of our childhood… as a kid the facepaint, the attire, the music he was just so interesting. Warrior sucked me in,” Mordetzky told SlamWrestling.net.

The vintage WWF Hasbro and WCW Galoob figures of the early 1990s still hit Mordetzky with emotional nostalgia to this day. “I haven’t thought about this in ages, I do a lot of these interviews but we don’t dive into this,” he said. “I would imitate Howard Finkel doing the ring announcing. I think I did it for Howard once. I’d be running full on spots.”

Mordetzky and his friends even found a way to play with the solo oriented toys together. “We came up with this system where we’d both pick a wrestler and then we’d have to play Rock, Scissors, Paper and whoever won got to do an offensive maneuver. But that got out of control real quick. It started off simple with a bodyslam or powerslam but pretty soon you were throwing the [figure] across the street.”

As the Warrior left wrestling in 1993, it was Shawn Michaels’ concussion angle that sucked Mordetzky back in two years later. At this point he jumped back into the action figure game and with Jakks now holding the WWF license, he also began to read whatever wrestling magazines he could find.

The one upmanship of Rock, Scissors, Paper figure play with friends too would be upscaled in his adolescence. “For an April Fools joke, my friend told me there was a Shawn Michaels figure that I had wanted for a while at this mall way across town. This was before I drove so I took a bus all the way across town, then he told me: April Fools.”

Mordetzky’s play time would transition almost seamlessly into ring time as he would begin his pro wrestling training as a teenager.

In 2003, at just 19, Mordetzky signed with WWE and made his debut on RAW in 2005. Not long after moving from the developmental OVW territory to touring with WWE, the newly christened Chris Masters began to think of himself as a brand. 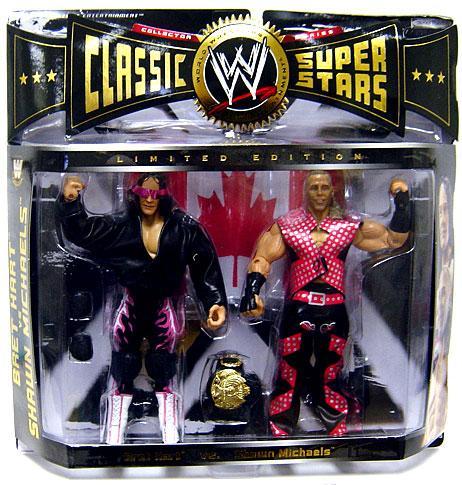 Chris Mordetzky once got this Bret Hart and Shawn Michaels set from Jakks.

Upon discovering the Jakks headquarters was not far from his home in California, the office became a stop for Mordetzky. “I figured out Jakks was right here in LA where I’m from… Once I gained my TV fame I would schedule visits there, and I would go to Jakks in Malibu and they would be so welcoming, because they took a lot of pride in what they were doing. I was kinda sad when Mattel took over. [Jakks] were very, very passionate. You could tell when you’d visit them. They would be excited to see us and give us stuff.”

“The Masterpiece” said it was an ongoing team effort making WWE merchandise. “It was a collaboration [with the gear maker]. Figuring out what material you’re gonna use, what’s the logo gonna be like, and it was trial and error.” He also added that, “you learn getting getting new gear and different looks puts you in a position to produce more figures. You already are incentivized to make new stuff, but it gives you an extra bit of motivation.”

Post-WWE, Mordetzky has continued to incorporate his physique into the design of his gear, such as his entrance robes and capes. For this Sunday’s NWA pay-per-view, he will be debuting a new attire.

Without the WWE machine behind him, Mordetzky developed the skill set of directly creating and selling his own merch. “On the independent scene, it becomes much more important. I learned about having to sell your 8x10s and shirts, your pictures with people. You can make a lot more [than] your quota at the shows than just putting it online.” 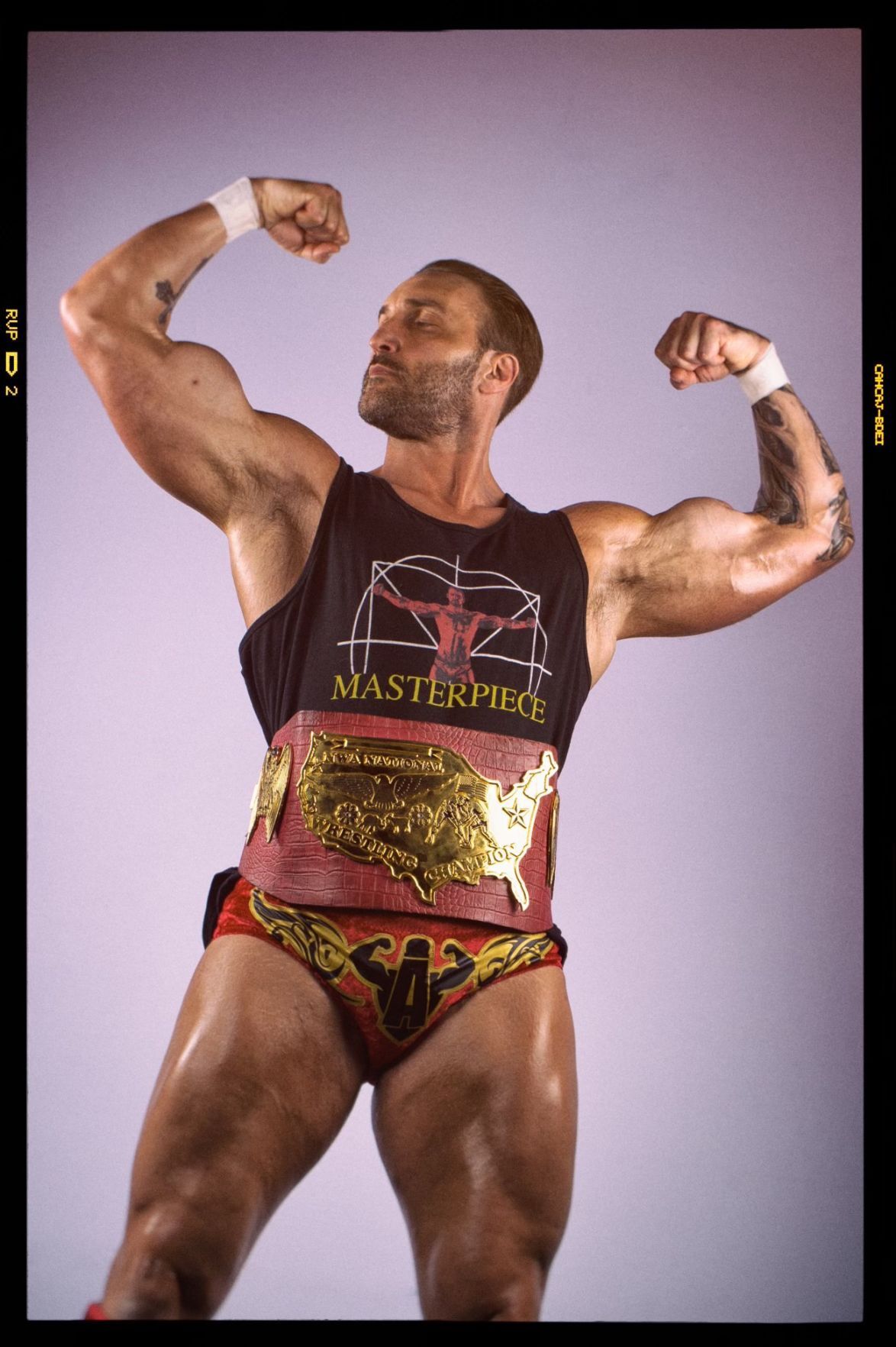 Mordetzky made his short and long term career goals clear. In the short term, he intends to successfully defend his NWA National championship against James Storm this Sunday. He said the 73rd anniversary show “will be a hell of a Homecoming.”

A late addition to the show is former NWA World champion Ric Flair, which drew praise for the owner of the NWA from Mordetzky. “You’ve got to hand it to Billy Corgan, he’s got a vision and I think wrestling fans are gonna like his vision… I like the idea of everybody having their own idea of pro wrestling and presenting that version of it. So the fans have different choices. Do we want Coke or do we want root beer tonight?”

By no means is the 38-year-old Mordetzky close to calling it quits. He wants “to show everybody I’m still a player. WWE might have mishandled me and I might have had some years away from the spotlight and stops and starts but I can definitely have some good years ahead of me. I started so young, people are still surprised about my age.” 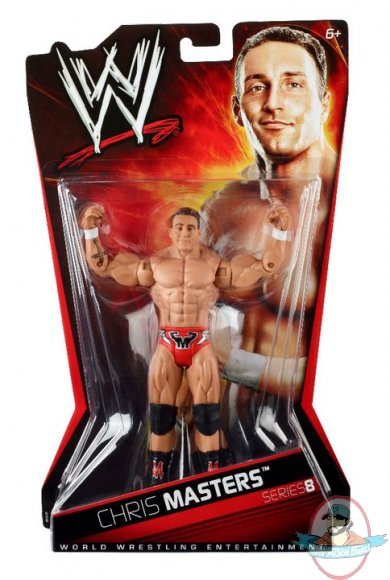 To close, Mordetzky addressed what it is like having an action figure — “It’s lovely. It’s a great conversation piece with the women.”