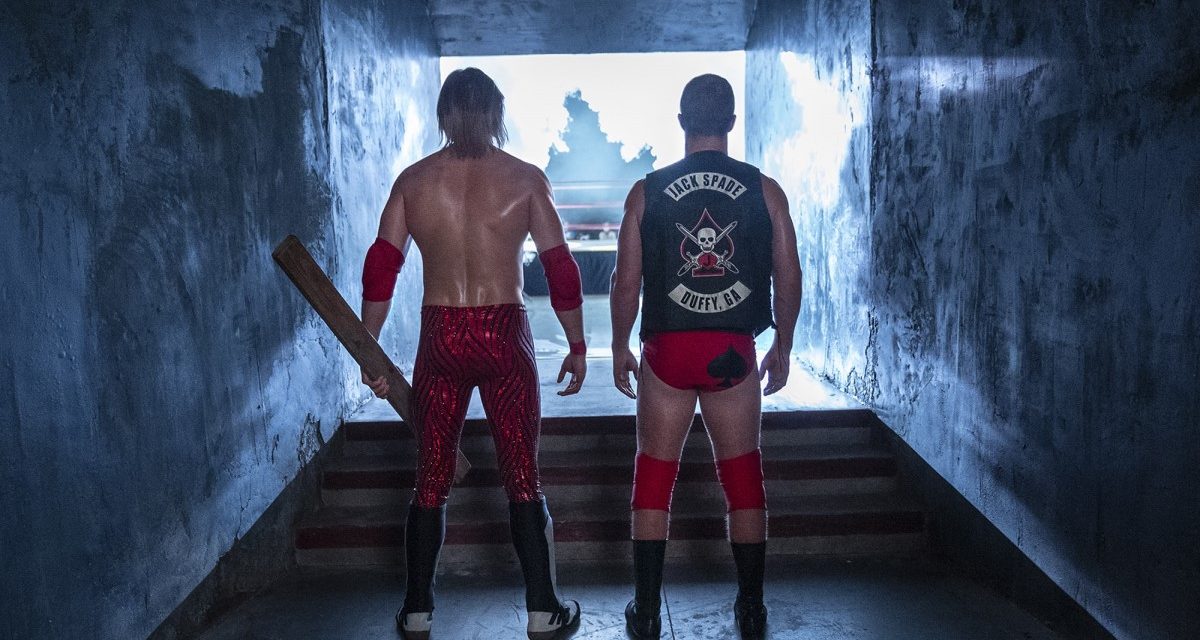 With the premiere episode entitled “Kayfabe”, the STARZ show Heels immediately provides the drama, representation, and validation that wrestling fans have craved over the years. Much like Darren Aronofsky’s 2008 film The Wrestler, the world created by Michael Woldron treats even the ridiculous parts of the pro wrestling business (and there are indeed ridiculous parts) with a seriousness that matches the will of the characters. There’s room for tongue-in-cheek storytelling about pro wrestling, and even outright broad comedy, but fans of the sport/spectacle deserve a legitimately dramatic option as well, and that’s what Heels delivers.

The show rests on the shoulders of Jack Spade, champion of the Duffy Wrestling League (DWL) in Duffy, Georgia. Played by Stephen Amell, Jack is serious, single-minded, and decisive. The opening sees him crafting the storyline of a match, plotting out the moveset by himself on a computer interspersed with clips of the match playing out in the ring (this includes, notably, a Coast-to-Coast, the move that was responsible for Amell breaking his back and shutting down production for a time).

The Duffy Dome, the league’s home, is no bingo hall, but it’s a small venue made to look somehow smaller via the packed stands, with people jostling for room as they boo Jack’s victory. He has booked himself into the heel spot, and seems to have done it so well that his young son Thomas is shown at ringside booing his father. Now, enter the face: Jack’s younger brother, Ace. Played by Alexander Ludwig, Ace appears to be everything his brother isn’t: flamboyant, charismatic, and wildly over with the crowd. Ace is after Jack’s title, and the crowd is desperate for the younger brother to take it.

And that, at about five minutes in, is just about it for in-ring wrestling storylines in his hour-long episode. By the time the action returns to the ring for the conclusion, it’s clear that Heels isn’t focused on displaying the DWL’s feuds between the ropes; most of the show’s action is backstage, in the local stores, at church, and at home. How the matches come about is where the drama lies.

The basic tenet of the show is the duplicitous nature of Jack and Ace. Respectively, they are the heel and face in the ring, but their roles are less clear in their personal lives. While Jack is carefully plotting out the long-term feud between himself and his brother, Ace is impatient and wants his future to arrive right now. Jack maintains his character out in the town (kids take off scared as he drives around on errands, and he refuses to mingle congenially with his family outside of church), while Ace is hardly a hero. He’s conceited, rude, and arrogant, and makes no attempt to reconcile his actions with the character he plays.

Having Jack, the heel in the ring, take on the mantle of DWL owner and booker makes sense. It’s an acknowledgement of the tradition in which the heel runs the match. He’s the one protecting the business, and doesn’t seem to mind one bit the unpopularity that this position brings to him. “You’re always in character,” his business partner Willie (played by Mary McCormack) tells him — and she’s not necessarily complimenting him.

Through this dynamic, the show also lays out a universal truth of acting in wrestling and beyond: playing the bad guy is just more fun. Jack doesn’t seem to be enjoying himself much at all throughout the episode. He’s loaded with responsibility, stoic, and often alone. Ace, on the other hand, says and does whatever he wants and gets away with it. In the comic book world of the X-Men, there’s a reason why the character of Wolverine is more popular than Cyclops — but there’s also a reason why Cyclops is the leader, and not Wolverine. 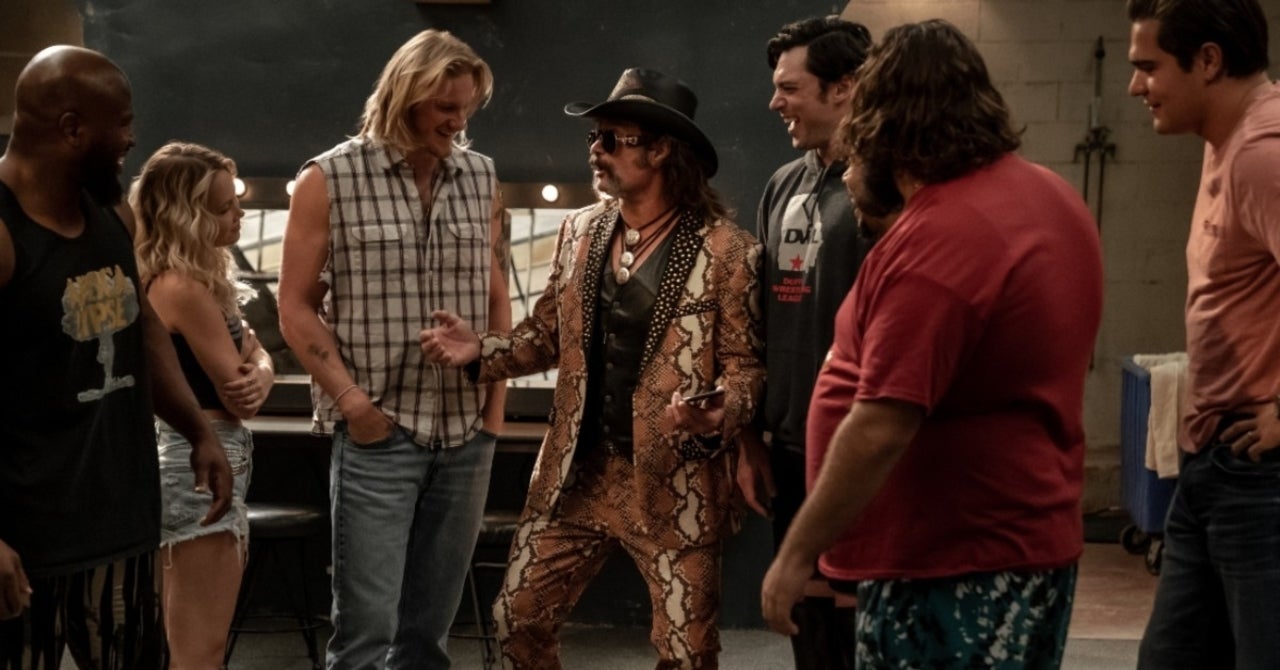 The show does well in providing exposition of the wrestling business as conversations regarding building heat, keeping kayfabe, and safely landing dangerous moves are sprinkled throughout the hour. It all feels natural and succeeds in sounding like characters speaking to one another, and not directly to the audience.

The culmination of the opening episode comes about as, perhaps in a nod to biblical references that speak of ever-present rivalries between brothers, Ace is tempted by the devil in the form of Wild Bill, a former DWL wrestler played by Chris Bauer who had wrestled Jack and Ace’s late father, made the big-time, and has returned (in a snake-skin suit to fit the allegory, no less) to see if Ace has what it takes to make the same leap that he did.

No spoilers here; you’ll have to watch the episode to see how it plays out. The finish was, for my money, all at once surprising, logical, and, perhaps most importantly, sets up intrigue for the rest of the season.The rest of the main characters are given their introductions, but we’ll have to wait for Jack’s wife Staci (Alison Luff), Ace’s valet Crystal (Kelli Berglund), and the other regular DWL wrestlers to develop more of their characters and place in the world.

For now, Jack and Ace are front and centre, and so is the world of pro wrestling in of all its goofy glory.