Mat Matters: An alternative take on the Rampage premiere 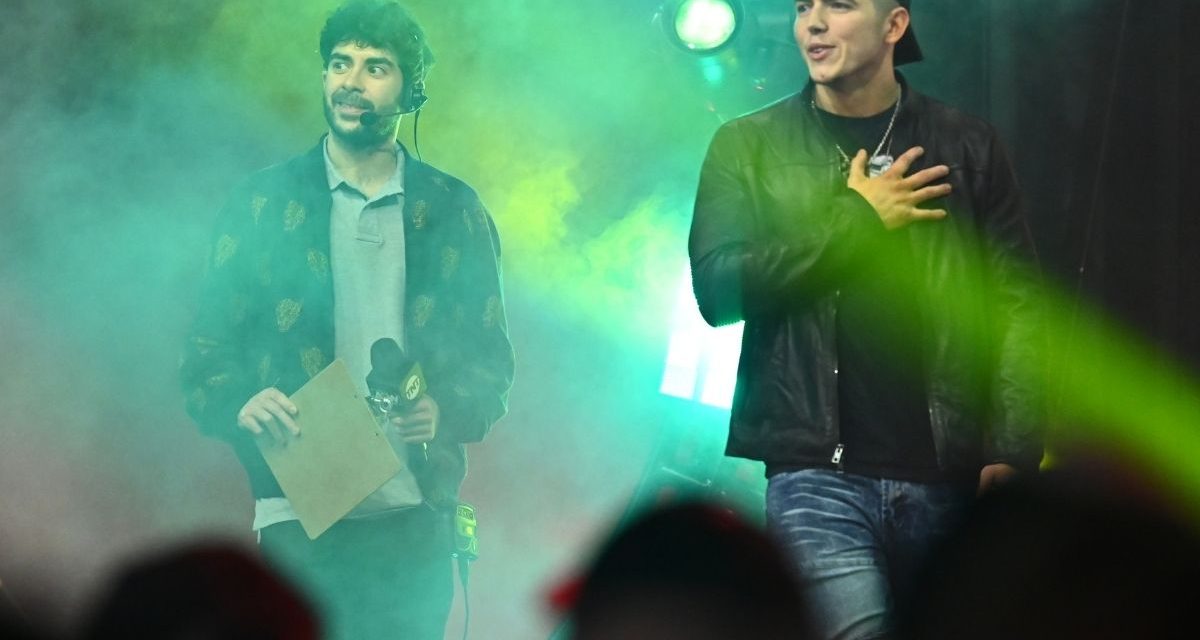 Confession: even though, as a Slam writer, I should keep on top of weekly TV, if I’m unable to watch a show live when it airs, I generally don’t go back and watch it later on. Instead, I’ll read the recap from one of my fellow writers, and simply wait until the show comes around again the following week.

But after having read John Powell’s glowing review of the debut episode of AEW Rampage on Friday night, which he called “fantastic” and full of “great wrestling”, I thought I’d seek it out after the fact, so ended up watching it last night.

Now, I’ll be the first to admit that AEW isn’t really my cup of tea. Basically, I find the booking style and the in-ring style to be a bit too “new school” for my tastes. I find the wrestlers are generally too small and focused more on gymnastics and flashy moves than they are on in-ring psychology, including selling moves, and logical storytelling during the matches. I dislike pretty much everything the Young Bucks do – both in the ring and on the mic, and I think Orange Cassidy is one of the most intelligence-insulting thing to come into wrestling since Katie Vick.

That said, I really like some things that the company does. I think that Tony Khan’s opening of the “forbidden door” and working with other companies is a revolutionary in these times. I like that they allow blood in their matches, as I think that, when done well, the addition of some colour in a match can really enhance the presentation. And, generally, I am appreciative that the company provides a place for many wrestlers a place to showcase their talents – I am friends with some of the roster, and am incredibly happy that they have the opportunity to make a living doing what they love.

So, with that in mind, here’s my take on the debut episode of Rampage – the good, the bad, and the problematic.

Chris Jericho was especially bad – far too shouty. Conversely, Mark Henry, at times, felt almost too lethargic – and a couple of times, suffered from mush-mouth. 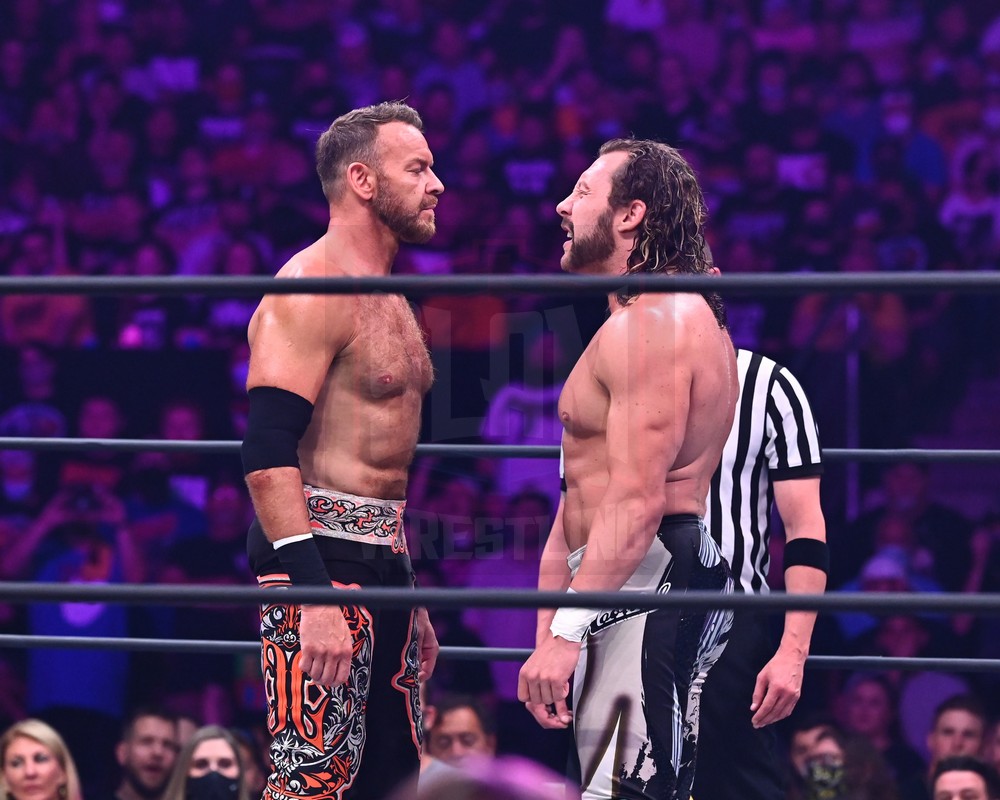 Christian Cage stares down Kenny Omega at AEW Rampage at the Petersen Events Center in Pittsburgh, on August 13, 2021. Photo by Joe Hrycych, www.hrycychphotography.com

Match 2 – Miro (c) vs. Fuego del Sol – for the TNT Championship. Also, if Fuego wins, he gets an AEW contract 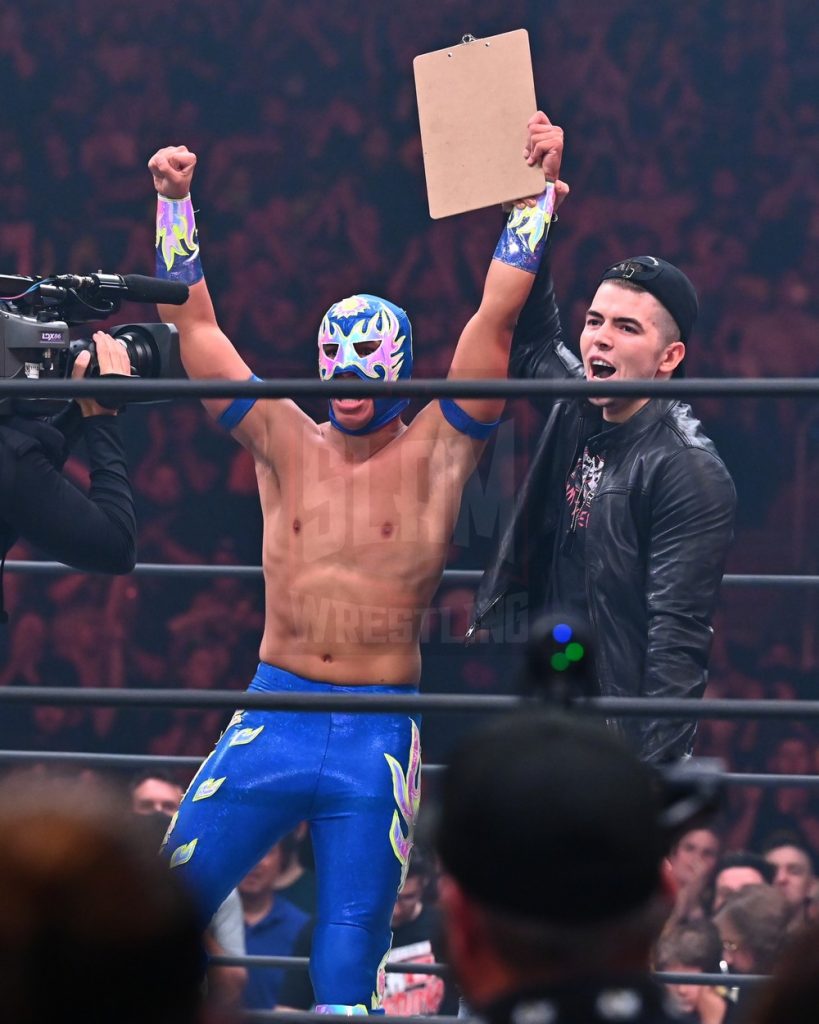 Sammy Guevera and Fuego Del Sol at AEW Rampage at the Petersen Events Center in Pittsburgh, on August 13, 2021. Photo by Joe Hrycych, www.hrycychphotography.com

It also diminished the great heel move by Miro where he tore up the contract after the match.

Lastly, the way they did it looked cheap and cheesy. I get that Tony Khan doesn’t want to appear regularly on TV. But to have Sammy Guevara come out and give Fuego the contract looked amateurish, and didn’t give it the gravitas it should have earned. When Dana White gave Stephan Bonnar a contract after he lost the Ultimate Fighter finale match, because it was Dana White doing it, it was a big deal, because he was the boss.

Also… and this is minor, but speaks to the broader presentation… if this was a legitimately-unplanned moment, why would Fuego have stayed in the ring throughout the commercial break? Him standing there when the show came back to commercial – which would never be done for a jobber unless setting up some sort of angle – just made the entire thing seem completely contrived. 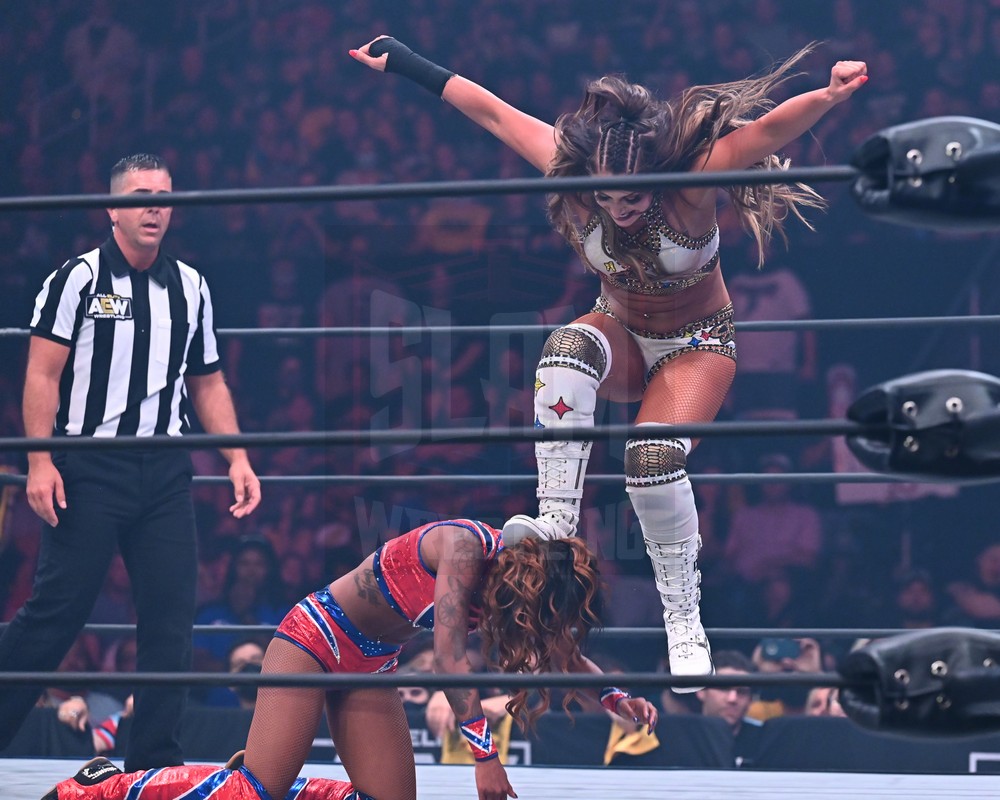 To wit: She needed outside interference from Rebel. After winning the match, she beat up her downed opponent. Then she and yet another hired goon (Jamie Hayter) double-teamed Kris Statlander, who is as pure a babyface as you can get. Then she again attacked a downed and helpless Velvet, hitting her with a curb stomp on the title belt.

It wasn’t done in a cool way like when “Stone Cold” Steve Austin was a rough-edged badass beating up his opponents. She was a complete chickens— heel. Which went totally against the type of reactions she was getting.

It’s like they don’t know what they want to do with her. If you’re going to keep her a heel, then don’t have her play up to the crowd. Instead, cut a promo heeling on the city to get them to turn on her. Or, if you want her to be a babyface, then fully commit to that and have her act as a face. The battle between good and evil is the fundamental premise of professional wrestling; this match didn’t just ignore that premise, it tried to completely upend it. Don’t believe me? Watch this match with the volume muted so you can’t hear the fans, and try to figure out the story – it’s not easy.