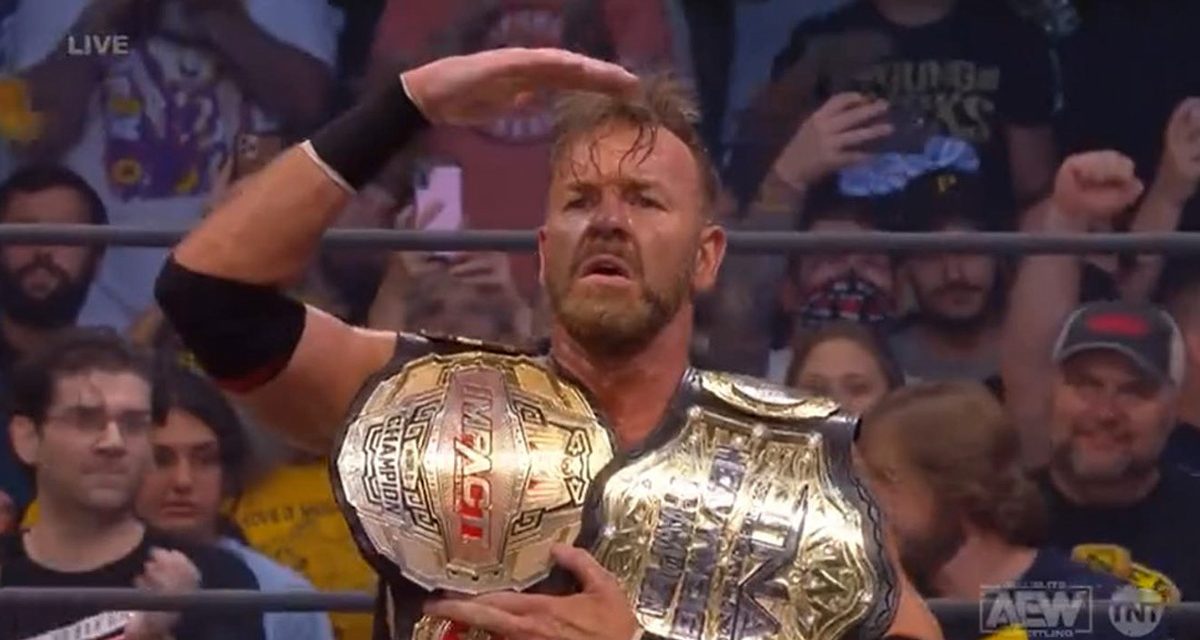 Christian Cage made an Impact on the premiere of AEW’s Rampage. Like a bolt out of the blue, Rampage was all wrestling and little to no filler during its hour-long broadcast. For that reason alone, Rampage really stood out from the hours and hours of weekly wrestling programs and could be the shot in the arm wrestling television needs.

Before Omega and Christian locked up the fans were cheering: AEW! AEW! Christian frustrated Omega by countering anything and everything he could throw at him at the start. Christian gave Omega a one-finger salute and he wasn’t saying Omega was number one either.

Christian chasing Omega on the floor resulted in Kenny taking over back inside the ring. Christian quickly came back on top outside the ring after drop kicking Omega into the ringside barricade.

Jericho commented that this match wasn’t just about the Impact Championship but a battle of Toronto versus Winnipeg.

A battle on the top rope ended with Christian powerbombing Omega from the second rope for a two count. Omega escaped the Kill Switch, giving Christian the Cannot Escape combination. Christian ran into more trouble, literally. His attempt at a spear ended with Kenny’s knee meeting his face.

Christian kicked out of a powerbomb and two knee triggers.

“He has the healing factor of Wolverine!” said Mark Henry.

Christian battled out of a One-Winged Angel and dodged another knee trigger that had Omega smashing into a corner hard. Christian’s Spear scored him a two count. Christian survived two snap dragon suplexes to snap Kenny’s neck off the top rope and hit him with a frog splash for a two count.

Sensing his meal ticket slipping away, Don Callis leapt onto the apron distracting the official. Omega low-blowed Christian and that brought out the Young Bucks who slipped a steel chair into the ring. Christian escaped another One-Winged Angel delivering the Kill Switch to Omega on the steel chair. Christian slid the chair out of the ring pinning Omega for the championship.

The Jurassic Express helped Christian celebrate in the ring and backstage.

Christian told Mark Henry that tonight’s win was just the beginning. He will defeat Omega for the AEW World Championship at All Out on September 5th. 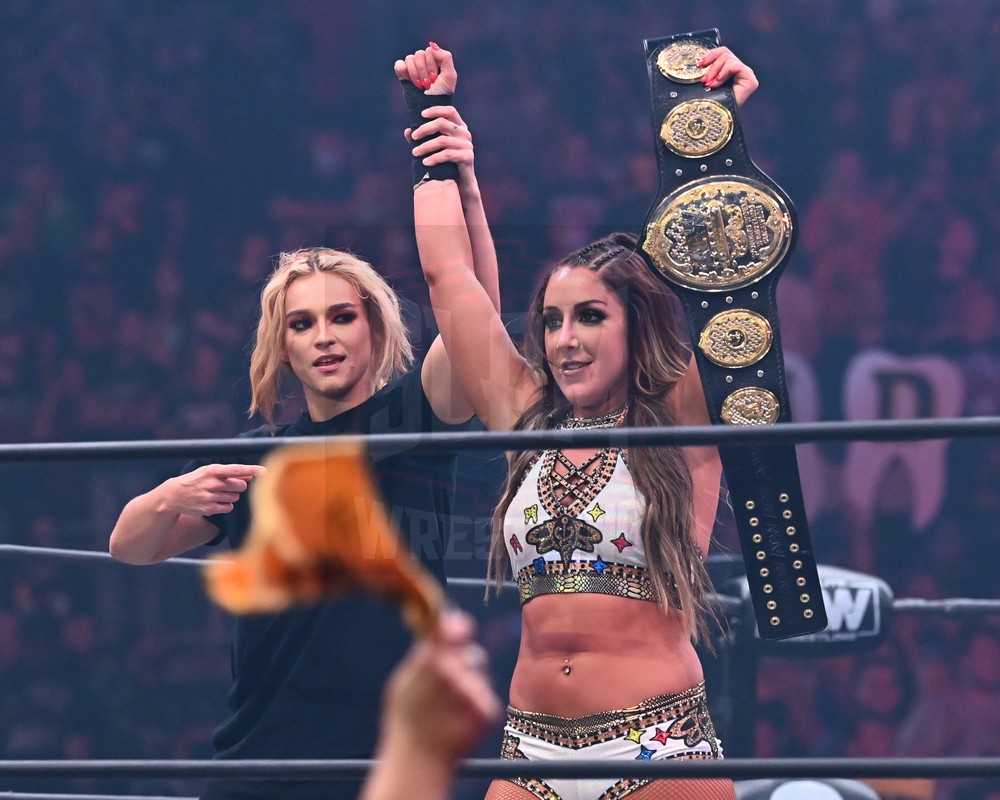 AEW Women’s World Champion, Dr. Britt Baker, D.M.D., successfully defended the title in her hometown of Pittsburgh. Her challenger Red Velvet was booed by the crowd especially when she targeted and tore at the protective covering on Baker’s injured wrist, arm. When her trademark Lockjaw wouldn’t work with the injured arm, she switched to the other forcing Velvet to submit.

The victory wasn’t enough for Baker who beat on Velvet after the bell. As Baker was going to curb stomp Velvet into the title belt, Kris Statlander dove into the ring punching her in the face. A stranger wearing a baseball cap rushed the ring taking out Statlander with one punch. Baker curb stomped Velvet into the title as the stranger took over the baseball cap to reveal herself to be: Jamie Hayter. Hayter held up Barker’s arm in victory. 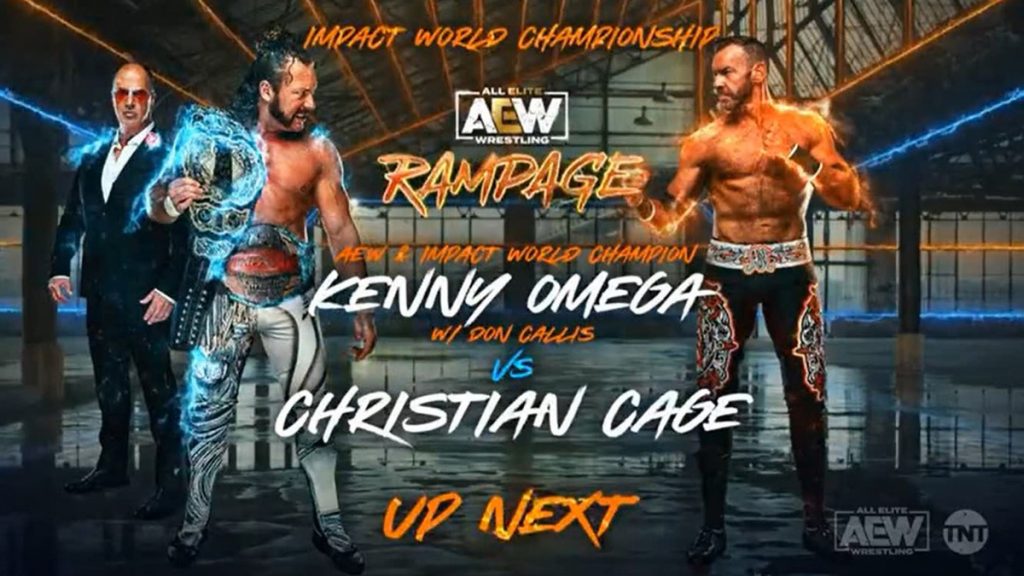 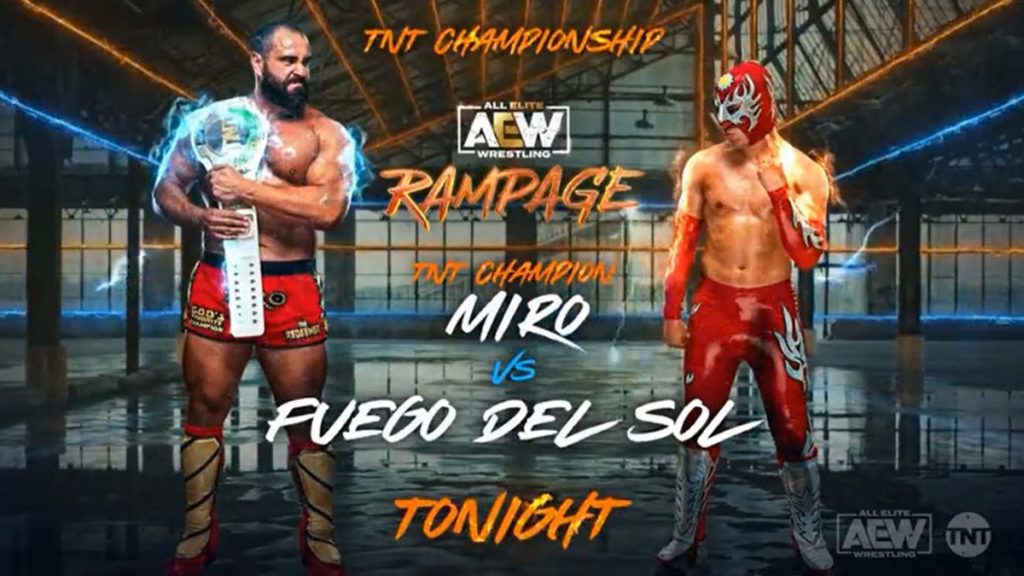 If Del Sol wins the match he not not only wins the TNT Championship but a contract with AEW. De Sol roars our of the gate braining Miro with DDT after DDT. A groggy Miro almost gets counted out.

“What kind of luchadore comes from Alabama?” asks Chris Jericho on commentary.

Miro derails Del Sol catching him off the top rope and spiking him with a Bulgarian Drop. A kick to the head sets up Del Sol for Miro’s submission. Del Sol taps out. Del Sol is devastated after the match. Out comes AEW CEO Tony Khan and Del Sol’s best friend Sammy Guevara. Khan takes a stroll to the back as Guevara delivers some good news. Even though Del Sol has a record of 50 losses in a row the people love him so Del Sol is now All Elite. Del Sol hugs Sammy. Awww. The feels!

We see a replay of Darby Allin’s promo saying he wants to face all challengers including those who think they are the “best in the world”. Next week’s Rampage is from Chicago. What could it all mean? 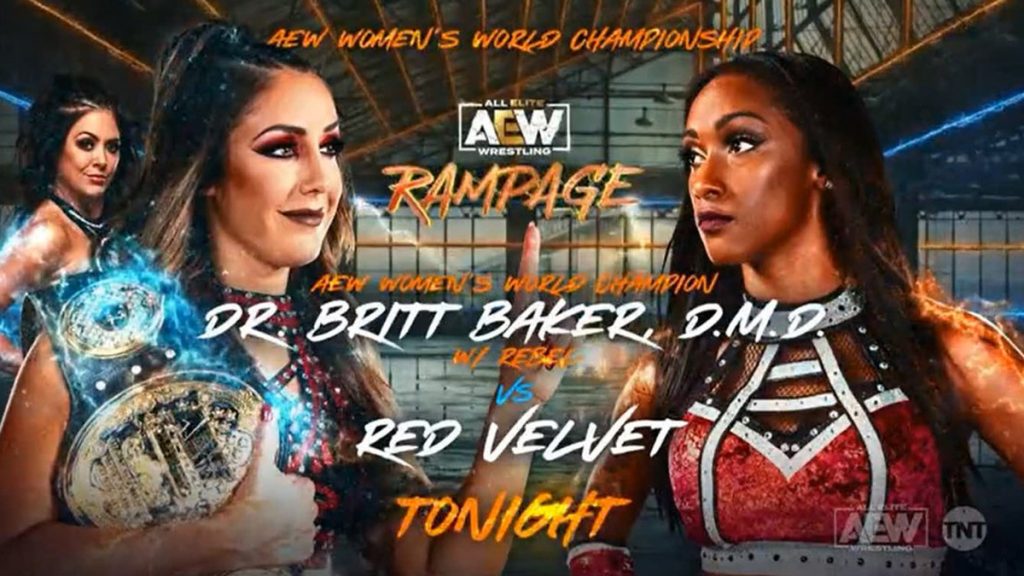 A fantastic debut for Rampage. The best part? No wasted time. No wasted segments. Just some great wrestling which made the hour go by in a flash. Could a one-hour wrestling show be the difference maker in the television wrestling wars? We shall soon see.