Alex Gracia taking Pink Dream to the next level 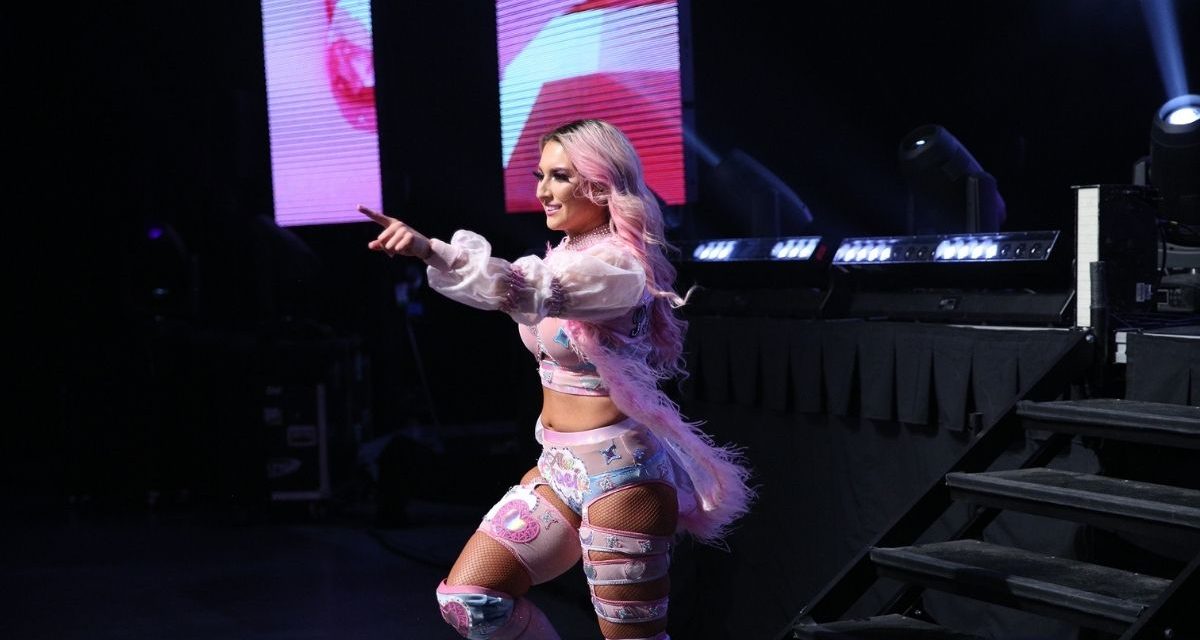 Alex Gracia lives in color. Pink not only represents who she is, but is also part of a movement that symbolizes strength and resilience. Gracia plans to take that attitude with her in a new challenge where she will face some of the best female grapplers.

Alex Gracia will compete in Ring of Honor’s Women’s Title Tournament, kicking off this weekend, to determine a champion now that the title is vacant.

“This [tournament] has been my focus since last summer,” Gracia told SlamWrestling.net in a phone interview. The tournament was initially to take place in 2020, but the pandemic put a wrench in the plans and was rescheduled to take place this summer. “We didn’t know what was going to happen, what was going on in the world.” She added that when ROH called to invite her back, she was up to the challenge.

The Pink Dream has been proving herself since she got into pro wrestling about three and a half years ago. It all started when she walked into The Texas Wrestling Academy, formerly known as The Shawn Michaels Wrestling Academy in San Antonio. Gracia came through the doors with an interesting pick of attire, to say the least. “I walked into training, with a full-on pink tank top, pink tennis shoes.” 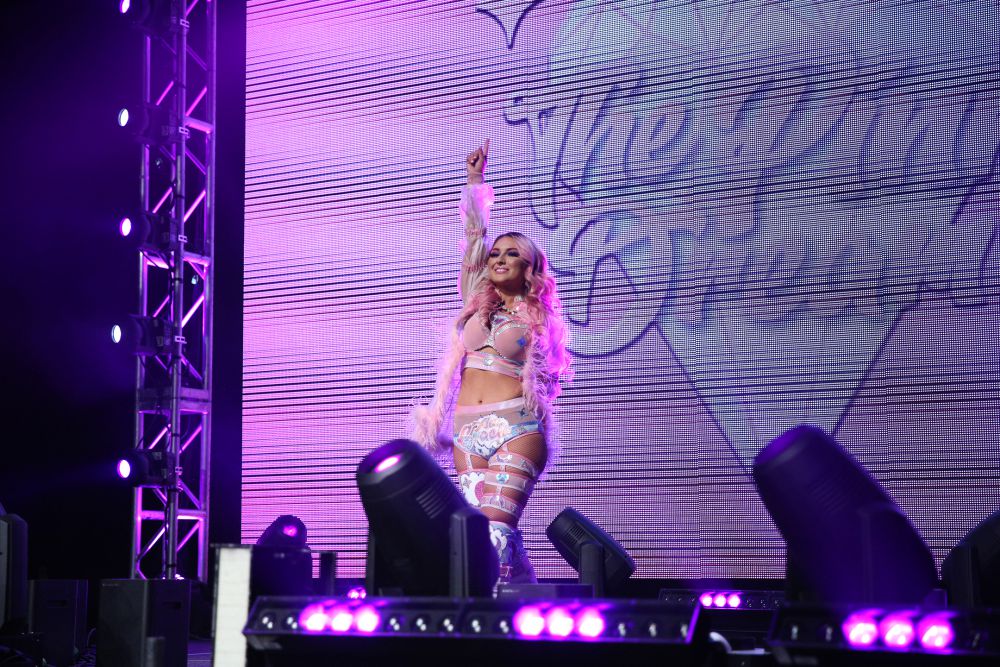 Alex Gracia heads to the ring in Ring of Honor. RING OF HONOR/Zia Hiltey

That’s actually where her character came from. As it turns out, the inspiration from her in-ring persona was right in front of her face. “The Pink Dream is actually the name of the biggest pink diamond in the world and there’s only one. Funny enough, it was the background on my phone!”

This, she said, was one of the things that made her second guess whether or not she was going to fit in. “I’ve always been in athletics in some sort of way, but what kind of made me self-conscious was my interest in girly things as well.”

Gracia wanted fans to take her seriously, and she thought the pink may have been a little too much. Now, she sees the feminine shade as something inspirational and a big representation of strength. “It’s a way for women to show how strong they are. I’ve really tried to convey that, especially with little girls.”

Through all of that, the Texan managed to find her way. Not only has she made appearances in AEW, she’s also been seen in Impact Wrestling’s ring, as well as SHINE, SHIMMER and the Japanese Stardom promotion.

Japan meant a lot to Gracia. “It was definitely a culture shock,” she explained, “but after I had my first match I realized that wrestling is a common language among wrestlers. That really helped me grow as a person.” 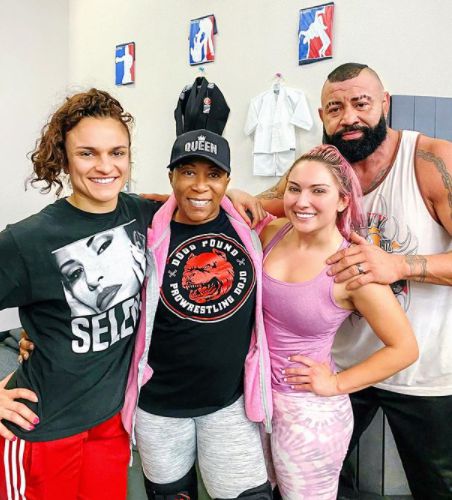 Thunder Rosa, Jazz, Alex Gracia and Rodney Mack in an Instagram photo Alex Garcia posted, with this message: “Never underestimate the power of influence. These three motivate me like no other💪💪💪💕 I realize that I have so much ahead of me that I haven’t even began to touch the surface. #PinkDream”

What sets Gracia apart from many other wrestlers is her positive spirit. Her social media is filled with motivational quotes to inspire her Pink Dreams to follow their own dreams. In turn, it actually helps her. “I feel like I can do this because I’m not the best at it.”

She has her own insecurities, and she has gone through tough moments herself. “Sometimes seeing that message or seeing someone else pushing through can give you confidence and hope to push through it as well.”

There’s no question that Gracia will have to dig down and find that courage when she comes face-to-face with some industry legends at ROH this weekend. Who is she looking forward to facing? The Pink Dream would like to check some names off of the bucket list. “I would love to wrestle someone like Trish Adora, Mazzerati and, of course, the ones who have been in the game for a while like Nicole Savoy and Sumie Sakai. These are just names that I’ve seen before, I watched them in the ring, and they would just push me to bring my all.”

You can catch Gracia and all of the other competitors this weekend on ROH Television.

TOP PHOTO: Alex Gracia heads to the ring in Ring of Honor. RING OF HONOR/Zia Hiltey