Behind the Gimmick Table: D-Man Parker has learned from missed opportunities 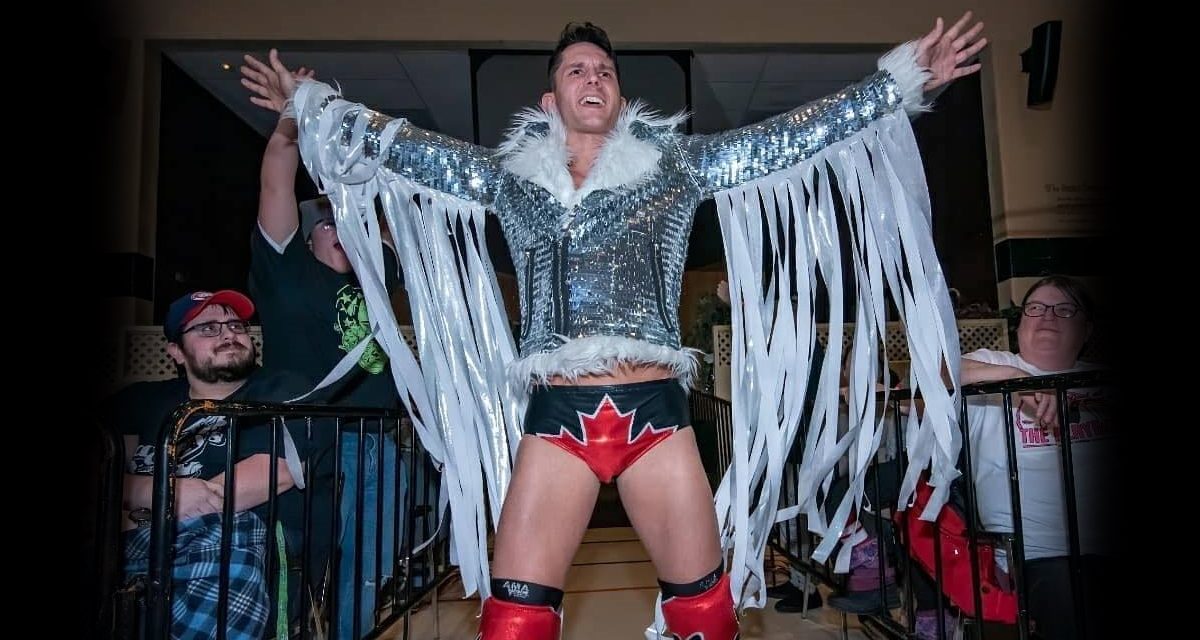 As “D-Man” Daniel Parker, Daniel Iurincic is a world traveled wrestler. Merchandise has been integral to his ability to pursue the sport as a full-time career in recent years but it wasn’t something always on his mind, even as a fan.

As a “doer” and not one much for video games more than “20 minutes of Tony Hawk’s Pro Skater,” his childhood play was focused around being active himself and gravitated towards action oriented media such as Power Rangers and Spider-Man (hence the surname “Parker”) that he emulated. Wrestling first caught Iurincic’s attention when he was 11 years old. He remembers the moment vividly and recalled it in speaking with SlamWrestling.net.

“Jamie Noble versus Tajiri. It wasn’t even a match. It was a post-show recap highlight,” Iurincic noted. This brief clip had Iurincic hooked and shaped his journey into the sport himself in 2003. He began to seek out wrestling — as much to watch and read as possible. He did so by recording whatever he could find on TV onto VHS tapes and buying Pro Wrestling Illustrated and WWE magazines.

Iurincic decided to pursue a career upon attending his first live event in Barrie, Ontario, close to his hometown of Tiny. “I always knew I’m a smaller guy so I’d have to do flips and [stuff].” This prompted Iurincic to study gymnastics.

Within a few short years, Iurincic had his first brushes with participating in the sport. First came second hand tips from some “backyarders” who attended a Tyson Dux seminar, and then he found himself volunteering backstage at events and training in an actual pro wrestling school. 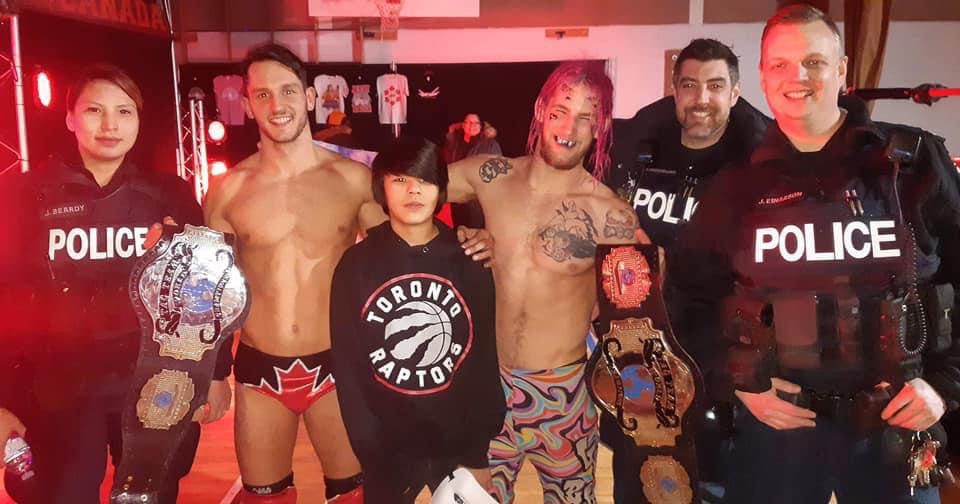 D-Man (second from left) as a tag team champion on a Northern Canadian Tour.

For years Iurincic’s only merch would be basic 8×10 photos. It took him years to expand to other items that would be the core of his income as a full-time pro, especially on northern Canadian tours. “I always tried to be different,” was Iurincic’s mantra and this prompted his merch offerings to include the likes of headbands and tank tops.

Iurincic gained more confidence as he wrestled throughout Ontario and trained at a number of schools throughout the province before finding a true homebase at Anthony Carelli’s Battle Arts in Mississauga. He would end up not only training there but working at the gym and living in the same house with Carelli and head coach Yuki Ishikawa. It was through this connection with Ishikawa, the original Battlarts Japan founder, that Iurincic was first able to train and wrestle overseas. 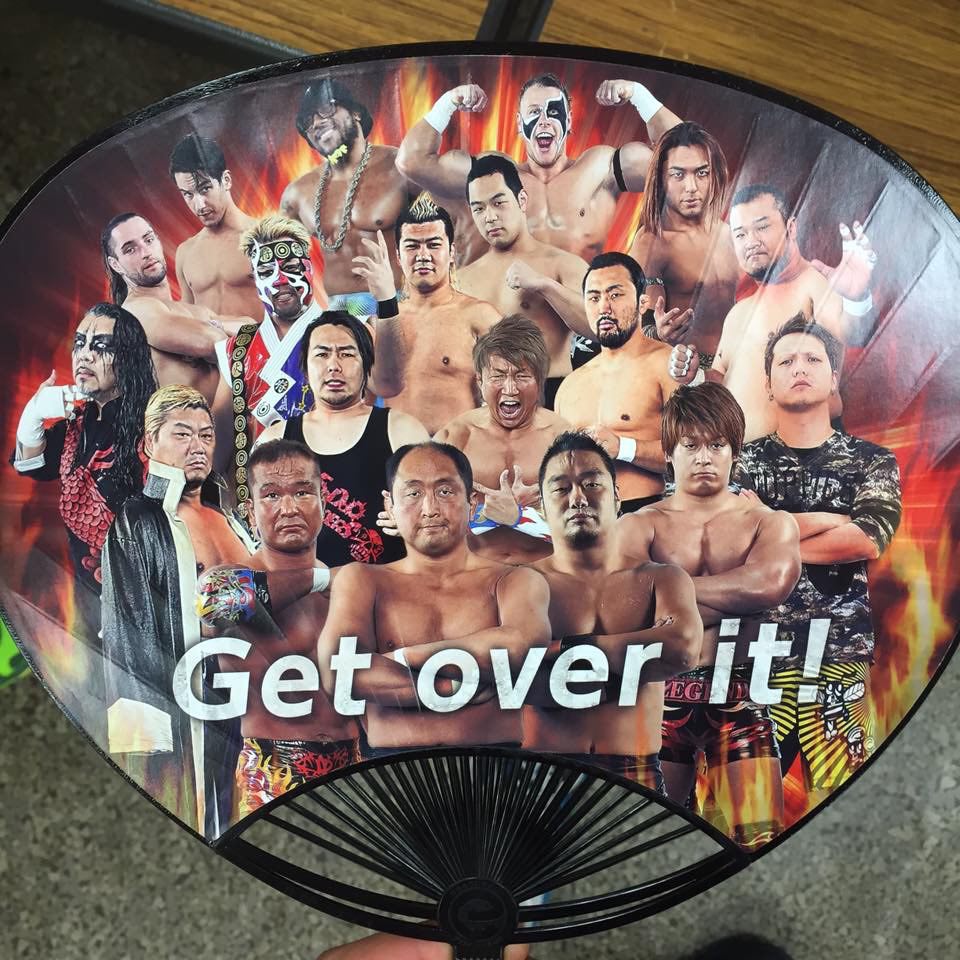 D-Man on a personal fan merch item from his time in Japan.

In 2016, Iurincic spent six months living in Japan living the Dojo gaijin young boy life at the Zero1 dojo. Excelling there allowed him to work on events for both Zero1 and FMW (Frontier Martial Arts Pro Wrestling) as Matrix and The Last Samurai, respectively, for his apparent resemblances to the title characters. But doing so would not have been possible without merch. “I was running out of savings, so I came up with a T-Shirt for both gimmicks,” he said.

Iurincic’s next international venture took him to California. Through David Marquez’s Championship Wrestling From Hollywood ventures Iurincic found a home in the state to live, wrestle, learn and work. There he would expand his abilities beyond action in the ring to various aspects of event and television production. During this time however his merchandising would not be a priority and largely forgotten. 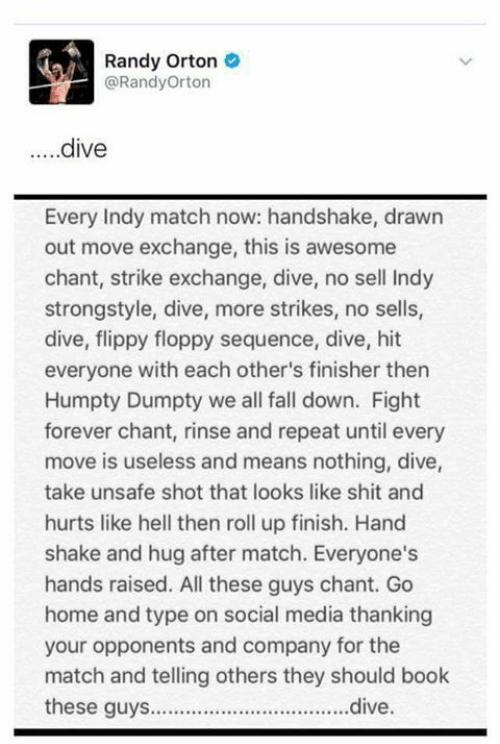 This missed opportunity was a big one. On two occasions during this period, Iurincic was behind viral memes that would likely have been merch successes.

In 2017 ,when Randy Orton caused an online wrestling civil war by sharing a meme about the overuse of dives and the like in current pro wrestling, a line was drawn in the sand. The origin of the original text however was a text authored by Iurincic that he sent to his coach and mentor Rip Rogers — who then forwarded it to Orton.

In the same year, Iurincic also had a strong performance on The Price is Right, and it went viral with bids of “666” and “420” winning both a car and cash.

Personally and professionally, life was tumultuous for Iurincic during this time period, meaning he was unable to capitalize on either opportunity to monetize the viral moments he was a part of creating. 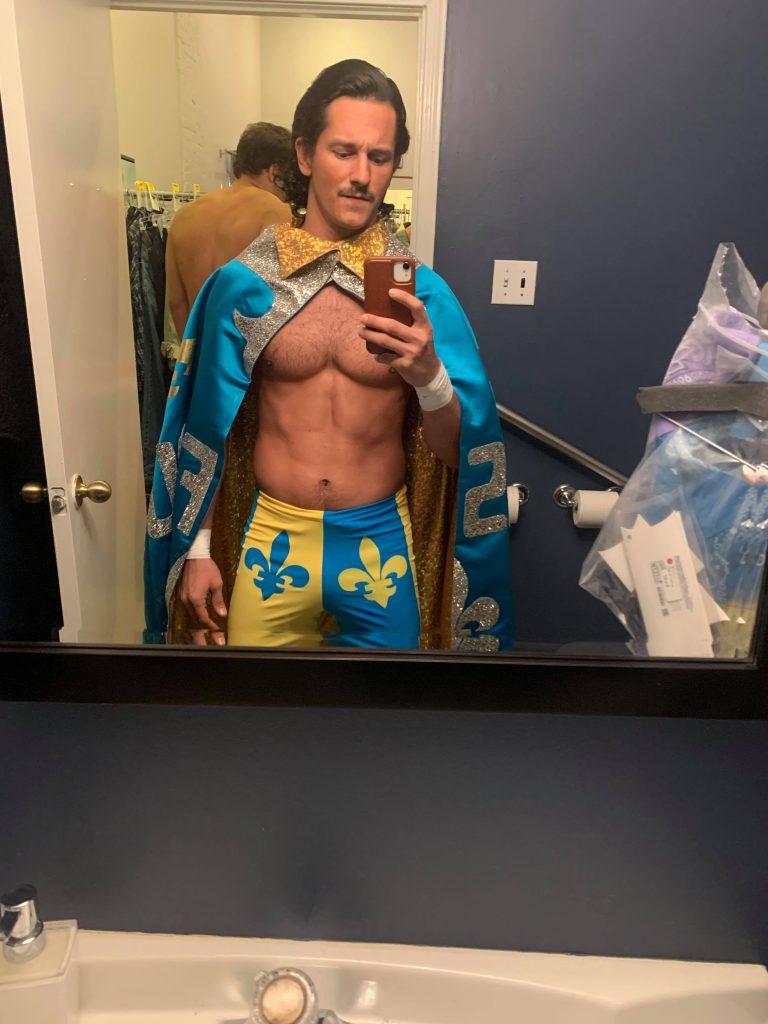 Daniel Iurincic on set at Dark Side of the Ring as Jacques Rougeau Jr.

For the duration of the pandemic lockdowns, Iurincic has been at home in Ontario. After a “CERB Summer Vacation” (a reference to the Canadian assistance program for those who lost work due the pandemic), he has started his own “Han-D-Man” business and says the time has been an “amazing” positive period of “reflection” that has also allowed him to pursue acting (that is him as Jacques Rougeau Jr. in the Dark Side of the Ring episode on Dynamite Kid).

He plans to return to California as soon as it’s allowed to again wrestle and produce events/TV. This time he is fully prepared with an assortment of pins, beanies and more to set up at his gimmick table. 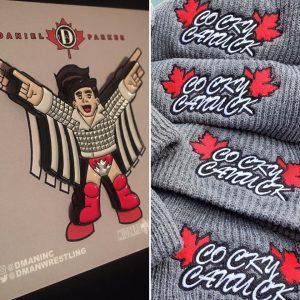