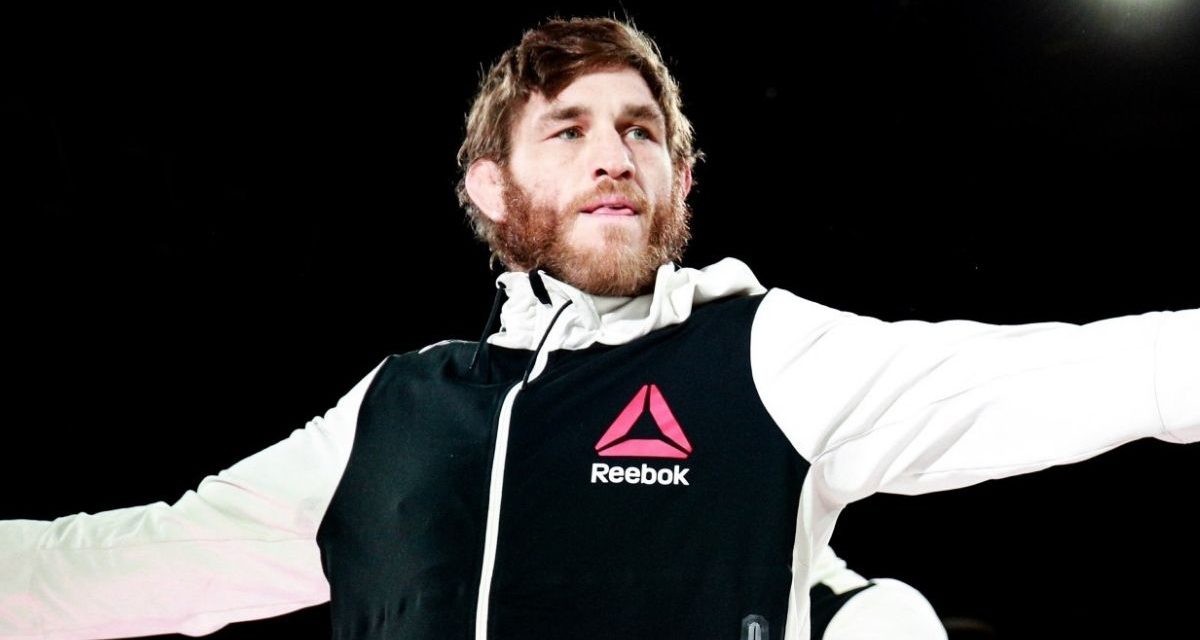 If you have a lot of momentum going into anything, be it sports, a job, or anything, it’s hard when that momentum halts midway through. Getting that same momentum back is equally hard. This is true of, well… everyone coming out of, or still in, COVID times. Of course, if you are “Filthy” Tom Lawlor, you just roll with the punches, and go forward from there. The former UFC/MMA fighter, and current mainstay of Major League Wrestling, seems to have weathered the storm better than most.

To rewind the clocks back a year, MLW was finishing a program in Mexico with AAA. What was his take during that time before the news of COVID hit? “It was kind of like the initial stages of the pandemic, and Dominic Guarini and I had that match in Mexico, against [Extreme] Tiger and Puma King. They were starting to shut down the border. They were starting to have a lot of restrictions, and this was right at the time that we are scheduled to go into Tijuana for wrestle.”

But, to the 5-foot-10, 205 -pound Lawlor, this presented a unique challenge. “We were flat-out told, like, because of the way things are happening, we understand if there’s some trepidation about going down to Mexico and also be kind of left it up to the competitors,” he said. “Of course, I’m not going to back away from a Fight Club.  I figured this is an experience that not everybody gets to have. I’m on this planet to get as many stories as I can. So going down to Mexico and being faced with possibility of having some troubles returning or having some chaos going on down there. Because how much uncertainty there was I was all about it.”

During that time, he and Guarini were able to take care of Extreme Tiger and Puma King via submission, and there were other plans that were in the works. “The Von Erichs held the [MLW] tag team titles,” Lawlor recalled, “and the goal for Dom and I was to take that off of them, and lo and behold that ended up being, you know, dead. [That was the] last opportunity that we had to team up and be together for a good portion of time, like six months.”

So how did Lawlor stay focused while everyone was quarantined?  “I have been back and forth between pro wrestling and mixed martial arts,” he explained. “When you’re fighting MMA, you don’t fight every weekend. You fight once every few months, once a year, twice a year, or three times a year. So throughout the years [I] have become more accustomed to that lifestyle. If I add all the years I was fighting, it wasn’t that tough for me. I mean, I used to be in the gym, training for months and getting ready for a competition. So it was kind of like a throwback at that time.”

Plus, training wasn’t that difficult for the Las Vegas, Nevada, resident. “I live in a state in which, luckily, there’s a ton of fighters and there’s certain provisions for professional [fighters] to be able to, train and compete, under certain guidelines that were in place through the pandemic,” Lawlor said.  “And I don’t feel like I really missed much of a step.”

To Lawlor’s point, the time away from in-ring competition was beneficial.  “I think I actually was able to raise my stock and raise my profile during that time, and actually improve in the ring and get better [at] professional wrestling.”

On June 17, 2021, Tom Lawlor beat Jordan Young in a Professional Fighters League bout, and then retired.

When MLW resumed tapings in Orlando, Florida, you could tell that Lawlor had more to add, not only winning the MLW 2020 Opera Cup from Low Ki in a very physical fight, to adding new members of “Team Filthy” like Kevin Ku, and founding… Filthy Island.

If you haven’t seen the “Filthy Island” episode from MLW Fusion, you should check it out here. But how did the idea of “Filthy Island” come to pass? “If you go back and follow the time line, I guess there’s no real mystery that it comes from the UFC having their own fight island. These things have been talked about in martial arts and wrestling for years, ad nauseam.”

So Filthy Island was done as a tongue-in-cheek response to Dana White’s vision. “I’m sure there’s no love lost between myself and the UFC,” Lawlor admitted, “and I was happy to kind of steal their idea a little bit and improve upon in many ways.”

Since Lawlor has never been one to shy from controversy, what were the responses to “Filthy Island”, once it aired? “It ran the gamut, you know? There’s some wrestling purists [that] hated it, they were disgusted. They thought it was a joke. But, if you watch MLW, follow the story lines, and you pay attention to my promos … this is completely in line with the character.” 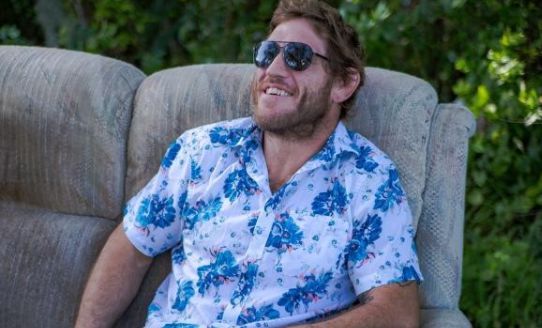 Filthy Island has shown a whole other side of Tom Lawlor. MLW photo

Since Lawlor had a lot of input with this episode, he says it’s one of his favorites. “It’s one of the one of the shows that I’ve watched it a few times,” Lawlor said proudly. “It’s bizarre, but I’m a fan of serious wrestling and the flip side, you know, comedy recipe? Those are my two favorite pro wrestling genres. So to be able to kind of mix some comedy in there, while also having serious matches, I thought that was one of the cooler things.”

As MLW prepares be in front of a live crowd in Philadelphia, in a sold-out 2300 Arena, what can fans expect to see of the “Filthy One” and “Team Filthy?” From there, Lawlor broke down a historical fact from the annals of MLW, as it relates to the upcoming Battle Riot on July 10th. “You are currently speaking to the first-ever Battle Riot Champion, so that, of course, is something that’s in the back of my mind,” Lawlor said. “I would love for Team Filthy to bring another Battle Riot championship, whether that’s me, whether that’s Dom, whether that’s Kevin, whether that’s a new fighter, it doesn’t really matter to me, as long as we have that title drive.”

What about his long-standing feud with The Von Erichs, Marshall and Ross? Lawlor took a little glee in the Von Erichs’ misfortune at his hands. “You know, Ross, had a steel chair to the face about 18 months ago. And Marshall? I destroyed his leg in the match that we had,” said Lawlor. “These guys like to pride themselves on being good ol’ Texas boys, but they don’t even live in Texas, right? They live in Hawaii, but on schedule in September, lo and behold, MLW has a return to Dallas scheduled.”

Lawlor made this prediction for that September 11th MLW show at the NYTEX Sports Centre, in Dallas/Ft. Worth. “I’m going to say right now that I expect that to be the retirement ceremony. I’m going to send them out in the home they wish they lived in and they hate to say it, but they’ll be with everybody else from World Class [Championship Wrestling], and they’ll be a memory left in Texas.”

What a Filthy thing to say.