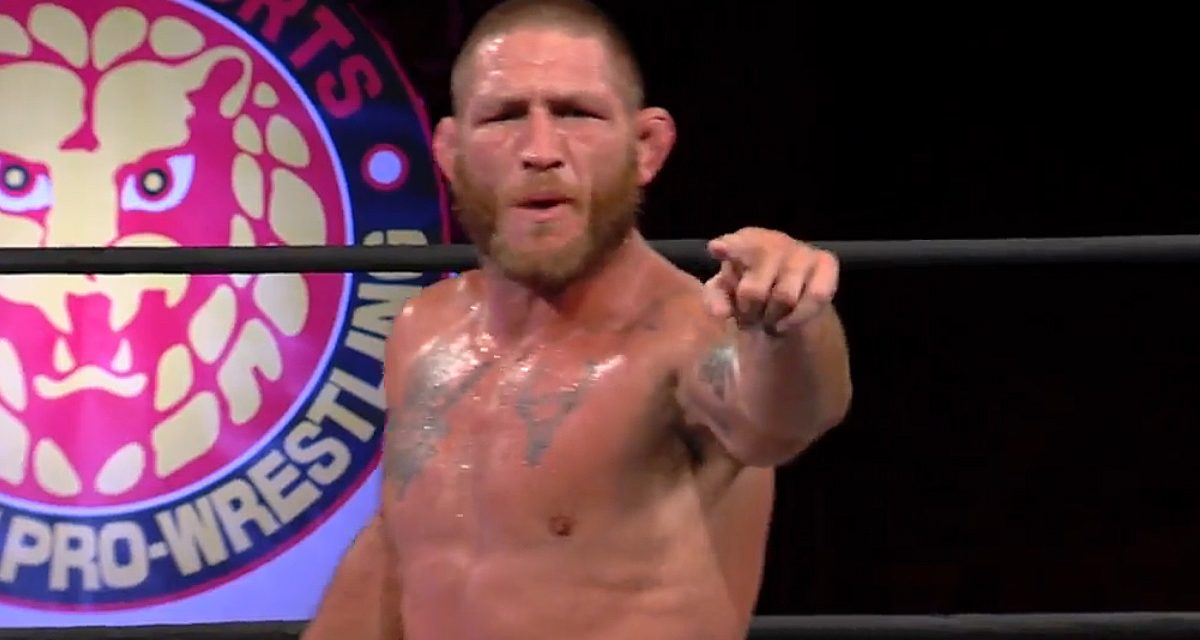 “Filthy” Tom Lawlor is one tough son-of-a-gun. He is a legitimate, multi-sport athlete, who has brawled with some of the best in the UFC. He is an in-ring leader in the growing promotion known as Major League Wrestling, a place that he sees growing around him as he grows as a professional wrestler himself.

Lawlor fights out of Jungle MMA located in Orlando, Florida. While being 205 pounds, he wrestles with serious heavyweights in MLW and is a former MLW Heavyweight Champion. He has his eye on the prize and has a flare for the gold, which is evident as he stated early on in the media conference call last week that “being at the top of the card in MLW is great, but I’m at the top of the card. I’m not the champion. People calling me out is going to divert my attention from what I want, and that’s the championship. They’re using my credentials to elevate themselves [including Timothy Thatcher] in the MLW. I should be the champion right now.”

A shadow of the MLW Heavyweight championship lingers within the mind and psyche of Lawlor. He is haunted by his loss of the belt, but is on the hunt for it. He has made it clear that he is a man on a mission as he declared, “There’s only room for one person at the top of the game, and it’s going to be me.”

Coaches who have been a part of Lawlor’s life for 20 years will be in attendance as MLW makes its pay-per-view debut on November 2, with MLW: Saturday Night SuperFight in Chicago. Their influence and teachings have been instilled within his fighting spirit. “Being able to do mat wrestling, submissions, hard strikes to present a realistic, hard style of wrestling really appeals to me at my heart the most.” Lawlor takes on catch-wrestler Timothy Thatcher on the PPV. 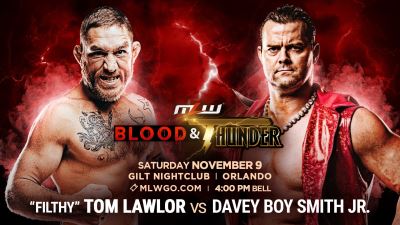 MLW as a good setting for Lawlor as he brings pure hybrid wrestling to the table.

At the MLW Blood and Thunder TV taping in Orlando, on Saturday, November 9, Lawlor is set to match-up with Davey Boy Smith Jr. in what should be a classic showdown of two highly conditioned and trained professional wrestlers. Both Lawlor and Smith Jr. have trained in a variety of disciplines which include catch wrestling, mixed martial arts, forms of striking and professional wrestling.

Lawlor stated that a win over Davey Boy Smith Jr. “is a battle that the fans and the people in the back are looking forward to. I respect Davey Boy, and what he’s done in the past. I’m sure he’ll be a force to be reckoned with in the future. I’ve wrestled with guys that are bigger than him.” Being smaller doesn’t stop Lawlor from competing against heavier opponents.

The booking of this match makes a lot of sense as their rivalry is both centered on becoming a contender for the MLW championship and their well-matched skill sets. Lawlor thinks that, “Davey Boy can match me submission-wise. He might not have the speed, striking wise, but he sure as hell can lay one in and knock anyone out, striking wise. At MLW Blood and Thunder that’s what it’s going to be: a fire-fight.

While being a name that people may recognize, Lawlor doesn’t see himself as a locker-room leader. “I’m not out there to motivate other people. I’m out there to do a job. I bust my ass and have done it hard for 20 past years.”

He stated that he would consider returning to mixed martial arts, but was unhappy with his official ranking. Lawlor blamed a specific member of the media for not cracking into the Top 15 light-heavyweight fighters. While being a notable personality on the eighth season of The Ultimate Fighter, Lawlor was able to grab the attention of the television watching audience using true grit, to pick up his first professional UFC win over Kyle Kingsbury. He later took on notable fighters such as Patrick Cote and former UFC Middleweight champion Chris Weidman

“There are many people who fail along the way. But luckily for myself I was able to make a little bit of a name based on my fighting skills and personality to get some opportunities that some people wouldn’t have.”

He has his friends in the business, which include the sons of the legendary Von Erichs, with Ross and Marshall Von Erich, the sons of Kevin, competing in MLW. He also has his enemies which include the sensational and incredibly agile, martial artist known as Low-Ki. Lawlor said that Low-Ki “brings out a different animal, a different level of intensity.” Their rivalry has been militaristic, and a competitive feud that leaves the audience watching the results of nuclear intensity. This is no drill or test but rather all out war.

And Lawlor certainly welcomes the fight.