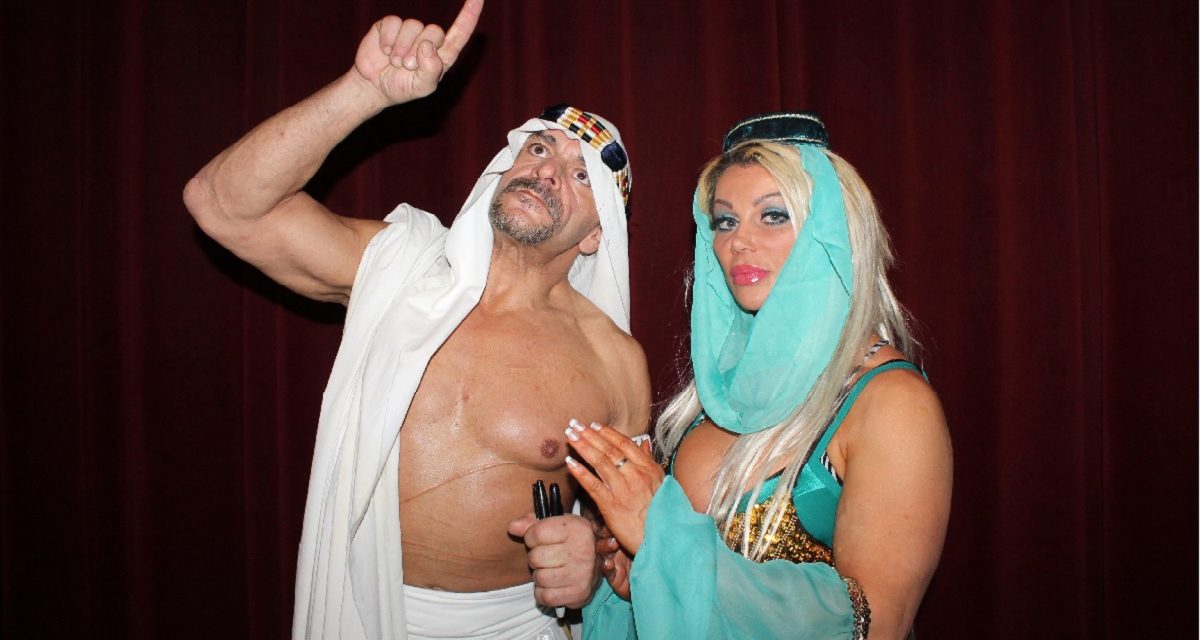 “Super Genie” Melissa Coates, former wrestler, bodybuilder, and most-recently known as the manager and valet of Sabu, has passed away, just days after her 50th birthday.

Born in Thunder Bay, Ontario on June 18, 1971, Coates was a life-long athlete, taking up tennis in her teens before gravitating to bodybuilding.

In an 2007 interview with Larry Goodman for GeorgiaWrestlingHistory.com, Coates noted that it was a hero of hers that inspired her to build a more muscular physique to help her in competitive tennis.

“I played a lot of sports when I was younger. I really loved tennis. At the time, the person I looked up to most was Martina Navratilova, because of her muscular build. So I actually started using weights to train for tennis. I developed really easily, and it kind of went from there.”

Despite winning the Canadian Junior Girl’s tennis championship in 1985, she found herself gravitating towards bodybuilding, which she started in earnest after earning a degree in Biology.

“I like the unconventional things in life,” she explained to Goodman, “so I chose an unconventional path doing women’s bodybuilding. It’s the kind of person I am. I like things that are different. I guess I like to push the envelope a little bit, or do things people don’t typically consider ‘girly.’ People wouldn’t normally consider bodybuilding girly. I guess they never will.”

Between 1991 and 1994, Coates won several championships on the Canadian bodybuilding circuit, including the 1994 Canadian Championship, before moving on to more international platforms, including a Top 10 finish in the 1996 Ms. Olympia Competition.

(Melissa Coates from her bodybuilding days)

Her popularity exploding, Coates moved to the hotbed of the circuit, Los Angeles, and was soon featured in many bodybuilding and fitness magazines and videos.

In a 2010 interview with SlamWrestling.net producer Greg Oliver, Coates reminisced about some of those shoots.

A wrestling fan since her teen years. “I loved I loved watching Hulk. I was also a fan of Bret Hart and Shawn Michaels. I loved it,” she told Eddie Chau of the Simcoe Reformer in 2013. Coates found herself wanting to try out that world, and being in the States allowed her to train in different schools.

“When I was bodybuilding,” she told Goodman, “I was watching WWE. I loved the Attitude Era. Bodybuilding doesn’t require a huge amount of athleticism, and I was just starting to get bored with it. I was missing being athletic.”

She began her training at Killer Kowalski’s school, and then went to Ultimate Pro Wrestling (UPW). In 1999, she met some recruiters from WWE, but visa issues prevented her from pursuing anything too ardently at that time.

She did ultimately get to WWE’s developmental territories a few years later, after spending some time on the independent scene, and even doing some shows for the Naked Women’s Wrestling League.

In a heretofore-unpublished e-mail chat with SlamWrestling.net in late 2020, Coates was forthright about her dislike for that promotion, calling it “the worst experience ever.”

She eventually did join WWE’s developmental roster, spending time in both Ohio Valley Wrestling for a few years – with some time off to participate on the show Extreme Dodgeball.

“It was a fantastic opportunity,” she told Goodman about the experience. “We did a lot of matches in front of crowds, which gives the wrestlers a chance to fine tune their performances. OVW made me realize how tough you have to be to make it in the wrestling business. It’s a tough business with tough people.”

From OVW, Coates moved to Deep South Wrestling where she took on a Bag Lady persona, which she partially based on her own personal life.

“The back story was loosely based off myself – an A-lister, well off, famous fitness model who gets ripped off by her manager and ends up on the street. A lot at Deep South said they were glad they didn’t have to do the character. I loved it,” she shared with Goodman.

During her time in developmental, Coates even got to appear on the 2005 Backlash PPV event, where she participated (in a losing effort) in Chris Masters’ Masterlock Challenge.

In the same aforementioned unpublished chat, Coates revealed that a potential WWE career was undermined at that time by an unnamed person within the company that tried to coerce her sexually, and who used his position to get her fired when she refused his advances.

The messages below, which were taken from that chat, are unedited:

This guy wanted me for a sex slave and told me I’d need to do this and this for him to allow me to work with him.  It was seriously disgusting stuff. And I said no. Then got promptly buried by this guy at WWE, like crazy lies he made up just to get me removed forever feom (sic) the possibility of having a job in the same company as him

I would have had a good story for #speakingout. But I wasn’t sure bout it. This guy never got used in any kind of tv promotion like impact anyway. By the end of his 4 year contract with WWE they realized how nasty he was and let him go

But the damage had already been done to my life

Over the next few years, Coates would go on to wrestle in various other promotions, including NWA and Women Superstars Uncensored. In 2014, she began managing Sabu, taking on the “Super Genie” persona.

Though Sabu was best-known for his violent hardcore style, during those years, Coates said they made a concerted effort to change his image, and become more family- and kid-friendly. 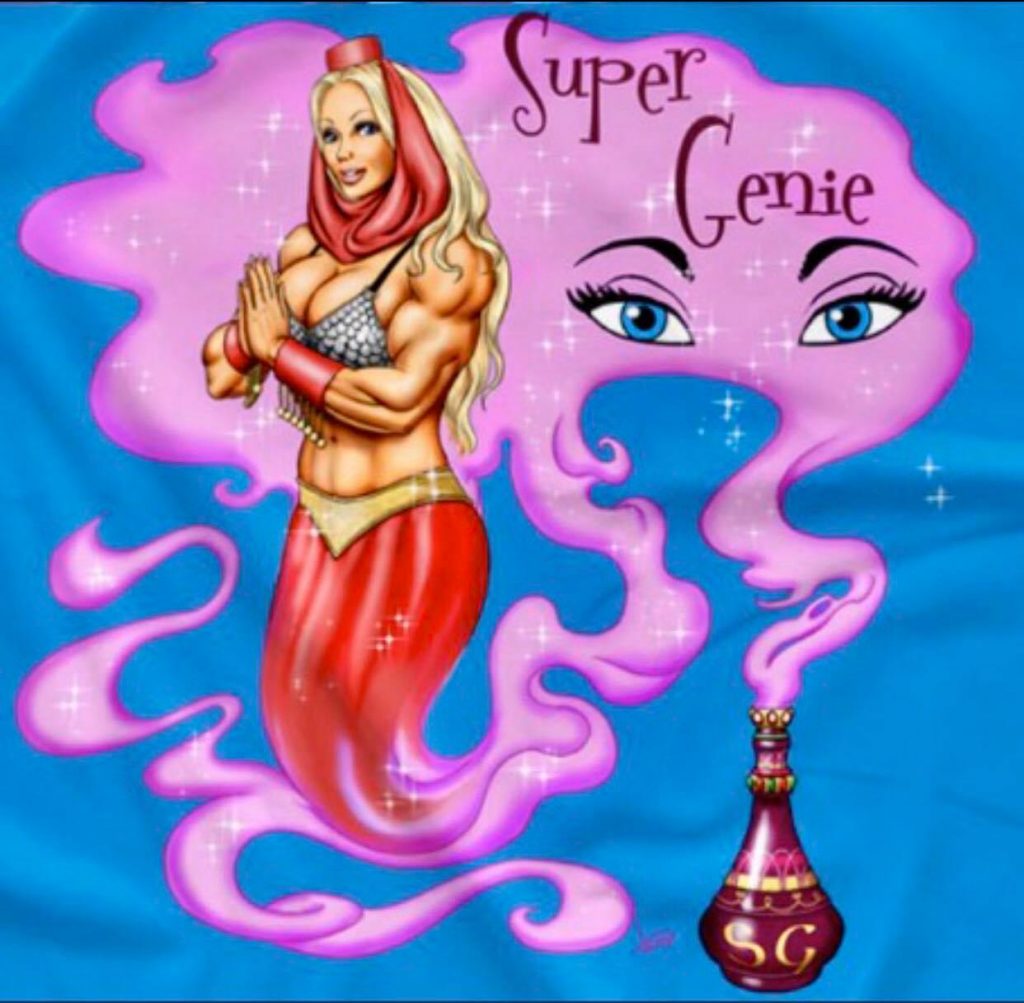 “Super Genie helps me in and out of the ring. With all the foul and filth to come out of XPW, the one good thing I took from there was Melissa. She handles everything for me now. She does my booking, merchandise, and even my day-to-day stuff. She deserves more recognition and respect than words can ever give her.”

In late 2020, Coates suffered life-threatening blood clots in her left leg, requiring amputation of the limb. A GoFundMe campaign was set up to help pay the significant costs of the surgery.

In these messages from the unpublished chat, she shared what she was planning before the surgery, as well as how those plans would need to change as a result.

“My plan was to move to California, and get back into streamlined, lean, hard, tanned, glamourous ‘Fitness’ shape, so I could get promoted in the magazines gain. From there, I wanted to promote weight-lifting for anti-aging and wellness, which I’ve studied the past several years. Now I need to figure something else.” 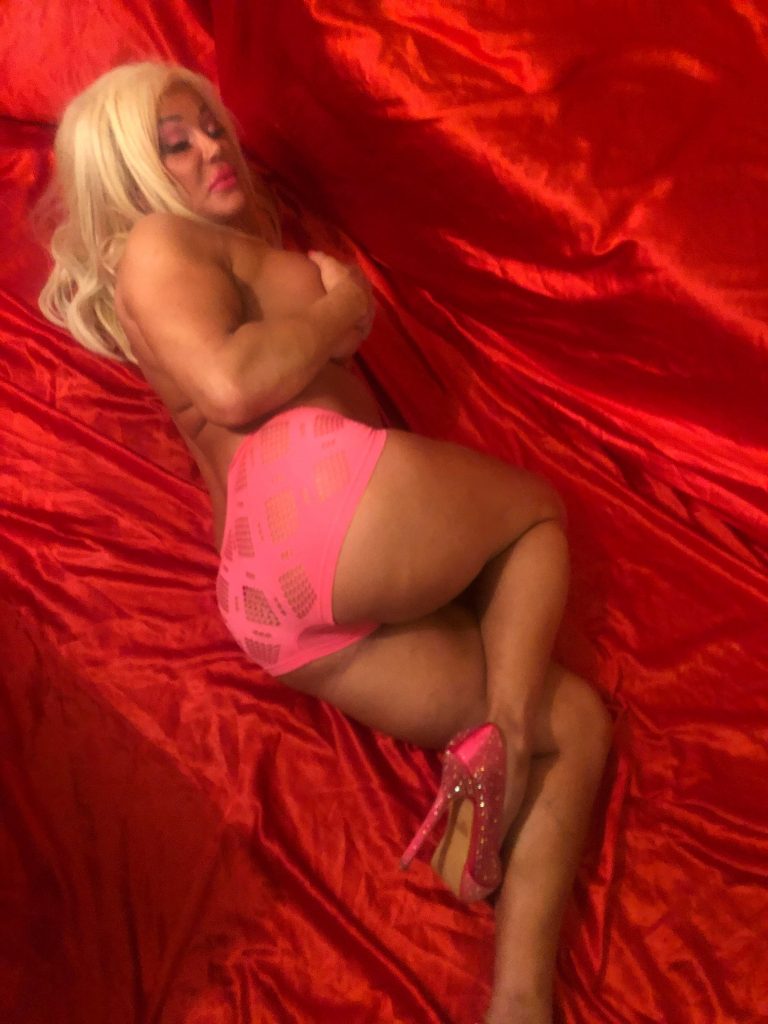 Photo and caption courtesy of Melissa Coates: One of my last photos with two legs ;(

“(There is) lots of money to be made off custom (photo and video shoots). I’m still in shape – I still have a 6-pack. But without my left leg – and I used to get a lot of compliments on my legs – I don’t know if doing custom wrestling matches, especially ones in (skimpy) clothes is feasible. I really don’t know how people will respond. I think some people won’t care. They’ll see that every sort of condition is celebrated rather than considered something embarrassing to hide. I really don’t know.”

As of press time, cause of death has not been disclosed.