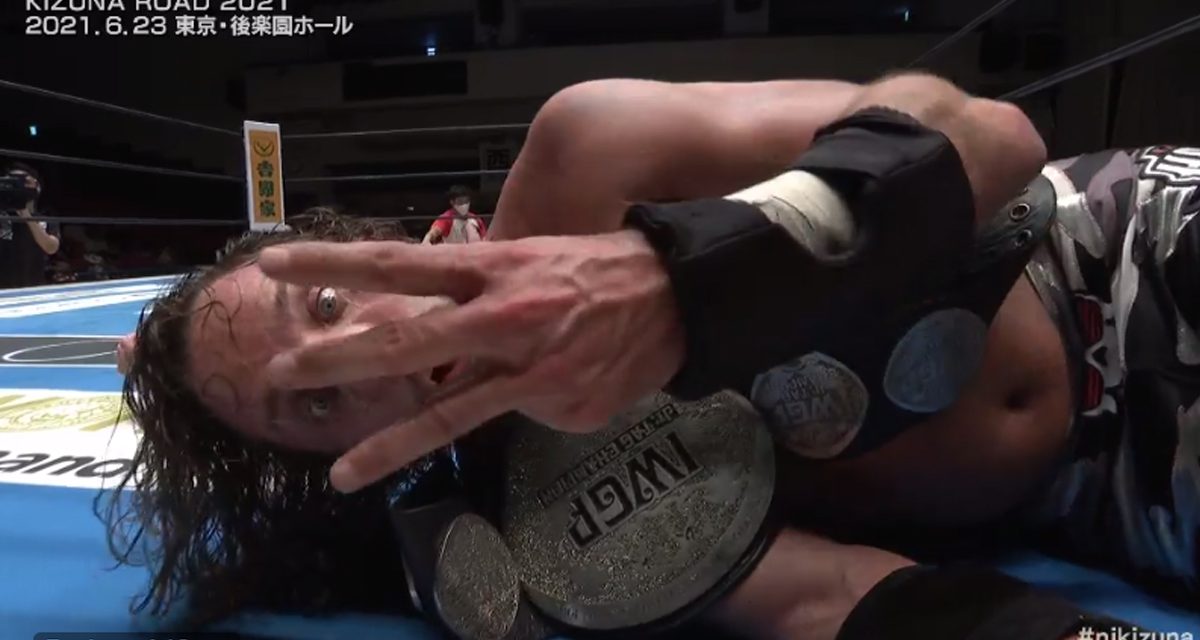 3K has Bullet Club on the ropes early into the match with Sho giving Yoh a boost so he could elbow Phantasmo off the apron to the floor. Ishimori smartly bowed out of the ring as Phantasmo regrouped. Sho followed Ishimori only for him to roll in and back out of the ring.

Back inside, Phantasmo held Sho’s arm so that Ishimori can stomp on it from the top rope. Ishimori bashed Sho’s arm into the steel barricade as they go out onto the floor again. Phatasmo tagged in targeting the injured arm. Sho finally tagged in Yoh who just knocked Phantasmo silly three times in a row.

Bullet Club got another one over on 3K as Phantasmo pulled Yoh off the apron. Yoh fell to the floor hitting the apron on the way down. Ouch! Yoh instead of Sho is in trouble now. Yoh tries to tag out but Phantasmo knocks Sho off the apron. Phantasmo hangs Yoh in the Tree of Woe laying in some kicks. Ishimori leaps onto the ropes stomping on Yoh’s crotch. Phantasmo runs over and does the same thing.

It takes literally forever for Yoh to hot tag Sho. Sho rallies against both men spearing Phantasmo through the mat…well almost. He then labels Ishimori with some lethal kicks. Roppongi 3K locks in simultaneous submission holds. Bullet Club fights their way out forcing 3K into the same situation minutes later.

Bullet Club gets their wires crossed. Phantasmo splashes Ishimori by mistake. Ishimori takes a 3K. Phantasmo is next to be double-teamed with a spike Shock Arrow. Ishimori makes the save as the official is about to slap three. 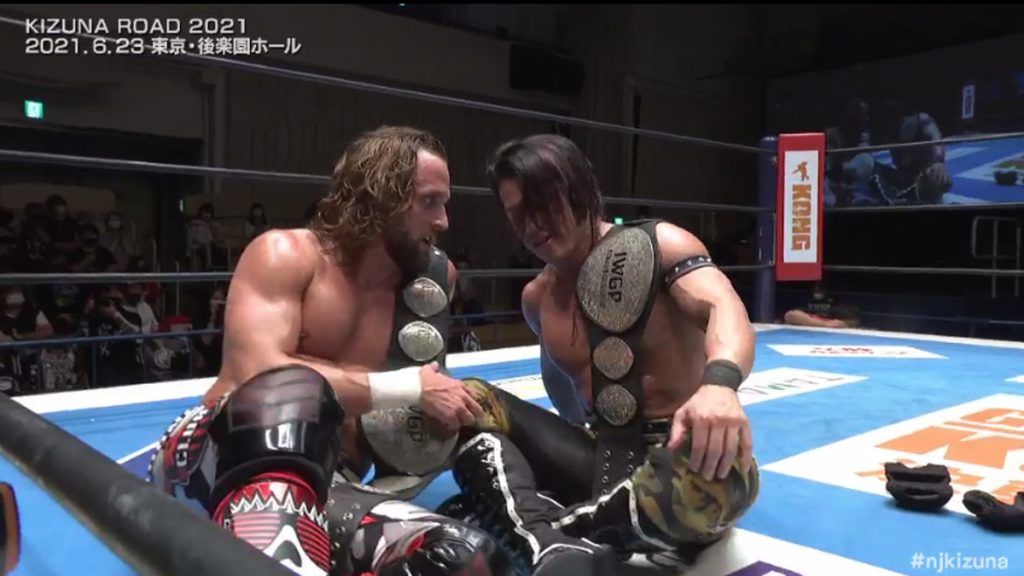 Phantasmo avoids disaster by stomping on Yoh’s foot. He pins Yoh with a Sudden Death super kick out of nowhere.

“I told you every single time that we have a game plan. All you dumb marks think I am dumb but I have the greatest IQ in the Junior Heavyweight division. I hit Sudden Death in front of you all,” said Phantasmo claiming the crowd forgot about his devastating move.

A powerslam and a Boston Crab ends Tsuji’s night.

Like Khan in the previous match, Ibushi makes Uemura submit.

Things get ugly between Nagata and Ishii. Everything breaks down with Kojima and Tenzan double-teaming Hashi. Okada tags in to take on Makabe and things settle down. Frustration gets to both teams. Surprisingly, some members of these face teams start fighting on the floor. Nagata and Ishii reignite their rivalry later with both men pounding the living crap out of each other. Ishii drives Honma to the mat with his brainbuster for the Chaos win. There are some icy stares at the end of the match. Okada tries to break things up as Hashi, Goto and Ishii thrown down with Nagata, Kojima and Tenzan. I guess we have our next challengers for the NEVER Openweight tag belts held by Chaos.

Taichi arrives with a cardboard in hand. It was Naito’s 39th birthday, yesterday. Hiromu Takahashi is on commentary. Naito invites him to the ring and tells him to hurry up. Takahashi has some small fireworks or paper popper things and lets them off to celebrate the birthday boy. 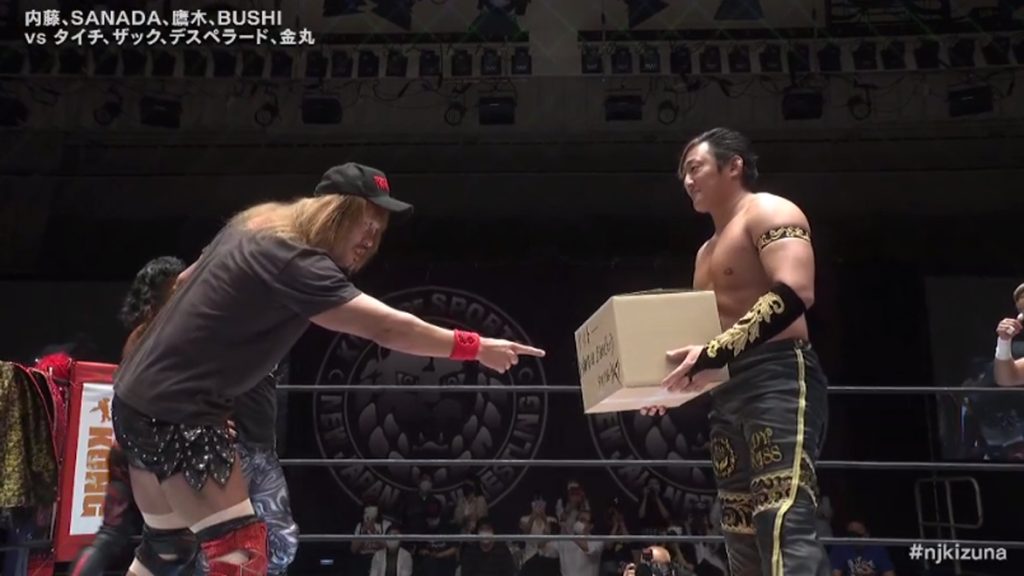 Taichi rushes over kicking Takahashi of the apron. Takahashi falls on the floor hard. Naito uses one of the poppers to wake Takahashi up.

Taichi invites Naito to open the box, gift. Naito is wary and backs away from it. Naito finally bows to Taichi taking the present. Naito smashes the box over Taichi’s head. The official takes the box away as everyone attacks everyone.

Bushi eats yet another pin for Los Ingobernables de Japon as El Desperado puts him away. Taichi locks Naito in a submission hold and Zach does the same to Sanada. Naito’s present is an empty box in the end. Wah. Wah. Waaaah.