Mat Matters: A message on Chyna for the kids 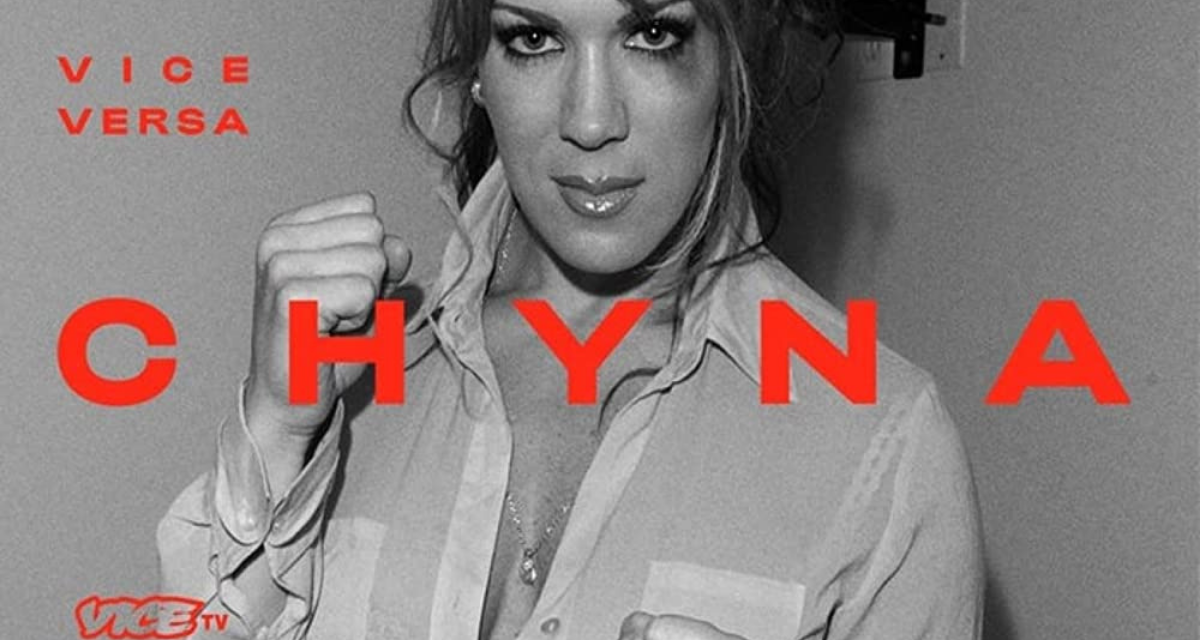 Funny how certain wrestlers like Chyna resonate after all these years, and how complex a human she was while she was on this planet.  I had forgotten some things that the recent VICE Versa: Chyna shed some light, but the one part that sticks with me is how, during a guest spot on the February 2nd, 2015 episode of the Stone Cold Podcast with “Stone Cold” Steve Austin that the Chief Operations Officer, Paul “Triple H” Levesque said this on why Chyna had yet to be inducted in the Hall of Fame:

“It’s a bit difficult, though, and this is the flip side of the coin that nobody looks at.  You have a… I’ve got an 8-year-old kid. My 8-year-old kid sees the [WWE] Hall of Fame, and my 8-year-old kid goes on the Internet to look at… ‘Oh, this is Chyna, I’ve never heard of her, I’m 8-years-old, I’ve never heard of that.’ So I go type it in, I go punch it up, and what comes up? And I’m not criticizing anybody, I’m not criticizing lifestyle choices; everybody has their reasons.”

Six years later and it’s fascinating to me how the stench from that excuse still stings the nostrils, let alone my sensibilities. Granted, a lot has changed in that time and Chyna is part of the WWE Hall of Fame in 2019, albeit as part of the “D-Generation-X” stable, but as throwing people under the bus is concerned … Triple H is worried about what kids will find on the Internet about Chyna’s Adult film career, let alone his kids?!  Well, then, like always, it looks like I need to speak to the children and tell them what’s up and who better to tell kids right from wrong than The Lucid Luchador; a man without kids but a love for libations galore.

So, in the off chance Trips and Steph’s kids are reading this (because God forbid parents teach youngsters about the troubles on the Internet), this message is for them.

Hey there, you Levesque-McMahon kiddies! It’s your Uncle Milagro here. Now, you probably decided to stumble down the rabbit hole to figure out why your dad is the way he is and what the hell his fascination is with those oldies he listens to like Motörhead and Metallica in the gym.

We’ll get to his music choices in a minute but I’m betting you stumbled on a woman your dad was with before your mom, right? I’m betting you tried to get answers about who Joanie “Chyna” Laurer is, and I’m going to bet your mom either avoided the subject or just outright said that was the end of the discussion. And your grandparents weren’t no help either, huh? Your Grandpa Vince may have twitched at the name “Chyna” but don’t worry, he’s not having a stroke.

No, kiddos, the fact is your folks are squirrelly around Chyna is because, once upon a time, she was your dad’s girlfriend and they were quite the item. Now, if you’re like me, you’re probably squeamish to hear some details like that about your folks but best you know about it sooner than later. I bet you saw some of those folks and saw how happy they were, right? They probably were, for all I know but, here’s the thing you need to know. To quote Raphael Saadiq, “Falling in love can be easy but staying in love is too tricky.” 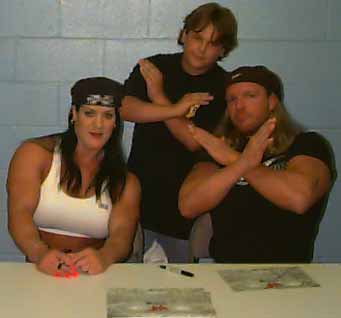 Chyna and Triple H with a fan in August 1998. Photo by Greg Oliver

Enter your mom, Stephanie. Now, you probably heard that your folks started becoming chummier after they became part of a wrestling angle that blossomed into a real romance. I bet that was nauseating enough during the family brunches on Sundays. But what they probably haven’t told you (and for whatever reason, I can’t understand), your dad, Triple H, was still in a relationship with Chyna while this was going on and Chyna had to discover all this by finding a love letter your mom penned to your dad. As for her being released from the WWE, despite what your grandpa said… well, I get the feeling you’re starting to fill in some gaps in their story by now.

I once talked about this in a review of the  documentary of Chyna and you’ve probably have seen that Chyna did not handle the breakup with your dad well. To be honest, your dad didn’t do her any favors, either. Was what he did bad, though? If you ask me, on a scale of terrible reasons couples break up, it’s not “having–sex-with-a-stripper-that-looks-like-my-girlfriend-on-our-couch” bad, but it definitely was tactless how everyone handled it. But that’s the thing, kids; everyone’s relationships are messy when they end, especially your dad. Doesn’t mean they don’t love you any less; but they do what parents do with this kind of knowledge, and try to shelter you from knowing too much of the truth — especially if the truth is inconvenient or embarrassing.

Don’t believe me? Just wander to Massachusetts during the Kennedy family gatherings and ask how Marilyn Monroe was around JFK and just watch some family member or another get a funny look like you mentioned Nixon was the better president.

But those are games you can play later between here and Stamford on your own time. The thing is, kids, having Chyna in the WWE Hall of Fame will serve to remind everyone not only of her huge accomplishments in the ring and her highlights, including the only woman to hold the WWE Intercontinental title but also the shame your folks (but especially your dad, Triple H) feel as to what happened to Chyna later in the aftermath.

Oh, and if you think her “adult movie” career is what held her back? Consider Tammy “Sunny” Sytch, who had done things similar to Chyna, but she is is the Hall of Fame.  Still don’t believe me?  Ask your dad about some of the questionable things  the guys in “D-Generation-X” did during their heyday, if you haven’t stumbled across those tidbits of rumor from an archaic form called “dirt sheets” (oh, and while I’m on the topic, you kids may want to keep a little distance from uncle X-Pac, okay?). Some of the very wrestlers in the WWE Hall of Fame have checkered pasts of their own, and before you dive down that dark corner of the ‘Web, go to the Dark Side of the Ring archives, and you’ll see a different side than the biographies that your family’s company has produced all those years.  Go ahead, I’ll wait.

See what I mean?  Better you hear this from me than exploring something truly icky (I almost forgot.  Definitely do not do a search on uncle X-Pac and a tape he did with Chyna.  It’s just…excuse me while I flush that image outta my brain out with some high-octane mezcal).

But that’s the thing; everyone is human went you get down to it. Flawed humans trying to find solace and stardom in the squared circle.

Chyna was one of them. She deserved better than adult films and reality shows.

Same thing with your folks; they’re human as well, and they probably know somewhere deep down that could have handled things better. But it was a different time, and no one likes to be reminded of the failures of a past relationship. Especially one where your family has been in the spotlight for so long, and had so much controversy surrounding them (ask Grandpa Vince about the steroid trials of the 1990s, and watch the vein get larger on his forehead). Your family did their best, but they can do better.

Chyna should be in the WWE Hall of Fame by herself. While she is honored with the same stablemates as your dad, she did so much more that should be recognized. Your family has come a long way, and if anything, I hope this helps show another side to your folks; as flawed humans who could have done more for their fellow human, and have all the opportunity to do so going forward, especially in honoring Joanie “Chyna” Laurer.

Oh, and before I forget: Your dad’s taste in his music ain’t bad, but you wanna stop listening to Metallica after The Black Album. You’ll thank me later.

Now get off my Internet lawn, ya Triple H kids!!