Behind the Gimmick Table: Schiavone comic book culmination of a long fandom 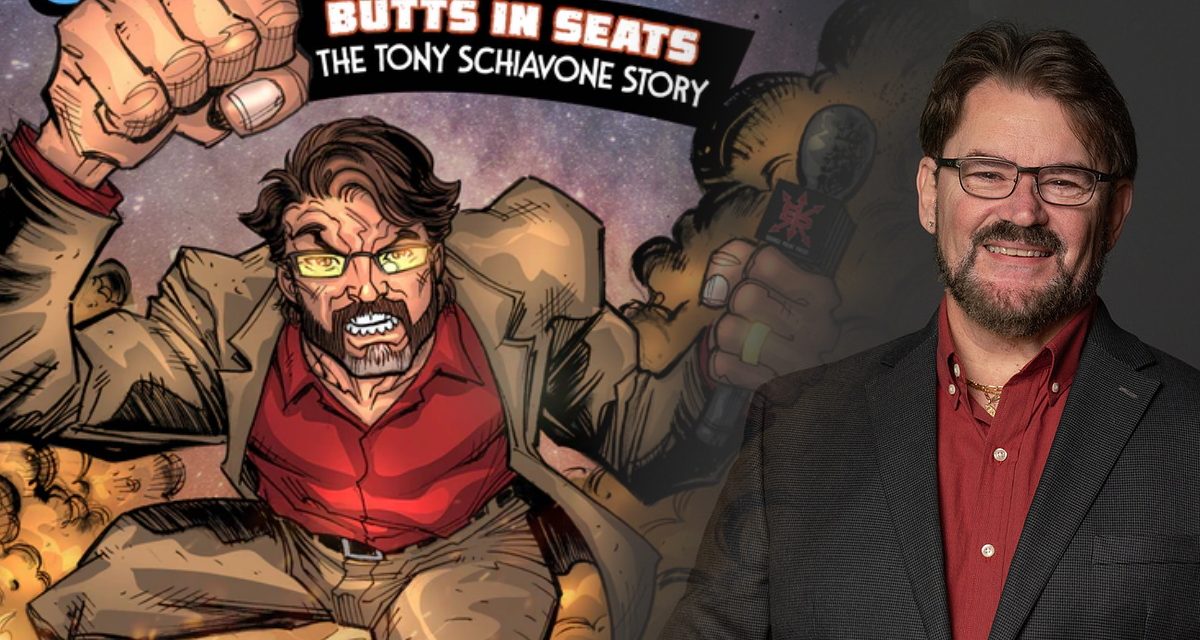 Before AEW commentator Tony Schiavone fell in love with the great sport of pro wrestling, his preferred episodic narrative medium was comic books.

Throughout middle school, Schiavone was swept up in the revolutionary approach to comics provided by the burgeoning Marvel group. The first to capture his attention was the X-Men. He also enjoyed Spider-Man and even the non-superhero title Archie with his pals Betty, Veronica and Jughead.

In 1968, when Schiavone was 11 years of age in his prime comic fandom, Marvel reached a massive national level of popularity selling over 50 million comics a year. 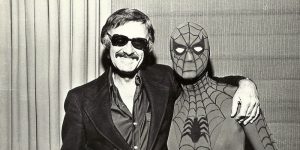 In 1961 Stan Lee set Marvel comics on a path towards unprecedented comic book success by presenting a new take on superheroes.

But upon turning to pro wrestling years later towards the end of high school, Schiavone left his comics behind and entered college. He traded his old comics for his new love of wrestling as it provided a similar experience.

“I was really big into the good versus evil side of things and that’s kind of the underlying basis for all that we do, I think, even though as I moved into pro wrestling as a career, it seemed cheering for the bad guys was kind of cool,” Schiavone told SlamWrestling.net. He also sees this similarity in his other interest of baseball through rivalries between teams and fans.

Schiavone thus swapped reading comics and watching its only small screen adaptation at the time, Batman on TV, for subscriptions to wrestling magazines, catching it on TV and, of course, live in the arena. He absorbed the magic announcer Bob Caudle spun on the Mid-Atlantic Championship Wrestling broadcast.

At James Madison University, Schiavone gained the skills that would serve him so well in the decades to come, doing high school and college sports play-by-play. He moved up through minor league baseball, ended up with the Charlotte O’s of the AA Southern League — owned by the Crockett family. Schiavone added wrestling to his resume with Jim Crockett Promotions and World Championship Wrestling, and fans often forget his brief stint in WWF. He was more than an announcer, but also a producer behind the scenes. 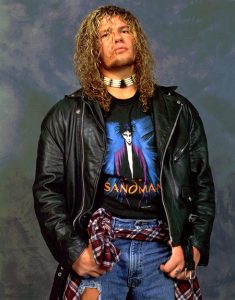 Raven is a big comic fan. He often wore comic shirts to the ring, in this case Neil Gaiman’s Sandman. He even wrote a Spider-Man comic for Marvel.

It was during his second WCW stint that Schiavone would briefly revisit comic books at the behest of a coworker, who was a regular reader. “I got into [Batman] comics really much later,” said Schiavone. “There was a wrestler named Raven that got me into comic books again and I still have some of those Dark Knight comic books: Contagion and No Man’s Land.” Batman thus would become Schiavone’s favorite character.

After the closure of WCW in 2001, when WWE bought the struggling promotion, Schiavone’s career in wrestling ended. During this time he would work as a sports broadcaster and writer, mainly on Atlanta Braves baseball and Georgia Bulldogs football broadcasts. 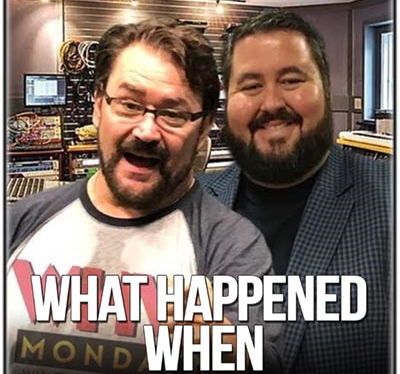 Tony Schiavone and Conrad Thompson of the What Happened When podcast.

It happened in 2017 with Conrad Thompson’s What Happened When podcast. On the show, the two reviewed episodes of WCW Nitro from Schiavone’s tenure, and then expanded to review other wrestling such as WWE and ECW events that Schiavone had never seen.

From there Schiavone was fully swept back into pro wrestling. Major League Wrestling’s Court Bauer convinced the legendary voice back behind the announcing table, and, when All Elite Wrestling launched, given all his connections to the Rhodes family and TNT, Schiavone was a great addition.

And now, once again, Schiavone has crossed paths with comic books. 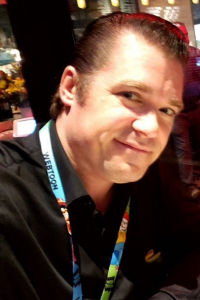 Writer Dirk Manning started writing as an entertainment journalist in the late 1990s and has now been creating comics for 20 years. But his experience with comics is different from Schiavone’s. Manning says he was a heavy metal kid and skateboarder and did not get into comics until his teenage years upon finding them in his local skateshop. Being a “voracious reader,” comics were appealing. “If I could find something cool, there will always be new stuff every month,” Manning said.

Mike Dockins — an attorney who has befriended wrestlers and helped them to trademark their intellectual property (not a common practice in the carnival-rooted business) — proposed the idea of a comic about Schiavone to Manning.

Schiavone and Manning moved forward on the project just as the world shut down due to the COVID-19 pandemic and worked on it through Zoom.

It was a different sort of comic than he was used to, noted Manning, since it is based on actual events from real life as opposed to fiction. 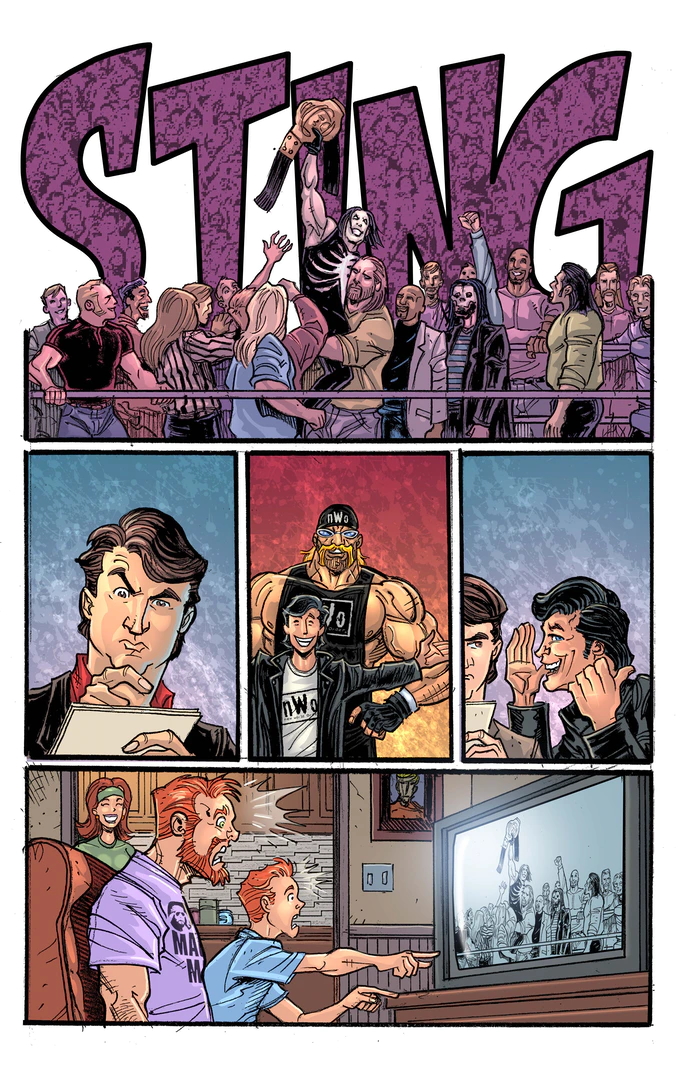 A page from Butts in the Seats: The Tony Schiavone Story Chapter 7: “The End of WCW”. Art by Scott James

With publisher Source Point Press and editor Drena Jo on board, Manning moved forward, drawing inspiration from anthology comics such as Tales From the Crypt. Schiavone’s story was divided into ten chapters with diverse artists that could capture the essence of each tale. One chapter fully embraces the most controversial moment of Schiavone’s career when, while live on WCW Nitro, he was ordered by Eric Bischoff to denigrate the pre-taped WWF World title win of Mick Foley on the opposing Raw — which resulted in thousands flipping to see a fan favorite finally triumph. The book also features stories from Schiavone’s personal life, such as how he met his wife Lois.

The comic is titled Butts in the Seats: The Tony Schiavone Story. The pre-order Kickstarter crowdfunder exceeded its $20,000 goal in a matter of minutes and went on to over $135,000 to become the top crowdfunded wrestling comic of all time when it finally ended. (The book is still available for pre-order on the page.)

Manning says the success was unexpected. “We didn’t plan for it to get this big. I thought by the end of the campaign, we would be scratching and clawing at that $70,000 [stretch] goal.” The campaign blew through its “stretch goals” of bonus content such as additional stories, alternative covers for hitting certain numbers beyond its initial goal early. Manning and crew scrambled to add even more new bonus material.

To Manning, the success of the campaign goes to Schiavone. “Tony bringing in some of the different wrestlers to promote the book really made it go viral… When you see Eddie Kingston or MJF cutting a promo on this comic book, it went viral,” he said.

The wrestlers are excited about the comic, noted Manning. “When we did the signing together at Fanfest, the wrestlers were falling all over themselves to get his autograph.”

But the attention doesn’t sit right with Schiavone.  “I feel very uncomfortable signing something for a wrestler,” he confessed.

Beyond relaying his experiences and fixing minor factual errors, Schiavone left the storytelling of the book to Manning. But one element is something that relates back to Schiavone’s comic book taste and childhood collection which has disappeared from his parents’ home. 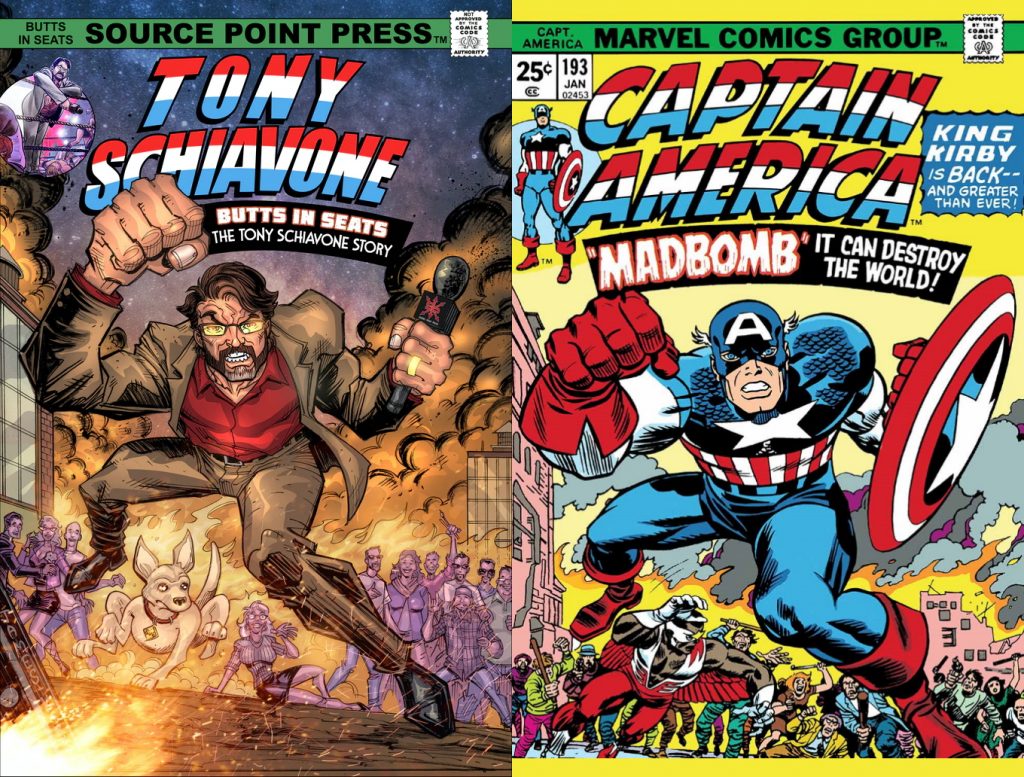 Butts in the Seats: The Tony Schiavone Story alternate cover and its inspiration Captain America #193 from 1976.

As is the current trend for comics, Butts in the Seats features an alternate cover, and Schiavone lobbied for an homage to one of his faves — Captain America issue 193 from 1976. 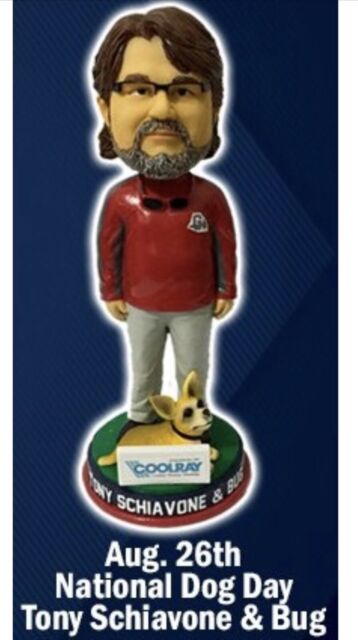 But the comic isn’t Schiavone’s first merch, by any means. He was featured in WCW trading cards and provided his voice for video game commentary. The Gwinnett Braves minor league baseball team also honored Schiavone and his dog Bug with their very own bobblehead doll. It was given away to the first 2,500 fans that attended the Braves baseball game at Coolray Field for National Dog Day, where fans could bring their pets to the game as well. He also has merchandise such as T-shirts, mugs and a poster available through boxofgimmicks.com related to the What Happened When podcast.

True to the playful form he has come to be known for on his podcast, Schiavone joked that his next comic will feature him as a superhero doling out justice to online wrestling trolls along with his dog Bug as a sidekick. 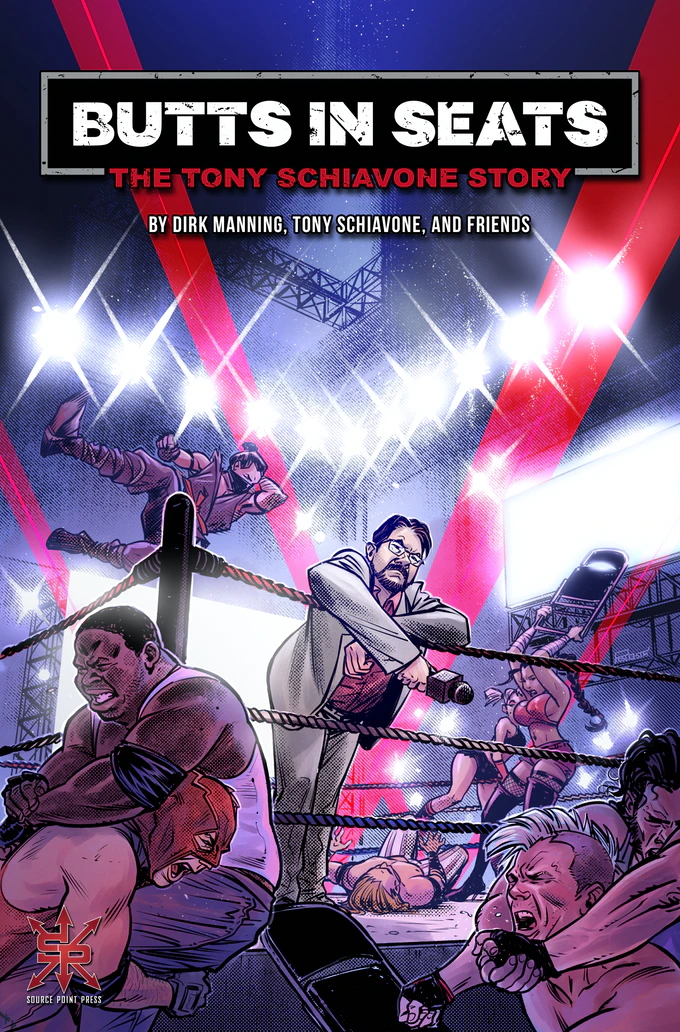