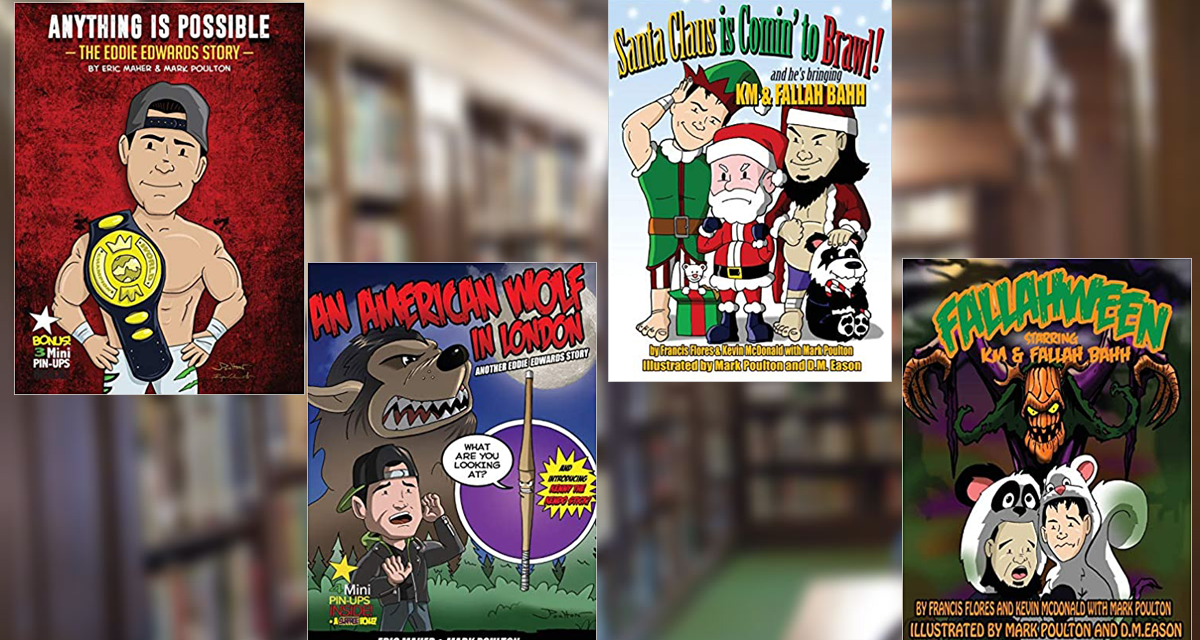 As a Dad and a lifelong wrestling fan, it has long been my dream that my son, Milan, would eventually want to watch wrestling with me. This dream was thwarted in the beginning as Milan’s original nightmare fuel was that, “Hulk Hogan and the Ultimate Oreo are going to eat me!”  That all changed in 2021, when at seven years old, he suddenly took an interest in both hanging out with my wrestler friends and watching RAW and All Elite Wrestling (AEW) before bedtime. So, it’s perfect timing that there are a number of pro wrestling books aimed at younger readers that have just come out. Here are four children’s titles out now from Sevenhorns Publishing, that Milan and I had the chance to read together.

First up: Anything is Possible: The Eddie Edwards Story by Eric Maher & Mark Poulton.

Milan: I really liked this book and loved the artwork! My favorite part was when they showed Eddie with multi-colored hair! He should have kept that, it was cool. I’ve never heard of this wrestler before, but I love that he thinks “anything is possible!” There were a lot of big words though that I needed some help with.

Jason: Huge fan of Eddie Edwards, specifically his Ring of Honor (ROH) tag and singles run. For a kids book, this had a surprising amount of information on Edwards’ career. I had no idea how many looks he went through to get to the American Wolves era look. Solid bedtime read that kept my son and myself engaged. I will agree with Milan though, for someone who is still in grade one, this was a tough read and he needed quite a bit of help on the bigger words. 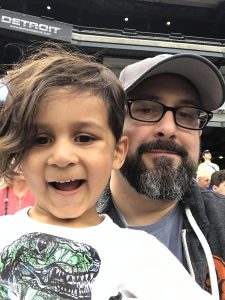 Keeping on the Edwards theme, next up was, An American Wolf in London: Another Eddie Edwards Story, also by Eric Maher & Mark Poulton.

Milan: I thought this one was just OK. I didn’t like it as much as the first book. It was easier to read though. I liked the talking kendo stick. He was funny. But I thought this was another real book about Eddie… then he turned into a werewolf and got silly. Like, too silly. I did really like the art at the end though. Especially the comic book one (drawn by comic artist, Ron Wilson).

Jason:  After the first Edwards book, I wasn’t expecting this to be as far afield from reality as it was. Once I got past that, it was a fun book, but I think I wanted it to have more wrestling stories along the lines of Anything is Possible.

Moving on to two holiday themed books, the first being Santa Claus is Coming to Brawl: And he’s Bringing KM and Fallah Bahh, by Francis Flores & Kevin McDonald with Mark Poulton. Illustrated by Mark Poulton and D.M. Eason.

Milan: I thought this book was really good, but I always like a Christmas book. I did get a little confused when they were tag teaming against the people made of jelly (the Frost Elves), but I just learned what tag teams were so I liked that. I liked the action at the end as that was really fun.

Jason: I really appreciated the brief intro pages at the beginning of the book as I really wasn’t familiar with KM or Fallah Bahh before reading this book. This book did make me go out and research this tag team. The book does a nice job of capturing the comedy aspects of this duo, Bahh in particular. Although, the character art had him quite slimmed down in comparison to his real-life persona. In terms of a kid’s Christmas book, this was fine. A little hard to follow at spots as we really jumped around, but my son had fun reading it and loved the tag team portion with Santa so that’s the most important thing.

Milan: I LOVE HALLOWEEN! This was a cool, but scary book. The pumpkin monster was scary, but not too scary. I really like KM in these books. I’m not so sure about Bahh. He’s like a Pokemon as he only ever says his name! I also really liked their pets! The panda is so cute and I don’t know what the other animal was (the ferret).

Jason: As a story, I liked this one better than Santa Claus is Coming To Brawl. I was a tad worried about the pumpkin monster illustration this close to bedtime with Milan, but it was more cool looking than scary and it resolved well, so that was a relief. The comedy hit a little better in this book and I didn’t have any problems following the story. This was a fun bedtime read with my son. 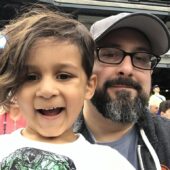 Jason Seifert is a lifelong wrestling fan and practicing attorney in Detroit, Michigan. He has been an active member of the Midwest Independent Wrestling Scene for almost a decade as a color commentator and manager, and is also the co-owner of the Sanctuary Fight Club.