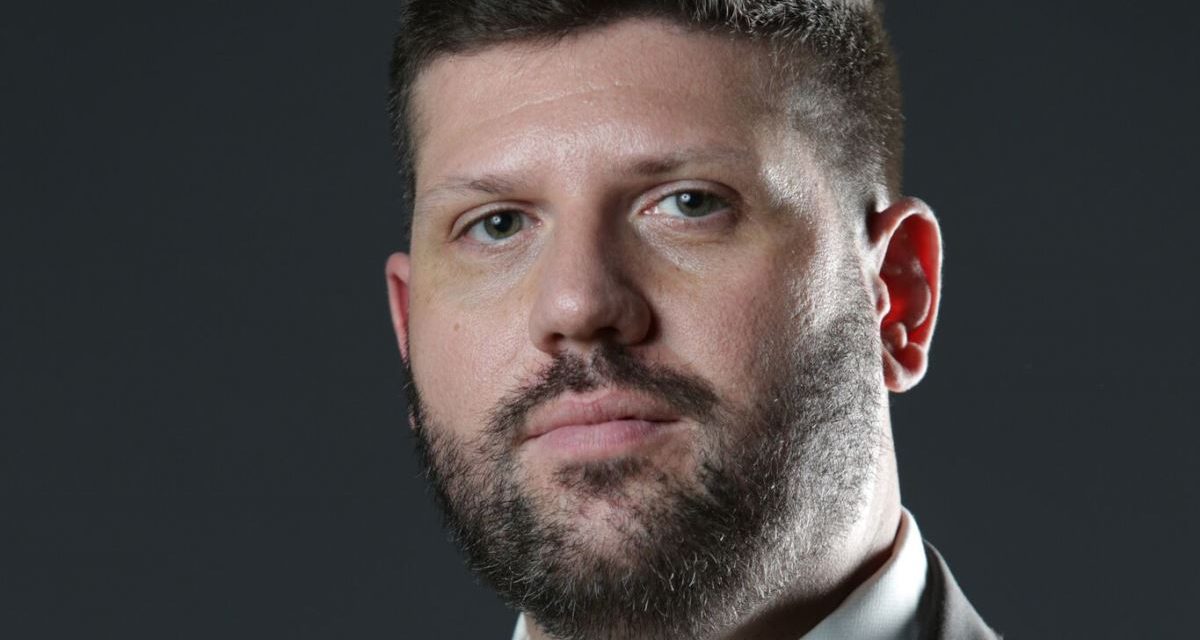 Entering a historic, busy week in professional wrestling, Major League Wrestling’s creator and CEO, Court Bauer, did his part to get some attention for his promotion, answering questions from the media on Monday.

Bauer promoted MLW as the fastest growing American promotion world-wide. To get there was been a marathon, not a race. Bauer initially started MLW in 2002, and ran it for a couple of years, until moving into other jobs, including writing for WWE and working for UFC. He re-started the promotion in July 2017, and it became a bigger player when its weekly television show, MLW Fusion, debuted on BeIN Sports in April 2018.

Much of the talent on its shows are signed to exclusive deals, keeping them away from WWE or AEW. The MLW World Heavyweight champion is Jacob Fatu, and the MLW crew includes well-known names such as Austin Aries, Teddy Hart, Davey Boy Smith Jr., LA PARK, and Simon Gotch, mixed in with fighters with legit backgrounds, like Tom Lawlor, Timothy Thatcher, and Douglas James, as well as plenty of names on their way up. Perhaps its greatest strength has been on the microphone, with Tony Schiavone calling the action and Jim Cornette calling it as he sees it; today, MLW announced that AJ Kirsch was joining its list of broadcasters. 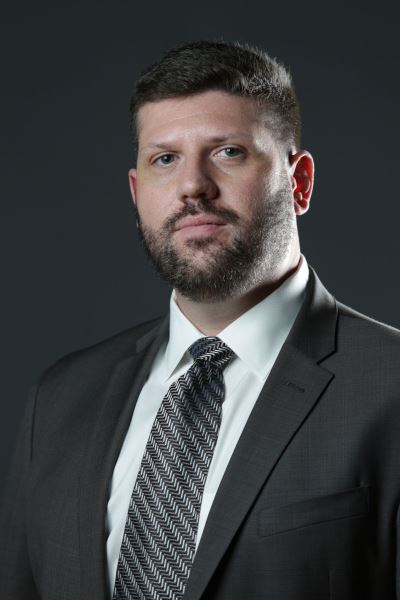 Here are some of the questions that Bauer answered from the media, which had been asked to submit questions via email ahead of time.

How is MLW growing internationally?

“[We’re growing in] nine countries alone thanks to our deal in Africa with Start-Times. We have a lot of eye-balls on us and content deals.”

“Partnerships with other companies have helped grow the company in Mexico and Japan. Alexander Hammerstone’s match from Japan is a good example. It gives it a different scope. Hammerstone spent a month over there with Pro Wrestling NOAH, and just came back. To be with that level of talent gives him the ability to level-up mechanically as a wrestler. In the U.S., Canada, Puerto Rico millions of homes have access to Major League Wrestling.”

How does MLW hold onto talent with so many professional wrestling companies out there?

“MLW is the first option with those wrestlers with multiple deals. AEW has a good relationship with us. Tony Khan from AEW was able to make a deal with me over my cell-phone while I was on a boat during a fishing trip.”

“A big share of the industry isn’t the WWE. WWE had a massive grip on the market share. There is an industry out there outside of the WWE.”

On MJF [Maxwell Jacob Friedman] as a potential booker in the future:

“He’ll be a hell of a booker, mark my words”

This Saturday in Tijuana, The Crash. What are the plans?

“It’s going to be a historic night for us. We plan to have at least 5,000 fans. Mance Warner suffered a collapsed lung. He’ll be missed in Mexico. Originally he was going to be in a tag match with Savio Vega, Damian 666 and Jimmy Havoc. It will have a different feel by design as it’ll now be booked as a triple threat match without Warner.”

On a potential women’s division. What’s on the horizon?

“We’re on that! It’s in the works. We’re going to bring the women’s division online by the fourth quarter. These are fighting athletes and it’s important that they’re positioned as such. The goal of the division is to make it global in skill and competition. I’m inspired by athletes who have transcended the sport in feel and competition. It’s important to showcase the journey of a female athlete. Women from Japan, to Mexico have put on some of the most cutting edge matches as possible.” 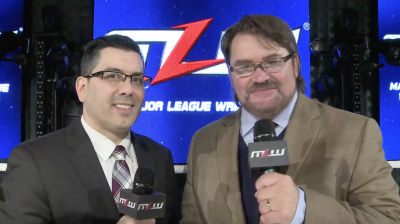 On the MLW broadcast team:

“Rich Bocchini will be one of the commentators and AJ Kirsch. We are deepening our bench as we grow. Me and Rich sometimes spent a lot of time together late at night editing and I mean long editing sessions that were sometimes up to 38 hours. In the future Tony Schiavone or AJ Kirsch will be a part of the MLW broadcast team.”

During the media conference call Bauer momentarily directed the attention to Rich, who helped him organize the media telephone scrum in regards to the polarizing, animated personality that Jim Cornette is.

On Cornette’s future with MLW:

“No future dates with Jim, but he’s always a wild-card.” Bauer comically asked Rich how it was to ride in a car with Cornette. Rich answered by saying that he had a good time.

“PARK is one of the iconic luchadores, and has been a big driver in merchandise and ticket sales. He spikes ratings. It’s a big battle of the monsters. In many markets LA PARK is a super babyface for us. On November 2nd is our pay-per-view. Pay-per-views are thriving and [big television companies] are giving a lot ad dollars for the programming. Awareness will be driven by the pay-per-view companies. A subscription to The Zone is $19.95.”

On the cross-over between mixed martial arts and professional wrestling:

“There is less of a cross-over between mma and professional wrestling. It’s far less than it was.”

“She’s a prodigy. If you tell her something once, you don’t have to tell her it again. She’s only 22, what will she be like when she’s 25, 26? She is the first Spanish announcer to call weekly pro wrestling.”

Who else can potentially be the face of MLW?

“You can definitely make a case for Salina. I don’t like to single out anyone. MLW isn’t a house of cards based on one [particular] wrestler. I have an ensemble approach called ‘the fusion five’. I base my promotion around this formula.”

Is the price going to be the same on all of the pay-per-view providers?

“Only Direct TV marks it up slightly. The only way to get it is Fite-TV. Their standards are incredibly high.”

A lot of questions were asked about Teddy Hart, and if he’s healthy?

“Austin Aries versus Teddy Hart … I might be able to make this dream match a reality.”

On whether there will there be a MLW video game?

“Yes. I want a game, but I’ve also played a lot of awful wrestling videogames in my time. An MLW wrestling figure line is on the horizon. We’re starting one.”

“Teddy Hart has his own doll. Merchandise is up 900%. and 87.5% of events have been sold out. Going on the road can be dangerous. Promoters can lose money.”

“There has been big growth in attendance and in markets. I am very happy about the health of our business. There are streaming deals and we’re on Playstation View. Our success story and next frontier for us is: streaming.”

“The Halloween special show is in October and there will be a Thanksgiving night show. I’m working out those details now.”

On adding international talent to the mix:

“Minoru Tanaka’s background in shoot-wrestling is significant, he can fly and he can have a wild match. MLW is all about showcasing wrestlers and adding international talent adds a different dimension.

On wrestling legends or superstars that Bauer would like to have in the company:

It’s such a crowded landscape why should anyone give MLW a shot?

“MLW is different. No other product celebrates hip-hop like us. Our product fits the realm of combat sport. Sometimes people say it feels like ECW, sometimes Mid-South, or Georgia — [the product is constantly shifting, changing, it’s alive like live-wire. We don’t have writers. We don’t have scripts. We collaborate with the talent. We do little by little.”

“The best is yet to come. The milestone is pay per view. It’s an incredible, fulfilling journey like I’ve had on this odyssey.”

Bauer concluded the media conference call by thanking the media.

“Because of the media’s coverage there’s more interest in MLW. Tom Lawlor will be wrestling at Superfight and against Davey Boy soon.”