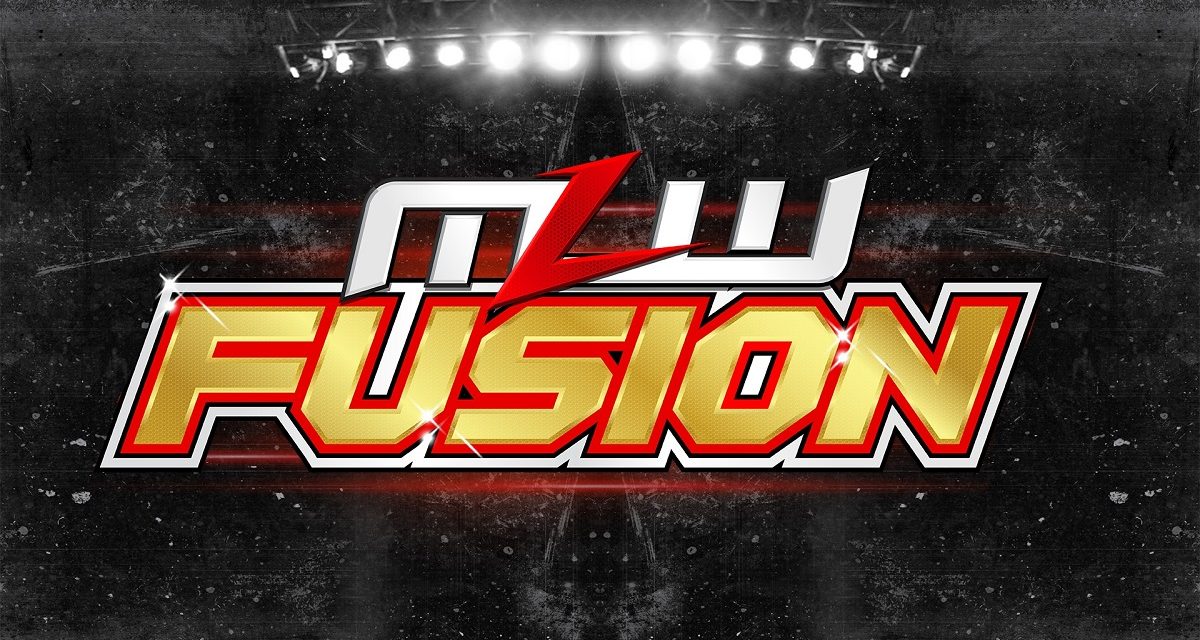 The pro wrestling landscape in 2018 is richer than it perhaps has ever been, with many companies vying to be number two behind the WWE powerhouse. There’s the long-established Impact Wrestling, the innovative Lucha Underground, the Sinclair Broadcasting-backed Ring of Honor, the widely-syndicated Championship Wrestling from Hollywood … but what about Major League Wrestling? asks its owner Court Bauer.

With its Major League Wrestling: FUSION broadcast on Friday nights on beIN Sports, plus beIN en Espanol, MLW belongs in the conversation.

“I can also throw my name in the ring,” Bauer said earlier this year, estimating that MLW clears 50 million on cable between the English and Spanish channels. “When I get a lock international, I’m going to really give a run for the money on where we are in the pecking order.”

He shared his thoughts on some of the competition.

“Impact certainly has diminished in terms of its star presence, the awareness, consumer confidence; it’s one thing to have viewers, and it’s another thing to convert them to customers. That’s where Ring of Honor right now is excelling, almost by virtue of the New Japan connection to Bullet Club. So it’s almost like part of what’s propping them up is artificial and that’s not to demean what they are, what they are doing, but it’s an interesting dance, with New Japan and what they want to do. Interesting story dependency.”

Bauer mused during the interview, conducted before the joint ROH-New Japan Pro-Wrestling show was announced for WrestleMania weekend at New York City’s Madison Square Garden, how ambitious NJPW was in the U.S.

But what is MLW?

It’s got an interesting history. After cutting his teeth with the Wild Samoans in Pennsylvania, Bauer started the promotion in 2002, and its Underground TV show, hosted by Joey Styles, tried to fill a void left by the demise of ECW and WCW. 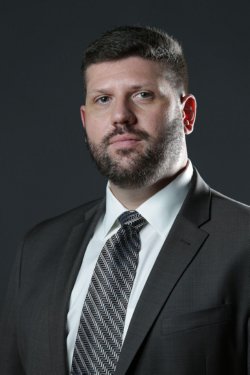 “Pressure for me was MLW in ’02-’04; I’m a kid responsible for up to 30 families, 30 people’s lives, a production crew and making sure month to month we were going to keep growing this thing. And so it was an immense burden on me,” revealed Bauer. “Every show we lived, really, off of the box office, very limited international rights. So bad booking sunk us, bad marketing … killed me.”

Then Bauer left, and, after a brief aside in the entertainment world, got a job working as a writer for WWE television. He has no regrets of his time there, and learned oodles about the business. With a young family at home, he was fortunate to be a part of the “home team” that didn’t have to travel extensively, primarily working out of the WWE Stamford, CT, office.

It was hard but rewarding work. “It’s a lot of sacrifice, more sacrifice in terms of your time than probably any job I’ll ever have. You’re on a conference call one day for four hours and it’s Thanksgiving or it’s Christmas Eve and you’re expected to be on it; when the chairman’s is on it, you’d better go on,” Bauer said, referring to Vince McMahon. “If he’s going to do it, he expects you to do it and go above and beyond. That’s exhausting. That created burnout, it created resentment for some. Certainly, for me, there was a moment when I said, ‘You know, I think this lifestyle at a certain point is not going to be something that is compatible with what I desire out of my job. You can give me all the stock options in the world — and they pay you great. I can never complain, I was treated really well, but there’s a point in time where I felt, ‘Well, okay, maybe it’s time for me to look at something else.'”

The growth of mixed martial arts intrigued him. “I was dying to get into the UFC. I was a huge MMA guy, and Brazilian jiu jitsu,” he said. Bauer cold-emailed UFC boss Dana White, who told him some of his employees were actually in Stamford, at the offices of WEC, which owned the TV station VERSUS.

“I went from meeting with Vince McMahon at 6:30, or whatever it was that night, and going down to the Marriott, to have dinner with the guys, 30 minutes later. I knew then and there I wanted to move on,” said Bauer. He then did some work for UFC and then Strikeforce.

“I was such an MMA junkie. So there was so much UFC to consume, that I kind of pivoted and got my fix from mixed martial arts,” said Bauer. He didn’t really follow pro wrestling much, but the CM Punk “pipe bomb” shoot interview-like promo drew him back in.

“I started watching episodically again. It was really great. Because you have to remember, by ’08, outside of WWE, it was slim pickings. Japan was like a wasteland, it’s not like it is now,. You had NOAH, somewhat, but even they have had challenges with Misawa and his passing … Mexico wasn’t really accessible for me, so there really wasn’t much. UFC though, it was batting a 1,000. It was phenomenal, the smaller cage … it was really on top of the world back then and all the great talent they had down there … You didn’t have this independent wrestling wave of excitement that you have today. It was just a different time.”

Wrestling was in his blood, as they say, and soon the plans began for the return of MLW. 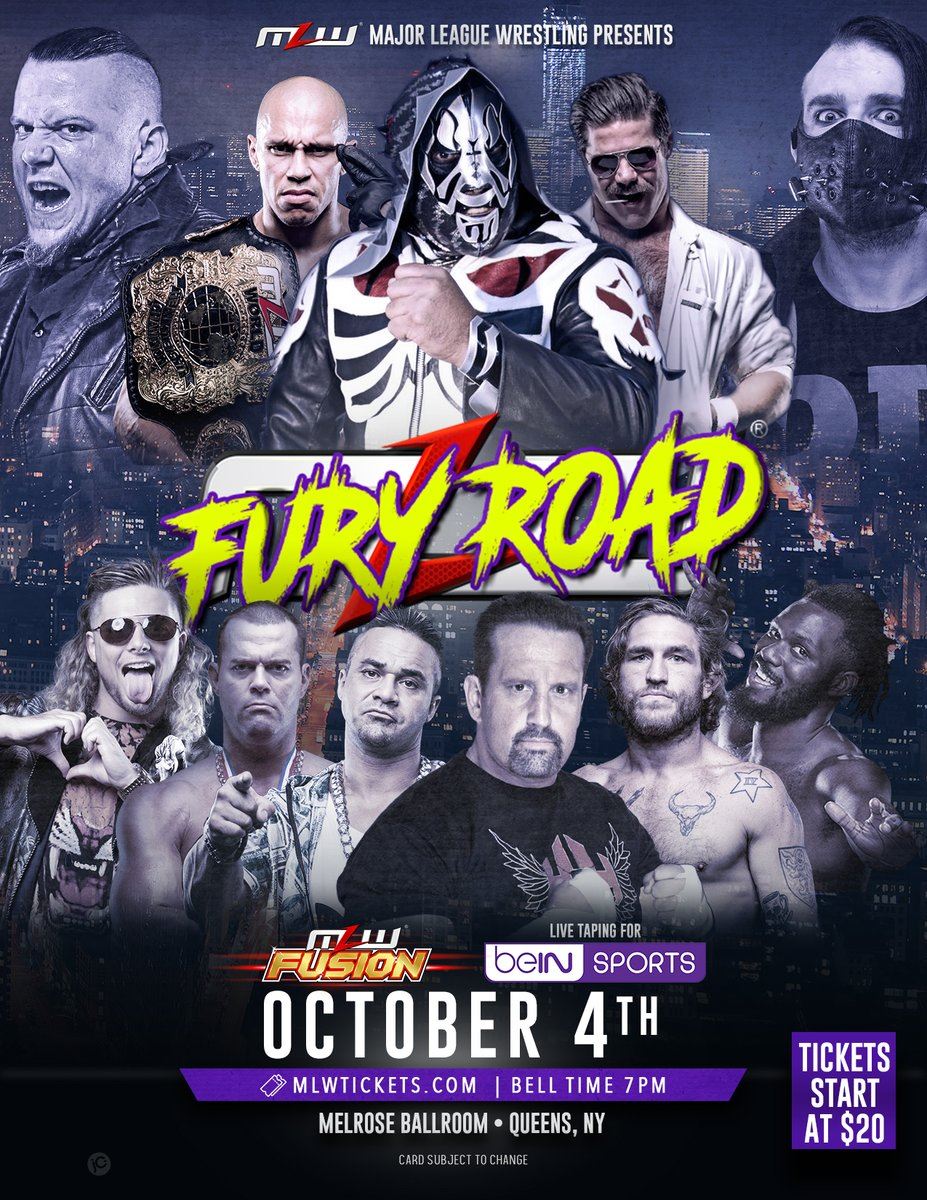 “But in the end, I think that part of me too was a little too much as an entrepreneur, to this day. I enjoyed my time in WWE, but I’ve never had as good a time as I’m having now doing what I’m doing. Partially because I actually work better as a boss instead of reporting to a boss,” said Bauer.

It started with helping with WaleMania, the show promoted by the rapper Wale, in Orlando, Florida, and grew from there. Bauer’s many contacts, both in wrestling and MMA, meant access to sponsors and people to help put the shows together. Simultaneously, he had created the MLW Podcasting network, which was perfect to help promote live events.

“We have a promotional arm with the podcast,” said Bauer, estimating anywhere between 8 and 10 million people listen monthly. “We have great connections within the wrestling world. Guys were willing to work for us a different rate than they would for another event. And we have unique access to media; being able to be on ESPN radio in the States to promote and talk up an event, to be able to be regularly covered in Sports Illustrated and a local hip-hop radio in Orlando. These kind of things just gave us a unique advantage beyond just, okay, we’re running a wrestling show like a another promoter.”

So Bauer is back as a full-time promoter and MLW seems to be growing, announcing new dates and new locations regularly. This Thursday, October 4, is a big taping in Queens, New York.

He is trying to look at the worldwide picture. “It’s exciting that there’s an appetite for it. You know, we definitely have a good product for distributors. The one thing you hear is they didn’t expect the production standards to be where they are with something like this at this point because it was still very startupy in terms of what it is and where it’s at. Behind the scenes, we have a great pedigree, people that have been at the highest levels, coming together to put the show together. We also have young, fresh minds and talent, which I think also helps keep the product feeling fresh. I’m really lucky right now. It’s timing. It’s talent, it’s who you know.”

Calling the action in MLW is Tony Schiavone. The former voice of World Championship Wrestling revealed he’s onboard for the long haul “I signed a three year deal with Court. It sounds glamorous, ‘Oh, you signed a three year contract with MLW?’ Yeah, don’t let that fool you man, it’s not like three years, $25 million,” said Schiavone. “But I signed with him and I can envision myself, I turned 60 in November and I can envision myself just hanging around here.”