Rick Bognar, who wrestled as Rick Titan and was brought into the WWF as a replacement Razor Ramon, as Scott Hall had left the company, had died, his brother revealed. He was 49.

“It is with great sadness that I share some news with Rick’s Facebook friends. On September 20th Rick passed away suddenly and unexpectedly at the young age of 49. It is tough to comprehend and will likely never sink in fully,” wrote Ken Bognar. “Rick left behind a great legacy and I know he will be remembered and missed by all of us.” 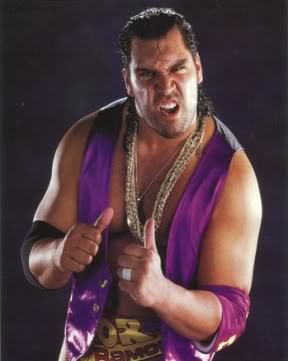 No cause of death was reported.

His post-wrestling years found Titan penning a self-help book, Wrestling With Consciousness, and as a motivational speaker at countless events.

Born January 16, 1970, Bognar went to high school in Surrey, British Columbia, at Earl Marriott Secondary School, growing into a 6-foot-6 man, when he went to Calgary for Mt. Royal College.

But there was another reason to move to Calgary — he wanted to be a professional wrestler.

A 2013 Calgary Journal story said that Bognar had always been fascinated by fitness, and at age eight, he had plastic, sand-filled weights to help him work out.

“I’ve always been very decisive ever since I was a kid. Stubborn sometimes too I guess,” Bognar told the Journal‘s Anna Brooks. “I was really into muscle and fitness even as a little kid. I wanted to look like the guys in the bodybuilding magazines.”

Though Stampede Wrestling was closed at the time, he found other trainers. An early in-ring name was Mega Mask, but Rick Titan was the name that took hold.

A frequent opponent in those early days was Chris Jericho. “Sorry to hear about the passing of my old friend @titan.rick today. Rick was a constant opponent and friend from the first month I moved to Calgary in 1990, all the way until we (and @stormwrestlingacademy) worked for #WAR in in Japan in 1995,” he posted to Instagram. “He was a funny guy who did great impressions and a literal giant in the ring! I last saw him before a @fozzyrock gig in Calgary a few years ago and it was great to reconnect and catch up. 49 is way too young to pass away, but I’ll always remember his big smile and drinking #chuhi with he and @dr.luther whilst singing Karaoke in Japan! God bless you Rick! #ricktitan”

Storm also posted his memories: “I met Rick when I broke in, and worked with him locally and in CWA Catch. I hope fans remember him for his run as Big Titan with Mike Awesome in FMW, rather than as the fake Razor Ramon. After leaving wrestling Rick found Buddhism and became a motivational speaker. #RIP”

Bognar’s first big break came when Frontier Martial Arts Wrestling in Japan took a chance on him in 1991. He later competed in Japan’s WAR promotion as well, often with the late Mike Awesome. In Japan, he was known as Big Titan and Ti Do. 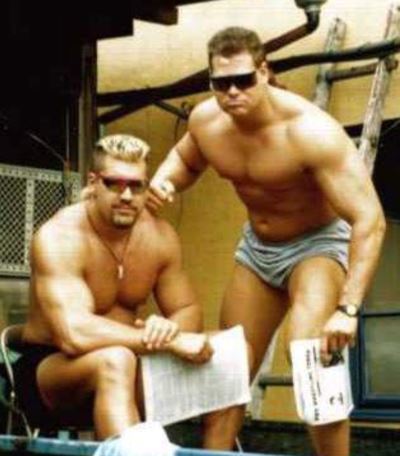 Paul Heyman took notice and brought Bognar in to ECW briefly, where, on a whim, he duplicated Scott Hall’s Razor Ramon mannerisms, as the copycat Blue World Order was popular at the time.

Bret Hart arranged for a tryout in WWF for Titan, but he had to wait, and wait. By mid-1996, he got the call he had been waiting for.

“Vince McMahon called me and asked me to call him back,” Titan told ESPN.com’s Tim Fiorvanti in 2017. “I was pretty excited about it, and then I got on the phone with him. He says, ‘The people want Razor Ramon back, and I want you to be my new Razor Ramon.'”

A villainous Jim Ross was initially the one that introduced them to the WWF universe, but he almost immediately returned to his role as an announcer.

The biggest moment was the replacement Diesel and Ramon challenging Owen Hart and The British Bulldog for the WWF tag team titles at In Your House pay-per-view in December 1996. In a 2010 interview with Sun Media’s Tim Baines, Bognar called it his favourite match ever. “Everything just seemed to go so smoothly. I felt so absolutely fantastic,” he said. “When you do it so perfectly, you don’t mind doing the job.”

The doppelgangers disappeared not long after the Royal Rumble.

“I tried to fill those boots, fill those shoes, that Scott Hall had built such a huge reputation on,” Titan told ESPN. “I thought it wasn’t going to fly that well, but it was my chance to get to work in the States after I’d been going to Japan for quite a while. I was frustrated and let down, but I know they had their plans and their bigger picture. For me, now, it’s one of those things I let go of.”

Titan was back in Japan, this time with New Japan Pro Wrestling, for a time. During a tour there, he happened upon the teachings of Buddha, and his life too a different, more enlightened path.

Not too long after, in 1998, Bognar stopped wrestling at the age of 29, with two cracked vertebrae in his neck.

At a loss over what to do, since wrestling had no post-career path or pension, he sought out contentment and self-actualization on his own, educating himself at various times at the Akshobya Kadampa Buddhist Centre, the Hoffman Institute, the Akshobya Kadampa Buddhist Centre and Kwantlen Polytechnic University, where he studied business and psychology.

It all helped him overcome an addiction to pain medicine. 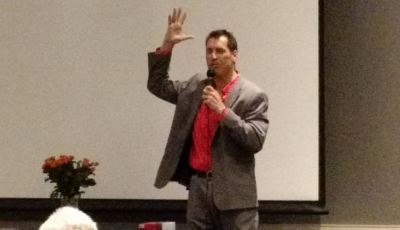 Rick Titan at a speaking engagment.

Bognar found joy in sharing his story, and was an in-demand speaker. His LinkedIn profile described his “edutainment” presentation: “To entertain groups with life experience stories and inspire people to attain higher levels of Peace and Happiness. Specialties: Relating the Sports & Entertainment industries to all positions in the work force and sharing the techniques of spiritual practice for a more effective and fulfilling lifestyle.”

His website (ricktitan.com) detailed his aim when working with others: “My goal is to get my clients and students empowered and back on track to a life filled with UnStoppable moments of happiness & success. Come on a journey of betterment with me, lets achieve your goals together.”

And his Twitter profile was a little more light-hearted: “Investment Specialist. Fire it Up! Trainer/Speaker, ‘Let Go of the Past’ / ‘Anger/ Frustration’ Coach”